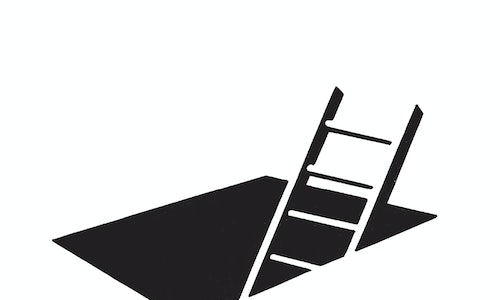 Lies and the Law

Concern over the role that lies and deception play in public life in the United States has reached new heights. Lies, half-truths, and conspiracy theories — from former President Trump’s “Big Lie” to misinformation about COVID-19 — zip around social media platforms, while fact-checking and other efforts to minimize their spread appear to rarely dent their power. Increasingly, they threaten our democracy and civic lives while raising concerning questions about our collective identity, the limits of human reason, and the freedom of speech. What can we do about lies in the public sphere? What can the law do about it? Are there cures here that would not be worse than the disease?

Spearheaded by Sr. Visiting Scholar and University of Chicago Law Professor Genevieve Lakier, the Knight First Amendment Institute’s “Lies and the Law” project explored these and other related questions through a series of public conversations, blog posts, illustrations, animations, long-form essays, and a day-long symposium at Columbia University that reached audiences in-person and online. The project sought to broaden the public conversation away from a now familiar focus on Big Tech and its role in the spread of lies and misinformation to ask more historical, political, and sociological questions. Featuring prominent legal scholars, historians, journalists, and practitioners, “Lies and the Law” offered expert and non-expert audiences alike the opportunity to reflect on and participate in this urgent public conversation.

From livestreamed public conversations and animated promotional content to publications and table-setting videos, the “Lies and the Law'' project used diverse multimedia to educate and engage different audiences. The project challenged everyone from experts to students to think deeply about what a lie really is, and the threat lies pose to the democratic order.

We put special emphasis on engaging different audiences at the same time, building a conversation between experts and the larger public across different formats and platforms. Short-form blog posts written by panelists, for example, engaged people who may not regularly read legal journals, while the animations and art engaged visual thinkers and social media users who may not regularly attend university-based roundtable discussions. This challenge was intensified by the pandemic, which required us to adapt to different event formats. Each roundtable was livestreamed via YouTube, and when health restrictions allowed, roundtables were hybridized in-person events with some panelists and audience members participating over Zoom. Roundtable moderators took questions rom both in-person and online participants.

The project culminated in a day-long symposium held at Columbia Law School, attended by legal scholars from around the country as well as members of the Columbia University community. [Due to university COVID restrictions, the broader public could only attend virtually.]

The project was accompanied by art created by Piotr Szyhalski. Drawing on the visual language of agitprop and historical propaganda posters, Szyhalski created a series of black-and-white images visualizing the project’s major questions, asking where we draw the line between truth and lies. These pieces were also transformed into posters and animated videos and shared on social media to promote and introduce each roundtable conversation.

We commissioned this art not only to complement the project’s academic works, but also to create a standalone visual component that speaks to the project’s underlying concepts in unique ways. Szyhalski designed the project’s main image — a ladder sitting in a white opening surrounded by a black expanse — as an optical illusion. It prompts the viewer to wonder whether the ladder leads us to climb into or out of the hole, a metaphor for the black-and-white nature of lies and truth. To increase the impact of the work, the Institute produced an artist profile video in which Szyhalski discusses his process and situates the work in a larger historical context. Through Szyhalski’s art, we were able to extend the educational impact of the “Lies and the Law” project across disciplines and beyond academic audiences.

The project’s live events were attended by over 1,700 people, and received over 4,400 views on YouTube. The roundtable animations based on art created by Piotr Szyhalski were viewed more than 26,000 times on Twitter, demonstrating the importance of visual art as a mode of engagement. Across the Knight Institute’s website, the project’s blog posts and event pages received over 17,000 hits. Audience engagement with the project across multiple platforms, in several instances, exceeded that of previous year-long Knight Institute projects.

The panelists ultimately concluded that, in addition to potential legal remedies, social and institutional change (that often starts with and includes the larger public) is essential in addressing the spread of harmful lies. Overall, “Lies and the Law” accomplished a larger goal of building a community of scholars, policymakers, artists, and an engaged public who share an investment in free speech and a robust information ecosystem. And the conversation continues. Over the course of the coming months, the Knight Institute will be publishing a series of papers that evolved out of the project and we will continue to engage and build the audience for this work.

Video for Lies and the Law 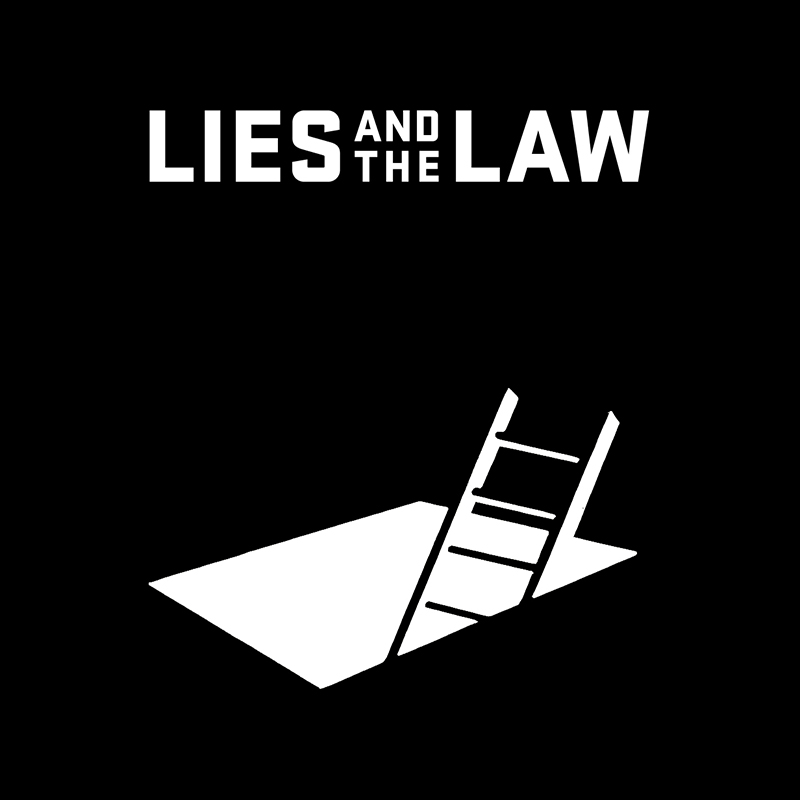 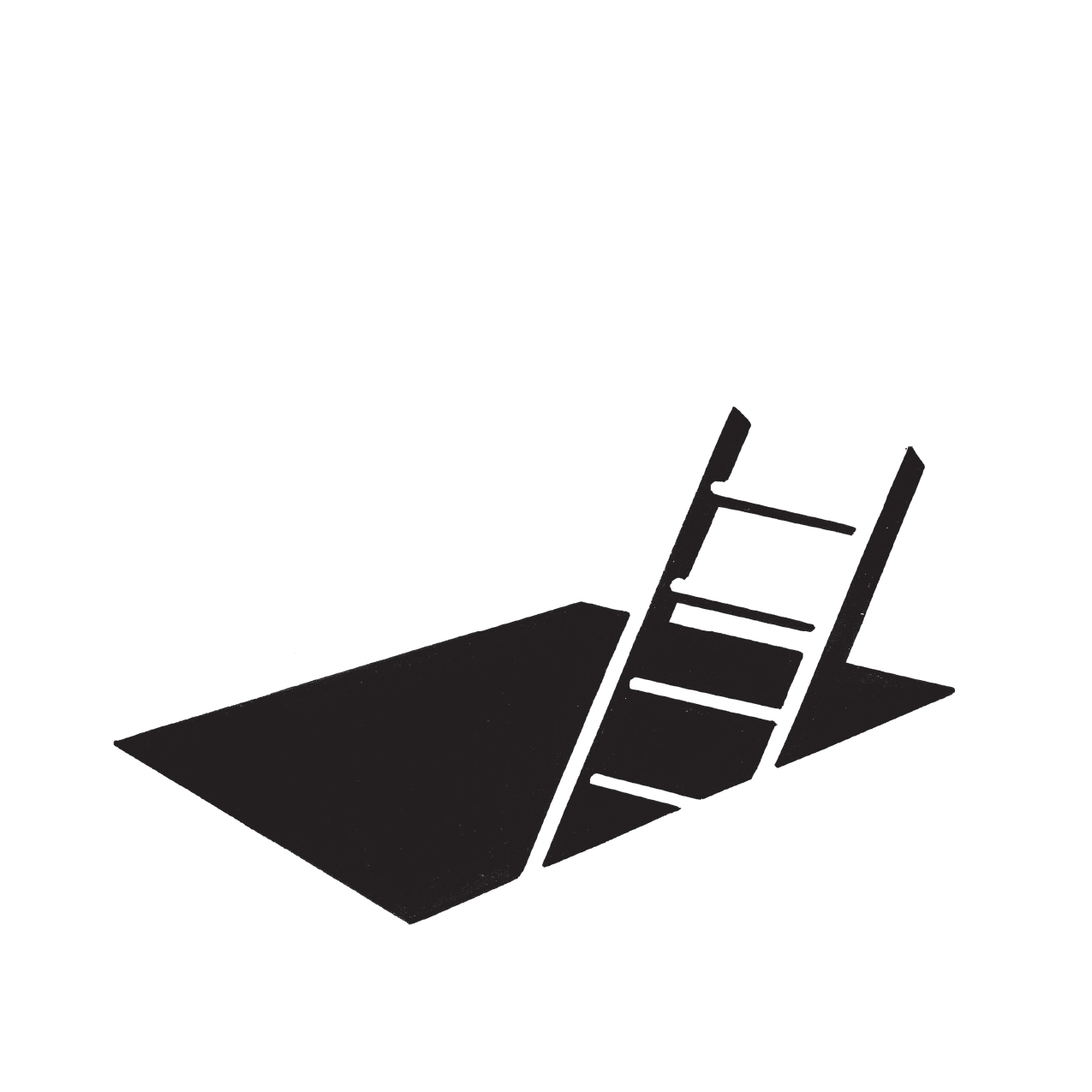 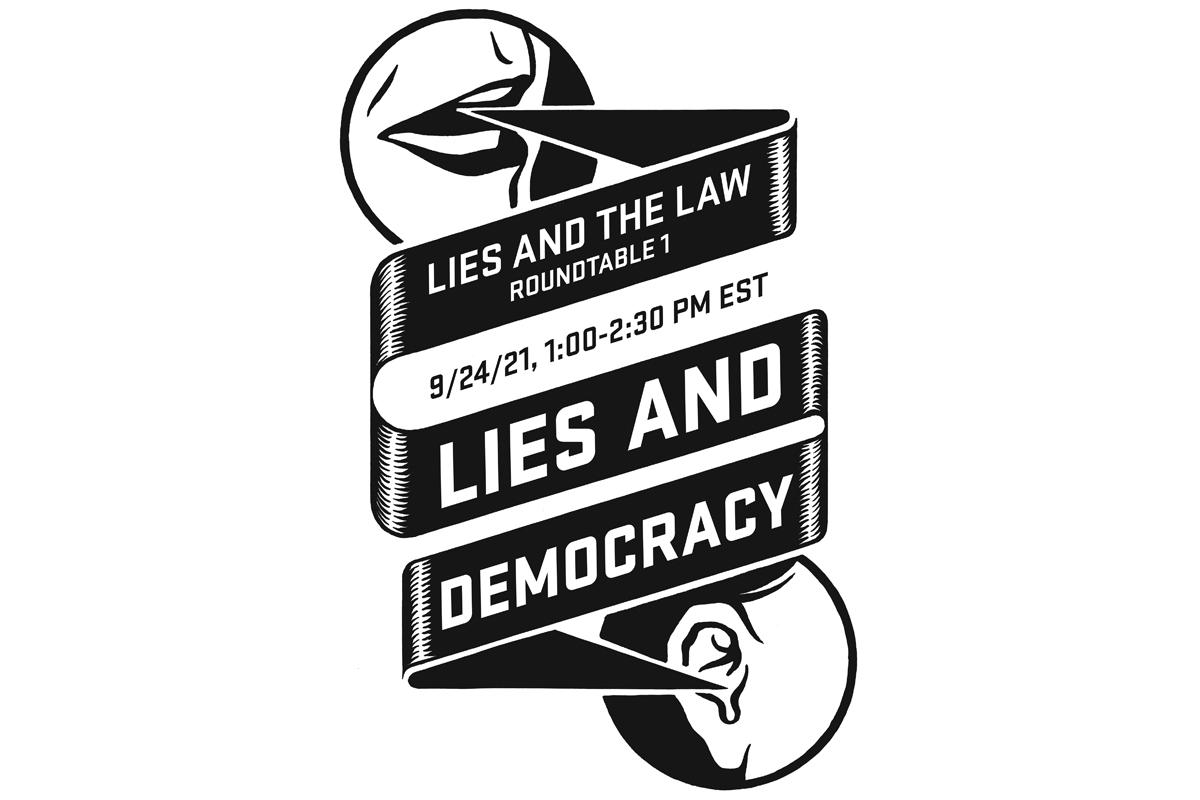 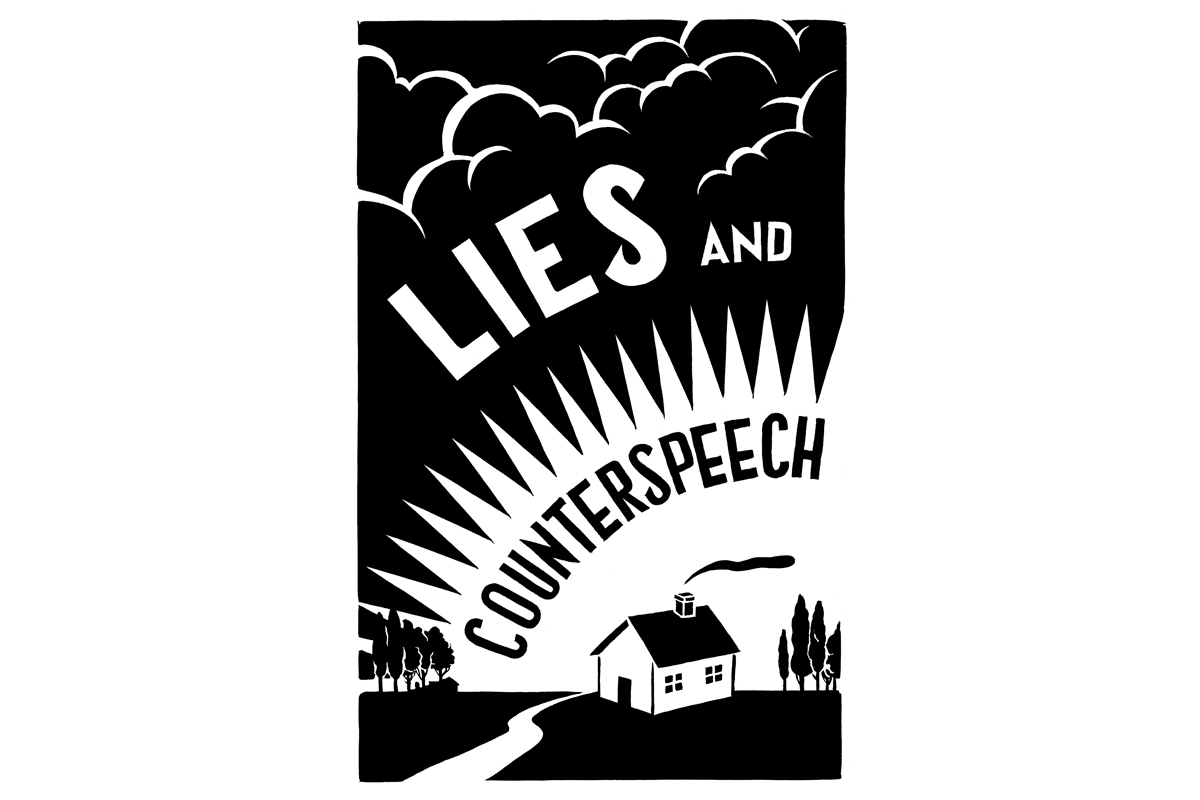 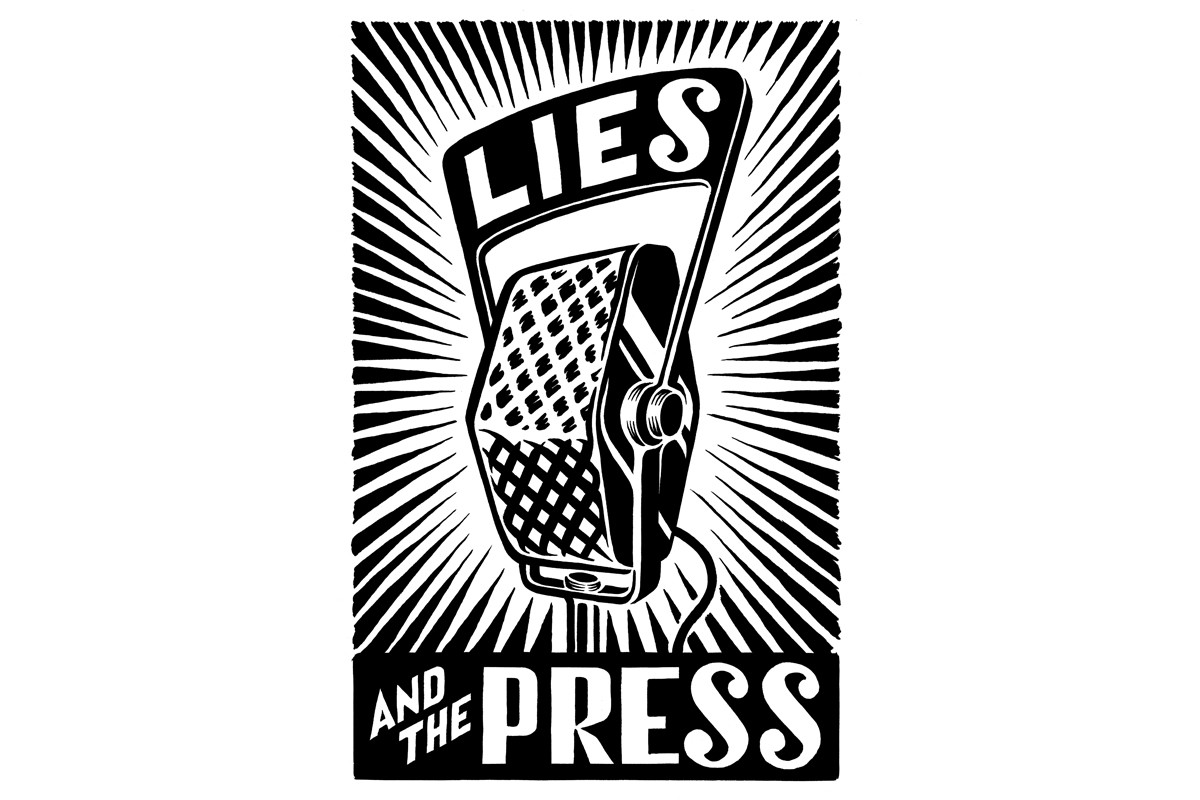 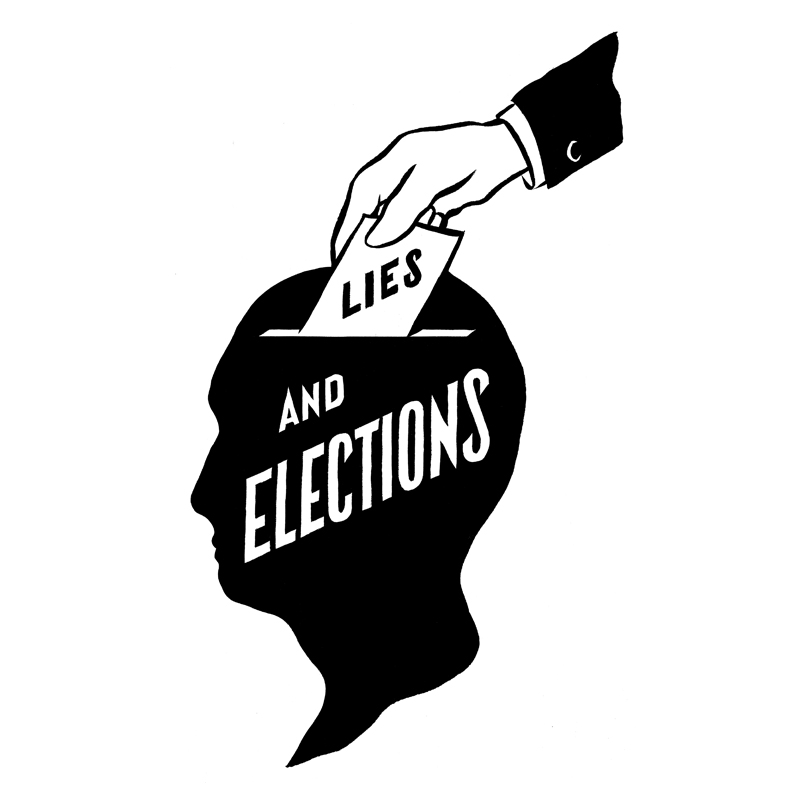 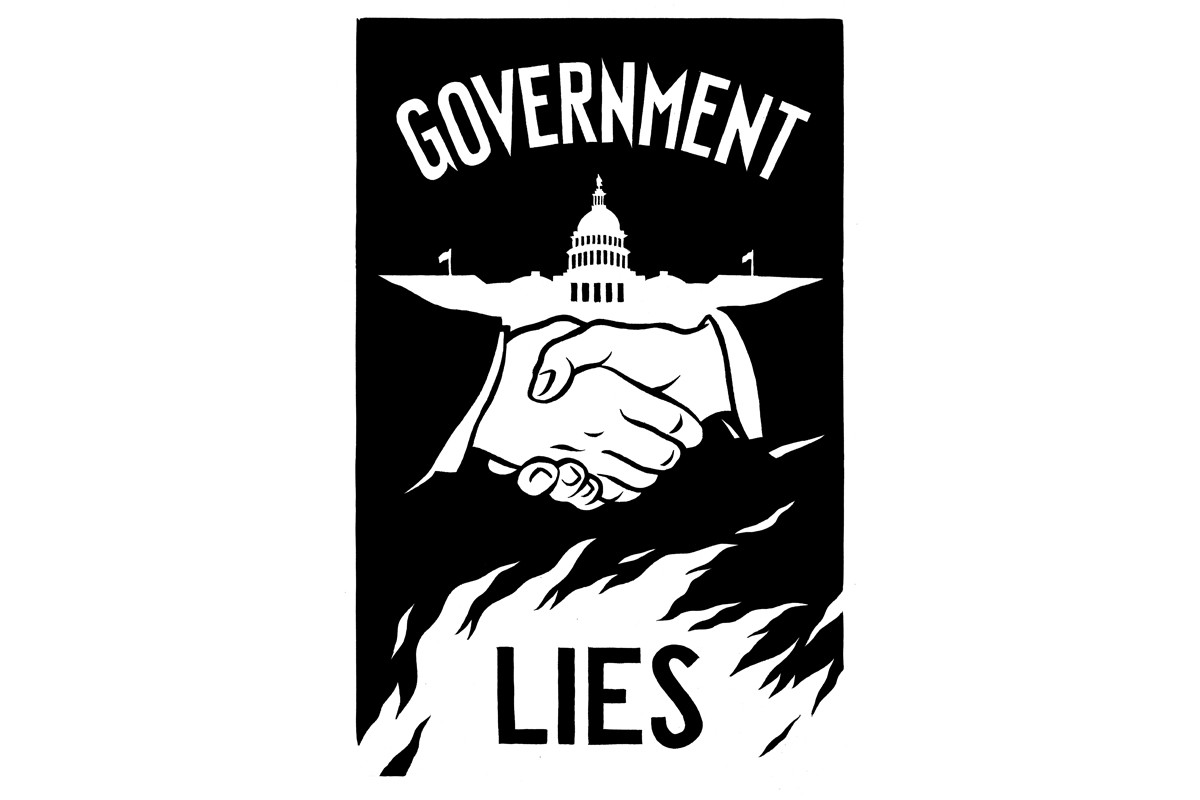