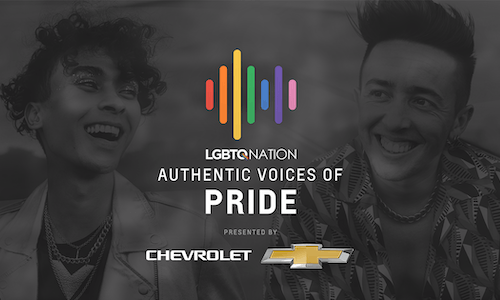 Winner in Campaign by a LGBTQ+ Owned Business

Audience Honor in Campaign by a LGBTQ+ Owned Business

General Motors’ vision is to be “the most inclusive company in the world”.  GM’s brand Chevrolet sought to enable the safe and honest conversations essential to making progress a reality in the fight for LGBTQ+ equality.

1.  Raise awareness and start conversations about significant issues LGBTQ face that do not get the attention they deserve.

2. Profile real LGBTQ who have experienced the issue, found a solution, and are now helping others.

3.  Support organizations and people who are making a difference and impacting change in the community.

4. Support LGBTQ owned media and the important work they do.

Q.Digital, the Certified LGBTQ-owned publisher of top LGBTQ media brands including LGBTQ Nation, Queerty, INTO and GayCities, works to create a world where LGBTQ are free to be themselves and live their life to the fullest.

In researching vital issues within the LGBTQ commnity for this campaign, key insights were discovered.

Q.Digital and Chevrolet partnered to shine a light on vital LGBTQ issues through intimate conversations, in-depth profiles, and first-hand stories from within our community.

Each topic flight includes a Q.Digital produced 10-minute long-form documentary-style video that profiles real LGBTQ who are impacted by the issue, interviews experts and notable people, and showcases organizations that are bringing the solution and working to create change.  The videos in long form and cut downs are shared on Q.Digital's social media including Facebook, Instagram and YouTube.  LGBTQ Nation also creates long form editorial about the facts of the issue, and the people afftected, which are shared on Q.Digital social feeds on Facebook, Instagram, and Twitter.  Each topic is paired with a chairty, and the audience is encouraged to donate with a special link with Chevrolet providing a matching donation (Family Equality, Black Queer Town Hall, Athlete Ally, Ruth Ellis Center, Lambda Legal, PFLAG).

Culiminteing in pride month in June 2022, "LGBTQ Nation's Authentic Voices of Pride, presented by Chevrolet" partnered with the LGBTQ film festival in NYC "NewFest Pride" to host a in-person screening and panel discussion that included Bob the Drag Queen, Marti G Cummings and host Alex Burg.  Q.Digital filmed the event and shared the video on LGBTQ Nation's Facebook and Instagram.

MATCHING DONATIONS RAISED FOR CHARITIES DRIVING THE SOLUTION:  Over $231,000 raised so far and counting!  Individual contributions from over 330 people.

BRAND ELEVATION:  36.37% of NewFest attendees said their pecerption of the Chevrolet brand had changed and they were now more interested in the brand. 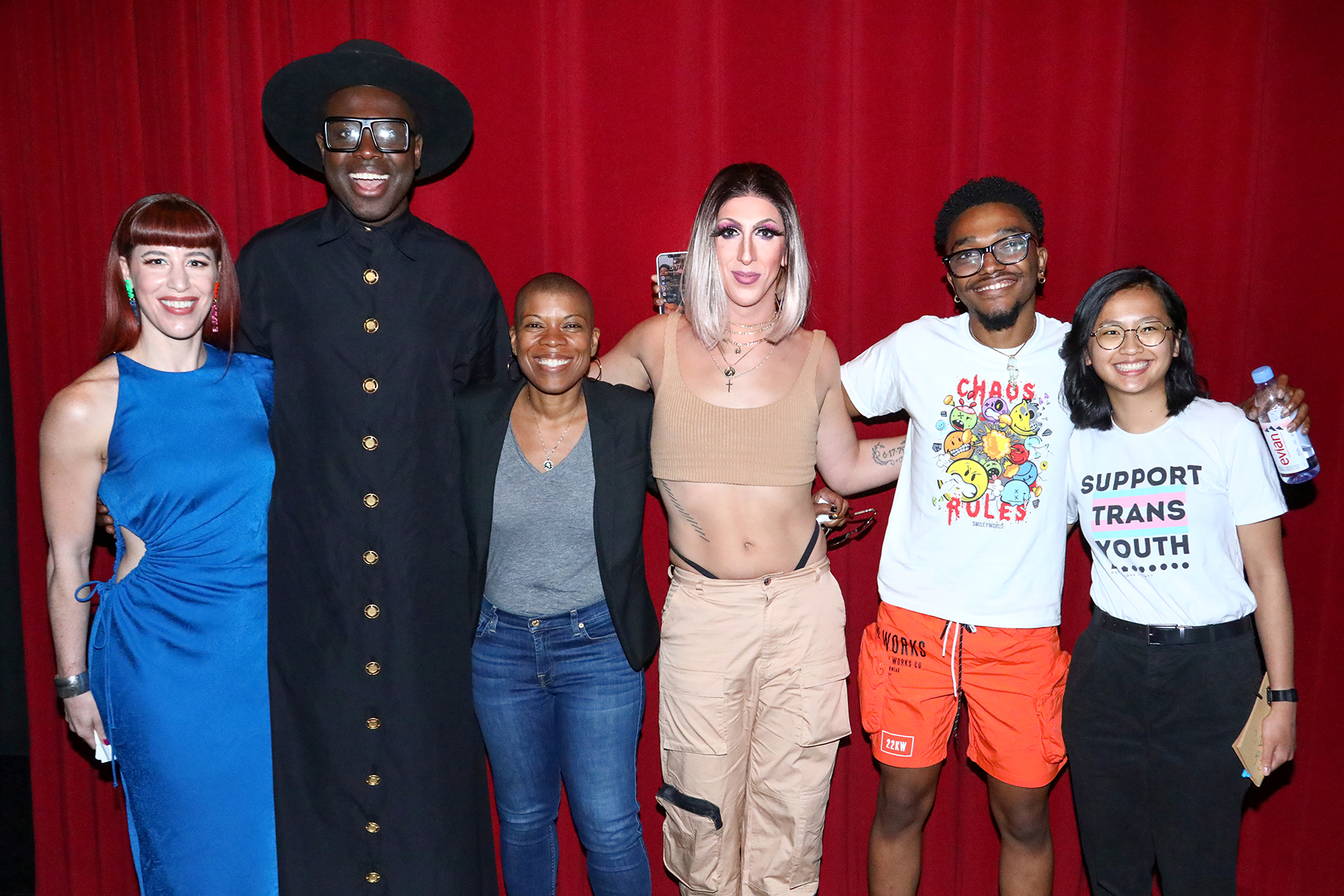 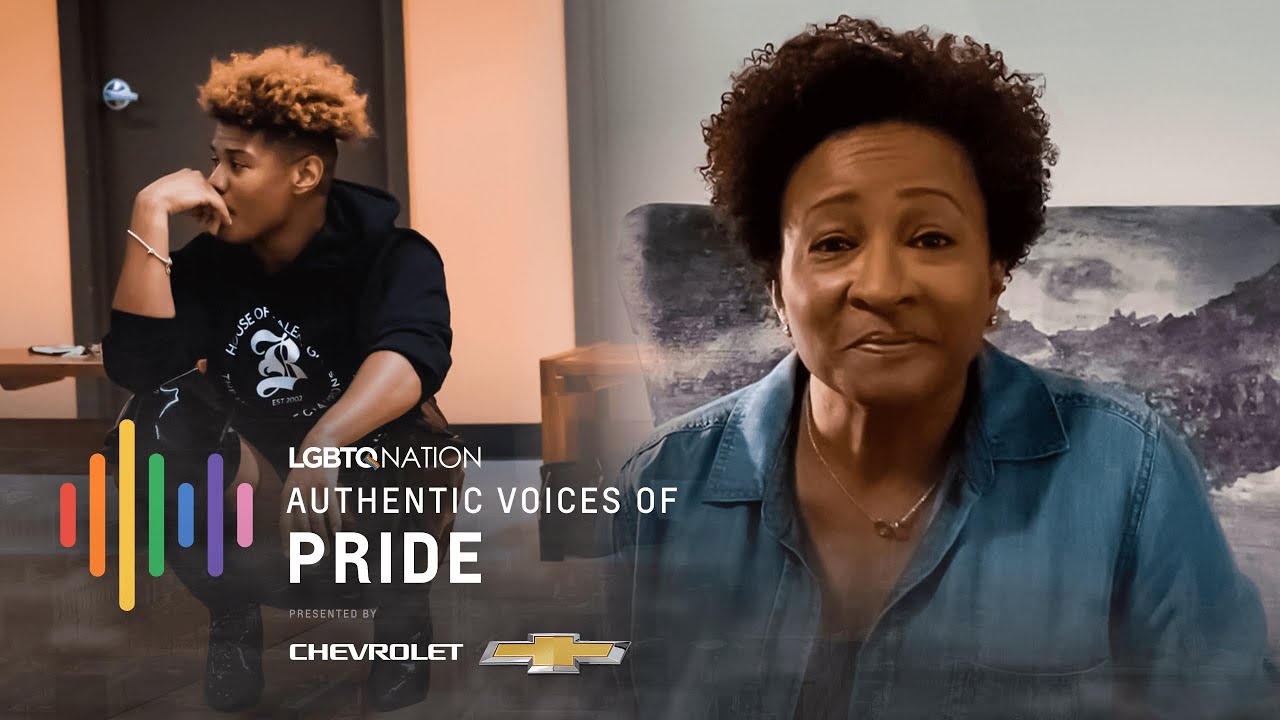 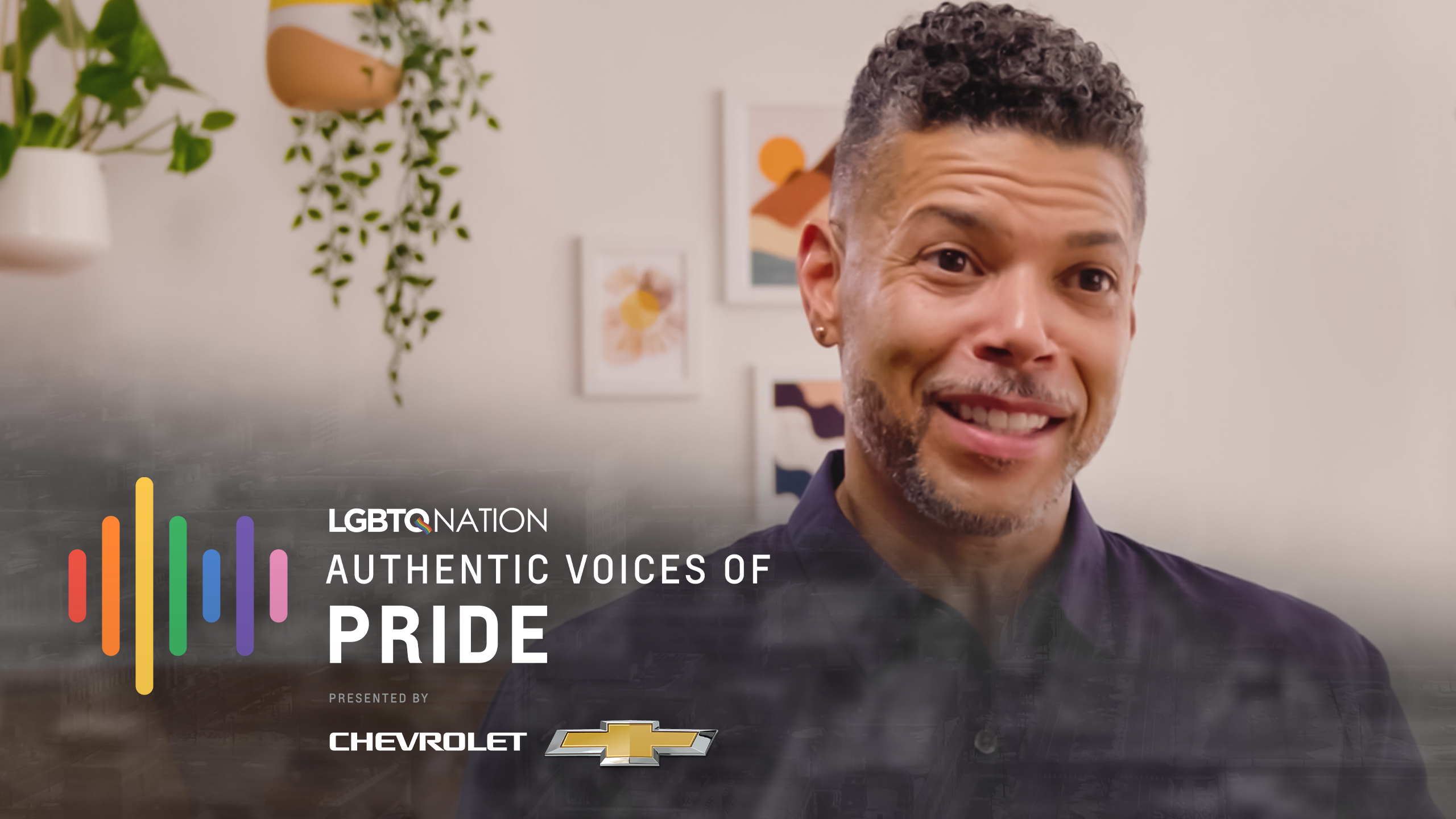 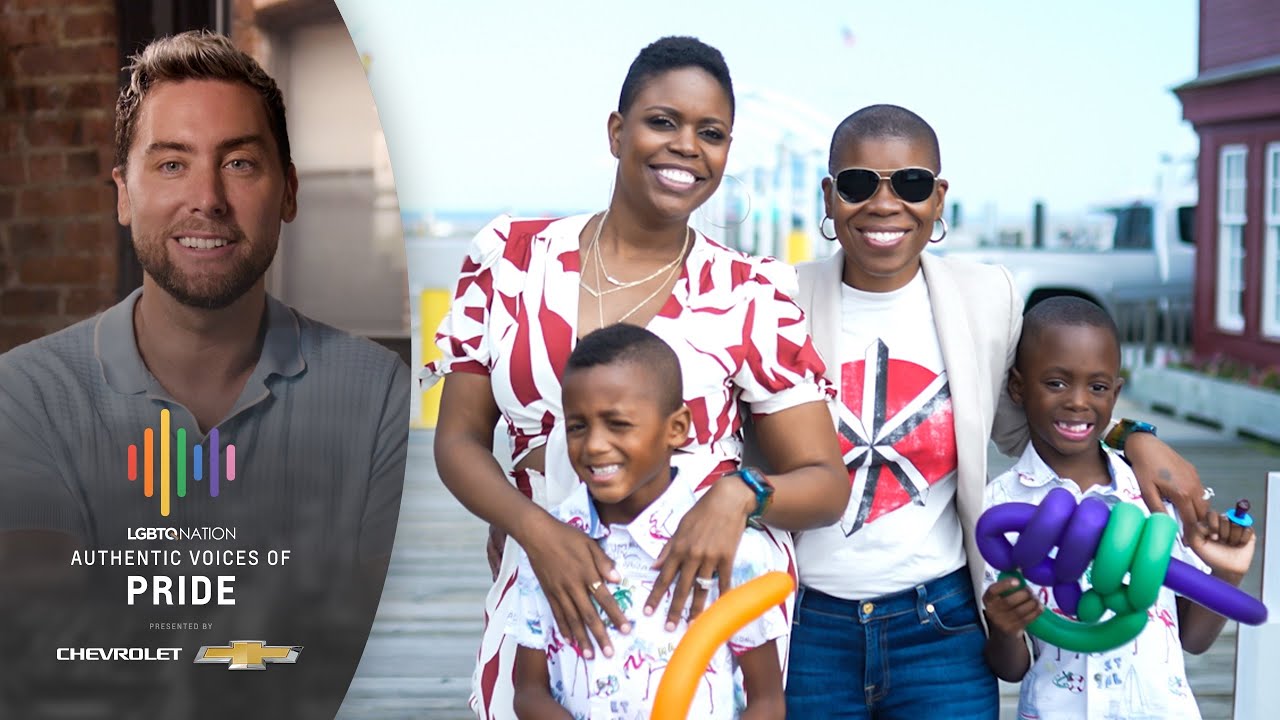 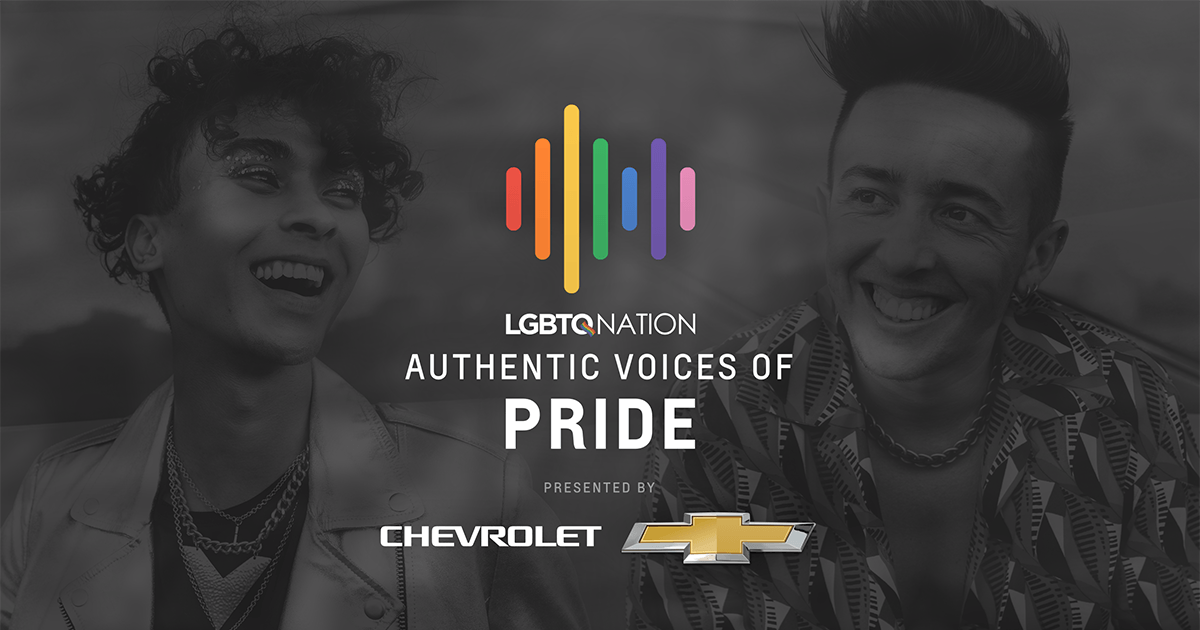 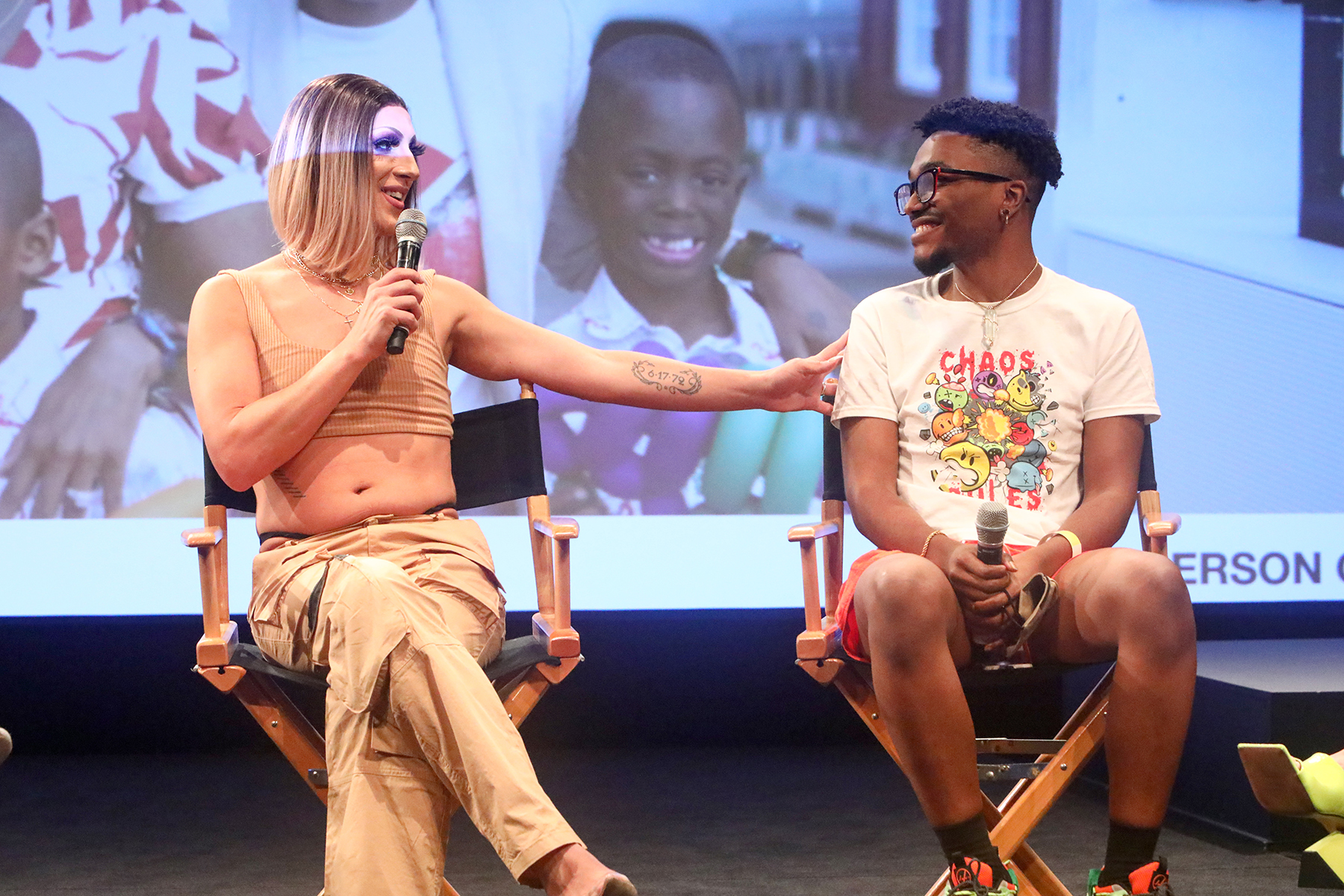 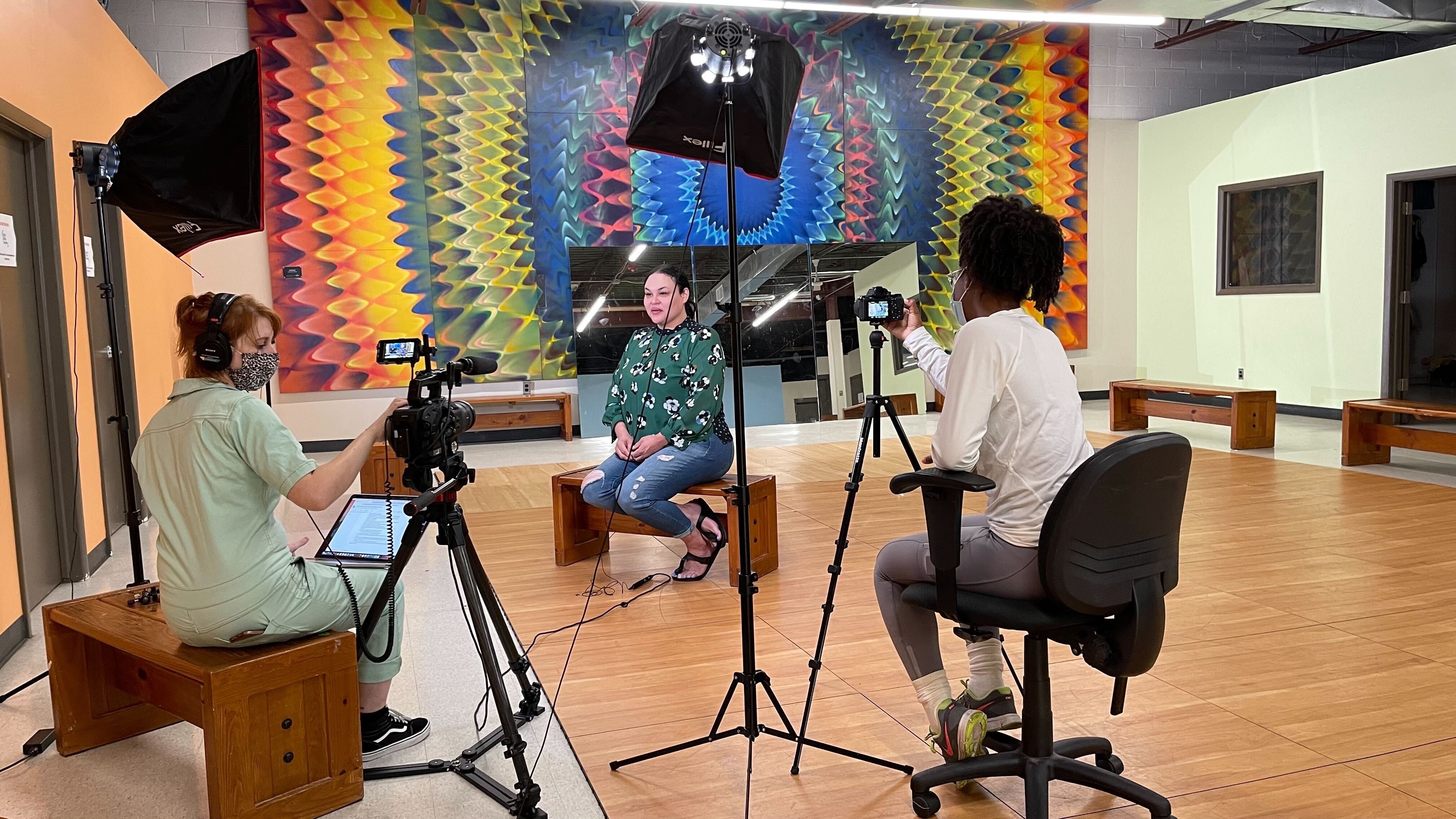 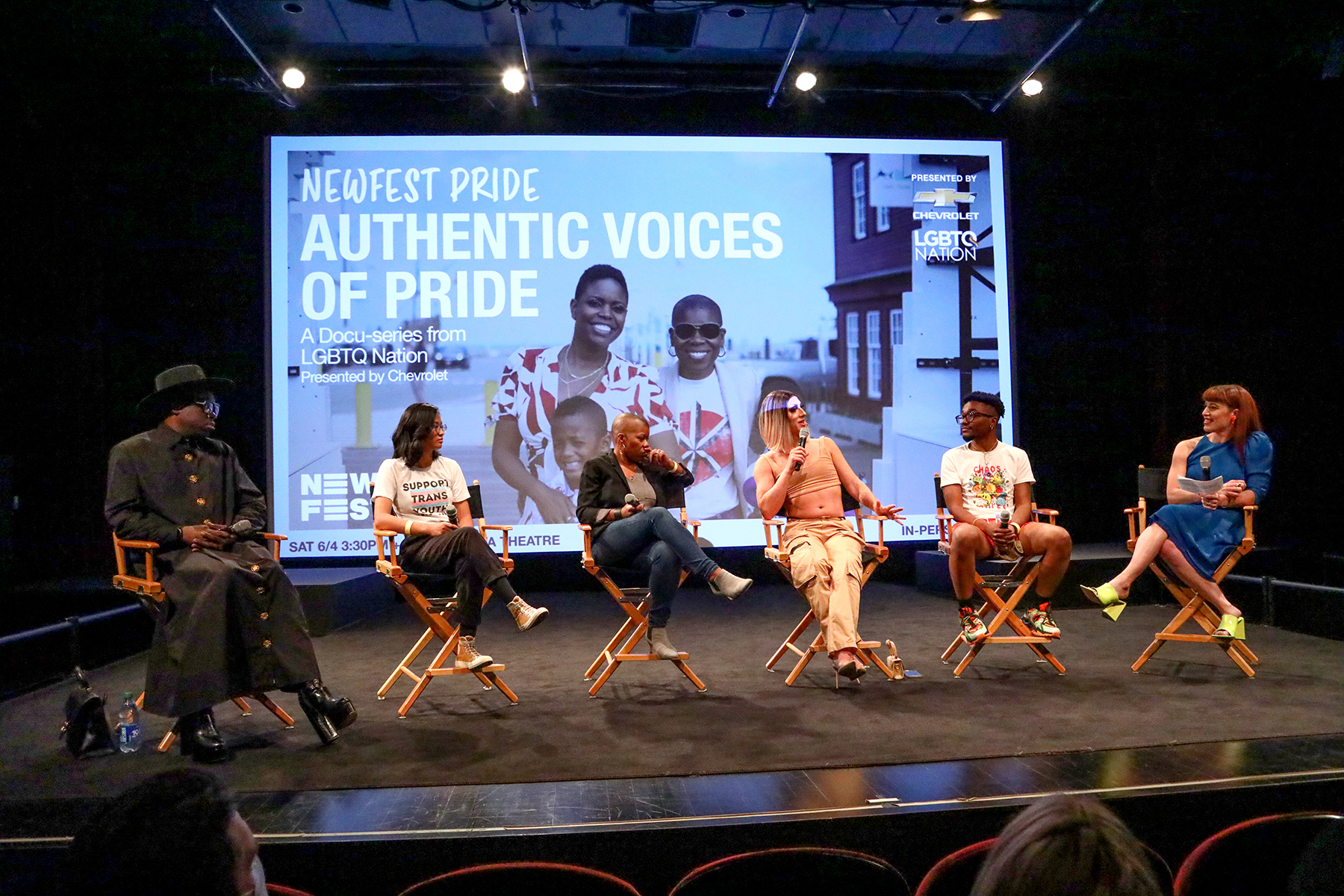 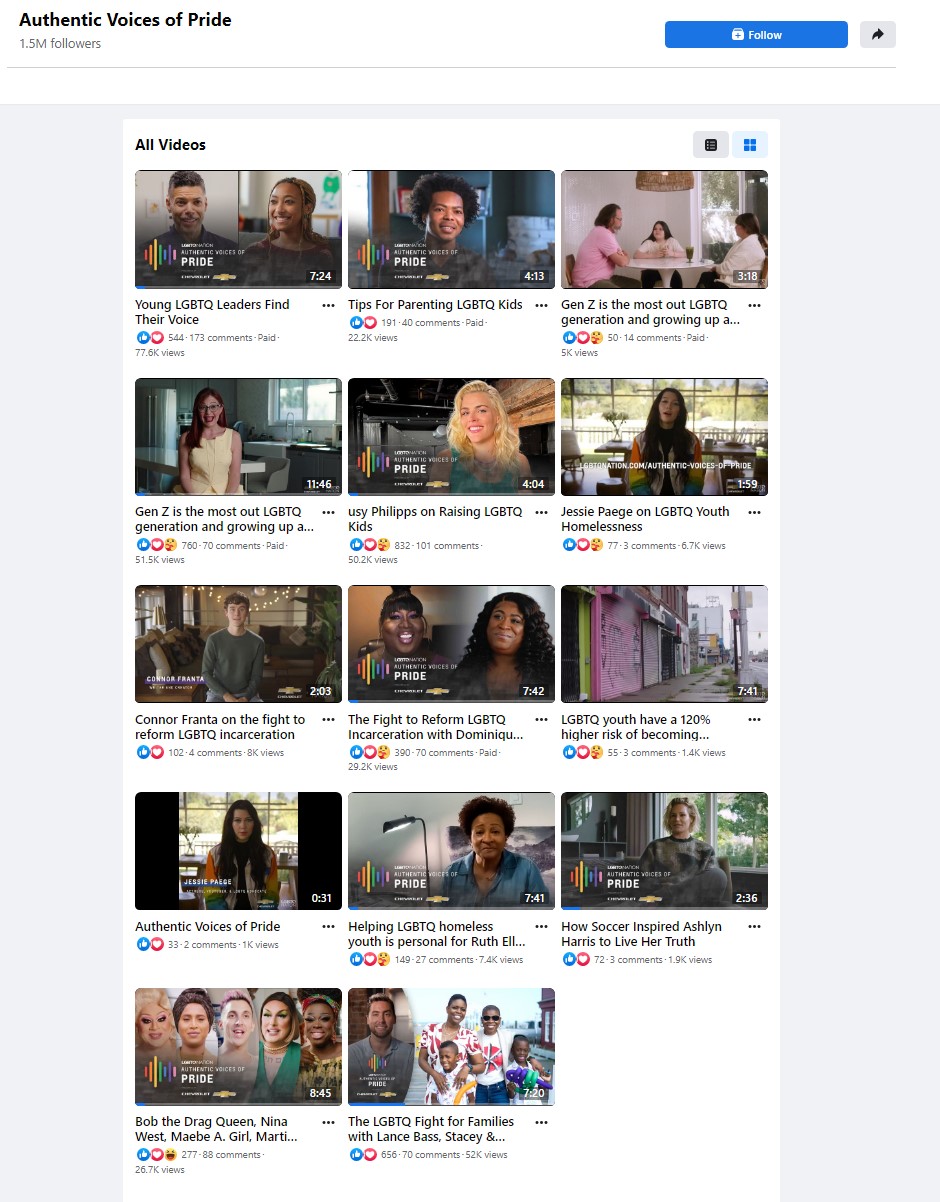 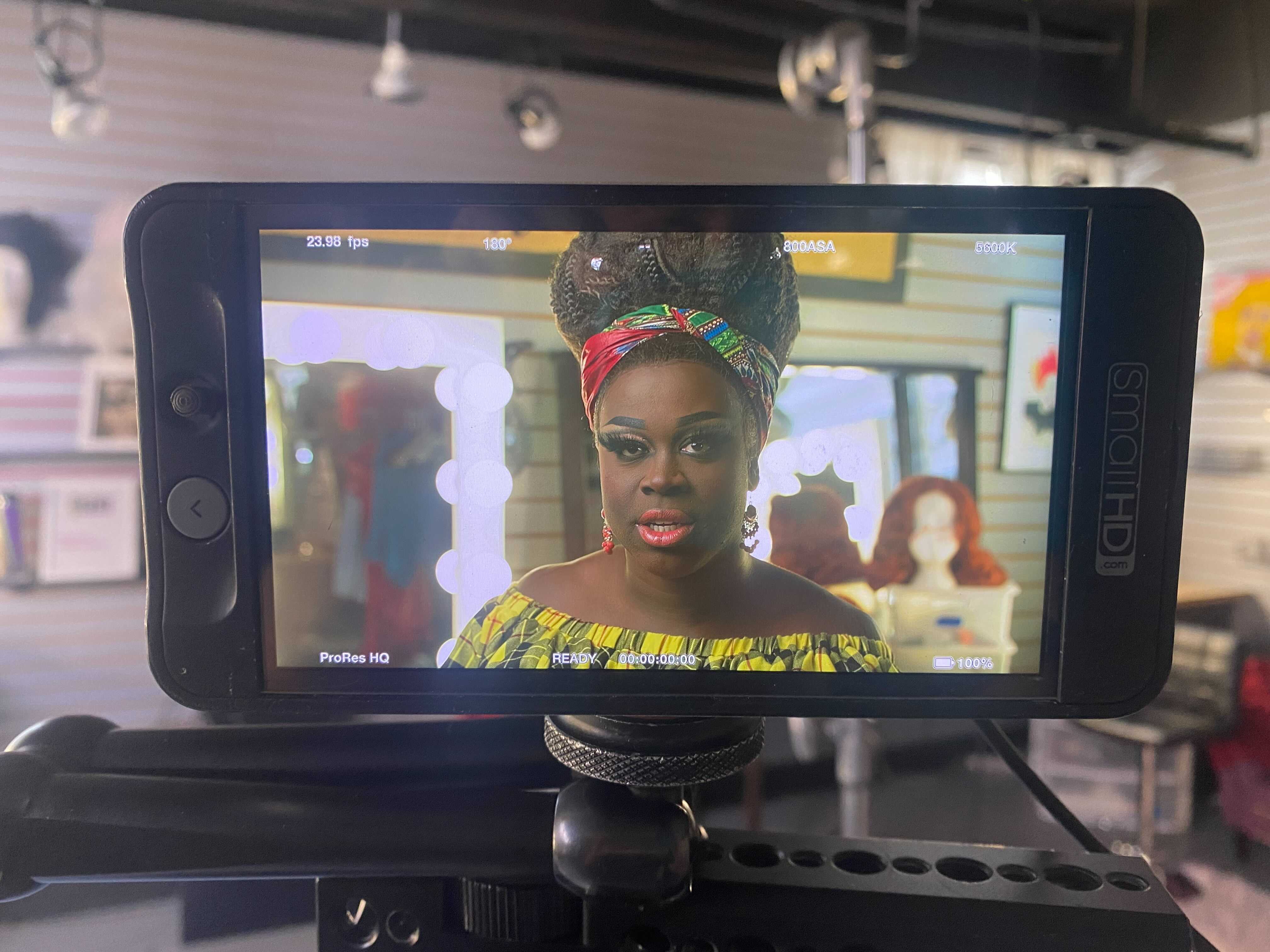