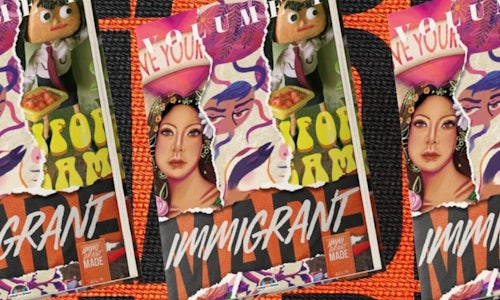 Our zine arrives in the midst of a nationwide effort by conservatives to stamp out and erase the contributions of cultural and artistic leaders in literature and education.

In 2022 alone, more than 100 bills have been introduced to restrict K-12 curriculum on topics related to race, gender and sexuality; more than half of these harmful bills include mandatory punishment for educators and institutions that violate the bans.

That’s why we created the Immigrant Made zine. This project is a bold and authentic collection of writing and artwork meant to honor all the family and loved ones who have been made into the person they are thanks to an immigrant. It honors all of us who are “Immigrant Made” in one way or another. We spotlight poems, essays and artwork to heal, inspire self-love and joy, and to preserve our cultures and history.

Since 2008, the immigrant youth that power United We Dream have disrupted the public’s expectations of what it means to be an immigrant. We have told a new story about who we are on our own terms, while fighting for the dignity that all human beings deserve. Now with this zine, our goals were to (1) create and widely distribute free platform that celebrates immigrants in order to combat anti-immigrant attacks through book bans, (2) reaching at least 15 million people, (3) build a new platform for immigrants, by immigrants that would spotlight and invest in the leadership of at least ten writers and ten design artists.

Our project was brought to life by way of intentional and mindful collaboration across various internal teams, external agencies, and storytellers, in order to effectively change the culture we all take part in.

We teamed up with the Writers Guild Initiative to build up immigrant youth storytellers. Our cohort, who hailed from states such as California, Maryland, Kansas, Arizona and the borderlands of Texas, was mentored by the Guild’s slate of professional poets, screenwriters and playwrights. After, the group of passionate and eager immigrant youth produced poems and essays that not only tugged at heartstrings, but actively envisioned and set out the stepping stones for building new futures.

We were drawn to zines, a tool used for political education, storytelling and visioning which gained popularity in feminist and counterculture movements throughout the 1960s-1980s. We knew our zine had to be bold, bright and colorful, so we identified a pastiche of emerging immigrant artists with varied art styles to further reiterate our commitment to immigrants as multi-dimensional cultural producers and creators. We gave the artists freedom in their artistic interpretation of the written piece they were matched with, allowing for boundless imagination.

We selected Press & Friends, a mom and pop business owned by people of color, to print our zines and worked with a women-led team at The SOZE Agency to activate paid and non-paid influencers to extend reach on Tik Tok, Instagram and Twitter. Highlights include storytelling TikToks by Averie Bishop (859k followers) and Joel Bervell (465k followers), along with engagement from celebrities such as author Padma Lakshmi (819k), journalist Jose Antonio Vargas (104k) , Broadway actor Amir Arison (240k) and One Day at a Time’s Isabella Gomez (498k).

Pieces like the Copper Courier, which features an in depth interview with one of our writers and full pages from the zine, will bring continued exposure to the importance of fighting book bans and erasure with immigrant made content.

As the first-ever entirely immigrant-made, -written, and -illustrated zine, our work is groundbreaking in its reach and impact with immigrant and ally youth, and beyond. Where other spaces might not exist, we have provided a space for immigrant stories to be showcased and celebrated beyond the stereotypes and tropes that still pervade society; we have affirmed and introduced the idea to immigrant and first-generation Americans, for the first time in some instances, that we are more than our labor and that we are all deserving of a safe place to call home; we have stated boldly, creatively, and unabashedly in our own words, our own images and designs, and our own publication, that we are multifaceted and complex and beautiful because of it.

Our zine debuted at a moment in history where our communities’ histories and worlds are under attack. Our zine allowed us to disrupt these attacks and to empower a cohort of immigrant artists to create content that is by us, for us. Our in-house team of immigrant creatives played a role in every part of the process - from recruitment, to coaching, peer-editing, narrative development, graphic and web design, media messaging prep and pitching, artist professional development, and digital event production. And ultimately, we created a brand new platform for immigrants owned by immigrants.

For the vast majority of our youth creatives, it was the first time they were paid for their creative labor, giving them a chance to showcase their talents on a larger platform.

For the public, “inspiring,” “beautiful” and “proud” were frequently used as reactions to the zine in comments, in our livestreams, and our digital survey.

Our zine has been viewed and read by thousands of people, an essential stepping stone in fostering deep culture change and narrative shifts to a more inclusive society that honors and affirms immigrant experiences, rather than asks immigrants to change and assimilate.

“Participating in the first edition of Immigrant Made Zine was an amazing opportunity for me. When I received the final product, I felt super touched by seeing everyone’s written pieces/illustrations and how they all came together in one magazine. I feel so proud to have been a part of this incredible project.” – Dani Rueda, featured zine writer 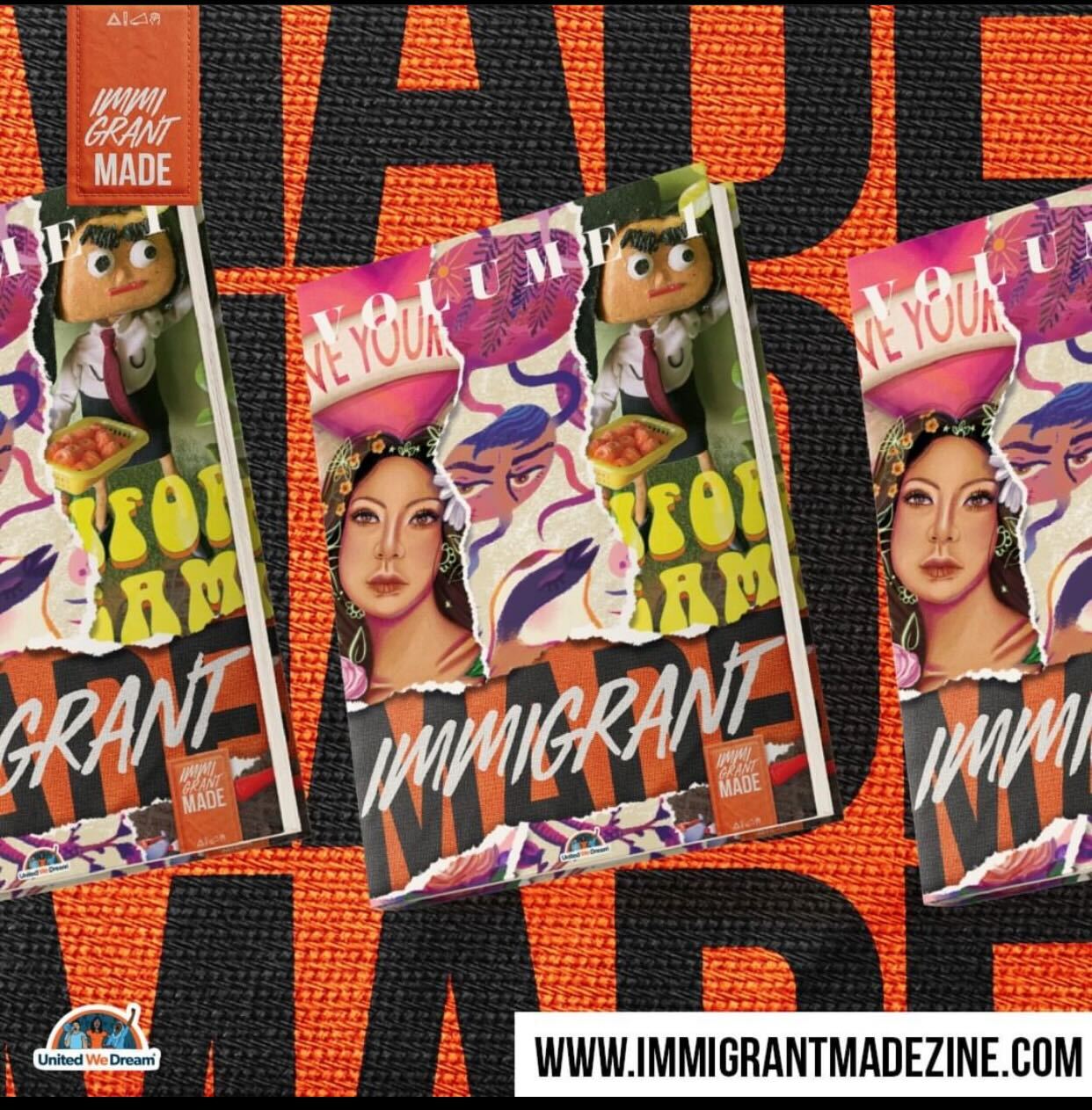 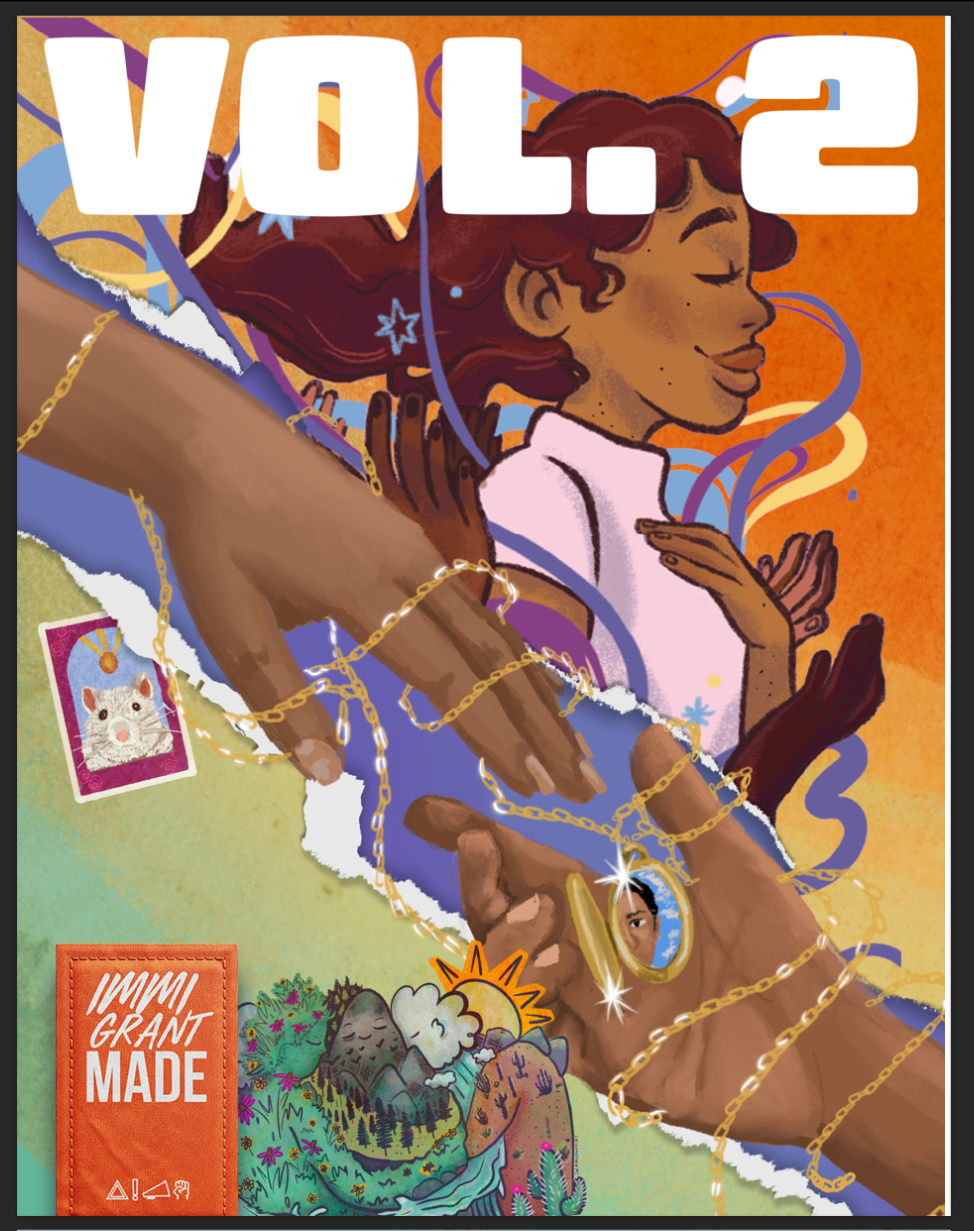 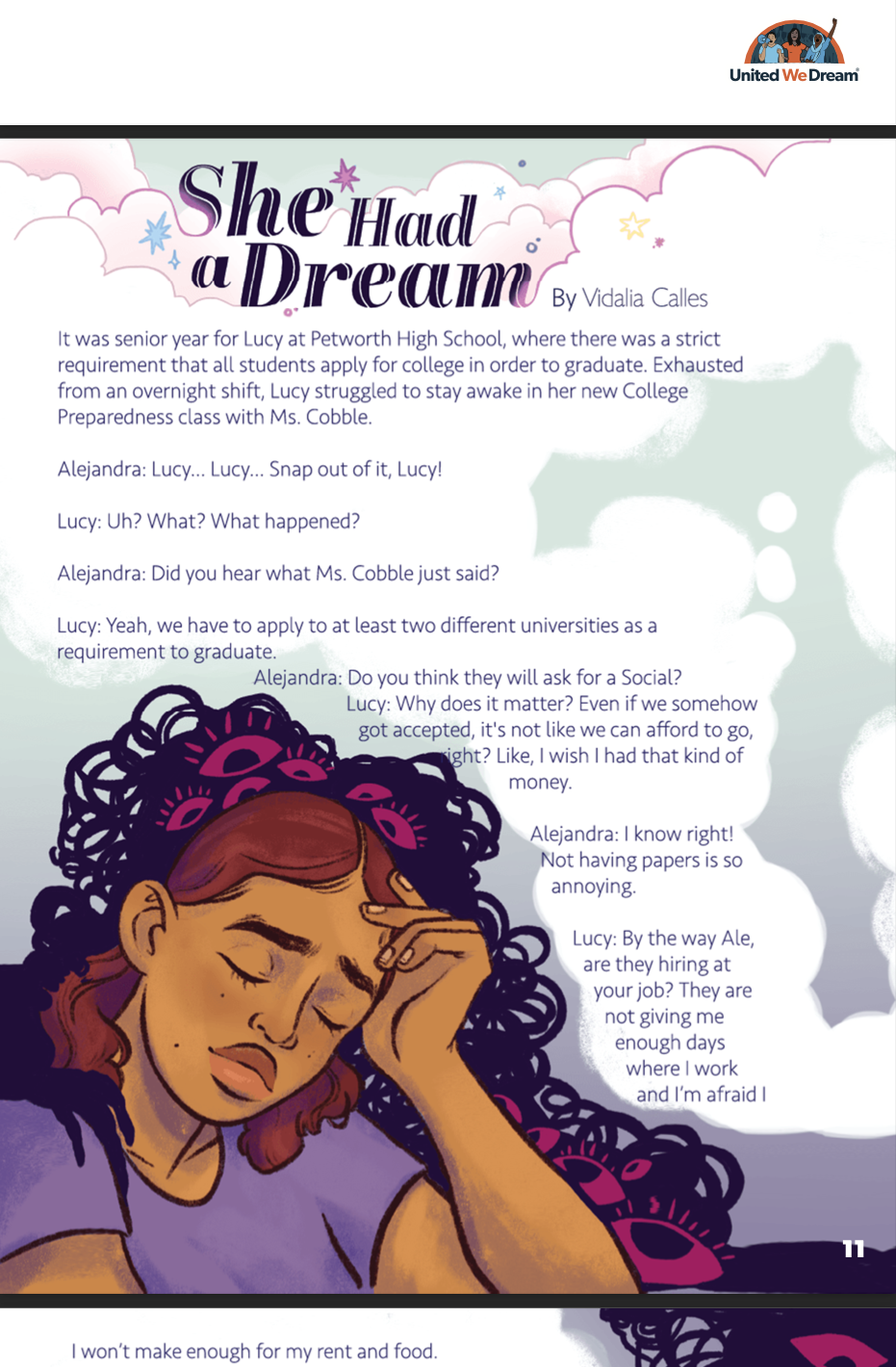 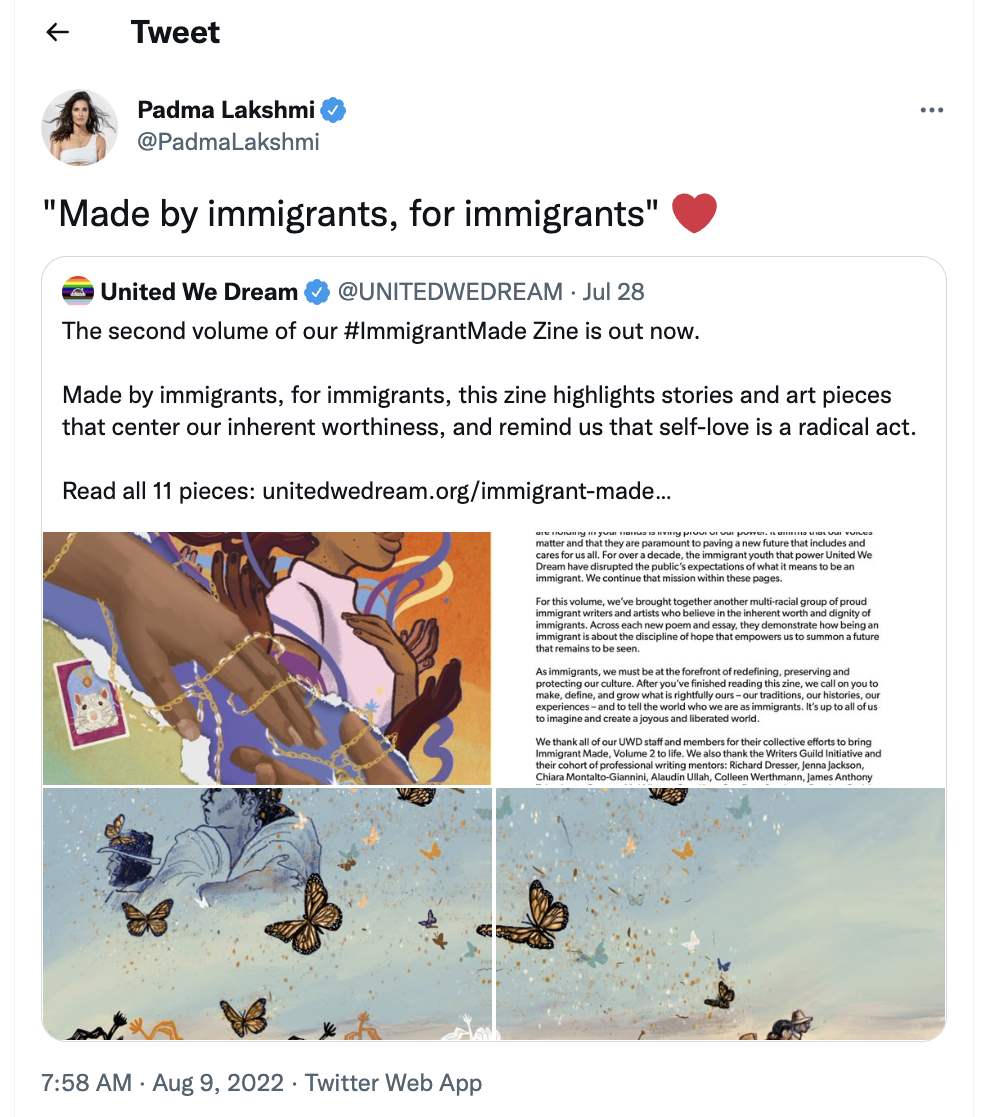 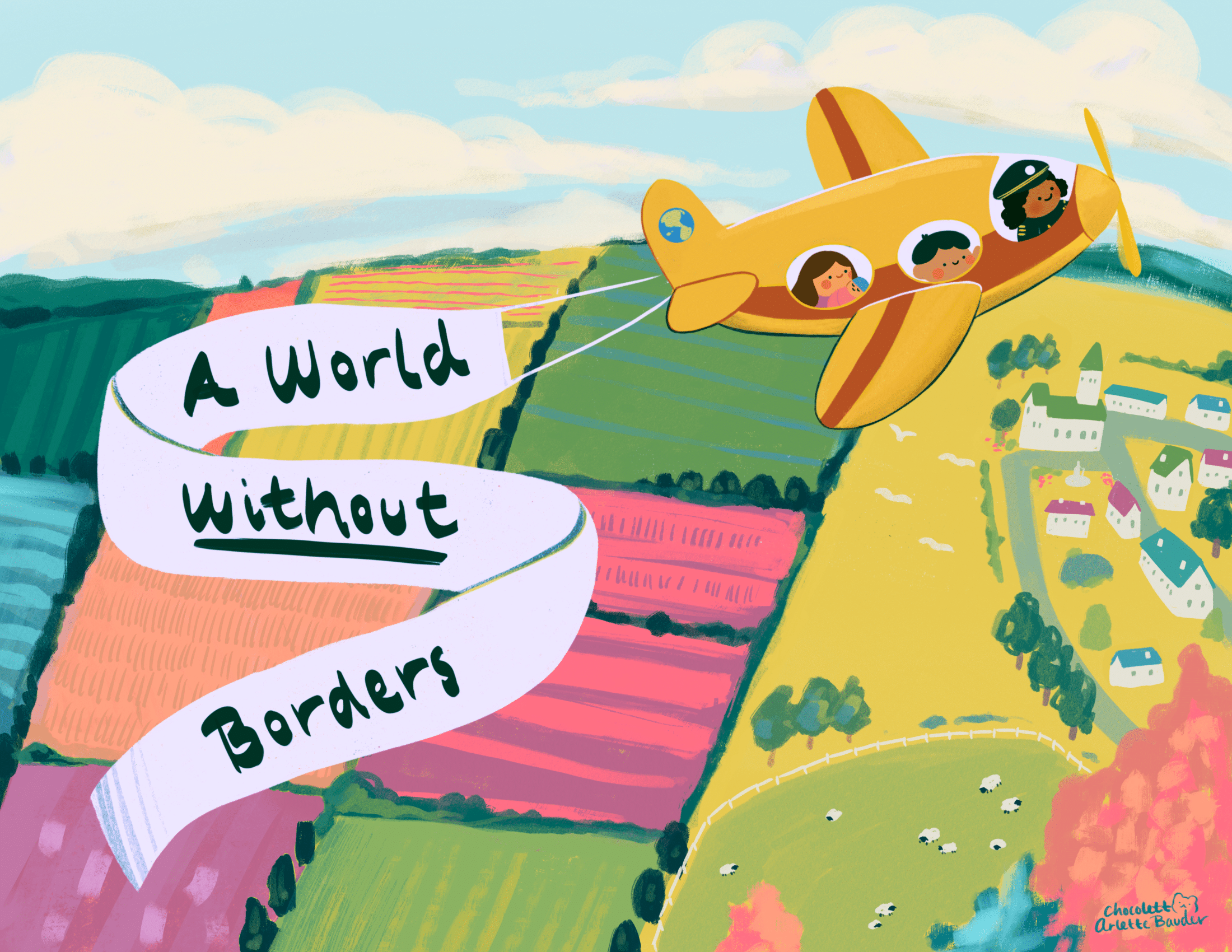 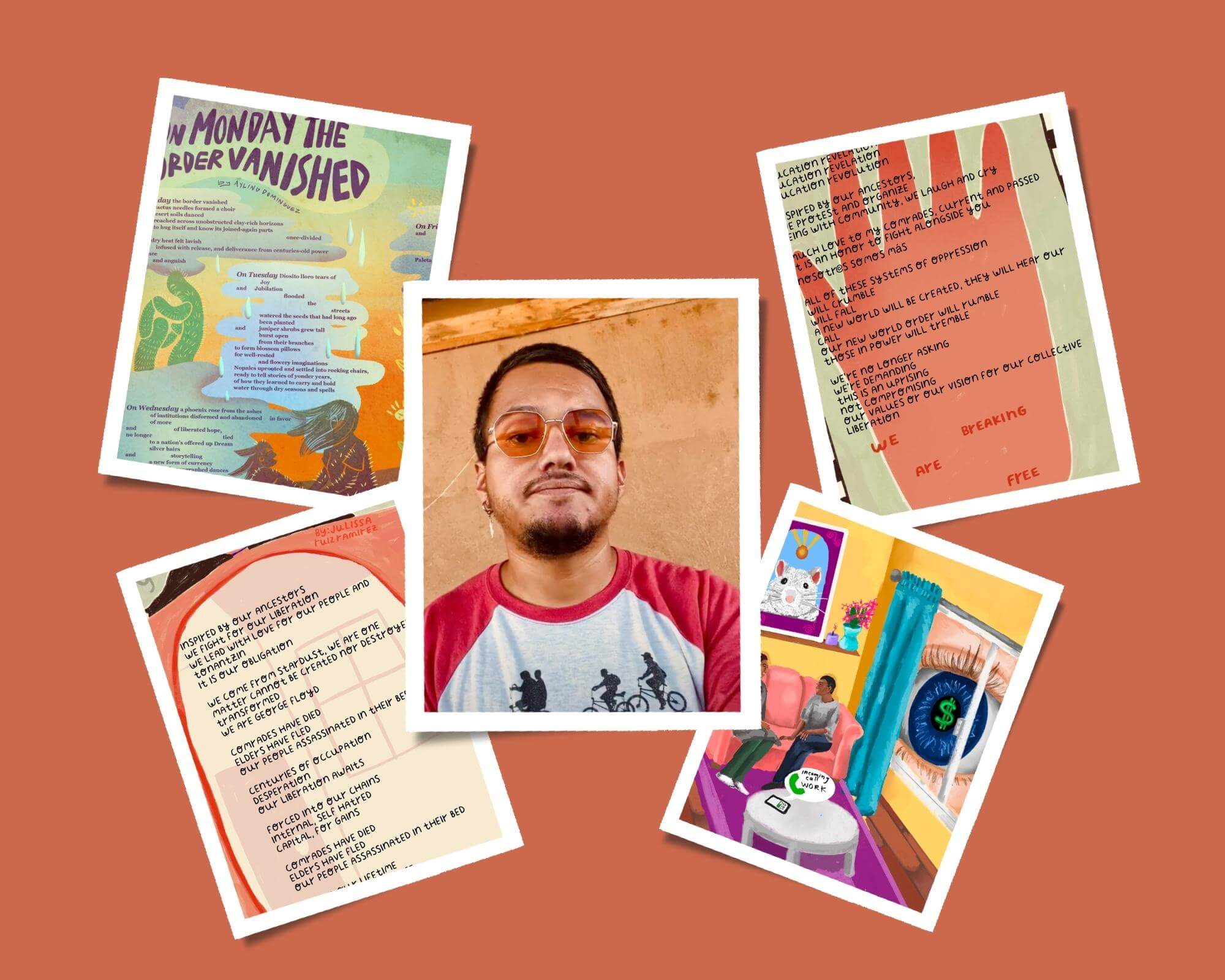 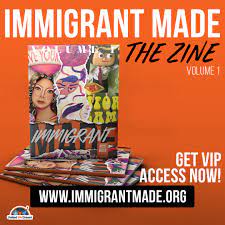 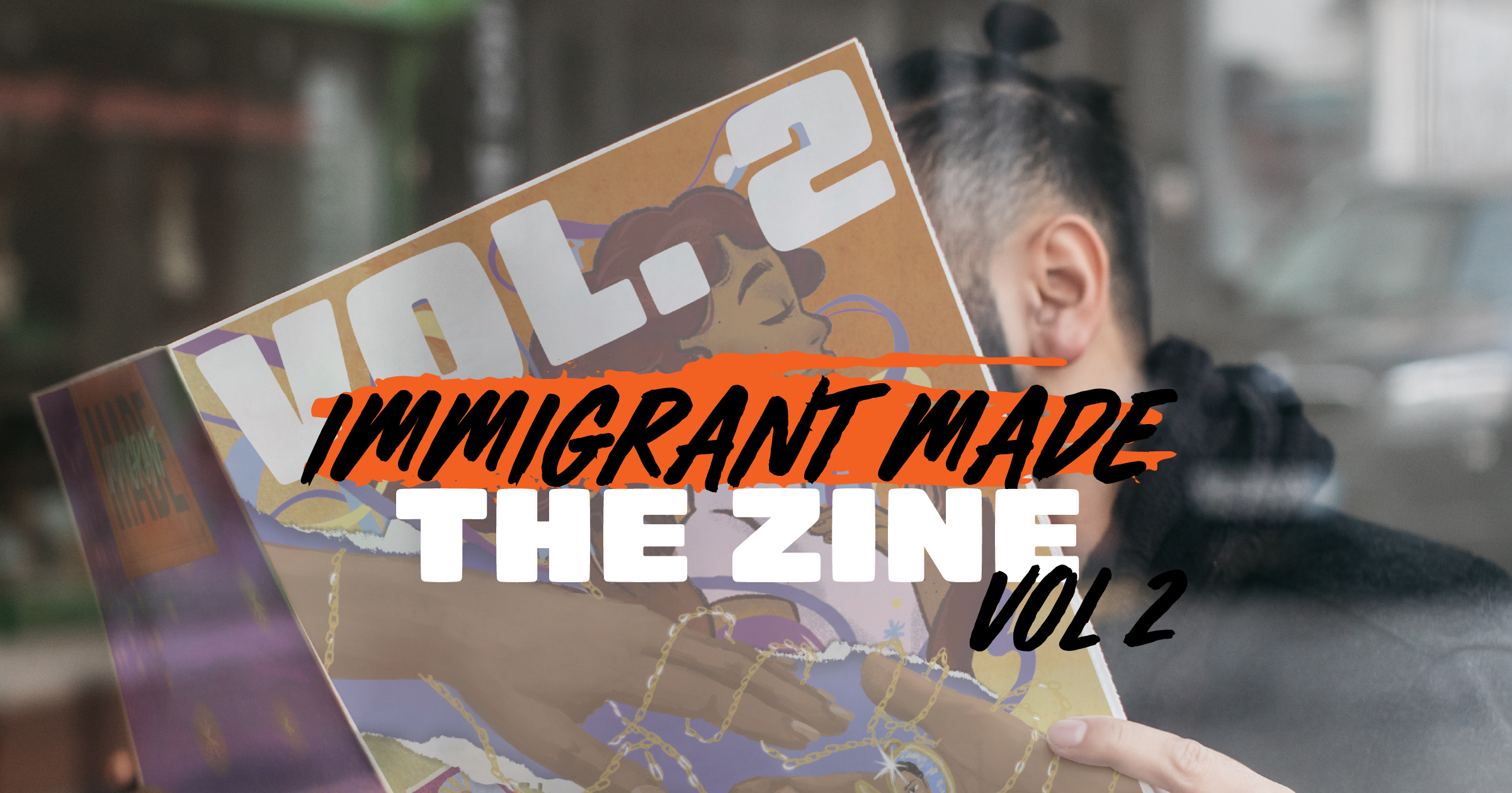 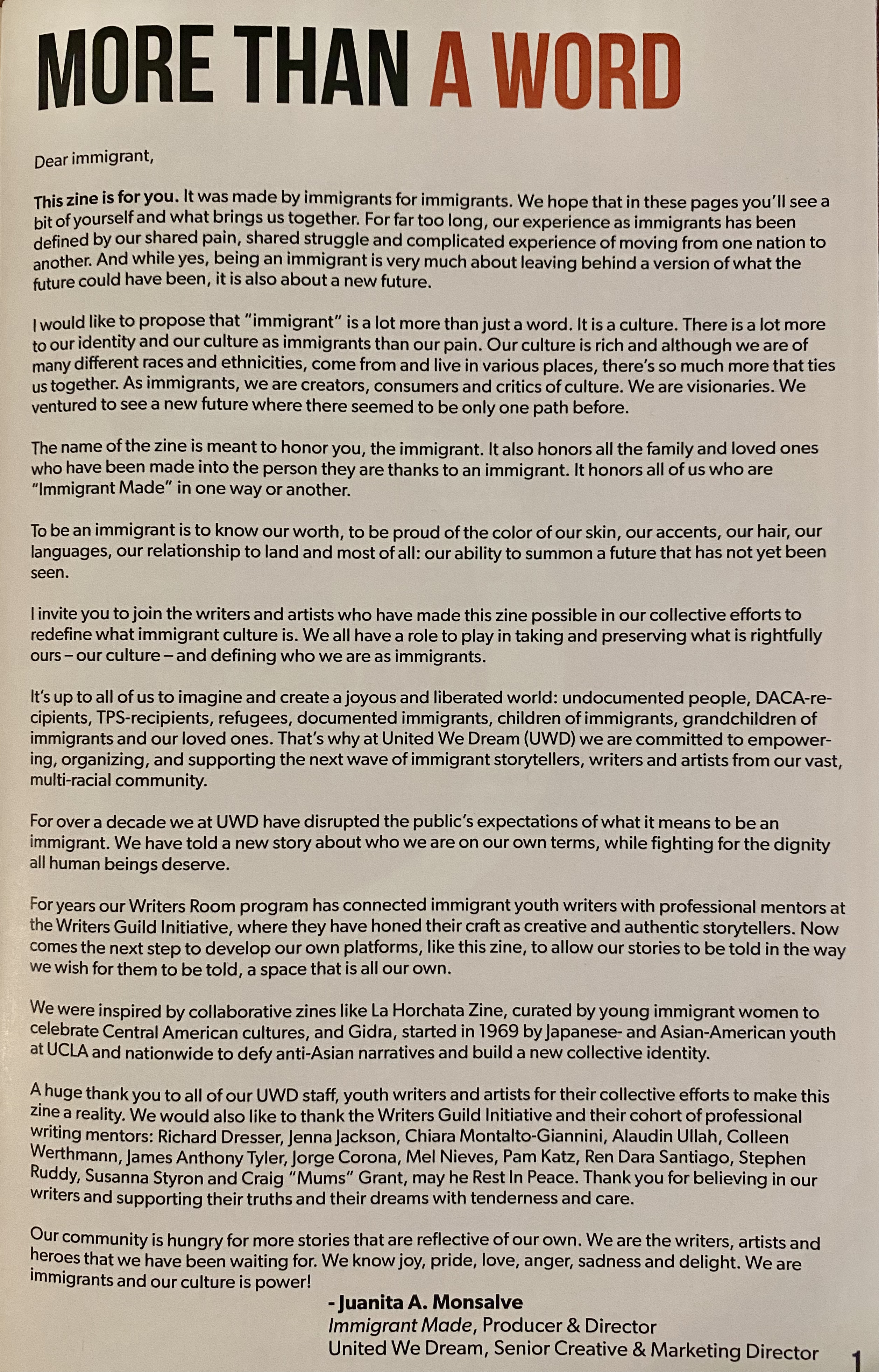