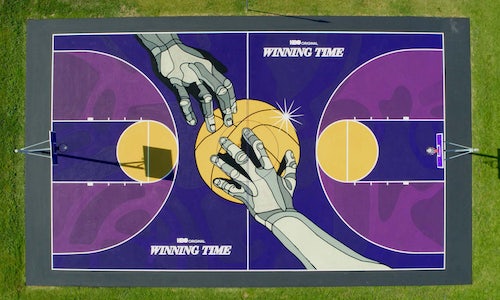 To celebrate the premiere of HBO's new series “Winning Time: The Rise of the Lakers Dynasty”, CSM Sport & Entertainment worked with the City of Inglewood and Los Angeles County to identify and revitalize a local basketball court. With the help of California-based artist, David Flores, along with non-profit organization Project Backboard, the Roger’s Park basketball court transformed into a “Winning Time” masterpiece that will provide an inspiring space for the next generation of basketball fans in the Inglewood community for years to come.

For the grand unveiling, HBO Max highlighted their community partner, the Inglewood College Preparatory (ICP) School, and invited one of their student athletes to take part in the ceremonial “first shot”. The ICP School provides an environment for students to experience a quality education that is enhanced and ideally facilitated by the rewards of athletic completion at the collegiate and professional levels.

Following the grand unveiling, Winning Time show consultant and renowned basketball trainer, Idan Ravin, led a hand-picked group of influencers through a show-inspired training camp. The event brought attention to the Inglewood community and was featured in a number of impactful news outlets.

For the HBO team, the premiere of their series “Winning Time: The Rise of the Lakers Dynasty” was about so much more than show ratings and viewership. It was about an opportunity to give back to the community upon which the series was built. The team agreed that a basketball court refurbishment would be an optimal way to provide a long-term resource to the community that honored and celebrated the show.

The project was an undertaking that required the collaboration of many organizations and community groups.  The first was Project Backboard, a nonprofit founded in 2014 by Daniel Peterson that is devoted to restoring old basketball courts and installing striking visual art to strengthen communities around the country. Dan’s team was instrumental in leading the operations of repairing the court’s infrastructure and beautifying it’s surface, repairing cracks in the court, repainting court lines and markings, installing graphics on backboards, and replacing the nets and rims on the existing hoops. Project Blackboard also worked hand-in-hand with California artist David Flores to turn a graphic design inspired by the glitz and glamor of the Winning Time era of basketball and the nostalgic 1980s key art from the show into a long-lasting mural on the court at Rogers Park.

The City of Inglewood was also an instrumental partner to the HBO Max team. Their dedicated staff helped identify a court in need, supported necessary permitting and approvals, and even helped to postpone the ribbon-cutting event when a severe thunderstorm was forecasted.

At the court unveiling, the HBO Max team and the Mayor of Inglewood, Mr. James T. Butts presented a check to the Inglewood College Preparatory School, a local private school. The ICP school’s mission is to make sure their youth get every opportunity possible towards a quality education that is enhanced and facilitated by the rewards of athletic completion at the collegiate and professional levels. The generous donation was used towards their athletic program. An ICP student was given the opportunity to take the inaugural first shot at the unveiling event, his first of many on his home court.

Following the ceremony, HBO hosted a “Winning Time Training Camp” to bring attention to the new community asset. The team secured 16 influencers to participate on the court and develop content. The guest list included a mix of male and female multicultural influencers with a range of basketball skills.  Training camp leader Idan Ravin sought to show the attendees what it was like to be an actor training for the role of a legendary basketball player on set. The camp included skills drills, friendly competitions, and a scrimmage to end the day.

Attendees included Donnay (66k), Mateo Berry (52k), Jayda (42K), DonYe Taylor (30K), Jamal Jimoh (29K) and many others.  Together with our content team, including photographer Kai Byrd, our micro-influencers created unique content that highlighted the court, the community, and the once-in-a-lifetime training opportunity. The shareable moments were posted across social media channels, amplifying the story of Winning Time.

This campaign achieved what it sought out to – to leave a lasting impact on an underresourced LA community. This basketball court at Rogers Park in Inglewood will serve as more than just an athletic site, but a place for community to gather, young people to learn important life skills, and memories to be made. At the conclusion of the unveiling event and skills clinic, the impact was already palpable. Children dropped their backpacks off on the sidelines, unpacked their drinks and snacks, and got to shooting around. They were proud of their new home court and were looking forward to the days ahead to be spent on it. The investment in this court by HBO is an investment in future champions on and off the court.

HBO’s Winning Time Takes the Court micro-influencer initiative boasted a 314k reach, 143k social impressions, 130K video views, and an engagement rate of 7.88%. The event was featured in print, online and broadcast from key networks including The Morning Brew, AdAge, KTLA, Inglewood Times, and more. The spotlight on the initiative’s community partner, The ICP School, led to a feature of the rapidly growing program in the Inglewood Times.

This amplification by the event, micro-influencer participants, and the press helps spread awareness about the new community resource provided with the refurbishment of the court. The community now has a safe place to gather, play sport and make memories for years to come, with the spirit of Winning Time embedded into the court. 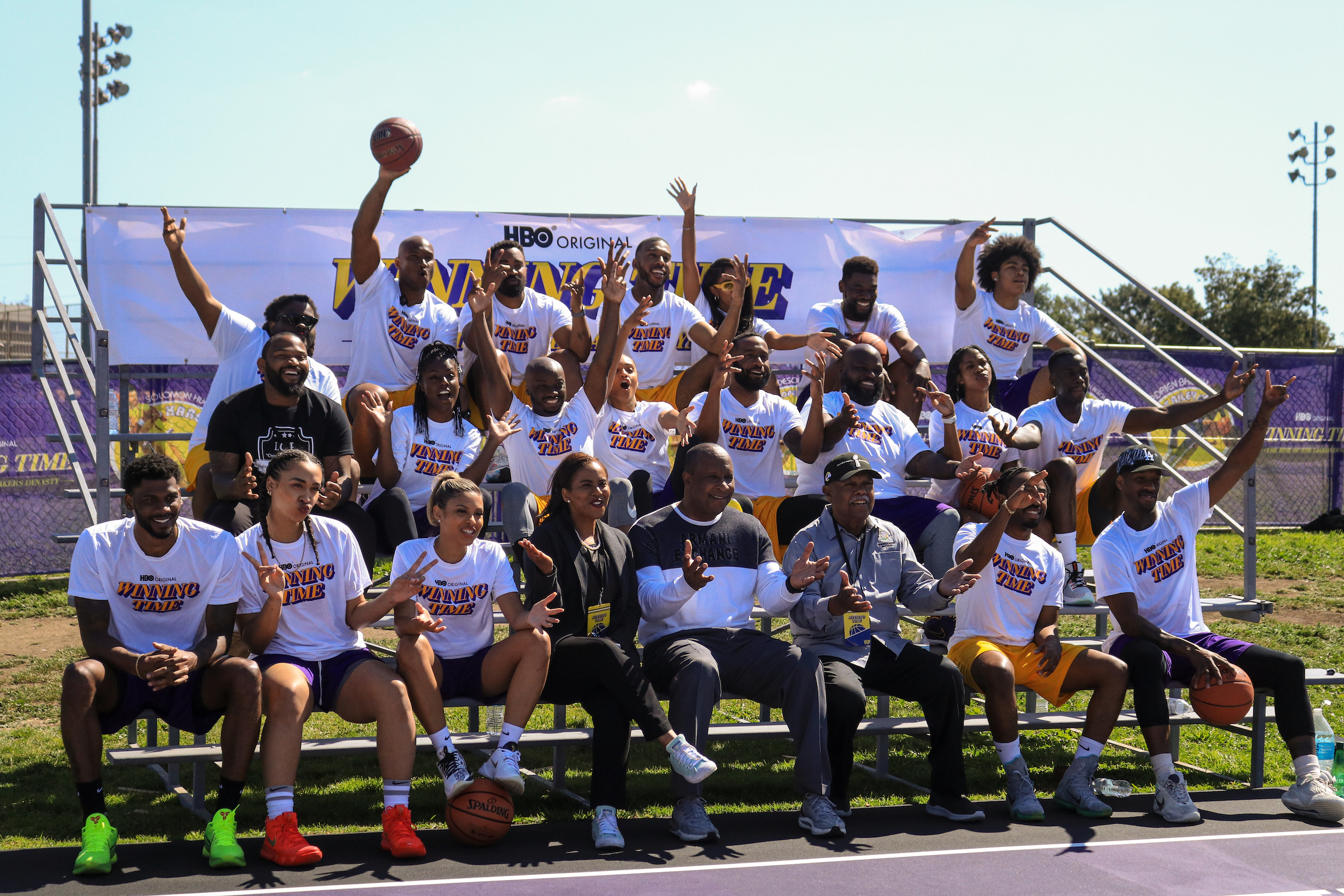 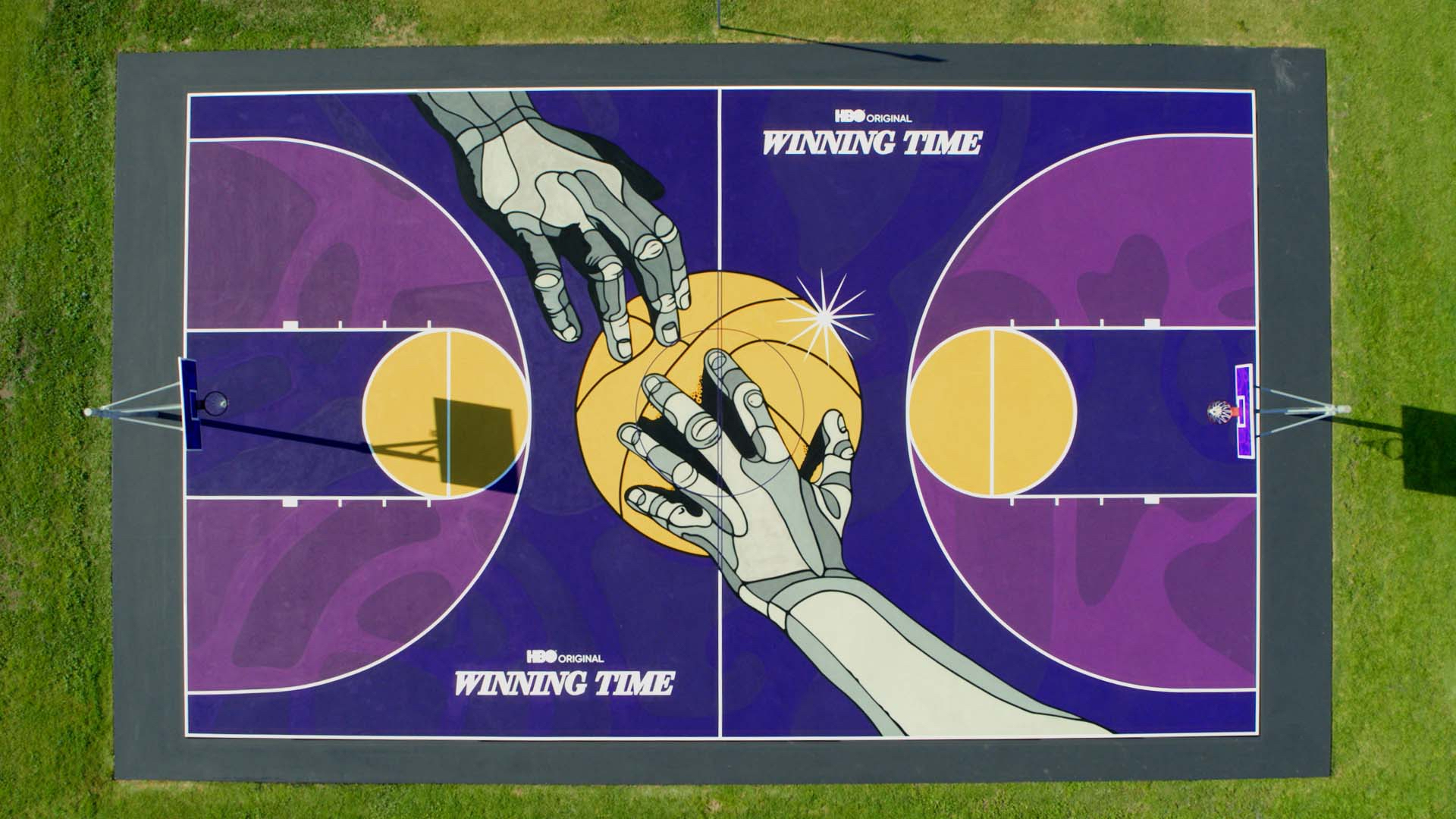 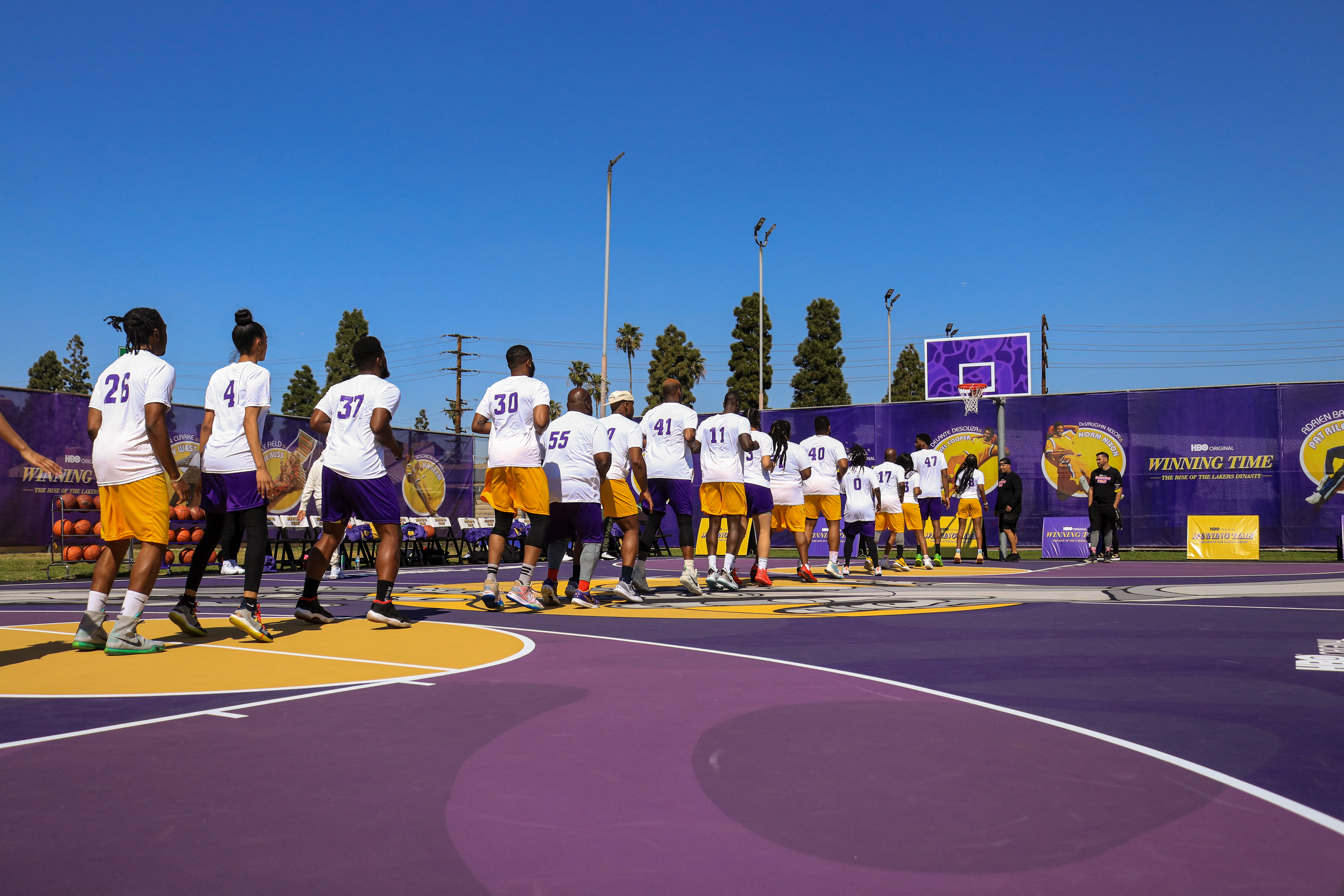 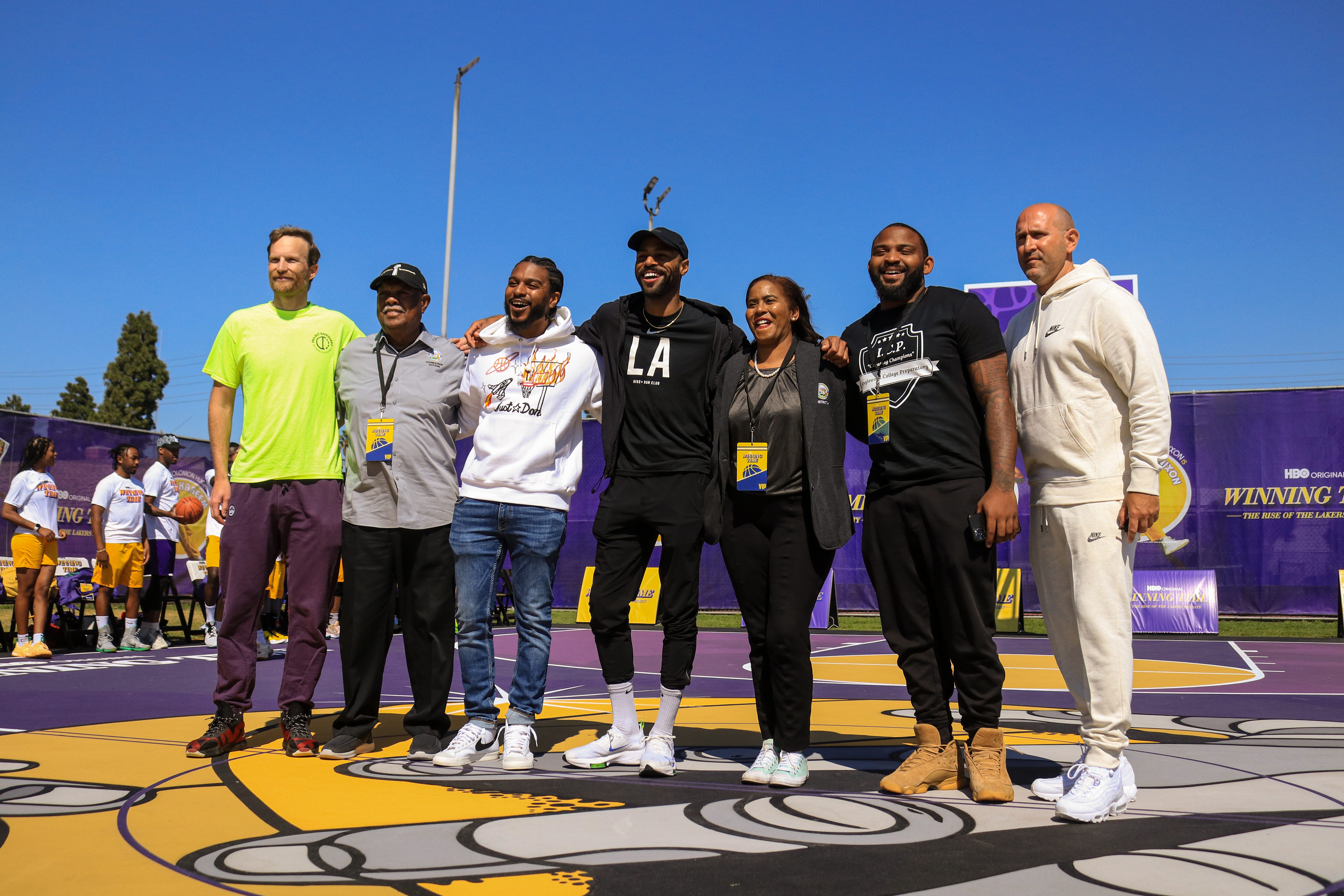 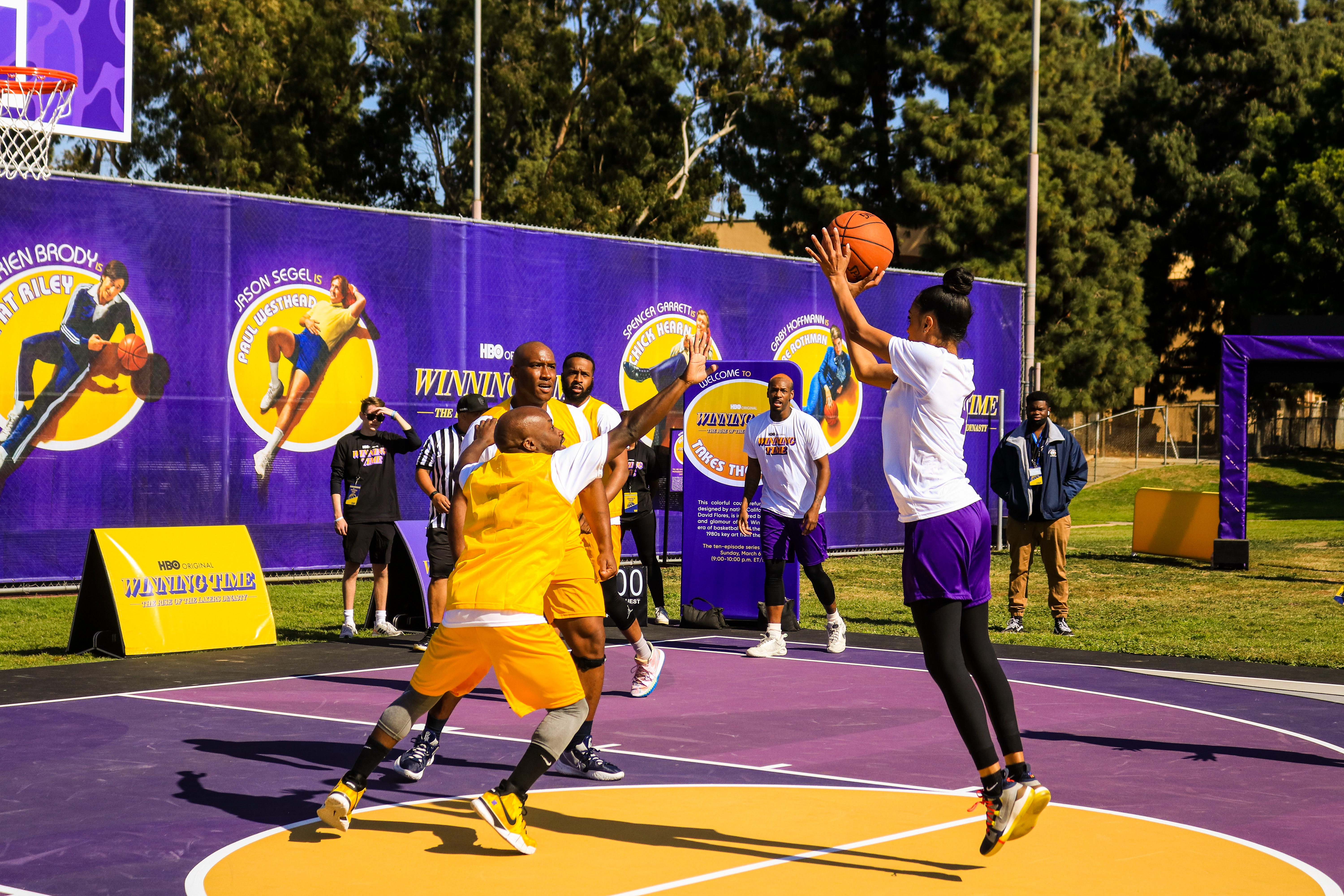 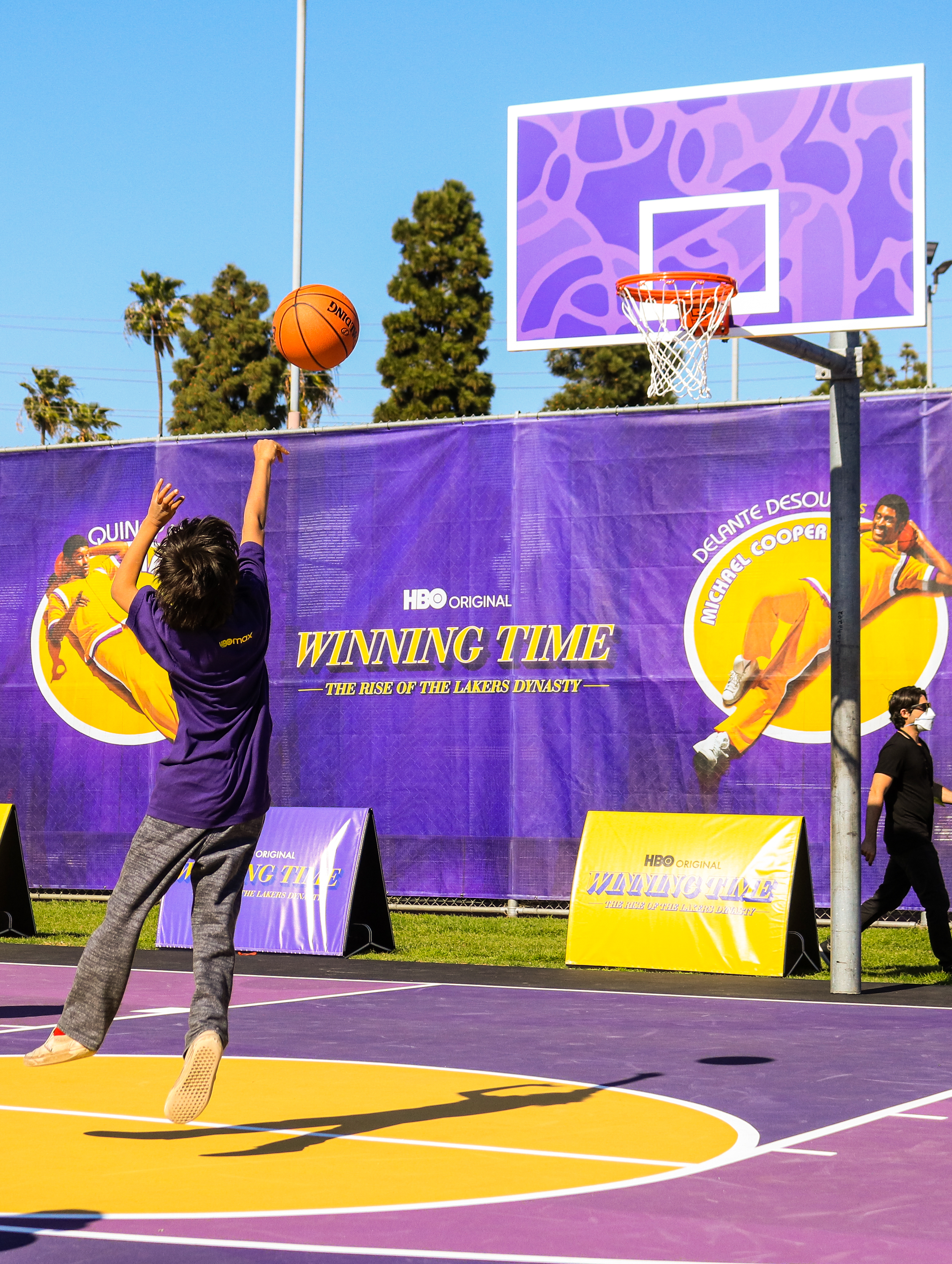