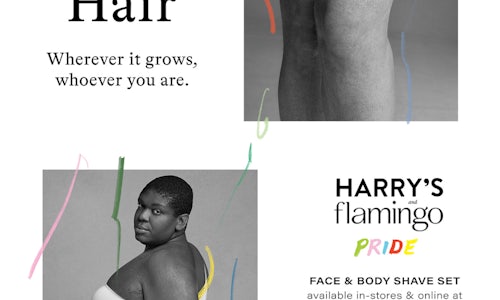 Since launching in 2013, Harry’s has set aside 1% of all sales to its diverse group of non-profit partners aligned with its social mission. In 2019, Harry’s redefined its social mission to provide men with access to better mental healthcare, working with impactful organizations in the mental health space, particularly within the most at-risk communities (including Veterans and the LGBTQ and Black communities).

Men’s mental health is a topic with a history of stigma and LGBTQ men are particularly at risk if they don’t have access to the proper resources. Suicide is the second leading cause of death among young people, with LGBTQ young people being 4x more likely to seriously consider suicide (source: The Trevor Project). Harry’s has always dedicated specific support for the LGBTQ community within their mental health work, which is why the brand has partnered with the world's largest suicide prevention and crisis intervention organization for LGBTQ youth, The Trevor Project, since 2019.

Harry’s 2022 Pride activation celebrated individuals living authentically in their truths. Harry’s, alongside Flamingo, launched a limited edition, genderless, Face & Body Pride Shave Set, to provide an inclusive product for non-binary individuals who often find the heavily gendered shaving space inaccessible. 100% of the proceeds were donated to The Trevor Project to help transform the mental healthcare space for LGBTQ communities. In conjunction, Harry’s and Flamingo launched the “Hair is Hair” campaign with photographer Lia Clay Miller, utilizing black and white portraits to express that hair is hair regardless of gender expression.

Harry’s is committed to ensuring that the change they wish to see in the world is reflected in the products and content they produce. Within the personal-care space, especially under the shaving category, businesses often provide gendered labels and marketing tactics that often leave gender nonconforming and genderfluid individuals to feel underrepresented and unrecognized. In response, Harry’s and Flamingo united for their first-ever collaboration, seeking to encapsulate the fluidity of gender and create a product applicable to everyone.

The Face & Body Pride Shave Set, equipped with interchangeable razor heads, takes the best of both Flamingo and Harry’s to create an all-inclusive hair removal system. The set also included a limited edition ergonomically designed green razor handle and a fun pink shower holder. Each Pride set came packaged in emotive boxes featuring illustrator Ohni Lisle’s signature simplistic, yet evocative, figural illustrations. The result is a calming and playful unboxing experience that lets consumers know that regardless of how they present, there is a place for them within the Harry’s and Flamingo communities.

The “Hair is Hair” campaign saw the brand collaborate with acclaimed fashion and portrait photographer Lia Clay Miller. The campaign utilized the power and intimacy of black and white portraits to express that hair is hair no matter one’s gender expression. The portrayal explores the range of places that people shave, going beyond the binary to reveal everyone’s right to express themselves the way they genuinely want to appear. Though facial hair and body hair require different types of tools for removal, your razor shouldn’t limit where you choose to shave.

Beauty is diverse, coming in all shapes and forms, which is why it was so important to Harry’s and Flamingo that the campaign featured a range of LGBTQ models of all body types, ages, and ethnicities. Miller, who has photographed many famous faces, including Hilary Clinton, Billie Porter, and Fran Leibovitz, and whose work appears in the NYT, WSJ, and OUT Magazine, captured this story through an abstract lens and personal connection. Self-identifying as a trans woman, it’s important to Miller that her work tells the stories of her community while also balancing not having her identity overshadow her art.

Harry’s faced very similar challenges to a lot of companies due to the COVID pandemic. As a result, its social mission partners saw an increased demand for mental health and crisis services that they’ve never seen before, prompting Harry’s to change some of its programs with its partners to adapt and mirror current times. Furthermore, the brand saw an increased amount of legislation and hate directed toward the LGBTQ community, directly affecting the mental health of its young people. It became increasingly important for Harry’s to expand its partnership with organizations like The Trevor Project, to combat the rising challenges the LGBTQ community faces even with stretched teams supporting multiple social mission programs at once.

This Pride, Harry’s donated $50K to The Trevor Project, raising its total Pride contributions via product sales to more than $400K over a four-year span, and its total contributions to over $1.1M, including Pride set sales and programmatic work, throughout the course of the relationship. Holistically, Harry’s has donated more than $10.5M to its nonprofit partners and hit its goal of helping 950,00 men, aiming to reach over 1.5M men By 2024.

Harry’s givebacks have helped fund the organization’s volunteer training platform and expansion program, helping diversify the organization's volunteer base to reach at-risk and in-need Black and Latinx LGBTQ youth. For the fourth year in a row, Harry’s has also donated 100% of its annual Pride set proceeds to The Trevor Project to transform the mental healthcare space for LGBTQ+ communities reaching over 221,000 LGBTQ youth in crisis. Through Harry’s donation, TTP’s trained crisis counselors served more than 19.5K contacts via TrevorLifeline, TrevorChat, and TrevorText in the past year.

Of the over 221,000 LGBTQ individuals served, 47% identified as men or nonbinary, highlighting the alignment between The Trevor Project’s mission and Harry’s social impact work to support not only men’s mental health but all people’s mental health. With their 2022 Pride initiative, Harry’s successfully advocated for the set to be included in 600 Target locations nationwide, creating the first gender-neutral endcap for razor products. In addition, the “Hair Is Hair” campaign garnered high visibility, receiving almost 700M press hits to date. 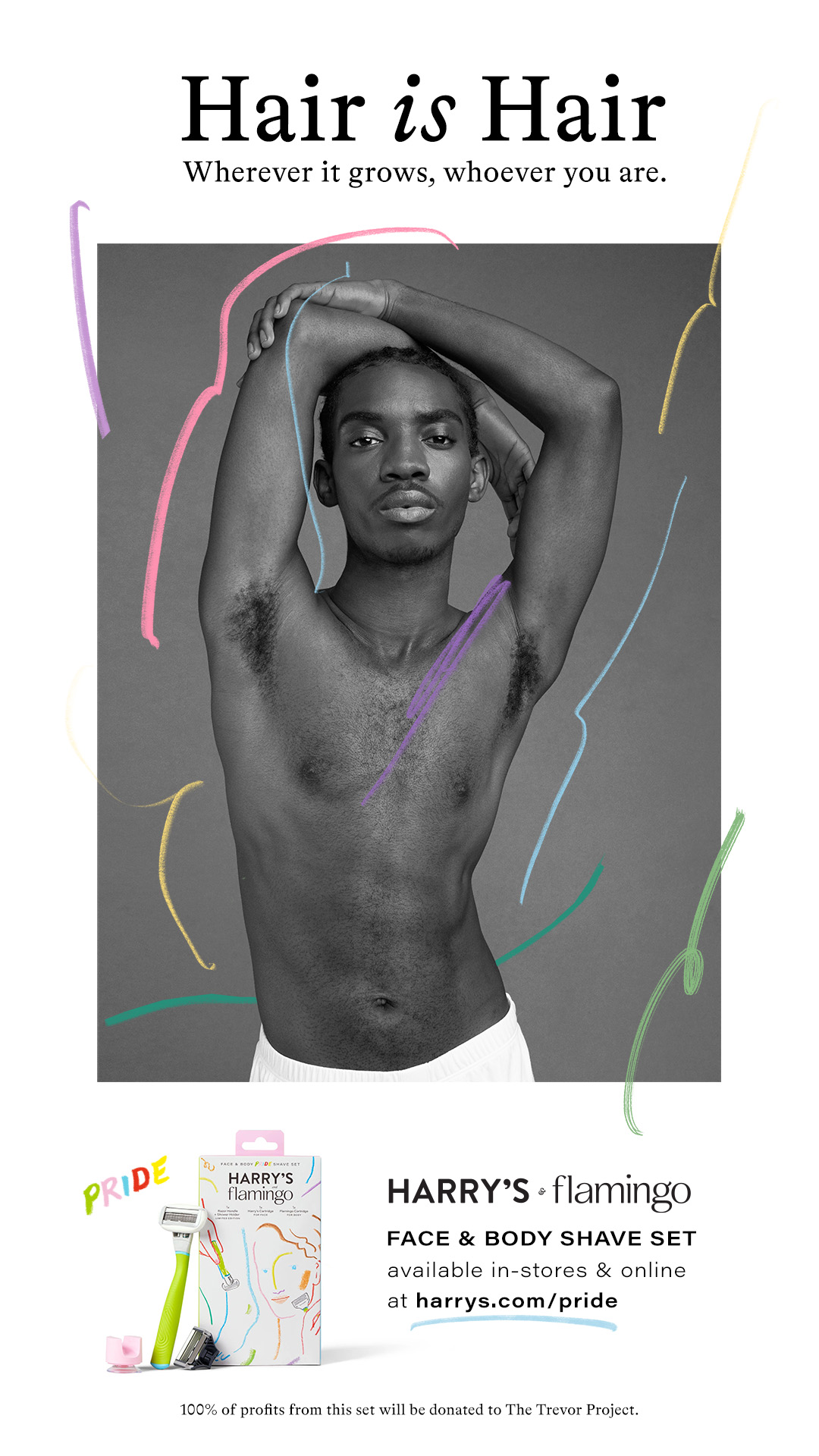 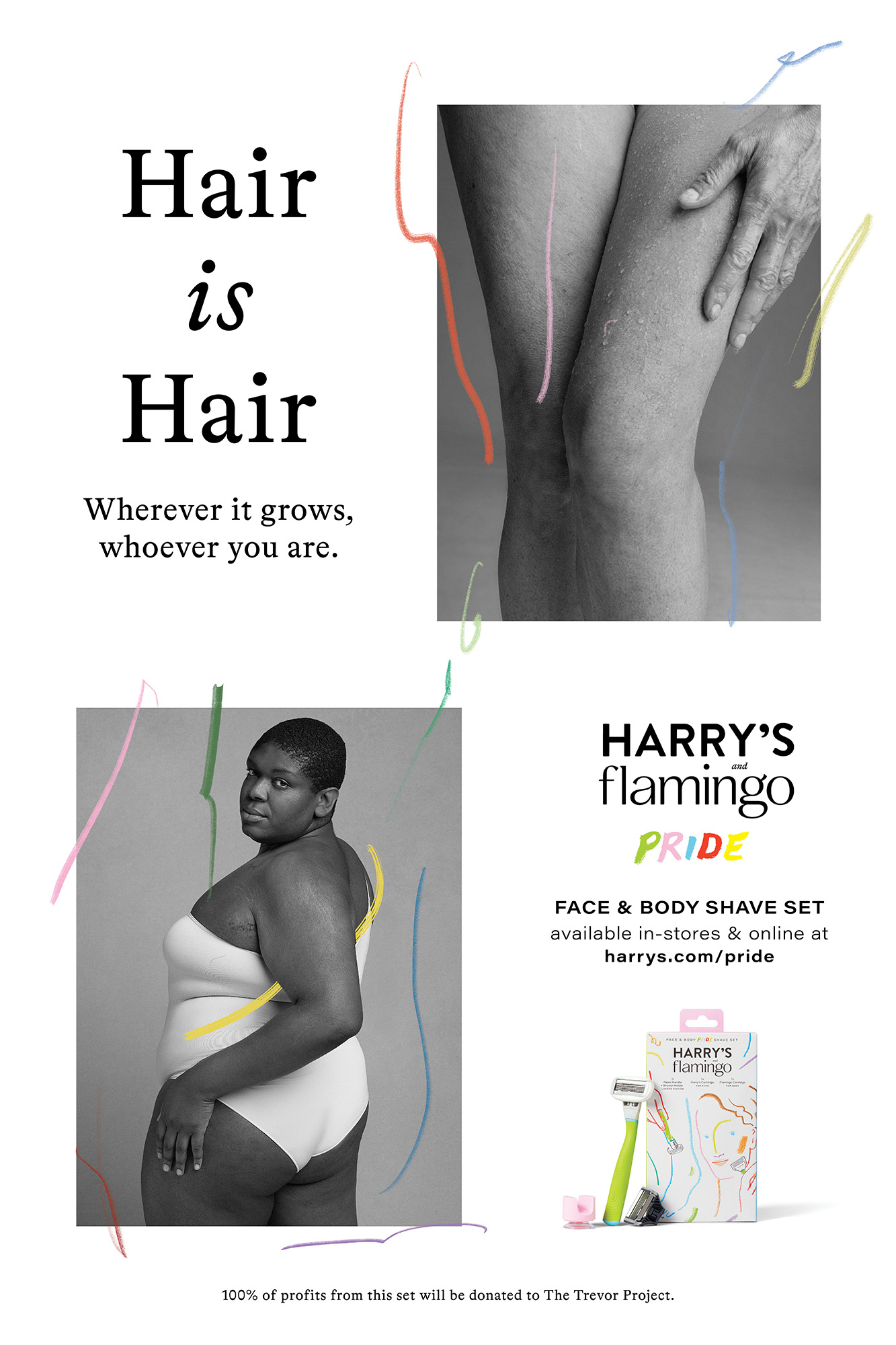 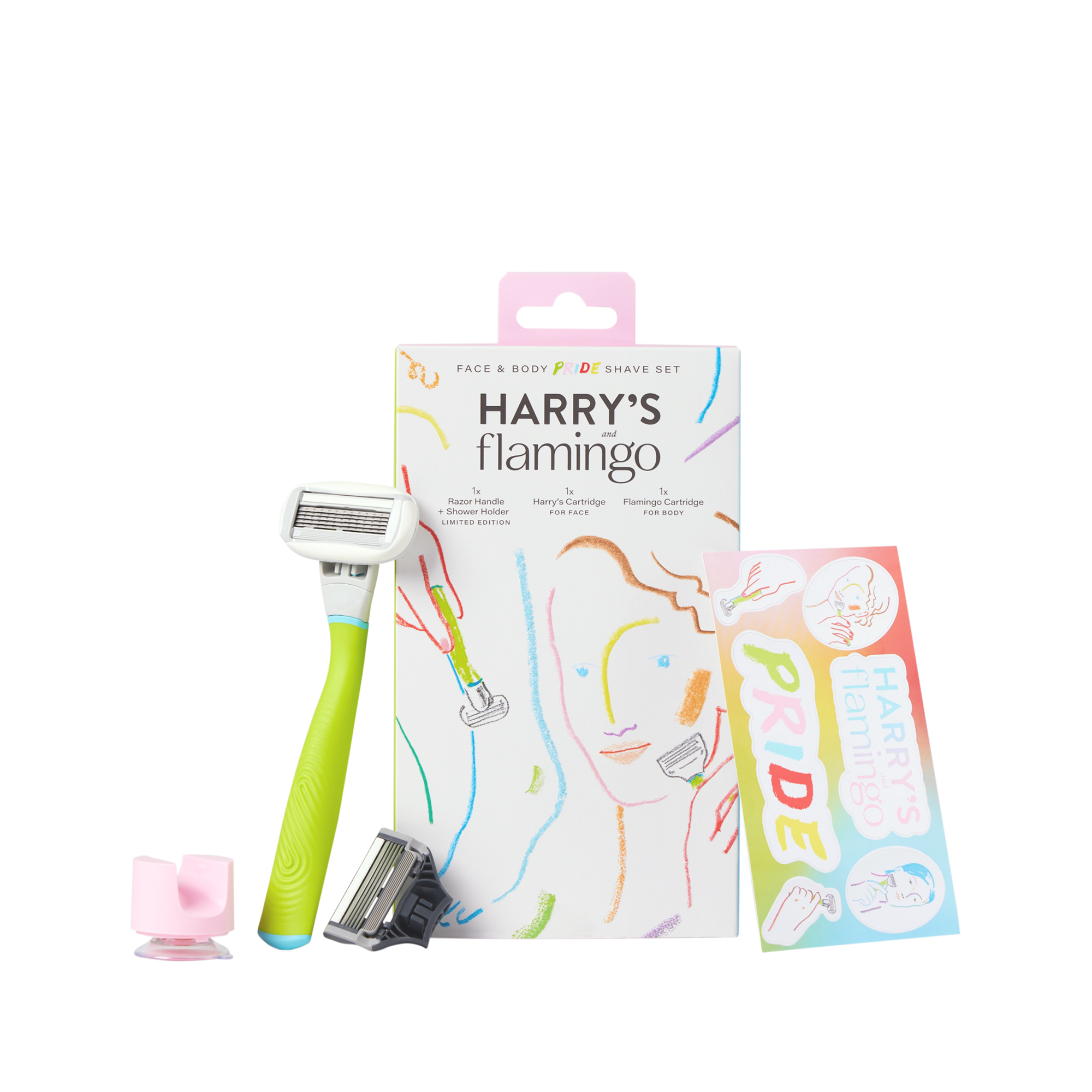