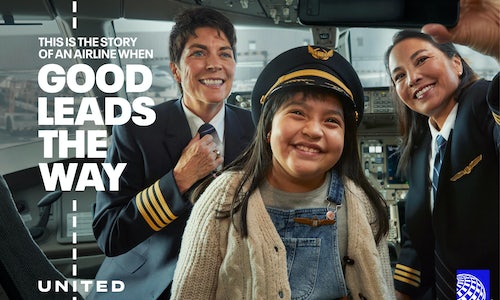 Carbon emissions remain a massive issue in our atmosphere, and a great deal of that blame falls on the airline industry. While most airlines are offsetting their own carbon emissions by planting more trees to clean the skies, United Airlines is pioneering a more innovative approach – investing in carbon sequestration systems that literally suck carbon out of the sky. Each sequestration factory cleans the sky to the equivalent of 40 million trees. United has invested more in carbon neutrality than every other airline combined.

This is just part of the reason United can substantiate its new campaign, “Good Leads The Way.” With supporting TV communication that speaks to this initiative as well as sustainable fuel innovation as more than just a “Sci Fi Story,” and with OOH elements like billboards with built-in trash cans to convert trash to sustainable fuel, as well as beach trash cans near airports that fly with sustainable fuel, United is finally putting a spotlight on the billions of dollars of good they’re doing behind the scenes.

The film was shot in a way to feel like a sci-fi story, except “Without the ‘fi,’” to hook viewers but never emotionally manipulate them. Carbon neutrality and sustainable fuel are already innovations people care about, but it’s about showing that an airline can do more than invest in tree planting to clean our skies.

The OOH executions are simple, clever ways to show how you, a passerby can do your part to literally fly a plane on the trash you throw out. Whether you’re walking past a bike rack in Newark, or a beach in Huntington, the trash you throw out can actually help fuel that plane flying overhead. It’s doing more than just a static billboard or a trash can placement– it’s involving the audience in a cause they care about.

Video for Good Leads the Way 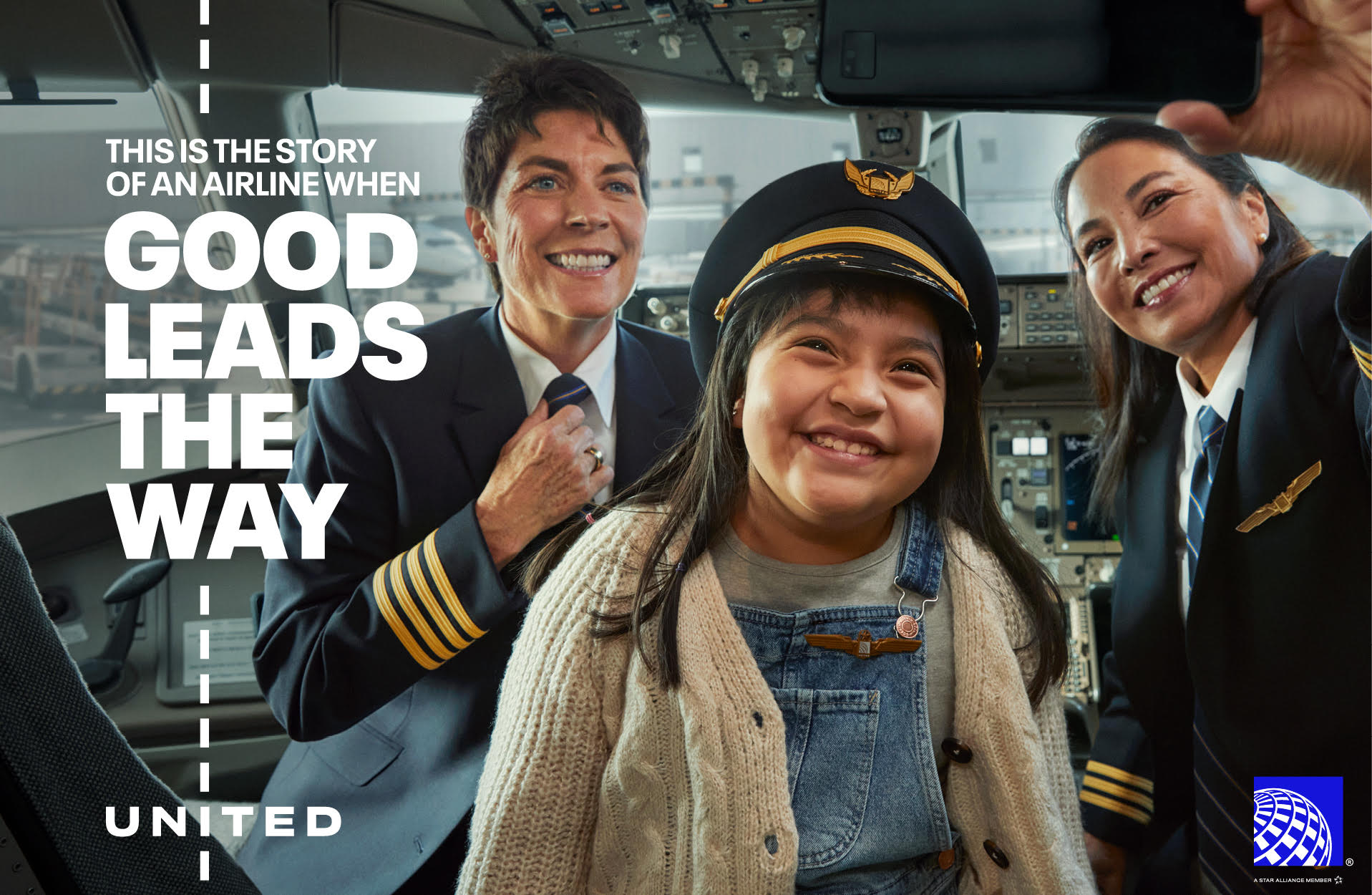