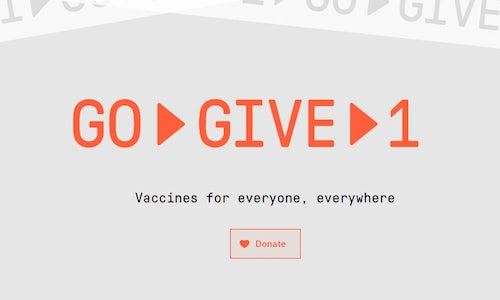 GO GIVE ONE CAMPAIGN FOR VACCINE EQUITY

One year after the start of the coronavirus pandemic, the world saw a glimmer of hope as the rollout of vaccines began. However, as citizens from wealthy countries swiftly made appointments to get immunized from the virus, people in lower-income countries lived in a different reality. There quickly became a noticeable gap in access to the vaccines as rich countries purchased plenty of shots while low-income countries struggled to secure enough doses to innoculate even half of their population.

Anticipating this severe vaccine inequity, the newly established World Health Organization Foundation (WHO Foundation) created Go Give One, a fundraising campaign to combat disparities in COVID-19 vaccine distribution. The premise was simple. Donate $5 to Go Give One to purchase a vaccine for someone else.

Four months after the launch of Go Give One, the WHO Foundation was looking to amplify support for the campaign and position it as the obvious solution to COVID-19 vaccine inequity.

Working with the global communications agency freuds, Entertain Impact helped facilitate a $1 million match partnership between the WHO Foundation and The ELMA Vaccines & Immunization Foundation ahead of Go Give One’s announcement at Global Citizen LIVE in September 2021.

Entertain Impact was approached by The ELMA Vaccines & Immunization Foundation to work with the WHO Foundation as a strategic partner on the Go Give One campaign. ELMA Philanthropies, an organization that invests in public health initiatives, was interested in supporting the vaccine equity campaign with a $1 million match partnership. This partnership depended upon the WHO Foundation establishing and launching an effective marketingcampaign for Go Give One. Having worked with Entertain Impact’s team in the past, ELMA Philanthropies felt confident that we could effectively advise the WHO Foundation as they worked with a communications agency to launch the Go Give One campaign.

The WHO Foundation wanted to partner with a communications agency to help grow and scale their overall marketing strategy while also bolstering Go Give One campaign and integrating it into their key initiatives. Following discussions with multiple agencies, the global communications agency freuds was chosen to work with Entertain Impact and the WHO Foundation on Go Give One.

Entertain Impact, the WHO Foundation, and freuds frequently met to discuss the tone of voice, messaging, and creative that was being developed.

From the outset, the WHO Foundation wanted Go Give One to be marketed as a people-powered movement that persuaded the public to act on their urgency to end the coronavirus pandemic. After some discussion, the team decided that the original tone and messaging proposed for the fundraising campaign fell short of this goal, often sounding disconnected from the everyday person the non-profit wanted to reach. For example, early versions of the messaging stressed the importance of “giving up” something that equates to $5, so they can instead donate to give someone a vaccine through Go Give One. As the value of $5 in someone’s life could differ from person to person, the team reworked this approach to focus key campaign messaging on the hope and determination that we could end COVID-19 together.

The Go Give One team came up with an identity for the campaign that concentrated on the following messages:

As the marketing strategy progressed, Entertain Impact assisted the WHO Foundation with their investment proposal to The ELMA Vaccines & Immunization Foundation. We knew that setting up the donation match partnership would be a key part of building more trust and recognition for Go Give One. Feeling confident that the WHO Foundation had a great marketing plan for the global fundraising campaign, ELMA Philanthropies agreed to the $1 million match partnership for Go Give One.

The $1 million match partnership between Go Give One and The ELMA Vaccines & Immunization Foundation was announced at Global Citizen LIVE, a 24-hour, worldwide event that brings together artists, celebrities, and world leaders to create change. During the event, public figures and performers such as Elton John, Billie Eilish, Priyanka Chopra, and the Duke and Duchess of Sussex took to the stage to speak on the importance of vaccine equity.

Following the announcement of the match partnership at Global Citizen LIVE, the WHO Foundation’s fundraising campaign gained widespread attention. News outlets such as GQ, PR Week, Financial Times, and CNBC covered the global health initiative, and the WHO Foundation secured a paid media partnership with VICE. Most importantly, in just a few short months, Go Give One raised nearly $1.7 million from donors worldwide, and the donation match partnership with The ELMA Vaccines & Immunization Foundation helped purchase more than 536,000 COVID-19 vaccines for people in lower-income countries. 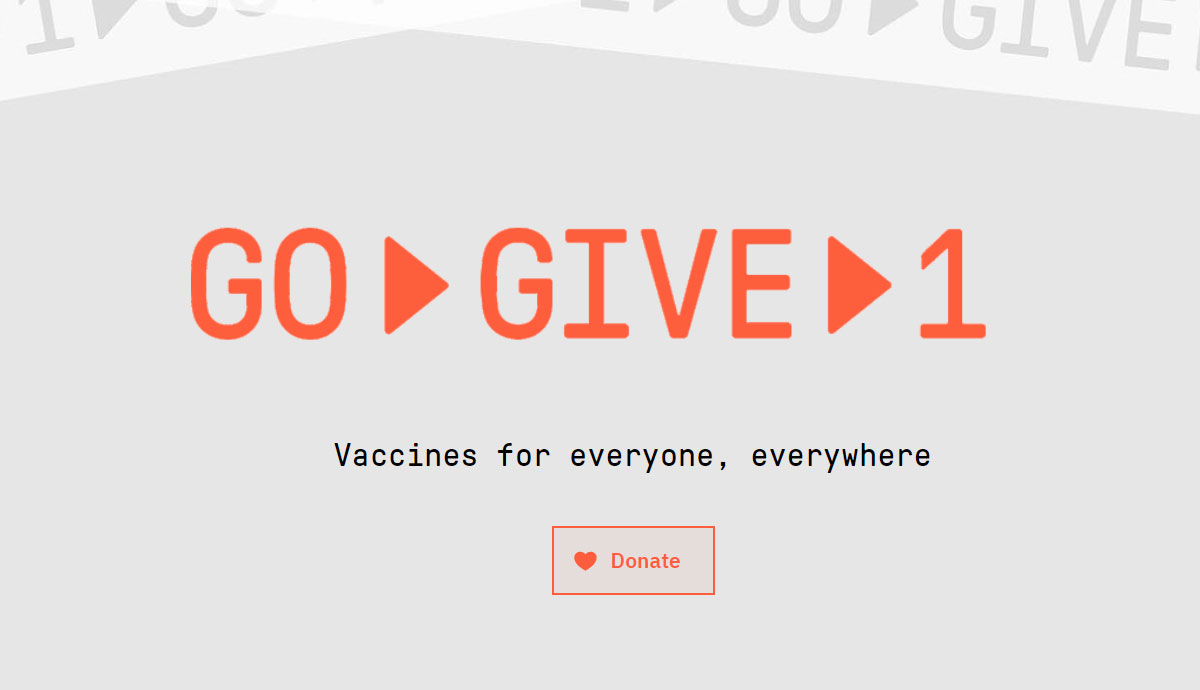