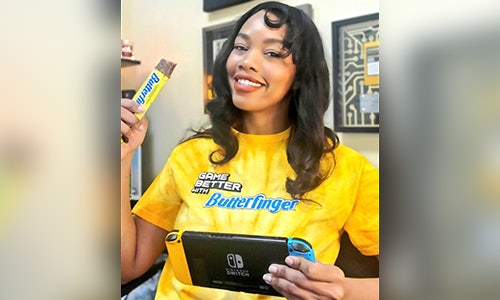 When Ferrero acquired Butterfinger, it was a crispety, crunchety, iconic brand beloved by many Gen X fans but not getting the strategic marketing support it needed to win over the next generation of consumers. In 2020, the Butterfinger team at Ferrero began to turn that around with the Game Better With Butterfinger program, designed to build affinity among Gen Z and Millennial gamers through up-and-coming streamers and YouTubers as well as exciting promotions involving fan-favorite games. Since 2017, Butterfinger social presence has grown over 52% on Instagram and Twitter.

This year, Butterfinger leveraged its unique Twitch presence and a successful strategy prioritizing micro influencers to take the Game Better platform to another level by building in intimate and authentic moments on Twitch on top of the exciting and successful promotions he has become known for. The many surprising moments in gaming driven by the brand this year include: a mad dash to get dune buggies and ponchos in Butterfinger Yellow; warm welcomes for the brand in Chats across Twitch; an original rap song about Butterfinger; happy tears on-stream in reaction to the brand’s support; and an authentic, impactful conversation about representation in gaming hosted on Butterfinger’s Twitch Channel.

All told this year the Game Better With Butterfinger program reached more than 270 million gamers across Twitch, YouTube, social media, and press coverage, was directly responsible for selling thousands of bars, and was a major driver of the brand’s 22.3% growth this year.

This year was all about leveraging the strong reputation we built among gamers into new ways of engaging that would create even more connections with Millennial and Gen Z consumers.

Butterfinger’s unique “like a fan, not a brand” approach to Twitch generated quality engagement and helped build our reputation among streamers. Rather than promoting Butterfinger’s Twitch presence, the brand pops up in the chats of other streams, gifting subscriptions that help grow the streamer, participating in the community conversation, and encouraging gamers to support their favorite personalities. The community has embraced this approach by creating Butterfinger emojis, reaching out via DM to thank us for support, and even gifting us our own subs!

Fans got excited to bring some yellow and blue to their battle royale. In past promotions, Butterfinger worked with game publishers to offer things like power ups and badges in-game. With its partnership with popular “battle royale” game PUBG MOBILE, for the first time the brand was able to offer Butterfinger-branded items in the form of a special parachute, dune buggy, and poncho players could outfit themselves with in the game. This latest “buy, get” offer not only motivated purchases from PUBG MOBILE fans, but also generated valuable visibility for the brand with the more than 1 billion users who have downloaded the game.

We hosted a space for trusted micro influencer partners to get real about representation in gaming. Butterfinger’s Black History Month activation aimed to boost Black and brown voices in the gaming industry by amplifying a diverse group of both new and longtime partners through sponsored Twitch livestreams. Partners hosted sponsored streams, touting their exclusive Butterfinger swag while streaming and including a CTA to catch the next partner’s streams. The activation culminated in a panel discussion with an incredible influencer host – Keisha, the head of POC gaming collective Sugargamers – on the Butterfinger owned Twitch channel. As Keisha said during the panel, “it’s super important for all of us to express allyship all year around, so we can have a more diverse, inclusive, and equitable space in gaming for all of us to enjoy”. That sentiment was echoed by another influencer, Candace, when she said, “I didn't see women that looked like me out there… where are women who casually game, have fun, and build a community?”. Fans thanked Butterfinger - in the Twitch Chat user @heatherreusz said, “This is a great conversation to be a part of! Thanks @butterfinger for bringing all these awesome creators together.”

A unique and authentic approach, an evolution of our successful promotional model, and tackling a key issue at an important moment all reflect the reputation and relationships Butterfinger has built in the gaming community, and contributed to a very successful year for the brand.

Butterfinger grew by 22.3% – outpacing the category – and the numbers show that the Game Better platform was a major driver of this growth. With Millennials and Gen Z specifically, 80% of the consumers driven by Gaming programs to purchase Butterfinger are under 39.​ Versus last year, Butterfinger household penetration is up 0.7% with Millennials and repeat business is up 4.3%.

Our unique approach to Twitch prioritizes off-channel engagement, surprising and directly engaging hundreds of fans through Twitch Chats in a positive, authentic way. In addition, streams and social posts in which users show off their yellow and blue Butterfinger gear drive hundreds of thousands of impressions monthly.

The PUBG MOBILE promotion got healthy buzz in the community, with over 62,200 views across Twitch Streams and YouTube videos, 15.9 million earned Twitter impressions, 15,000 influencer and owned social media engagements, and 299 pieces of press coverage. The promotion very effectively engaged younger consumers: 93% of code redemptions came from consumers under 39.

The amazing creators we’ve partnered with are growing along with us, many increasing their follower counts significantly since first donning a yellow Butterfinger beanie. These partnerships not only help an iconic brand build its reputation for fun with a new generation, they also lift up voices in gaming that deserve to be heard.

Video for Game Better with Butterfinger 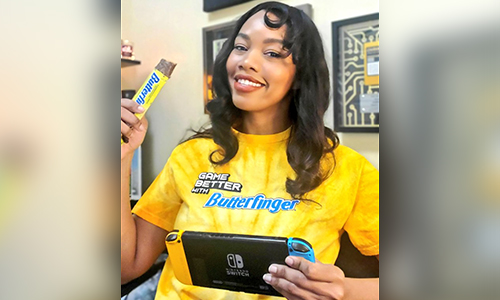 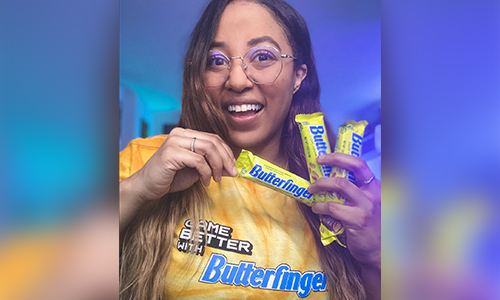 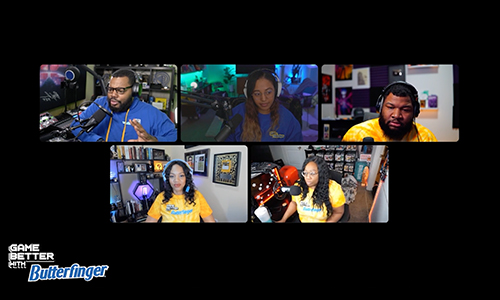 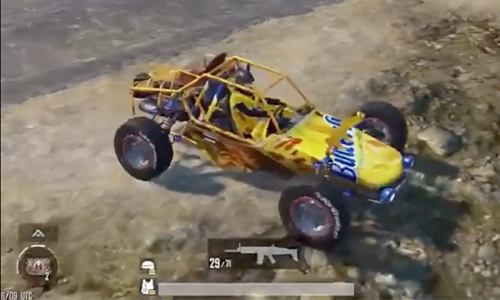