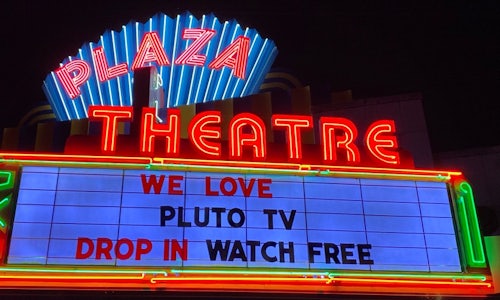 In 2021, Pluto TV, the leading free streaming television service, launched a “free movie weekend” initiative to support independent and family-run theaters across the nation as they began to open up and get back to business after an unprecedented year. The goals of this initiative were to support various local markets across the country through providing aid to independent theaters, while also promoting use and awareness of Pluto TV in specific regions.

This initiative started over the summer with seven theaters and continued in the fall with nine others. Playing on Pluto TV’s “free” element (Pluto TV is the leading FREE streaming television service), the platform provided free movie weekends to local theaters across America at no cost for both the theaters and the patrons. Working with the theaters directly, Pluto TV gave patrons free movie tickets, alongside free popcorn and Pluto TV swag, and brought back the joy of going to the movies to communities everywhere. This initiative allowed each theater to give away movie tickets to local citizens at no cost to them, all in an effort to help Pluto TV interact on a personal level with local communities, while at the same time bringing back the joy of going to the movies, supporting local businesses, and celebrating cinema.

This initiative was born from the fact that stay-at-home orders hindered some businesses, while being incredibly fruitful for others, like the streaming sector. Pluto TV was one of the few sectors to have had great success during the trying times of the pandemic, as people were looking to escape reality and enjoy nostalgic content that was free and easy to access.

This initiative started in the summer of 2021 with seven theaters, and after hearing about all the sold out movie weekends and receiving such positive feedback from the theater owners, Pluto TV continued the initiative in the fall with an additional nine theaters. Each theater was able to continue with their current programming of choice, but Pluto TV bought out a certain number of tickets that the theater owners could give away for free, encouraging patrons to return to the movies and support local businesses. Truthfully, one of the largest challenges was convincing local business owners that Pluto TV was being completely transparent and legitimate in their intention – that a company really did want to give back and pay forward some of their unexpected gains. But, the results of the campaign were even better than Pluto TV expected and they could not have imagined the positive reception and gratitude from business owners and theater-goers.

Ahead of each free movie weekend, Pluto TV’s press team pitched each local market and targeted press in the city and around the region, securing numerous calendar listings, editorial features, and even broadcast segments to promote both the initiative, as well as the theaters in general, allowing them to share with the public how the COVID-19 pandemic affected their business through the stay-at-home orders. Even theater owners were able to take part in this, as a few were featured on broadcast segments and in local outlets, and following each free movie weekend, many owners reached out to the Pluto TV to thank the company and share how excited patrons were to return to the theater.

As we have always believed that we are complementary to other streaming services, movies, linear and more - we felt it was key to preserve the ecosystem and give back to those who didn’t have the same fortune we did during the trying times of the pandemic. In turn, we were proud to present a program that was as substantive and feel-good as it is mutually beneficial to all parties -- theaters, Pluto TV and audiences.

The initiative secured over 100 total unique press hits across 16 local communities, further expanding reach to intimate, local audiences in a way that makes a connection between citizens of these cities and Pluto TV. Local theater owners were also included in some cities’ press — including broadcast appearances — further emphasizing Pluto TV’s success in interacting with and giving support to the local community. However all of this was just an added bonus.

Pluto TV’s independent theater initiative not only brought significant support back to beloved independent theaters, but also heightened awareness of Pluto TV’s services in those local regions that didn’t exist prior to this program, building a significant relationship with the patrons in these communities. The program put into perspective what it means to have a truly successful and meaningful campaign that extends beyond typical company KPIs, and hopefully inspires other companies to act in a similar fashion. 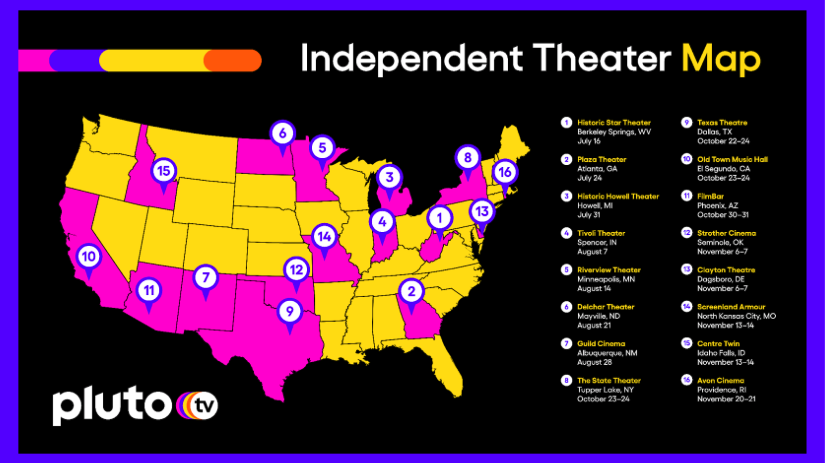 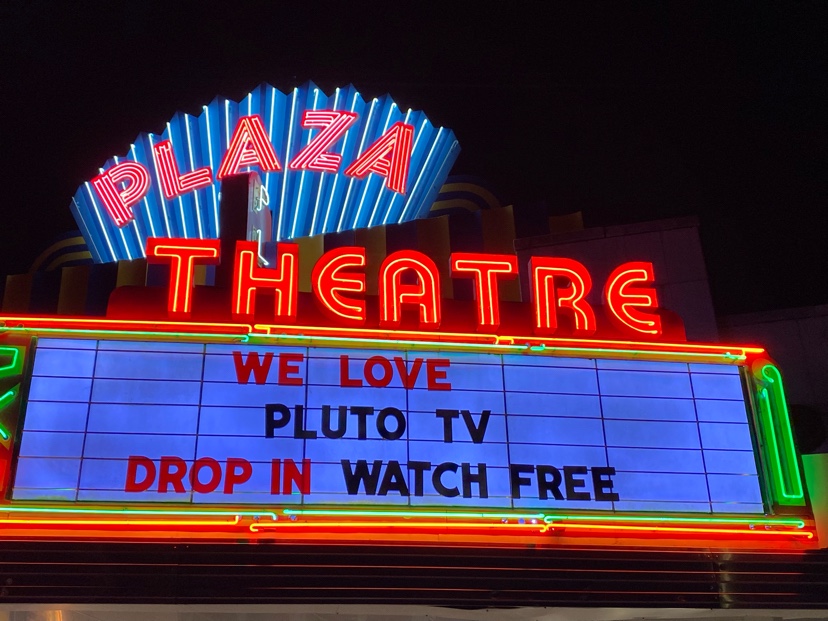