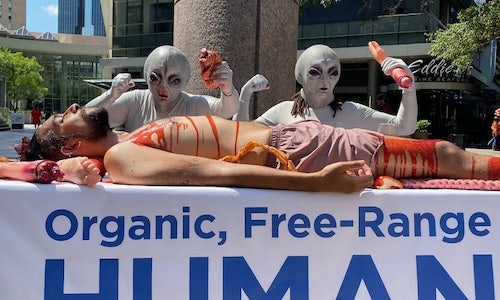 Suppose extraterrestrials believed in speciesism—the idea that all other species are inferior to one’s own? PETA showed folks in Mobile, Alabama, and social media exactly what that could look like with an out-of-this-world luncheon.

This eye-catching “lunch” turned heads in real life and online as part of PETA’s “Veganuary” efforts to encourage everyone to go vegan for 2022 and beyond! Who could ignore realistic aliens chowing down on “free range” humans? This depiction was intended to draw attention to humane washing, which is just a label used to dupe customers into thinking that “happy meat” exists. It’s clear from the bloodied human in the display that there’s no such thing.

On Instagram and TikTok, we echoed the trendy “What I Eat in A Day” format influencers use to share their meals. In a voiceover, we talked about the entire spread in a fun and relatable yet creepy way that folks are used to hearing on IG. It was watched over 1.6 million times. In addition, we shared images across our platforms and posted a video from the event on Facebook.

If aliens visit, we’d all better hope they don’t cage us, kill us, and chop up our bodies the way humans have done to other species!

Across platforms, our videos have over a combined organic 1.6 million video views. Comments on the posts applauded the display, and many folks noted that they “get it” now. 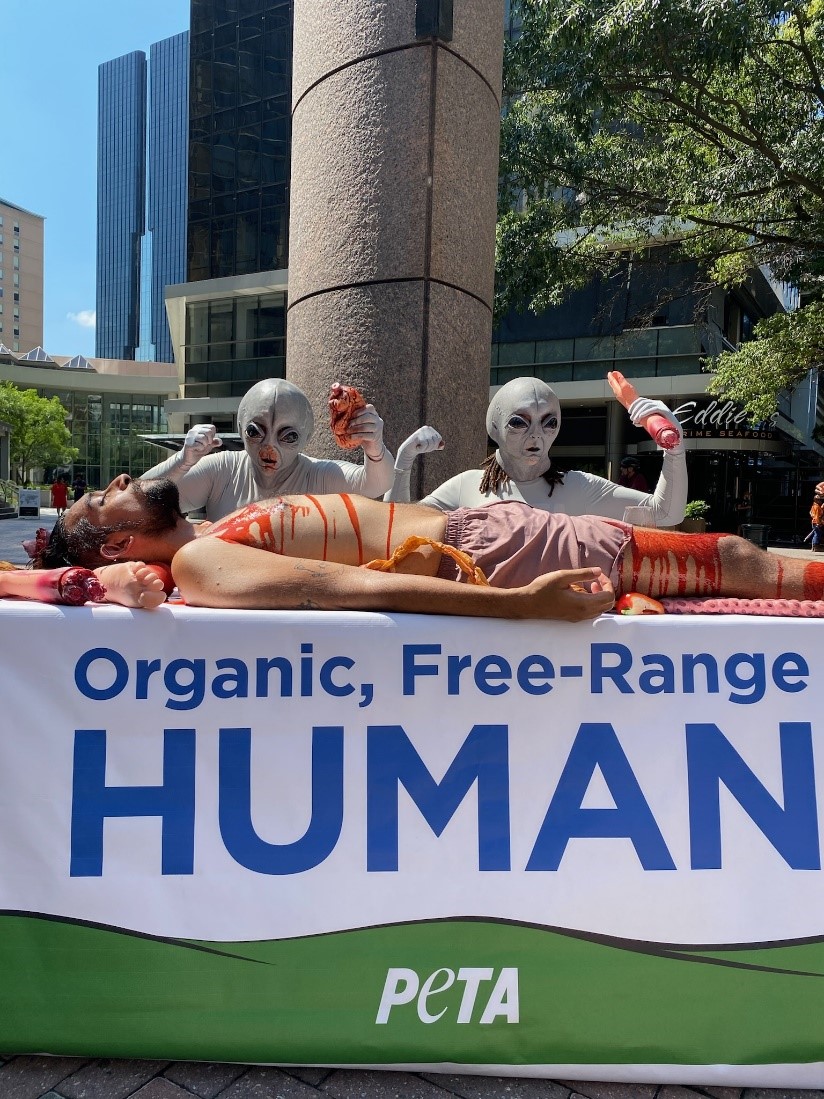 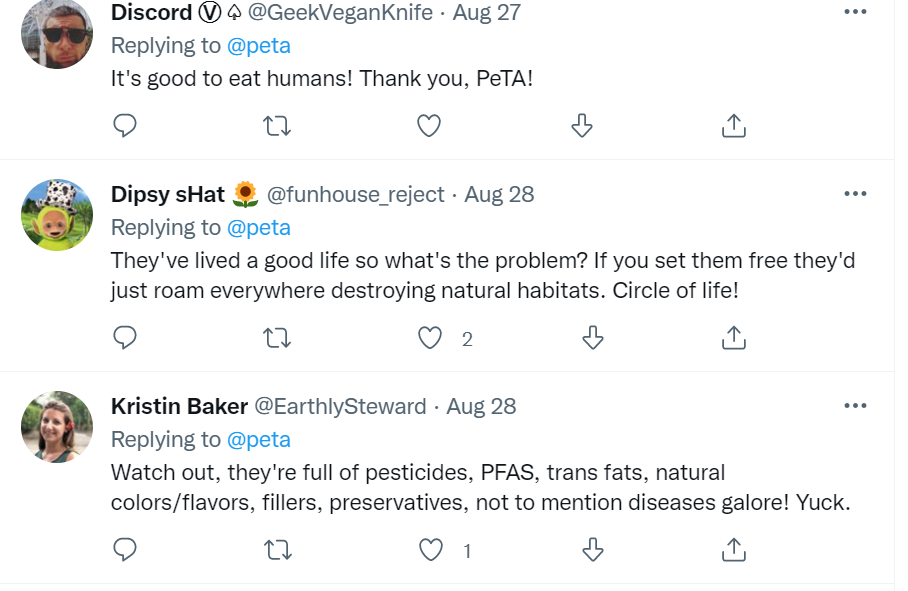