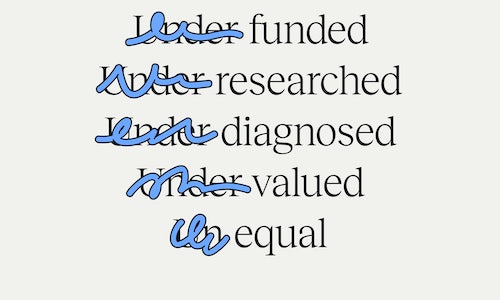 Winner in Campaign by a Woman-Owned Business

Evvy was founded on a simple but shocking fact: women were not required to be included in US clinical research until June 10, 1993, when Congress finally passed the NIH Revitalization Act.

Previously, “women with childbearing potential” had been actively excluded from the early phases of most clinical trials. Even female mice were almost entirely excluded from research due to their hormonal cycle.

That means that much of modern medicine is built on research performed exclusively on male bodies, and the effects of this research gap are serious – even deadly.

Women are diagnosed significantly later than men on average across over 700 diseases, in some cases waiting up to 10 years for the right diagnosis. We’re more likely to die from heart attacks, react poorly to prescription drugs, and have our pain and symptoms dismissed by doctors.

On June 10, 2022, Evvy created the first annual Equal Research Day, to mark the 29th anniversary of the NIH Revitalization Act and highlight how far we still have to go. The goal of the day is to promote inclusive research, tell our stories, and raise awareness for the gender health gap.

The campaign benefitted Society for Women’s Health Research, and raised thousands of dollars for their mission to promote research on biological sex differences in disease and improve women’s health through science, policy, and education.

Evvy created the first ever Equal Research Day to highlight all the ways that the female body is “Underfunded, Underresearched, Underdiagnosed, Undervalued, Unequal” — but they didn’t stop at raising awareness. They also provided actionable ways for people to get involved, including donating to Society for Women’s Health Research (SWHR), finding clinical trials, and sharing their story on social media to benefit SWHR.

Evvy spread the word about the new holiday and its mission by organizing a star-studded social campaign with notable female founders and celebrities like Reese Witherspoon, Karlie Kloss, Naomi Watts, Gabriella Hearst, Hannah Bronfman, Amy Griffin, Drea Wheeler, and more. Together, they encouraged millions of followers to learn about the gender health gap and get involved at equalresearchday.com.

Evvy also partnered with companies like Bumble, Ro, Real, and 20+ other women’s health startups to amplify the mission of Equal Research Day with their audiences.

At every step, Evvy lifted up SWHR and their mission to research biological sex differences in disease. For every post shared on social that tagged #EqualResearchDay, Evvy donated $1, in addition to creating the first ever Equal Day Research collection of tote bags, hats, and stickers, with all proceeds benefiting SWHR.

Finally, Evvy deeply engaged the scientific community by hosting a women’s health research panel in NYC with top-tier editors, doctors, and scientists for an informative event on research disparities, underscoring the importance of building real world datasets that can transform how we predict risk for, diagnose, and treat health conditions in the female body.

To reach the scientific community outside of NYC, Evvy co-founders Priyanka Jain and Laine Bruzek co-wrote an op-ed, published in Fortune on June 10, that explores the gaps in women’s health research and how everyone — doctors, educators, lawmakers, researchers, and patients — can work together to close the gender health gap for good.

The results of Equal Research Day were staggering. The social campaign on Instagram alone reached tens of millions of people! Celebrities, companies, and scientific community members alike shared our equal research manifesto, from Reese Witherspoon to Dr. Ann McGregor to Bumble to the NIH itself and more.

On Evvy’s own TikTok, the videos we made about the gender health gap in the week leading up to Equal Research Day hit a combined 1.8M views. Thousands more people engaged with the Equal Research Day mission via our op-ed in Forbes, our event in NYC, our merch collection, and more.

Most importantly, Evvy raised thousands of dollars for Society for Women’s Health Research, and continues to partner with them to support their mission.

With Equal Research Day, we set out to bring attention to the gender health gap and inspire our community to get involved. We certainly achieved that goal — on a scale orders of magnitude beyond what we expected!

Imagine a world where female health is finally understood: where risks are detected early and precisely; conditions are defined with specificity and nuance; and diseases are treated with personalization and care. That’s the world that Evvy is pioneering. 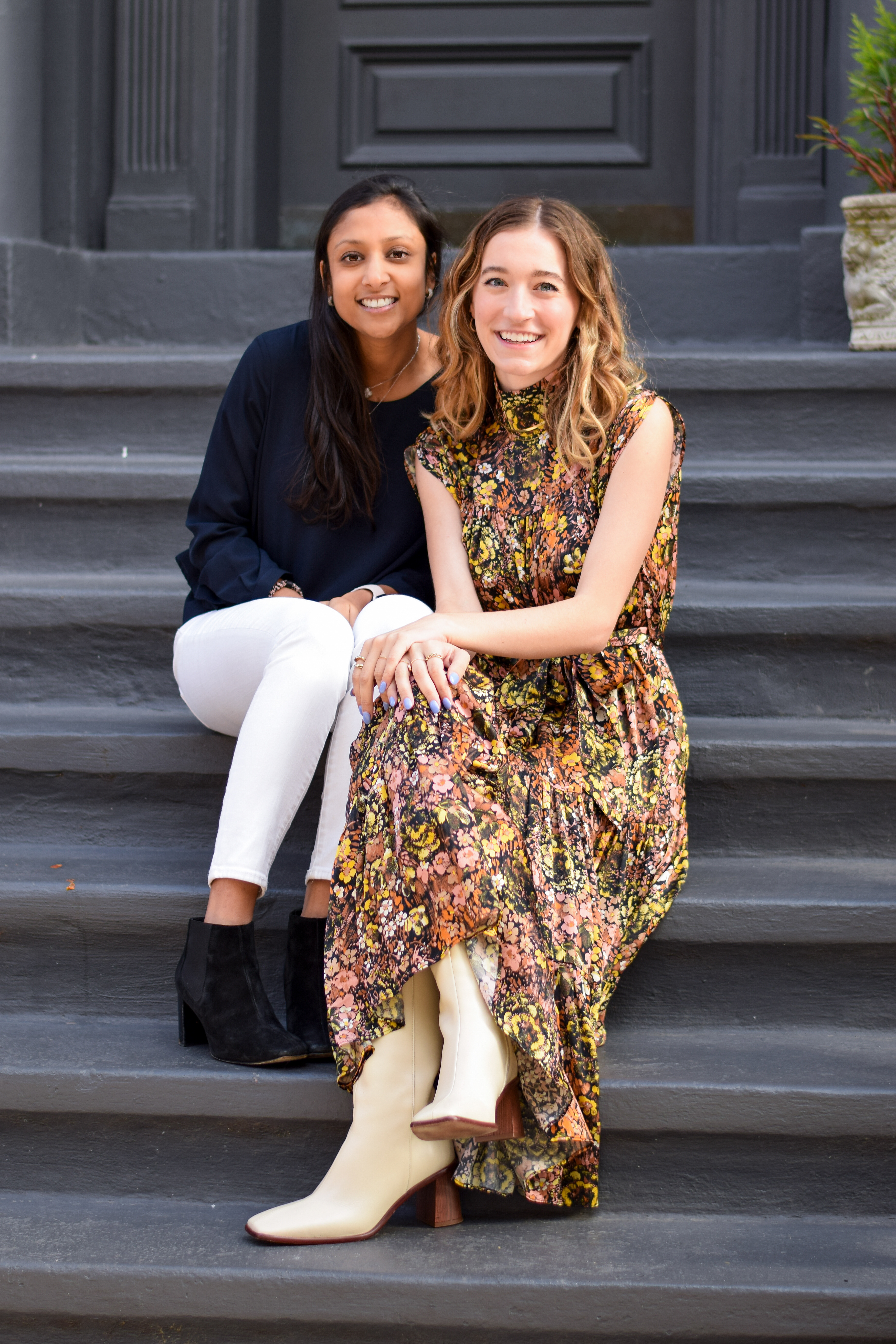 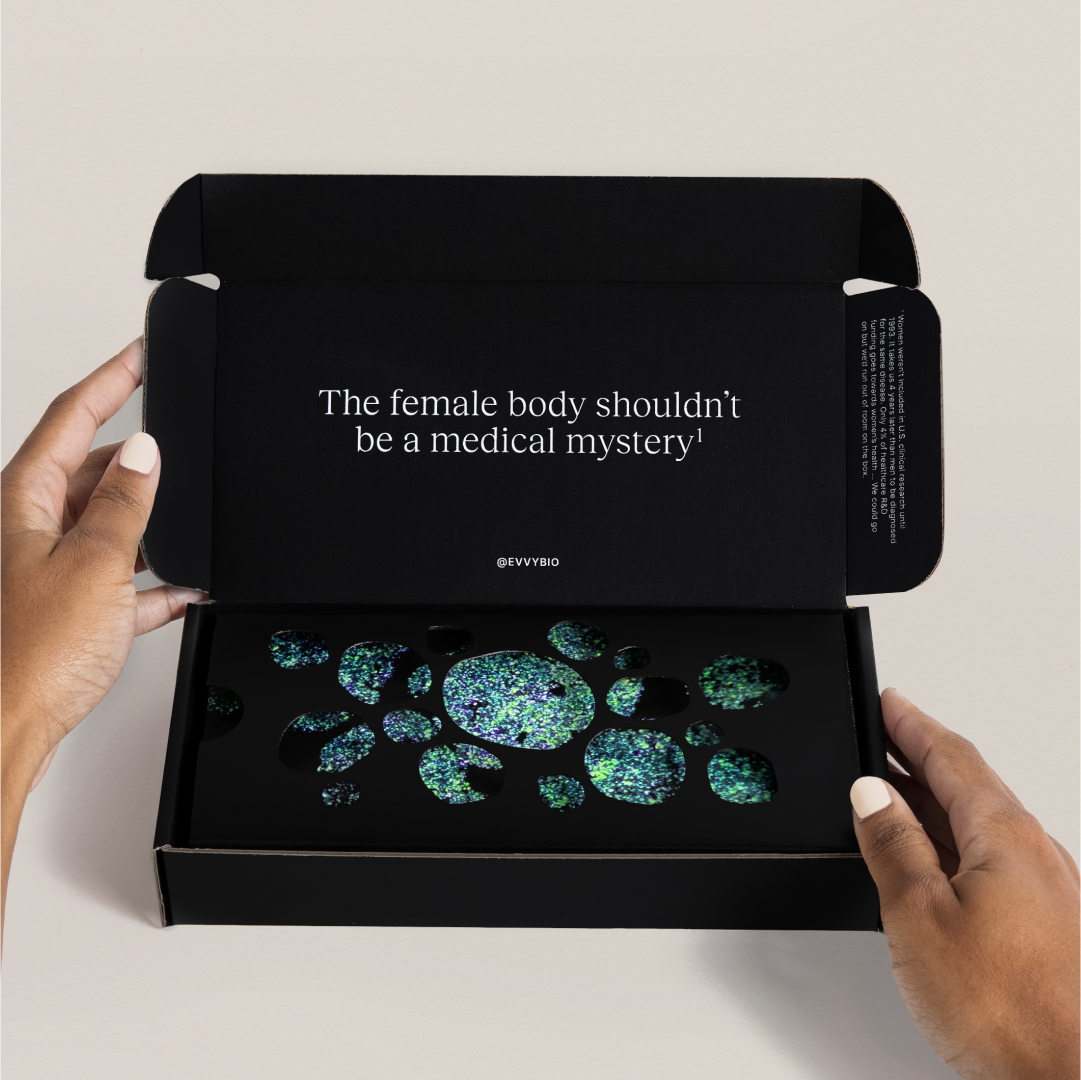 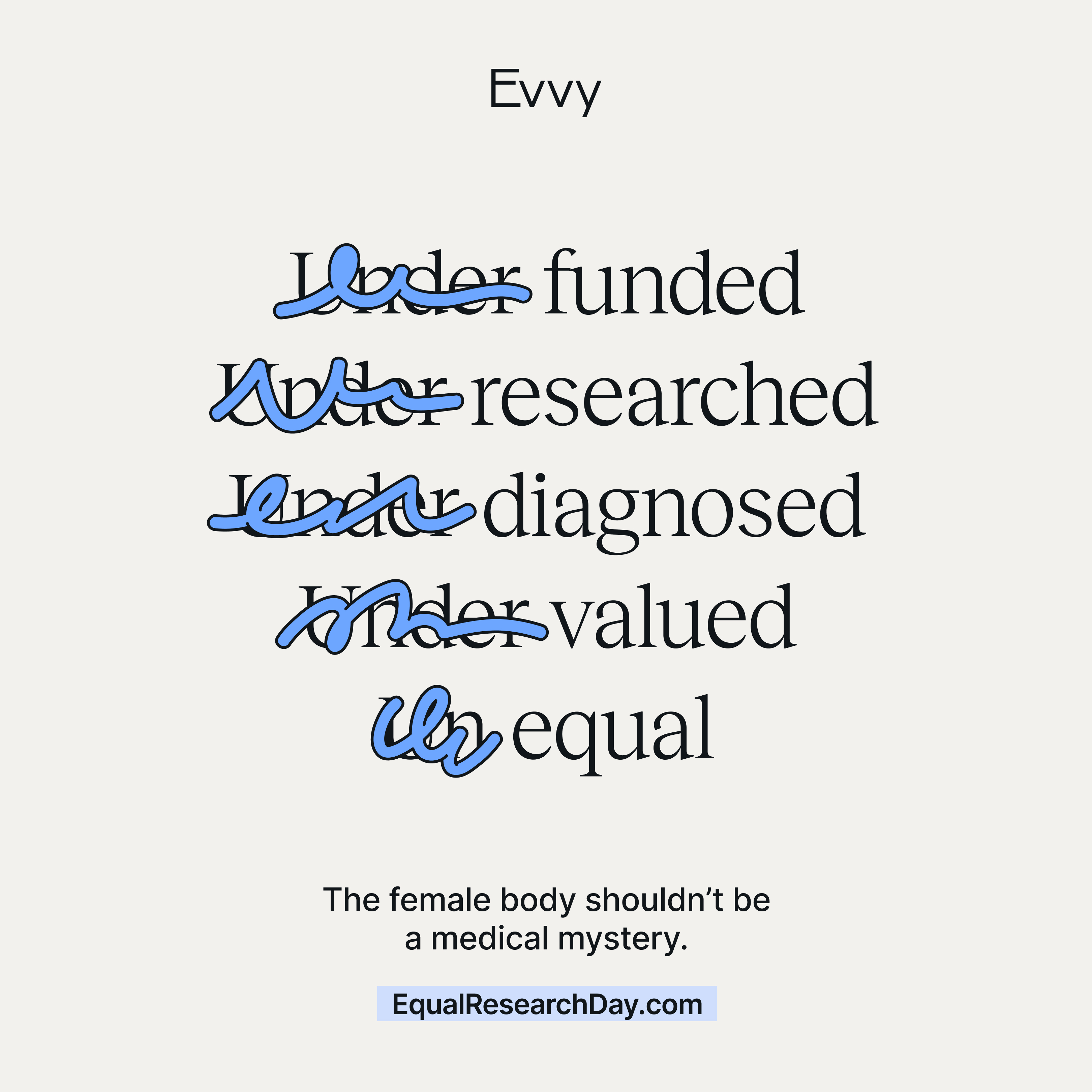