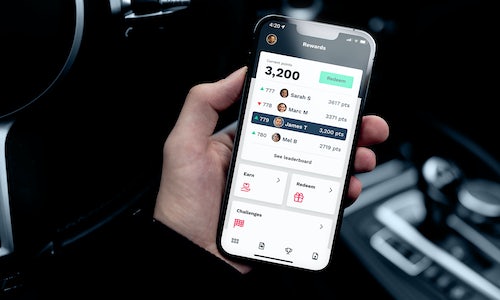 Founded in Austin, Texas, as a public benefit corporation, StellarFi is on a mission to disrupt the U.S. poverty cycle by opening access to credit to the 132 million Americans who currently have poor credit or no credit. StellarFi empowers its members to dramatically increase their credit scores using their everyday bills and payments such as rent and utilities, which StellarFi reports directly to the three main credit bureaus—Experian, Equifax, and TransUnion. Driven by his prior success in tackling complex financial problems, StellarFi Founder and CEO Lamine Zarrad plans to expand financial equity nationwide and support millions in their journey toward financial security.

Treble aimed to raise brand and consumer awareness for StellarFi via media engagement on news announcements and proactive storylines. Less than a year old, StellarFi required support in gaining brand visibility and in growing its customer base ahead of its public launch in June 2022 and driving investor visibility ahead of its next funding launch. Treble amplified StellarFi’s narrative with the media as a company on a mission to provide unprecedented access to credit-building and financial tools for underserved communities. Through press release announcements around partnerships and community good initiatives leading up to the product launch, along with Q&As and expert commentary to build the CEO’s thought leadership profile as well as awards for the company, Treble sought to increase StellarFi’s share of voice within the fintech sector.

Treble began engagement with StellarFi in March 2022. On the first day of our collaboration, Treble identified a trendjacking opportunity with Terry Collins and secured a story with USA Today to help get StellarFi on the map with mainstream consumers. Through collaboration with Terry, we came up with a collaborative story idea about how the tech workers in Ukraine were being impacted by the conflict. Terry worked with Treble to identify tech companies employing tech workers residing within UkraineTreble shared this opportunity with StellarFi who had several Ukrainian employees. A USA Today was published shortly thereafter, resulting in national coverage for StellarFi.

Treble helped StellarFi promote its first community good-focused event aimed at providing financial education to the community of Bridgeport, CT. Bridgeport ranks No.1 among cities nationwide that have the most people saddled with five-figure credit card debt. And one-quarter of Bridgeport’s population struggles with more than $10,000 in credit card debt. StellarFi’s event, Stellar Credit Day, educated community members on how they may eliminate financial burdens by improving financial literacy. During this event, which StellarFi put together in partnership with the Alpha Kappa Alpha Sorority Theta Omega Chapter, the mayor of Bridgeport deemed April 30 to be “Stellar Credit Day.” Treble engaged with key influencers who are also StellarFi founding partners as part of this and future initiatives: Stacey Tisdale, and Angela Yee, who hosts the nationally broadcast radio program, The Breakfast Club. The resulting coverage appeared in Path.

Following this event, Treble mapped out a strategy and plan in anticipation of several partnership collaboration announcements ahead of StellarFi’s product launch in June. The first partnership was with LiveLike, which StellarFi engaged to develop gamification for its platform. Treble collaborated with the LiveLike PR team to develop, pitch and disseminate the announcement in May.

StellarFi and Treble then collaborated to promote another partnership with the National Foundation for Credit Counseling. StellarFi’s goal in working with the largest and longest-serving counseling organization was to empower the four in seven Americans who do not have the tools they need to grow their finances.

Subsequently, StellarFi and Treble collaborated on the product launch announcement plans and timing. The Treble team also collaborated with the PR teams of Stacey and Angela on this distribution. Treble focused on Tier 1 tech as well as fintech media outreach focused on StellarFi’s fintech capabilities. Treble also created a pitch for Stacey and Angela to use during this month, which the team identified as National Homeowner’s Month, to further appeal to consumers.

Treble’s initial placement in USA Today with Evan Zimmer garnered 43,347,814 UVM. This was a huge win for Treble and StellarFi right out of the gate. Stellar Credit Day resulted in unique coverage with Patch. After working closely with the LiveLike PR team, Treble’s release regarding this partnership resulted in 47 syndicated wire release pickups. We secured coverage with the Bezinga e-newsletter, which has over 800,000 subscribers, and with GlobalFinTechSeries, which has 10,740 UVMs. And as a result of Treble’s collaboration and close planning with StellarFi throughout the NFCC partnership, Treble secured another Tier 1 opportunity with ZDNet’s financial tech reporter, Evan Zimmer, and garnered 5,459,277 UVMs.

Treble continued its success with ZDNet following the StellarFi product launch, which resulted in 14 pieces of coverage (more than twice the anticipated results). Because of Treble’s successful engagement efforts with Evan, StellarFi was featured again in ZDNet, yielding an additional 5 million views. A feature story with the leading fintech outlet American Banker garnered 237,455 UVM.

Separately, Treble secured a feature Q&A article  in Authority Magazine about Zarrad’s personal experiences as a refugee, veteran and immigrant, which garnered 73,388,495 UVM. 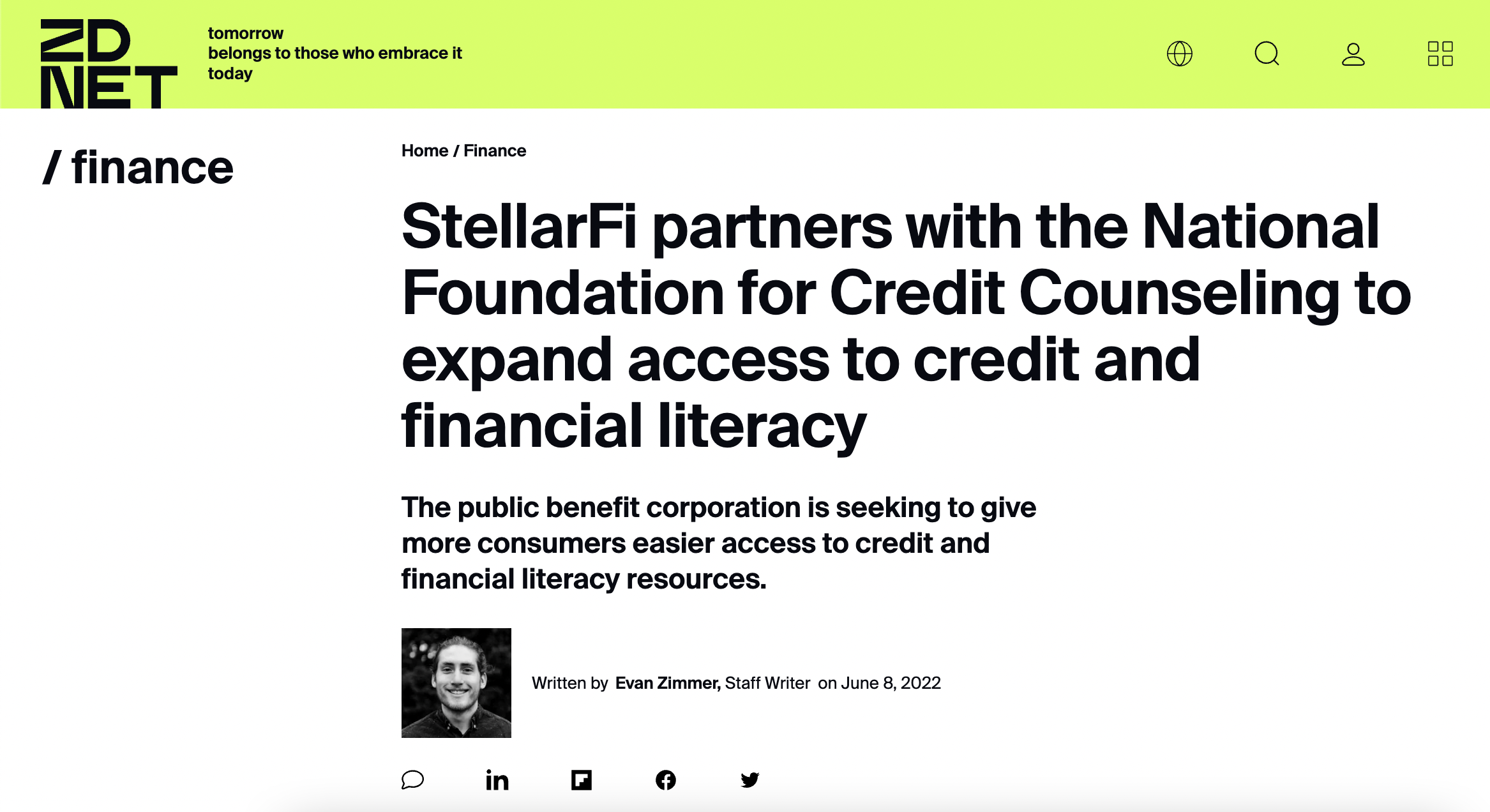 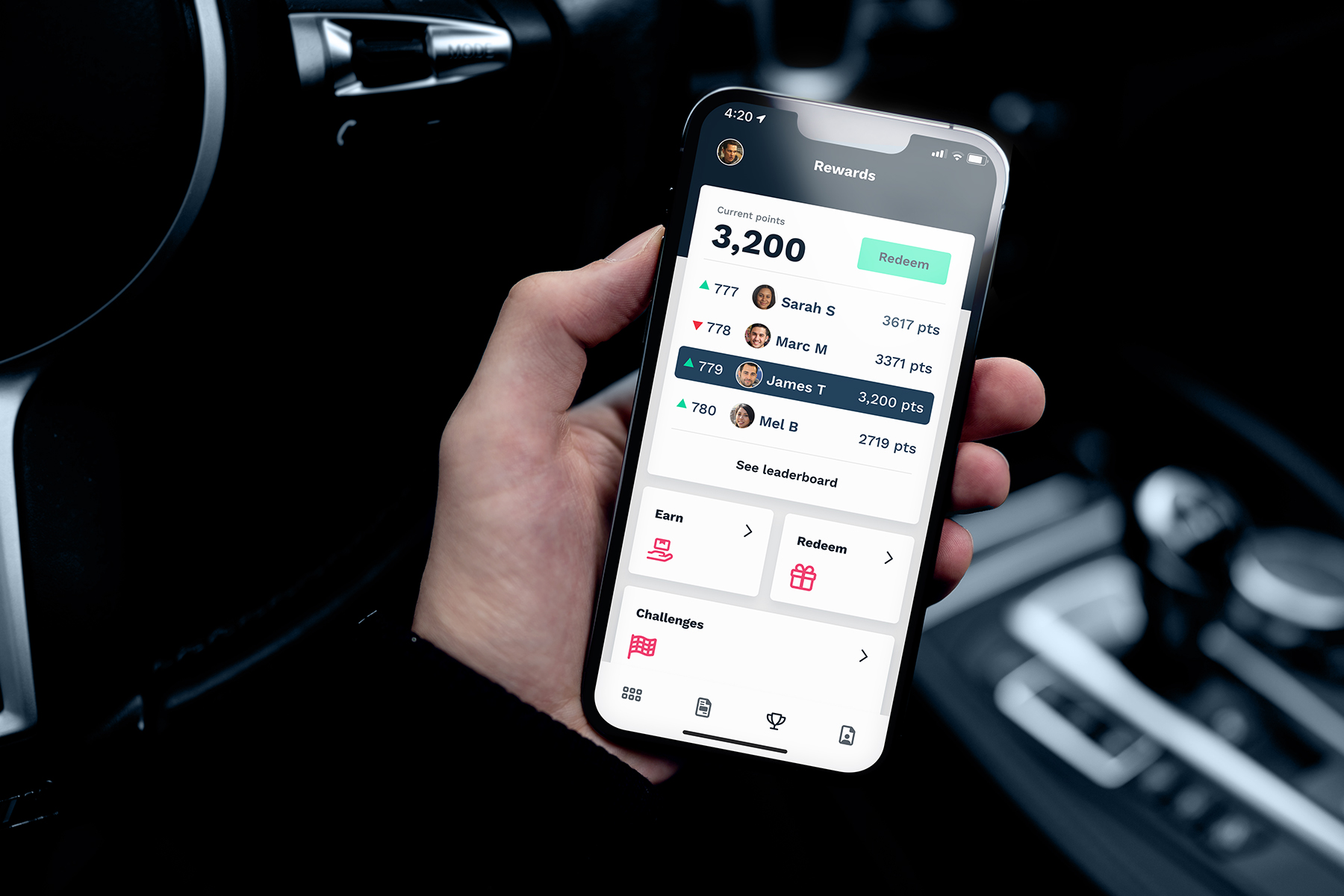