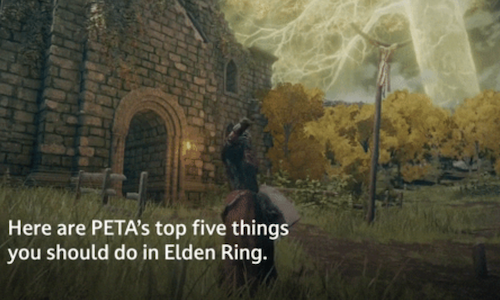 PETA’s Top 5 Things to Do in Elden Ring

PETA aimed to entertain and educate fans of Elden Ring as to why the animals in the Lands Between deserve respect—just as animals here in the real world do. This creative call to combat speciesism led to “PETA” trending on Twitter,

PETA’s creative team carefully crafted a piece of content that resonated deeply with a niche audience leading to over two million video views on Twitter alone and props from across the gaming world. Our Video Lab department spent hours immersed in the game’s unique language, characters, and Lands to fully commit to making the content’s recommendations credible. In the video, we put characters in scenes with animals that gamers may encounter while playing and chose thoughtful yet clever language that speaks to gamers and gets our anti-speciesist point across.

Across platforms, the video has over 2.3 million views, including two million on Twitter alone. The word “PETA” trended on Twitter with attribution to gamers reacting to the video. We received positive engagements, shares, and retweets from big gamers, YouTubers, and media influencers with hundreds of thousands of followers, and several outlets, including Gaming Bible, USA Today, and ComicBook.com wrote about the piece. 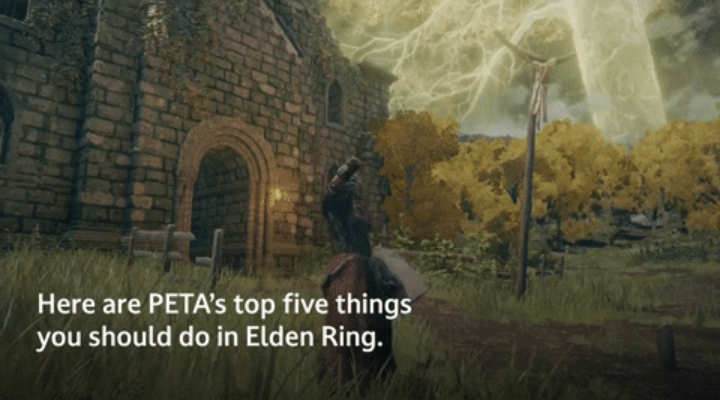