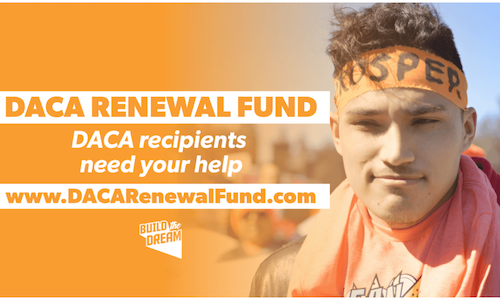 In 2017, The Trump administration announced their plans to end the Deferred Action for Childhood Arrivals (DACA) program, which protects young undocumented immigrants from deportation and provides them with a work permit. The protections and work permits must be renewed every 2 years. The DACA program is the most successful and popular policy in the immigrant justice movement in nearly 40 years. The end to the program would have devastating impacts on the lives of over hundreds of thousands of young people and millions of American families.

United We Dream, the largest immigrant youth-led immigration network in the country, led the fight to protect the program. This included a legal battle that reopened renewals for current DACA recipients in early 2018. Knowing that we had a lengthy legal battle in front of us and that any moment renewals might close up again, we needed to make sure as many DACA recipients as possible were renewing their protections.

Yet, one of the barriers to the program is the steep price young immigrants have to pay every time they renew, $495, not including legal service fees to support with all the paperwork.

Because our organization is led by directly impacted youth, we were able to identify this need and create the DACA Renewal Fund to quickly and efficiently send the fees to the people who urgently needed to apply and get two more years of protections. This fundraising effort also allowed us to offer allies a very tangible way to support.

Through the DACA Renewal Fund, our team was able to take a massive need and create a resource that would support our communities with these funds.

One of the hurdles we've faced is making DACA known and the need of DACA recipients mainstream. Everyday people didn't know what DACA is or what losing your DACA can cause, so we worked hard to create various creative and cultural strategies to make sure people knew what was going on and how they could help.

One of our most successful strategies was organically partnering with influencers including political leaders, such as Representative Ocasio-Cortez, Rep. Tlaib and Julian Castro, influencers like Patton Oswalt, and progressive organizations like MoveOn and Daily Kos. These partnerships were individualized fundraising campaigns with toolkits, training, content development, email tandem fundraising to facilitate the raising of funds across social media channels and email programs.

Another strategy was launching fundraising competitions within our membership, where they could use Facebook to raise funds from folks in their communities. We also ran ad programs targeting folks in our community that needed to know about the DACA renewals and how our fund could help them or someone they knew. We also used timely cultural moments - like the DACA 10th anniversary - this past June to raise over $20,000 more dollars. That’s 40 more folks we were able to support this year!

To be able to renew your DACA means two more years of deportation protections and a work permit. It means being able to pay for school tuition, or a mortgage payment. Two more years of DACA means that a person can continue to live their lives without fear of separation from their loved ones. It means stability for families and communities.

The DACA program continues to be in danger. Republican politicians continue to come after our protections and our ability to live with our loved ones in the place we call home. Any day now we could get a decision from the conservative 5th circuit court that would once again halt the DACA program. Our organization, our members and our allies have been not only fighting in the courts to protect DACA, but we’ve also been leading a legislative fight to win permanent protections - citizenship - for millions of undocumented immigrants.

We are now in another political and cultural moment where we must draw attention to the upcoming court decision and continue to encourage people to renew. Creating more attention and buzz around the DACA Renewal Fund will help us get more folks the funds they need to renew.

The DACA Renewal Fund has been extremely successful. In total, we’ve helped over 3,329 immigrant young people and dispersed $1,657,855 in funds, including two who shared with us what the fund meant to them:

“To be able to renew my DACA with the fee assistance provided by UWD, I am able to continue to share my story and fight for immigrant rights. Also, I am able to work toward my dream of becoming a social worker and eventually providing a home for children by becoming a foster parent.” - Jisu

"DACA allowed me to start my career working with children with need after graduating from college. With the DACA renewal assistance fund provided by UWD, I am able to ensure that I can keep working for children with needs and help my brother pay for his tuition." - Cindy

The majority of donations, which allowed us to help Jisu and Cindy, and reach a massive number of renewals, has been from everyday people whom we’ve been able to reach through our digital multi-channel fundraising program. What makes the DACA Renewal Fund stand out is that we’ve been able to simplify and popularize a complicated policy, and ensured every dollar raised goes to a DACA recipient who needs support. Through our creative grassroots approaches, we’ve taken an issue that’s unknown, showcased its impact and made the case for thousands to donate and show support for immigrants.

UWD does not keep any of the funds raised for the DACA Renewal Fund. 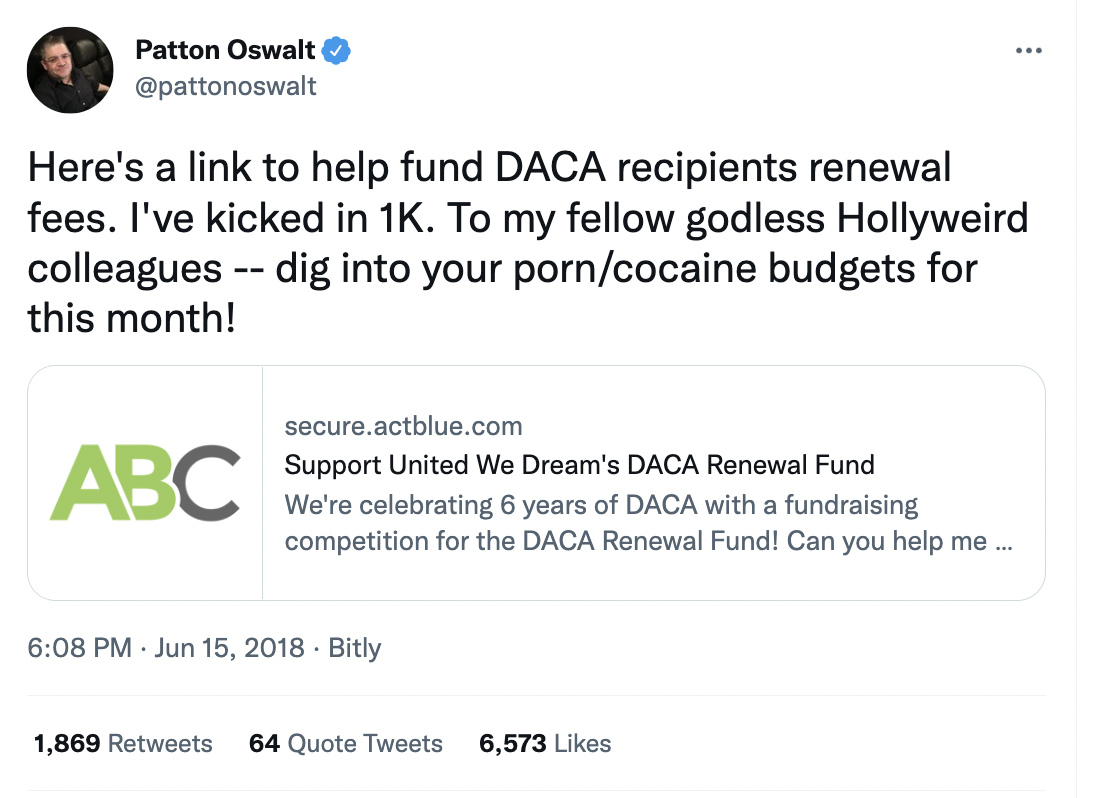 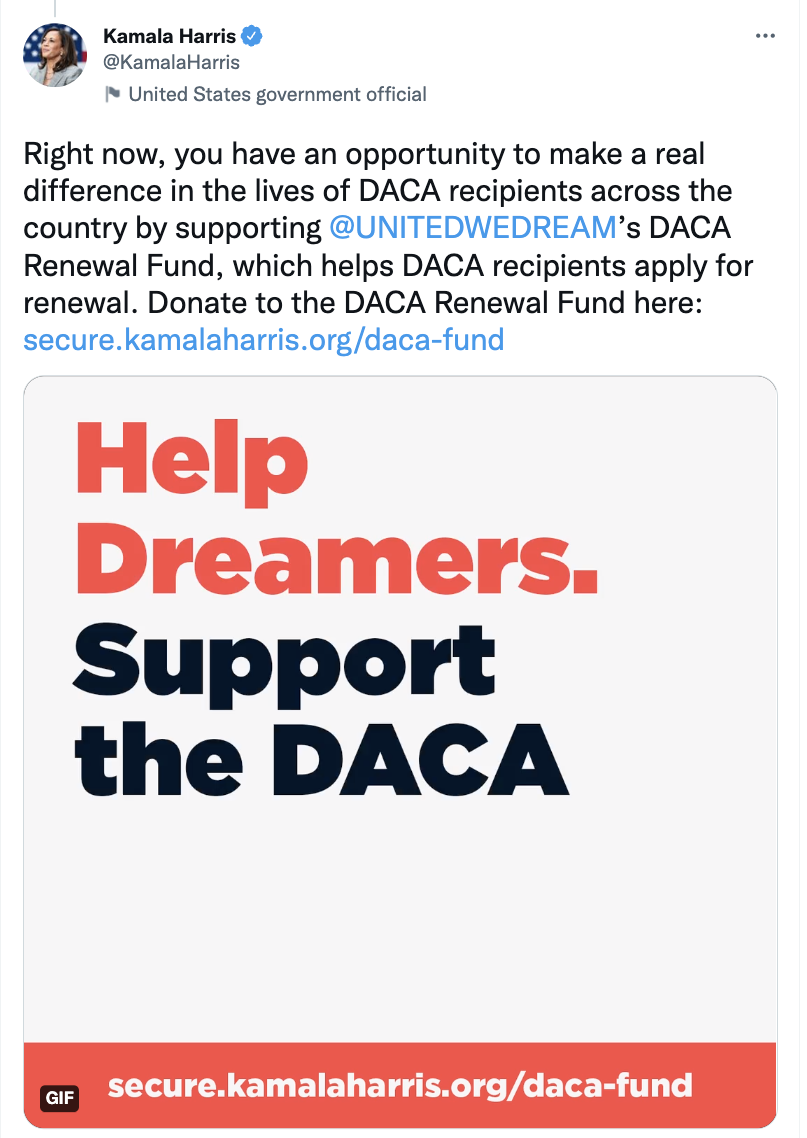 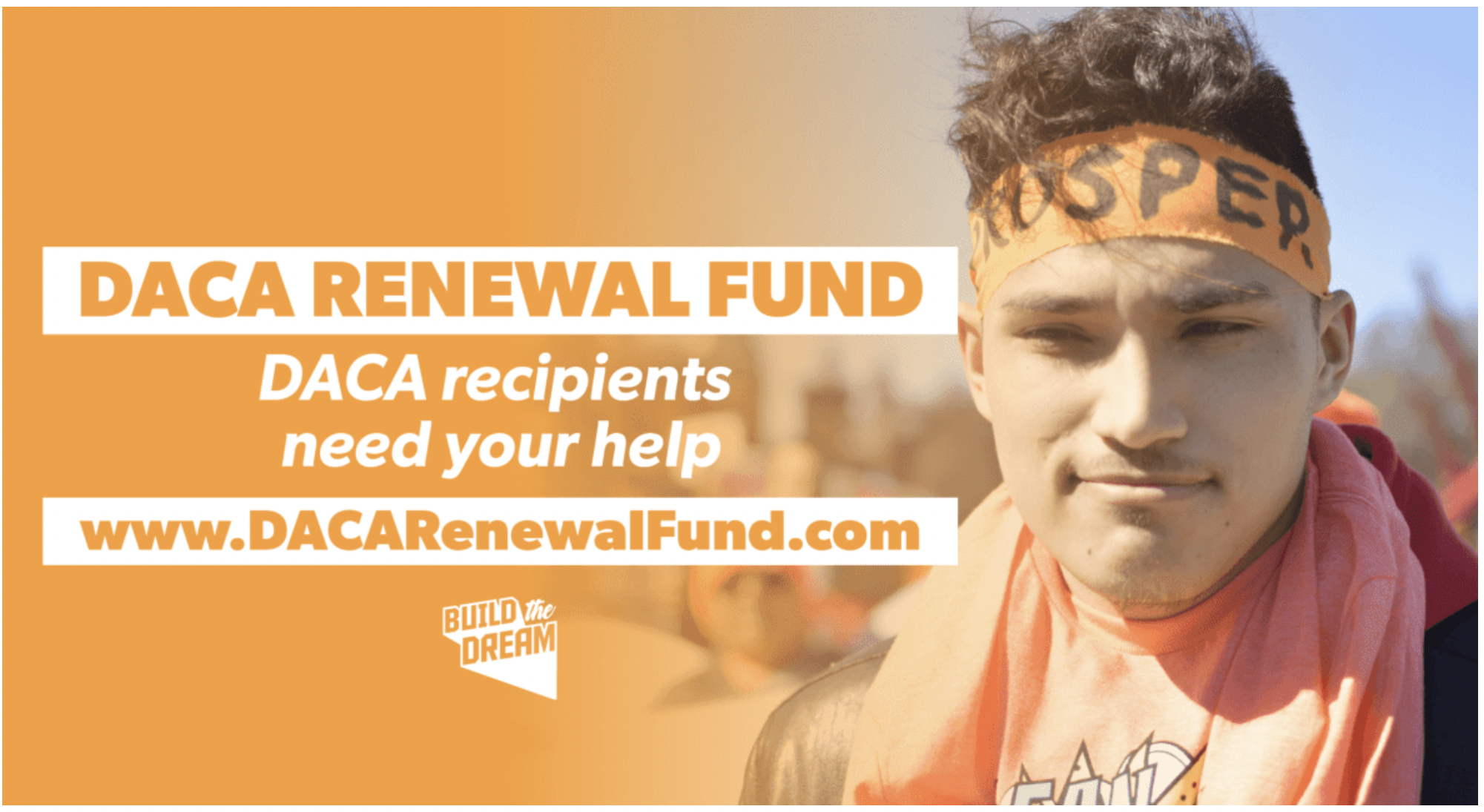 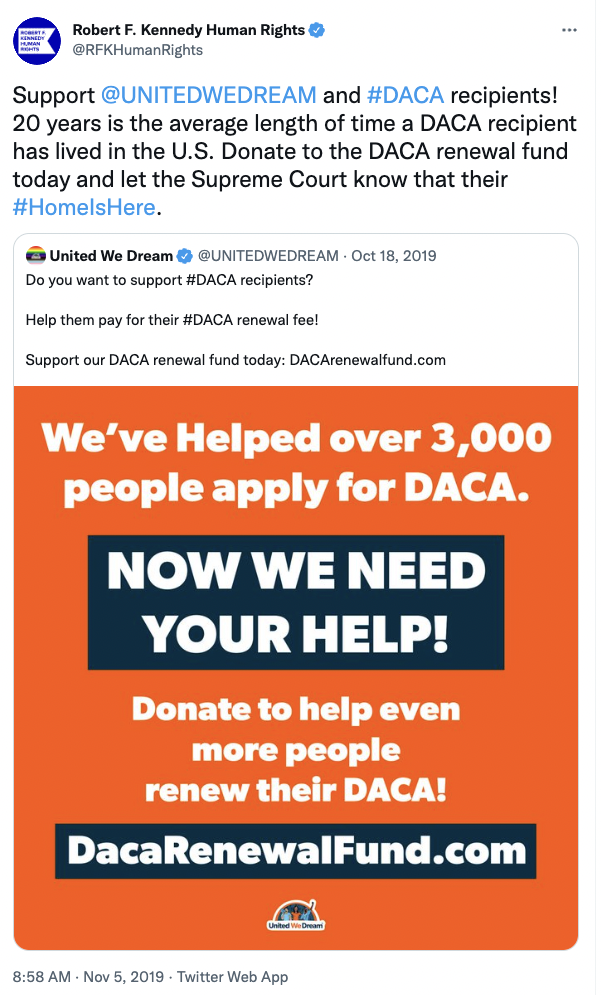 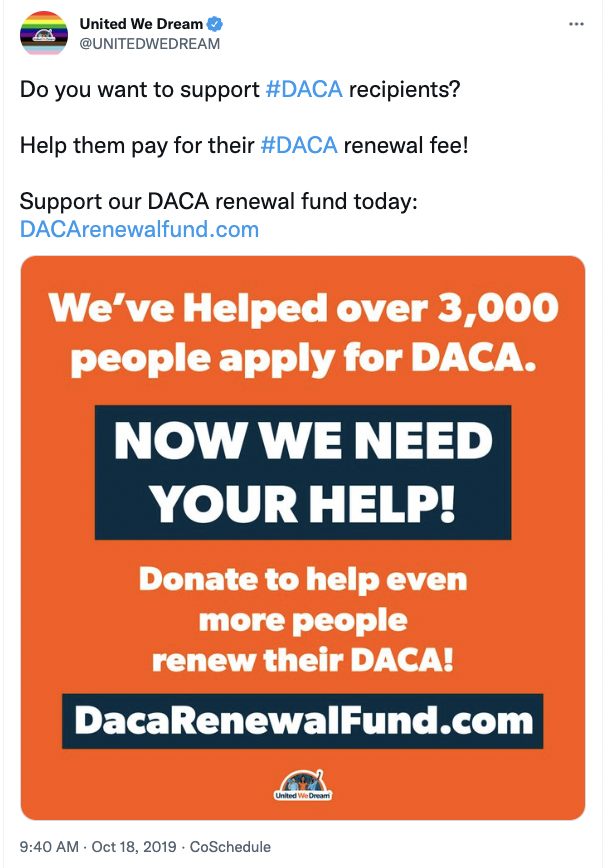