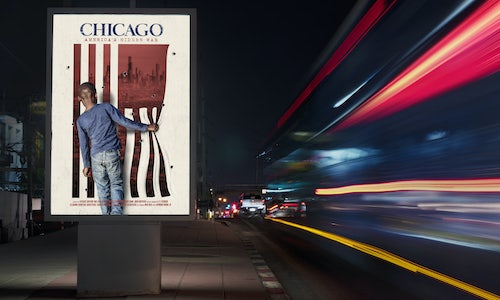 As an agency that dedicates our talents and time to help create real change in people who are not being heard, the outrageous number of gun violence deaths in Chicago was something we couldn't ignore.

Our Founder and CCO, Eric Rojas, was one of the Executive Producers in making the film: Chicago: America's Hidden War. And our Agency produced the film, built the marketing platform, branded content, and advertising campaign to drive awareness and engagement and ultimately create positive change for the city of Chicago.

Our goal was to raise awareness with zero marketing budget while turning apathy into empathy to help create positive, impactful changes in the lives of the children of Chicago. We also leveraged education and exposure to help people perceive the issues in Chicago differently.

Our campaign approach was to use powerful and impactful quotes from the film in our wild postings, trailers, commercials, pre-roll, paid, and organic social. Our website, Chicagoshiddenwar.com, educates our audience with personal stories, sheds light on the unsung heroes of Chicago, and drives people to enlist in the war today and support through donations.

Chicago is one of the most dangerous cities in our country; since 2001, there have been over 10,300 senseless deaths from gun violence. That's more than our fallen soldiers who died in Afghanistan and Iraq combined. So the idea was to create a documentary that shed light on this problem and build a platform for change. Our mission for this film is to pull back the curtain on Chicago, America's Hidden War. To expose the real pain of Chicago's inner city and what happens when we as Americans turn a blind eye to over 10,300 senseless deaths. It was time for us to take a stand, turning apathy into empathy to create real change. No longer can we sit on the sidelines and watch another American die from senseless violence.

This film was more than a documentary or a campaign. Six+One looked to make a sustainable impact on a city, a culture, a generation of today, and for years to come. The journalistic, documentary-style film was launched in theaters nationwide on May 12, 2021. We launched the film during the pandemic when theaters just started to open up and were able to get the theaters sold out the first weekend. We leveraged African American and Hispanic churches throughout the country to help promote the documentary and the platform for change. Celebrities such as Denzel Washington, Charlamagne tha God, Mark Burnett, and more bought out the first-night showing in inner cities throughout America, inviting the community to come and support the initiative to help the youth in Chicago.

After viewing the film, people were encouraged to take a stand with our call to action, "This Is Our War." It was a rally cry that brought a responsibility to all who wanted to make a change in the inner streets of Chicago. We created a platform chicagoshiddenwar.com that helped navigate individuals from being concerned about the situation to being connected to provide help to the children in Chicago's inner streets.

We gave a voice to those affected by gun violence in Chicago by telling their story through a 360 marketing campaign, including a website, Paid, Earned, and owned, Billboards, Wild Postings, event activations, and trailers. In addition, we helped create positive, impactful changes in their lives by raising donations and providing assistance to well-established mentorship and afterschool programs already making a sustainable difference in the community. And we continued to drive awareness and exposure to the trauma and pervasive violence in Chicago to the people who aren't living in Chicago.

Through grassroots initiatives, we continue to build hope in Chicago by connecting young people to the community through education, sports, street outreach, and mentorship programs.

As an agency, we believe we are not responsible for making noise but for making a difference in our communities by creating platforms that help shift the perception of a people group with the goal of reshaping culture. For Chicago: America's Hidden War, we were able to create national awareness to create the buzz needed to make a difference. 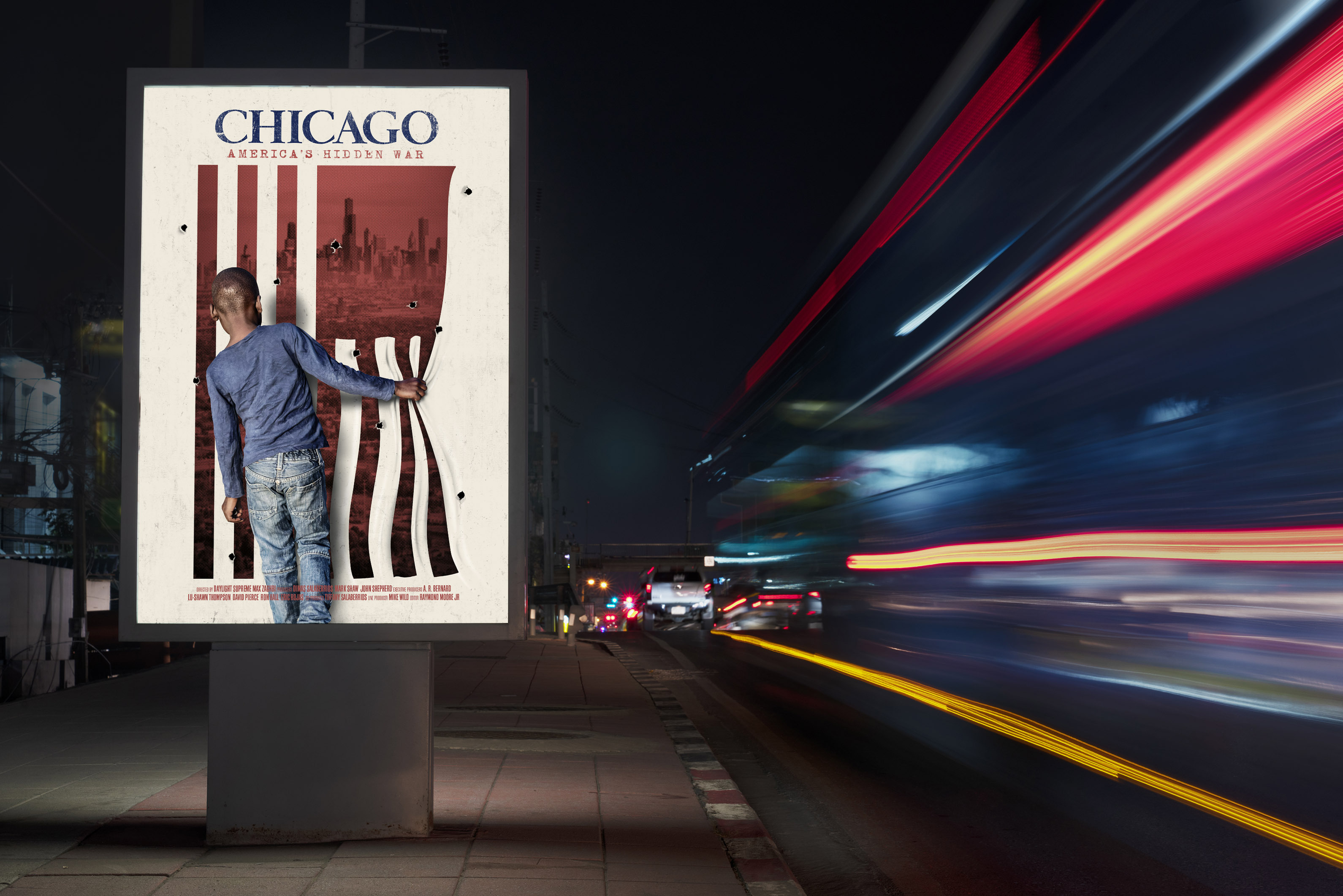 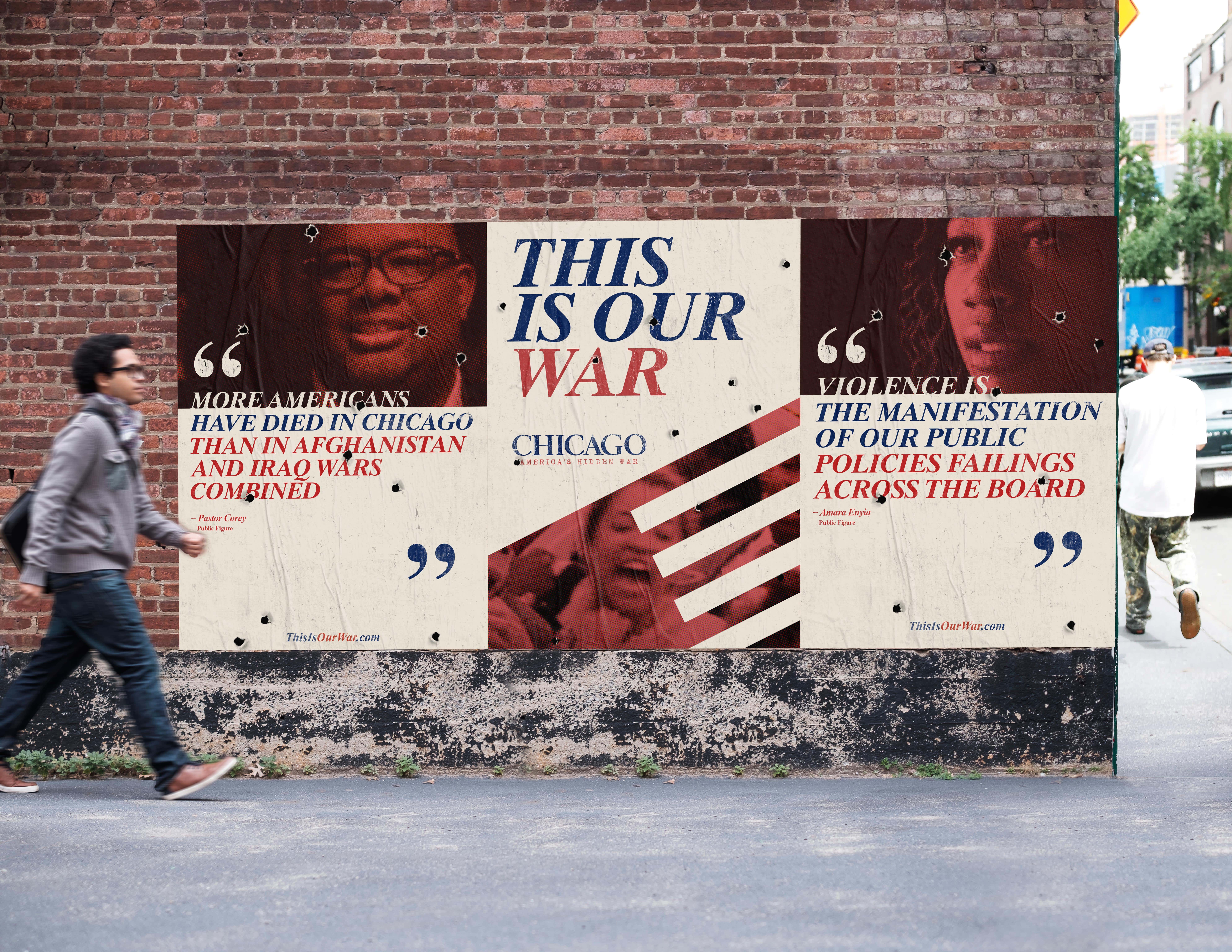 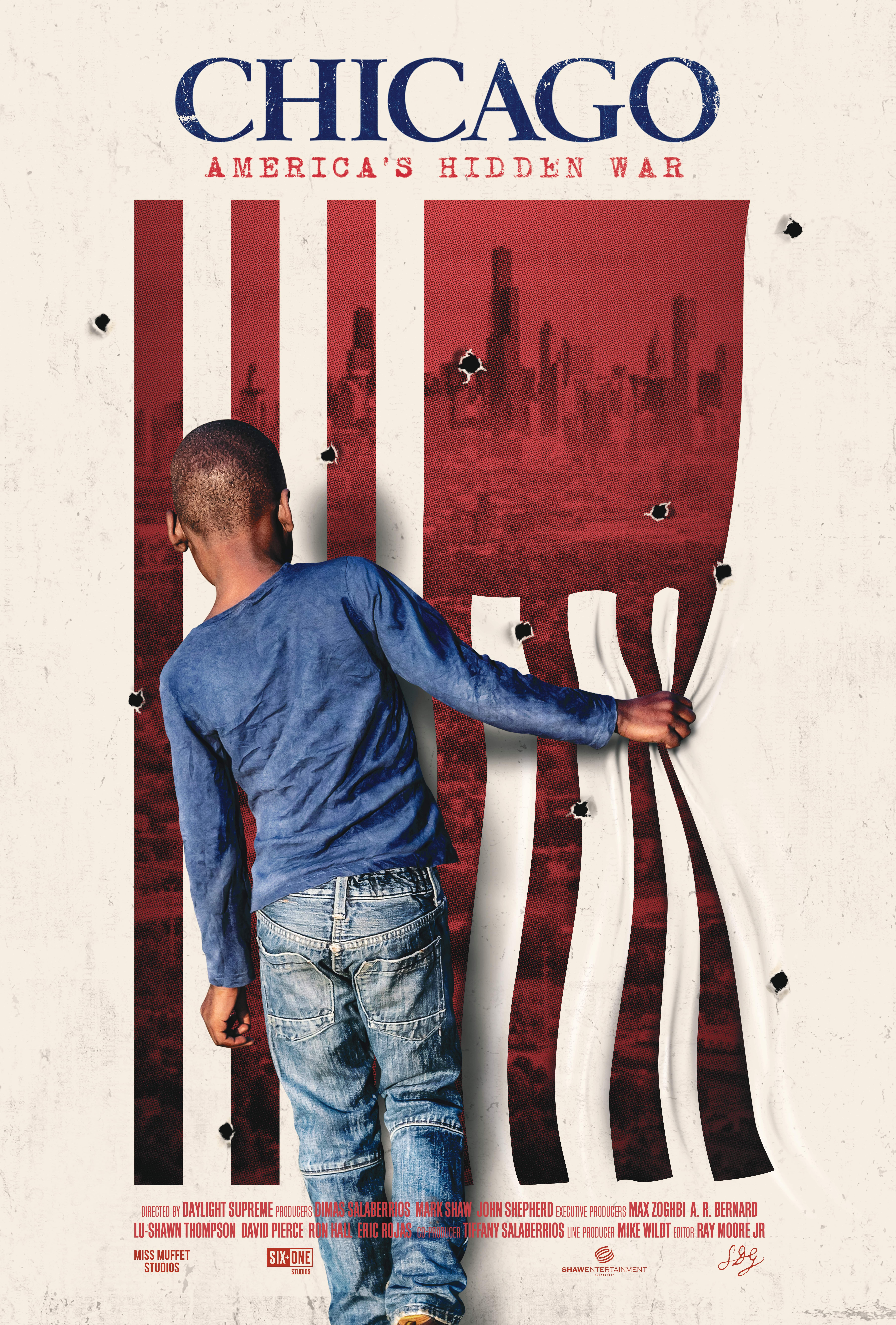 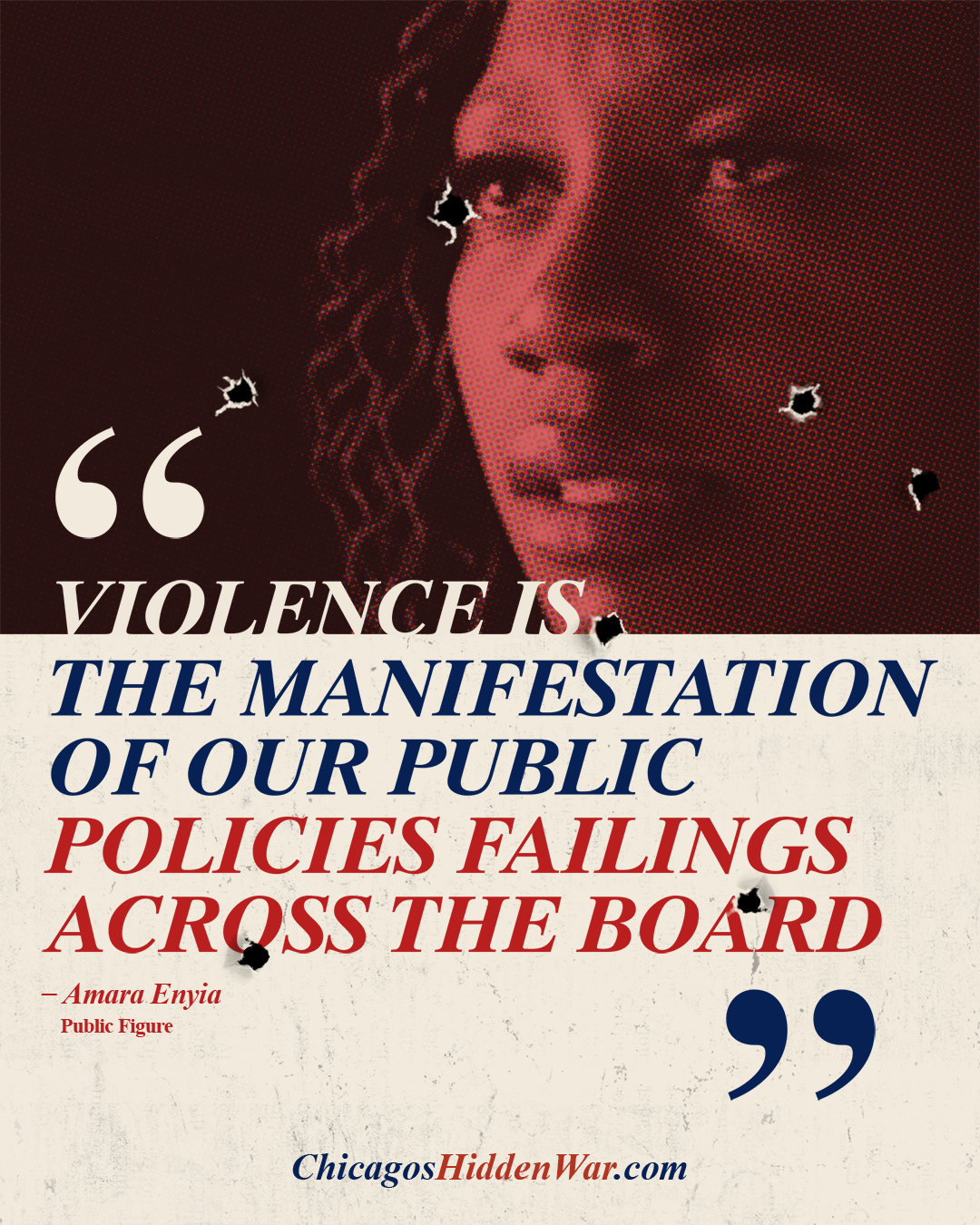 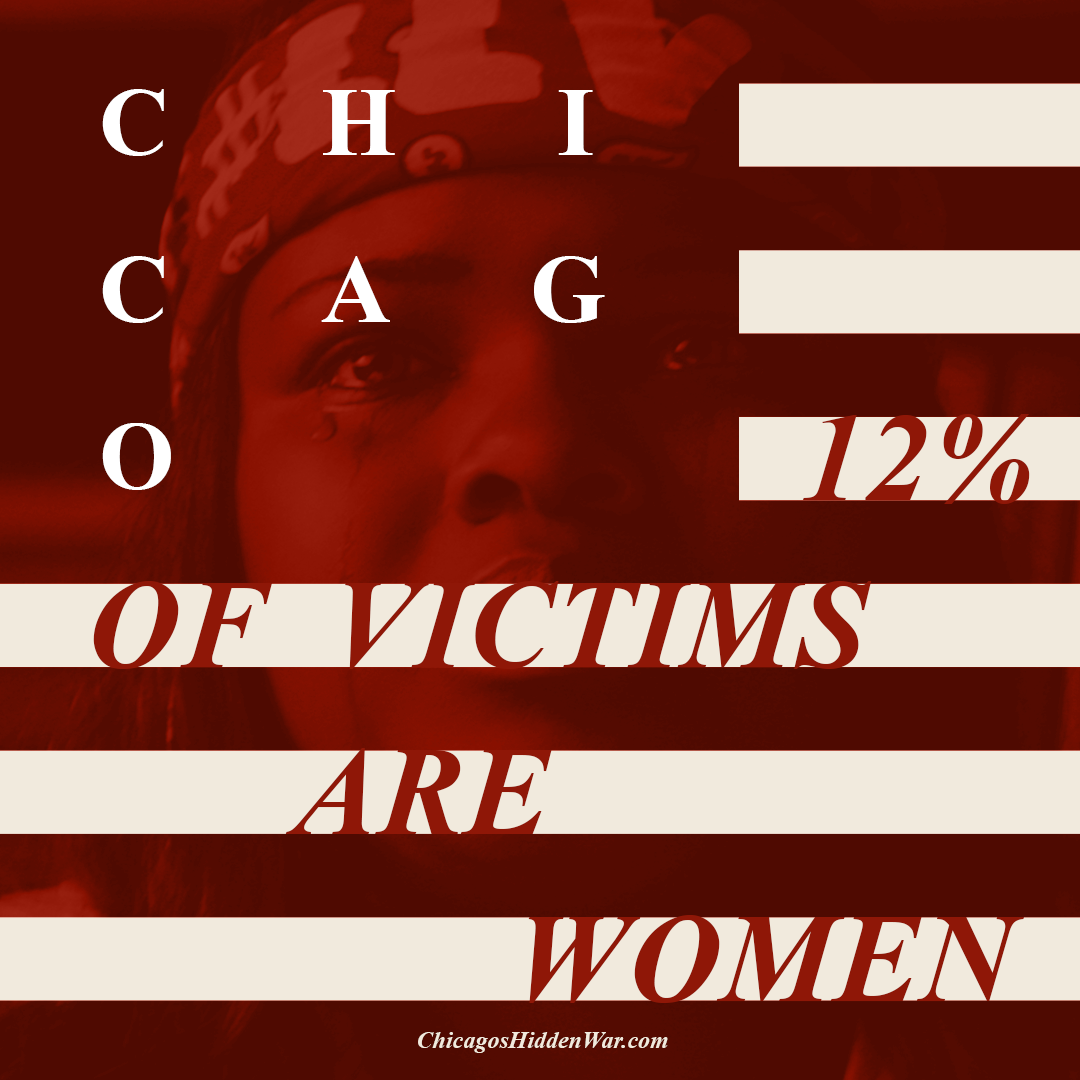 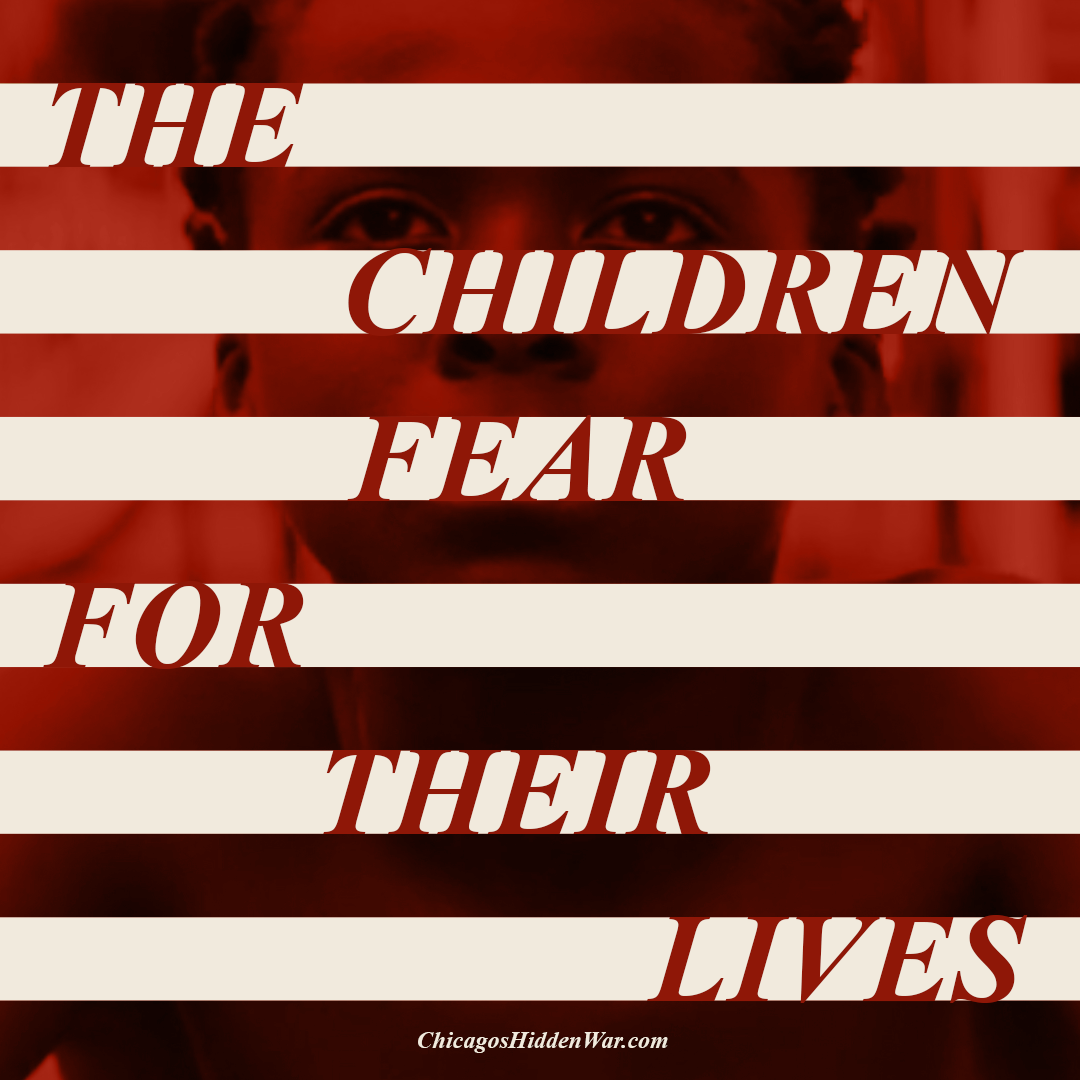