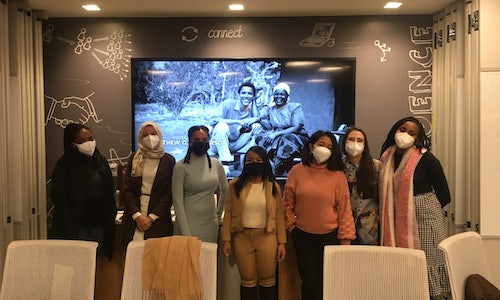 Empowering Youth to Break Barriers in Politics Through Obama: In Pursuit Of A More Perfect Union

The three-part documentary, Obama: In Pursuit of a More Perfect Union chronicles the personal and political journey of President Barack Obama as the country grapples with its racial history. Weaving together conversations with colleagues, friends and critics, and interspersed with his own speeches and news interviews, the series begins with Obama’s childhood and takes us through his perspective as the son of a white mother from Kansas and an African father, his spiritual formation by a generation of Black leaders, and his hopes for a more inclusive America. Through the story of one man irrevocably bound to the history of a country, the documentary reflects on the country’s past and present national identity.

Picture Motion developed an impact campaign for the series centered around a grassroots screening tour that aimed to energize and mobilize students and youth audiences to drive voter registration and civic engagement, specifically to engage young voters, organizations supporting Black candidates and candidates of color, and communities nationwide.

Picture Motion worked closely with high schools, colleges, museums, and nonprofits to organize online and in-person impact screenings of the Obama series and action-oriented conversations about civic engagement, uplifting Black candidates and candidates of color, and activating youth networks to get out the vote.

Each screening host was encouraged to pair their screening with a discussion to foster dialogue and analysis of the themes covered in the series. These post-screening activities were aided by a robust set of educational resources developed by Kunhardt Film Foundation and Blueshift Education. We also created a screening toolkit that included event planning best practices, which offered tools for grassroots hosts to hold these conversations.

With goals of increasing awareness around race and gender in politics as well as encouraging civic engagement amongst young voters, Picture Motion built a curated digital experience, tailored towards students, through our virtual screening room. Event attendees had full access to the 3-part series, educator resources, and take action resources - all of which were embedded in the screening room, allowing for a seamless user experience. We provided both written and audio auto-generated captions for all episodes to ensure the digital experience aligned with the very essence of the campaign – inclusivity and accessibility for all.

All three episodes were provided to screening partners nationwide through an exclusive streaming link, allowing them to host a screening series across multiple days using the educator resources in Social Studies classrooms and African American Studies college departments as tools to reinforce or enlighten students’ understanding of the experiences of Black candidates.

Here are 2 snapshots from the campaign:

Public Allies Screening: Public Allies, a national movement committed to advancing social justice and equity by engaging and activating the leadership of all young people, hosted a screening window for their youth leaders to watch all three parts of the series over the MLK holiday weekend ahead of a Zoom webinar with their NY & Miami chapters. This created a collaborative environment for their team to connect their goals as a team as it relates to civic engagement and uplifting marginalized voices.

MBK Alliance Screening: My Brother’s Keeper Alliance held multiple screening events. In Yonkers, NY working in tandem with Yonkers Public Schools, they partnered with Patricia A. DiChiaro School and School 5 to bring the docu-series to students and educators to encourage action-oriented conversations around civic engagement and uplifting Black candidates and candidates of color. The students were excited to be a part of this opportunity to learn about a public figure they only had read about. The Houston chapter also organized three screenings in partnership with the Houston Health Department and Houston Area Alliance of Black School Educators. For MLK Day programming, they hosted their first screening for students at Bruce Elementary; this event caught the attention of the Houston Independent School District, who later screened the series during President's Day weekend for students at Wheatley High School and Sam Houston High School, co-hosted by Urban Scholars - Social Justice Learning Institute.

“This was an eye opener to most of my students on issues of race and justice. Students were able to relate with Obama in some aspects and also realized their role as change agents.” - Screening host

“It was a deeply moving experience to be able to share President Obama's story alongside so many community leaders and supporters who have helped MALA grow and flourish since day one. When I first arrived in Chicago as an immigrant to the US in 2001, Loyola was the first place I found a community. I am grateful to all of MALA's partners, advocates, and community builders who made last night's event happen, and grateful for those who attended. If there is one thing that President Obama's story tells us, it is that tenacity and community are drivers for success.” - Screening host

“The whole series broadened my whole understanding of how I want to impact my community.” - Student screening attendee

Video for Empowering Youth to Break Barriers in Politics Through Obama: In Pursuit Of A More Perfect Union 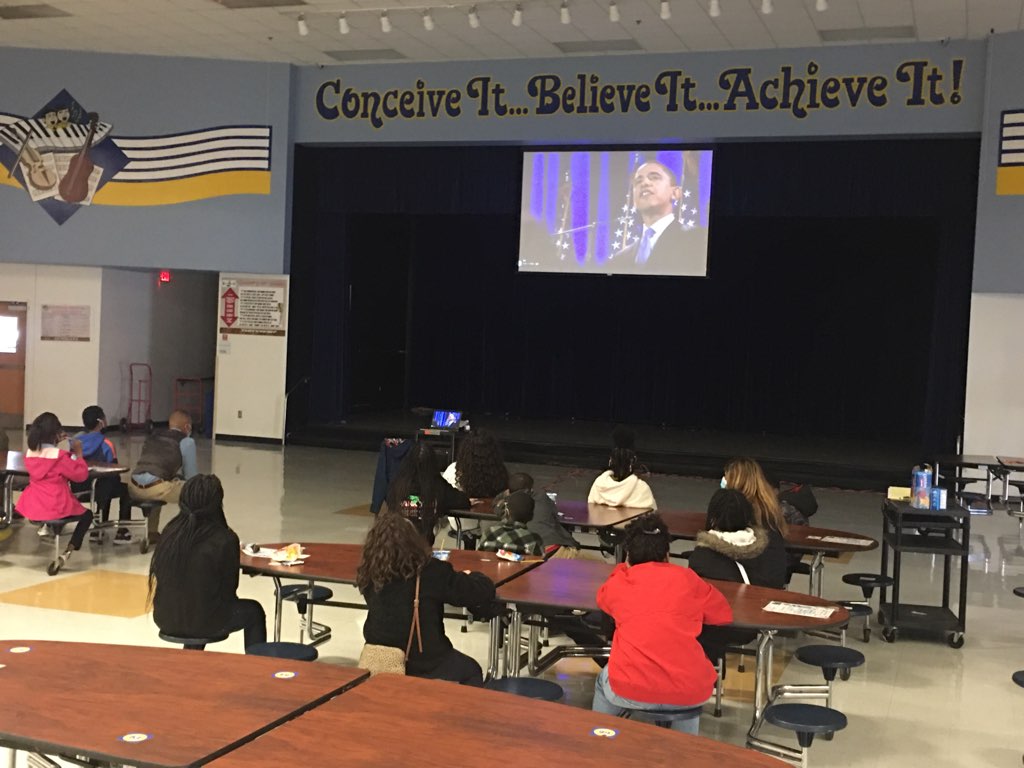 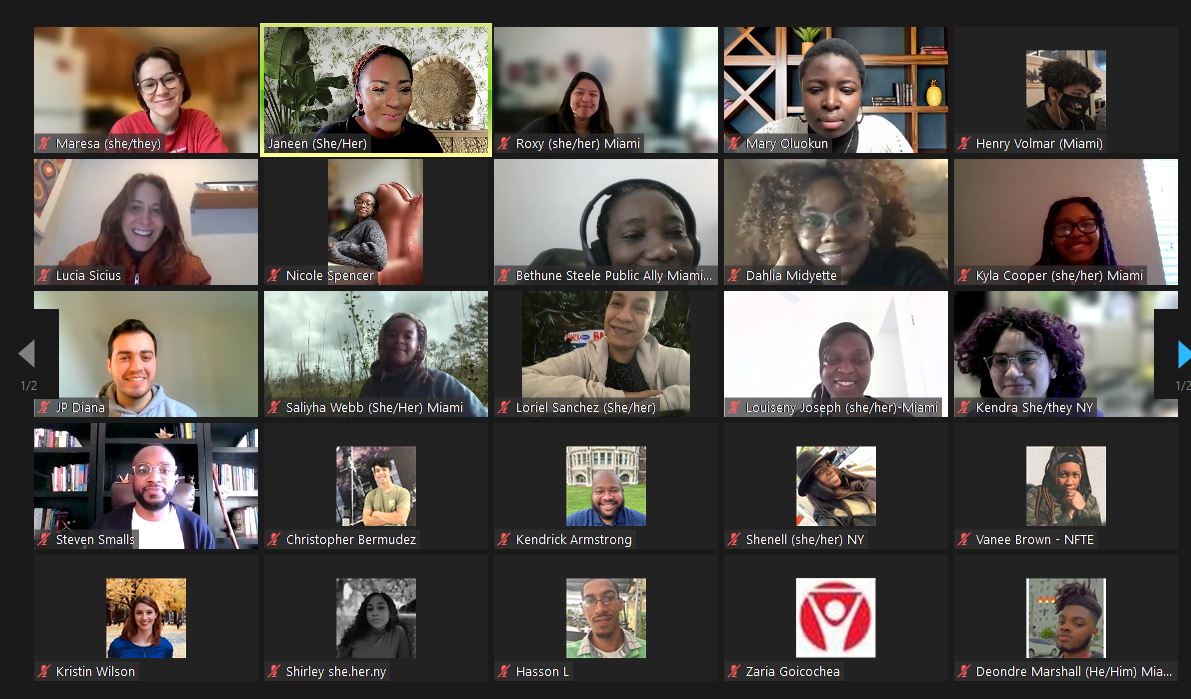 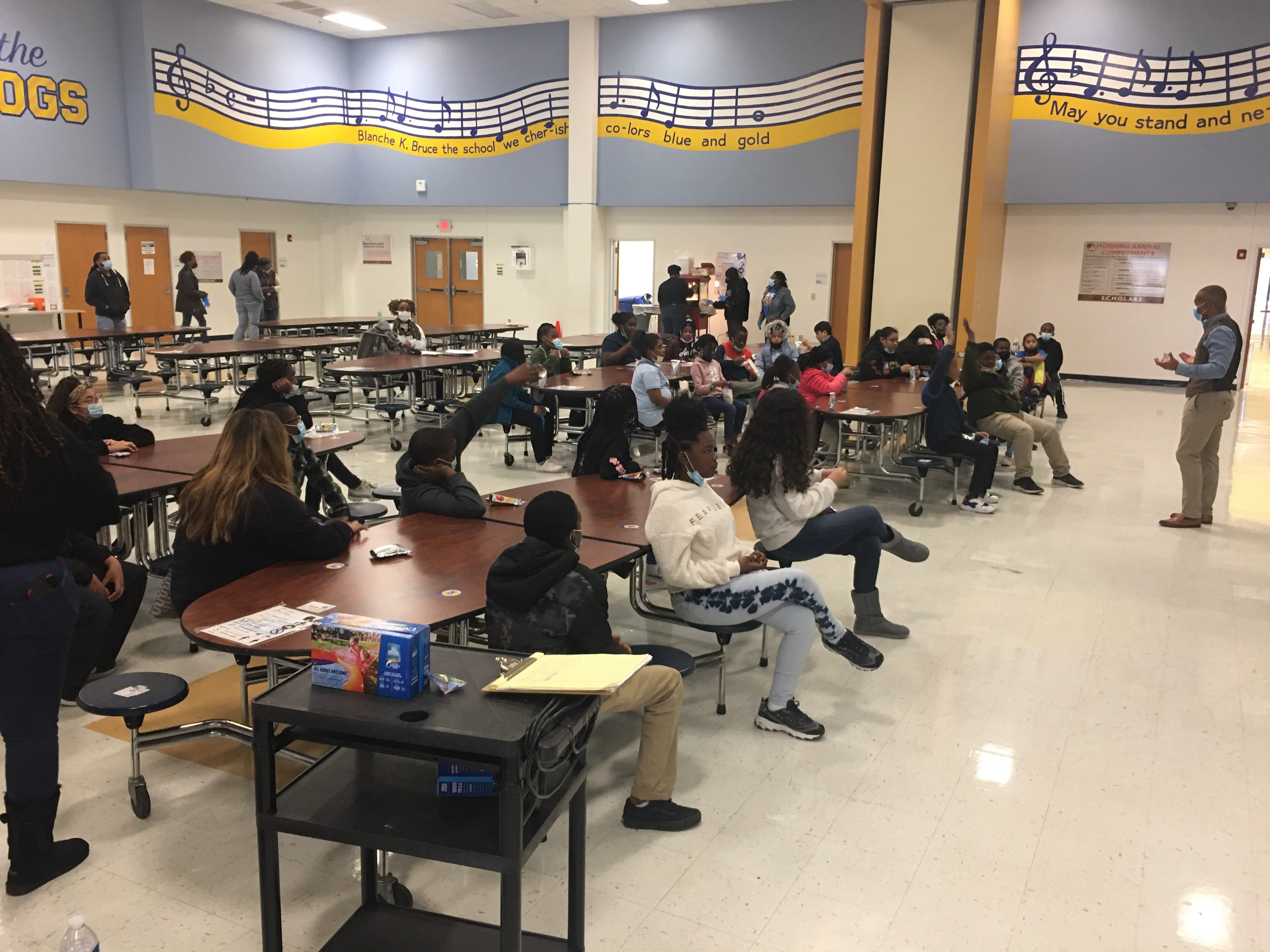 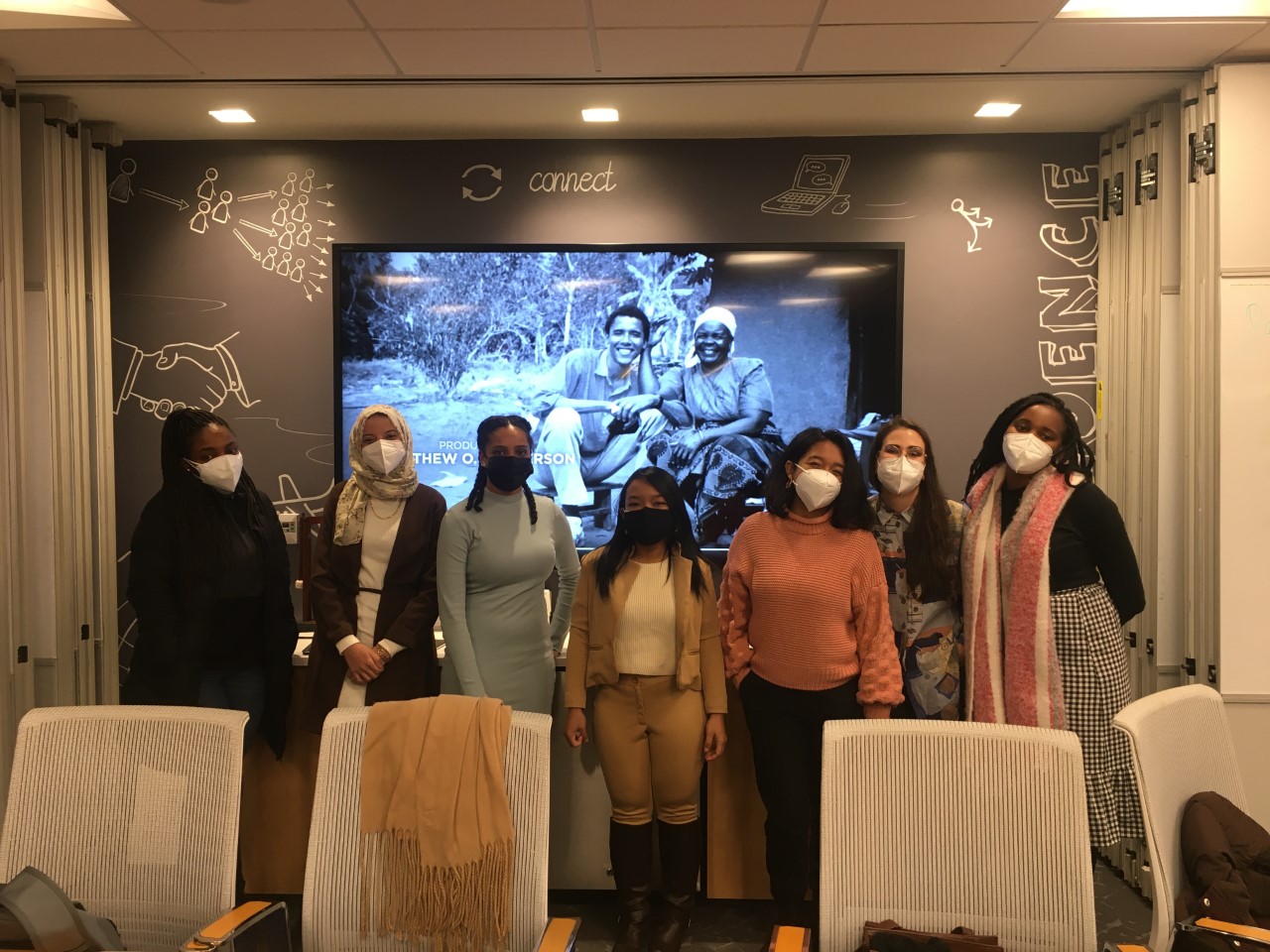 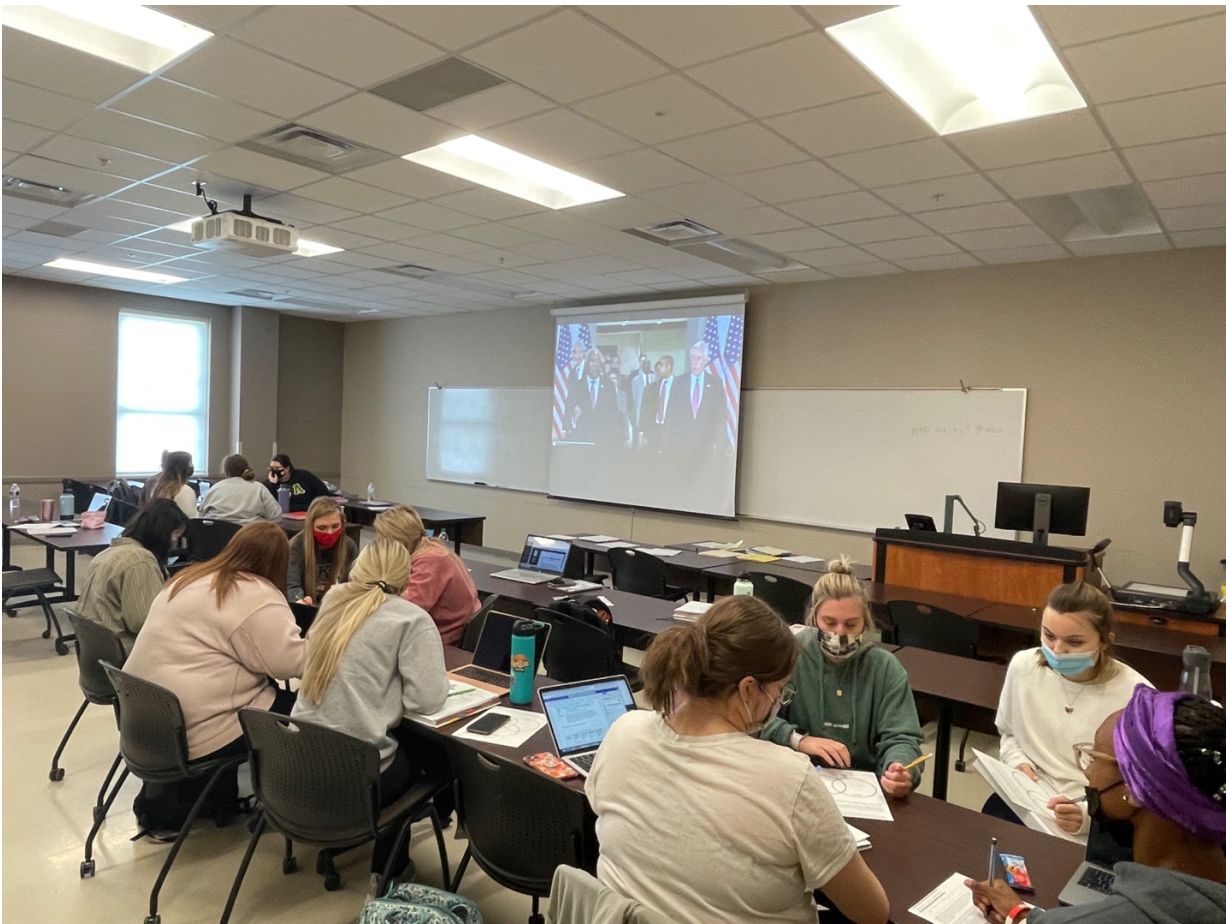 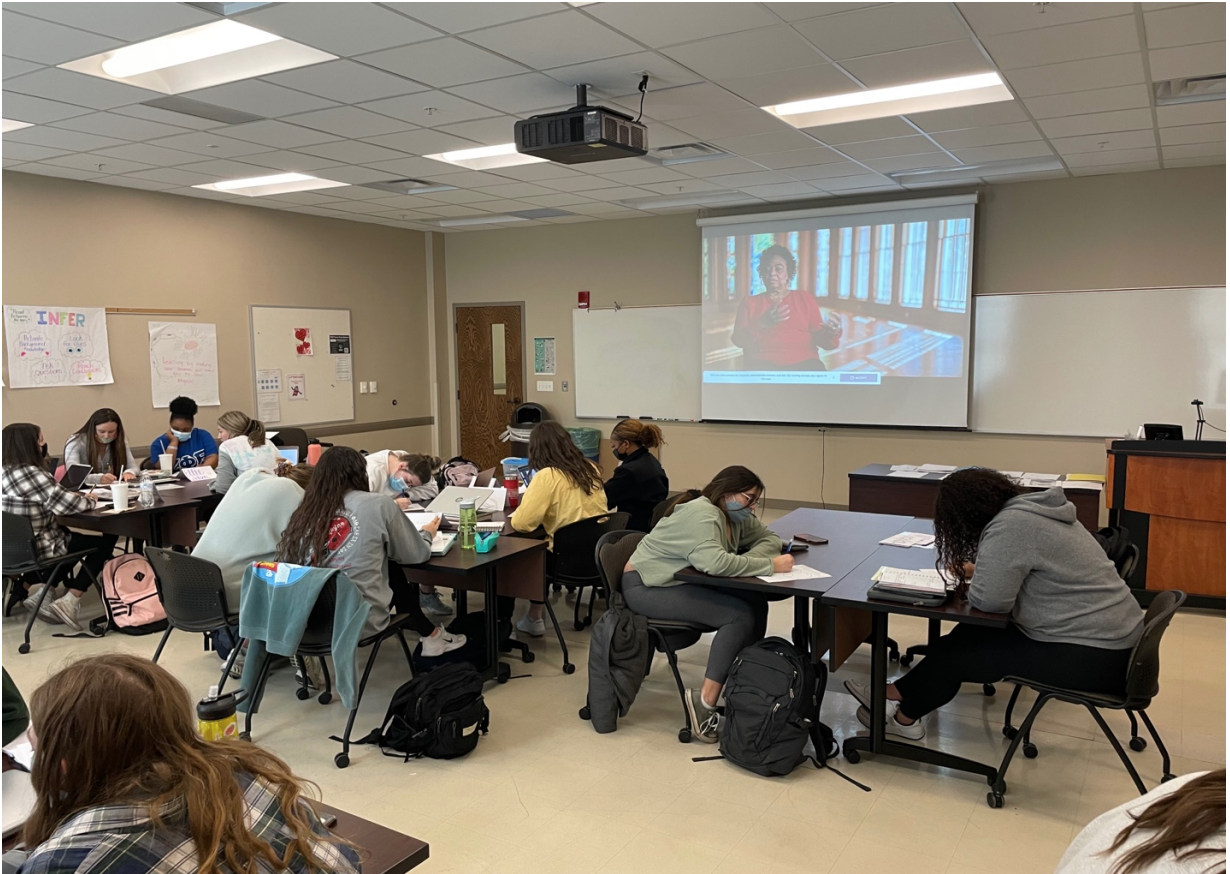 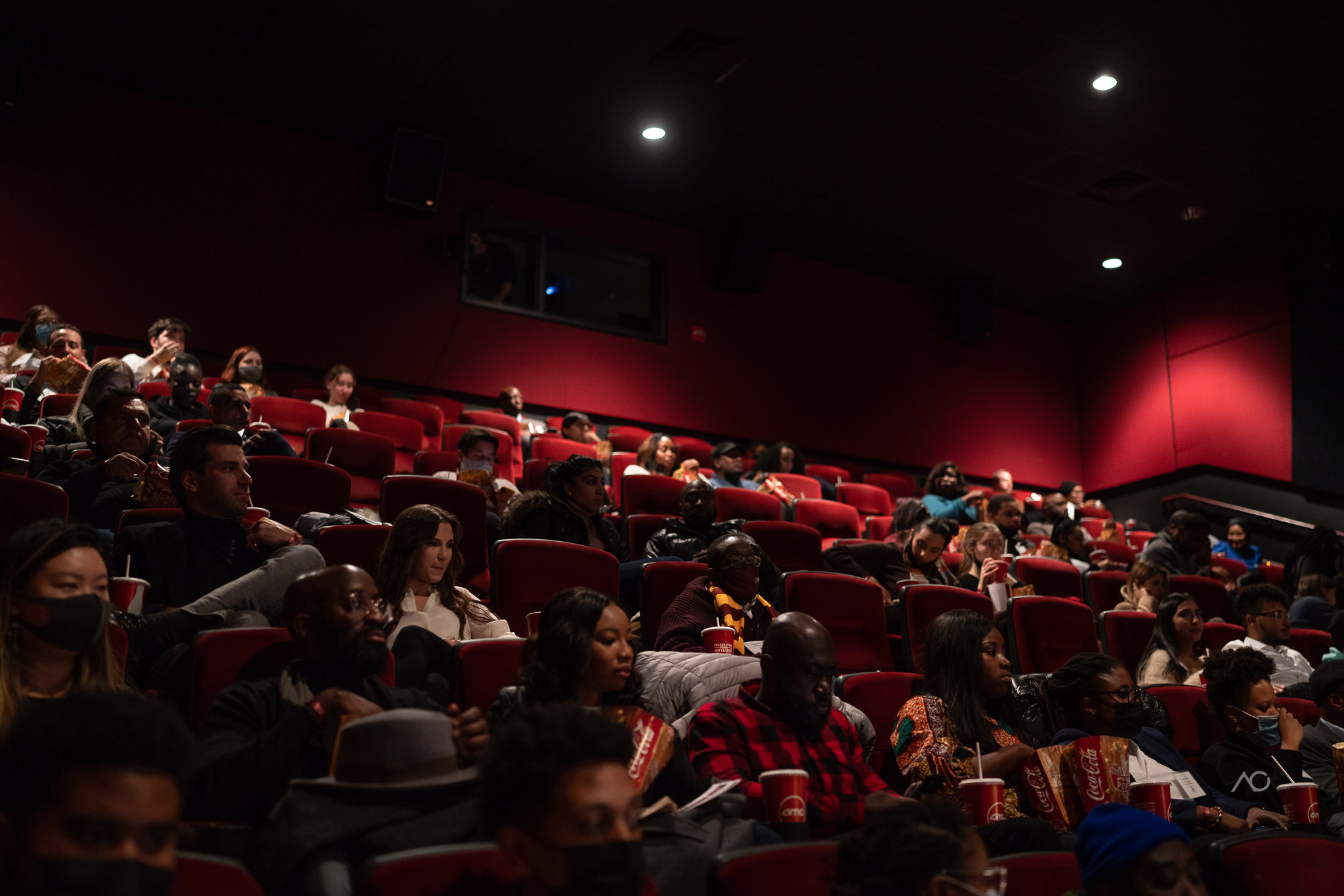