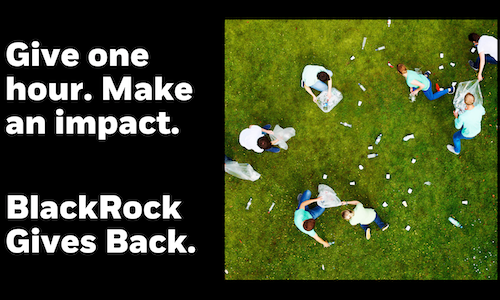 BlackRock Gives Back was a global volunteering campaign that challenged each of our 18,000+ BlackRock employees across 70 offices worldwide to give at least one hour back to their communities in June and July, 2022. The campaign was a global call to action for teams to come together beyond BlackRock’s walls and make a local impact in the places where we work this summer, drawing on the spirit of in-person connection and re-connection happening across our offices this year. We set out to create a global movement that galvanizes employees to roll up their sleeves and pool their time and resources to lift up their communities and help tackle the distinct challenges they see and hear around them. And we put the firm’s dollars behind the time employees committed, contributing $25 per hour volunteered to the cause.

Led by BlackRock’s Global Social Impact team, BlackRock Gives Back was designed to draw on both the grassroots organizing spirit across our local offices and the firm’s global leadership who could ladder the efforts happening in communities across the world up to a single vision for employee-driven impact. In June, office leaders cascaded a message to their locally based colleagues kicking off the campaign and asking them to rise to the challenge. Colleagues were directed to a landing page on the Benevity platform with a suite of volunteer events, right in their backyards, where they and/or their teams could sign up to participate. Events were organized by our local Gives Network chapters – cohorts of employees who raise their hands to champion local volunteering and fundraising efforts in their offices. Throughout the campaign, BlackRock’s C-Suite leaders embraced the challenge, heading out with their teams to volunteer, sharing their photos and experiences on their social media channels, and amplifying the global call to action during town halls. To inspire friendly inter-office competition, we tracked volunteer participation rates by office and updated the “leadership board” throughout the campaign. And, importantly, we captured “quotes from the field” and snapshots of the volunteering on the ground and disseminated the content across our social channels and internal newsletter over the course of the two months.

As a company with a global footprint, we know that our employees are best placed to meet the distinct needs and challenges in the local communities where we operate. That’s we designed this campaign to give our employees the power to identify the most pressing issues in their communities to tackle. The challenge at hand was to build a content and messaging strategy around not one, but a diverse set of issue areas, identified by our employees – with community as the unifying rallying cry.

BlackRock Gives Back was powered by and for our people, and that’s why making the campaign human centered was key to its success. The faces of the campaign were photos of colleagues stocking food bank shelves in Atlanta and Australia, cleaning up public parks in New York and London, all while donning the same “BlackRock Gives Back” designed t-shirts. The voices of the campaign were quotes from employees from the highest ranks of senior leadership to the new Analyst class sharing how their volunteer experience had personal significance in our internal newsletter. The heart of the campaign was that our employees, all around the world and all at the same time, had the agency to spend their hour (or more) of volunteer time in a way that mattered to them and that counted toward a global firmwide challenge.

At the end of the campaign, our employees had collectively volunteered 10,000+ hours over June and July – 6x as many hours volunteered during the same timeframe in the prior year. Employees supported 275 causes across 25 countries and their volunteer time unlocked $314,434 for the charities they supported. Beyond the stats, a measure of success was the “buzz” around the campaign – BlackRock Gives Back was name-dropped in the common spaces of our offices, in Microsoft Teams channels and on social media.

After weathering a long period of physical distance, the campaign delivered on our goal to bring BlackRock employees closer both to each other and to their communities. 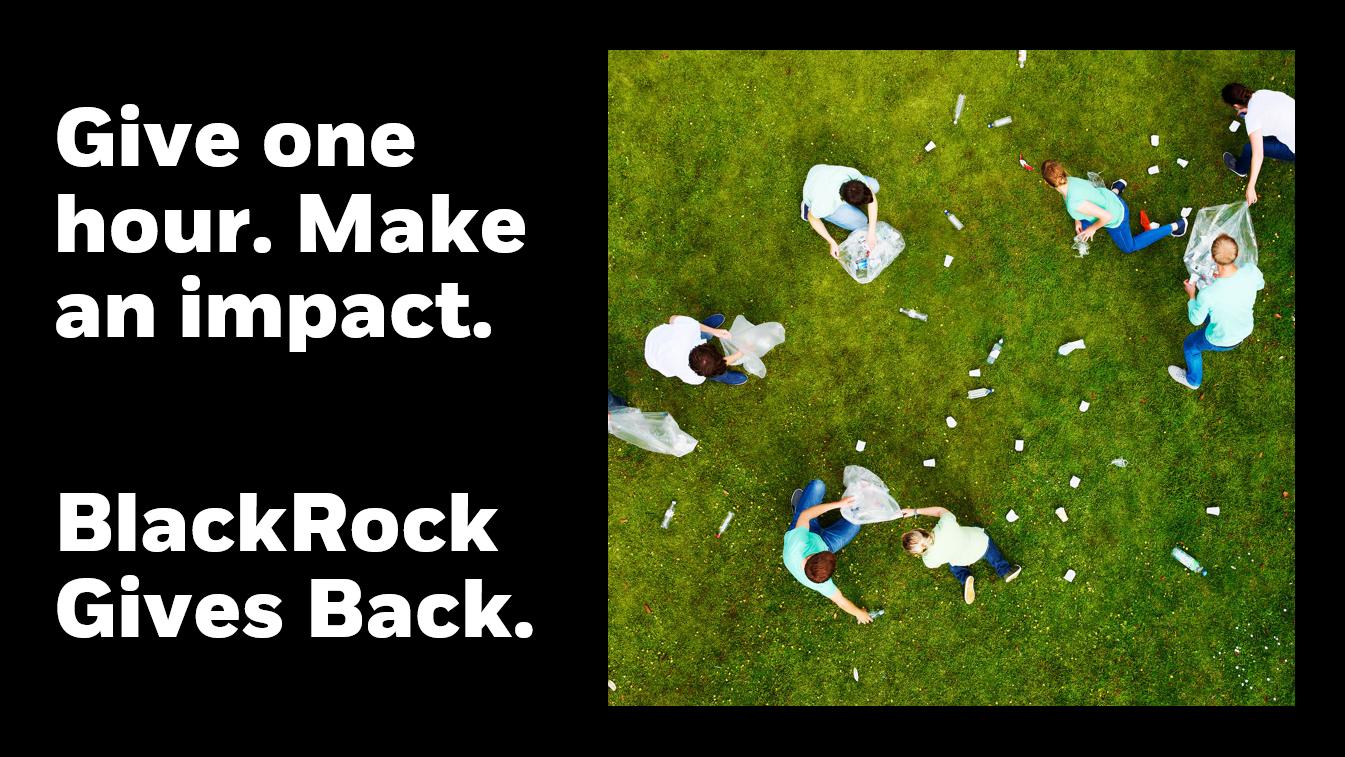 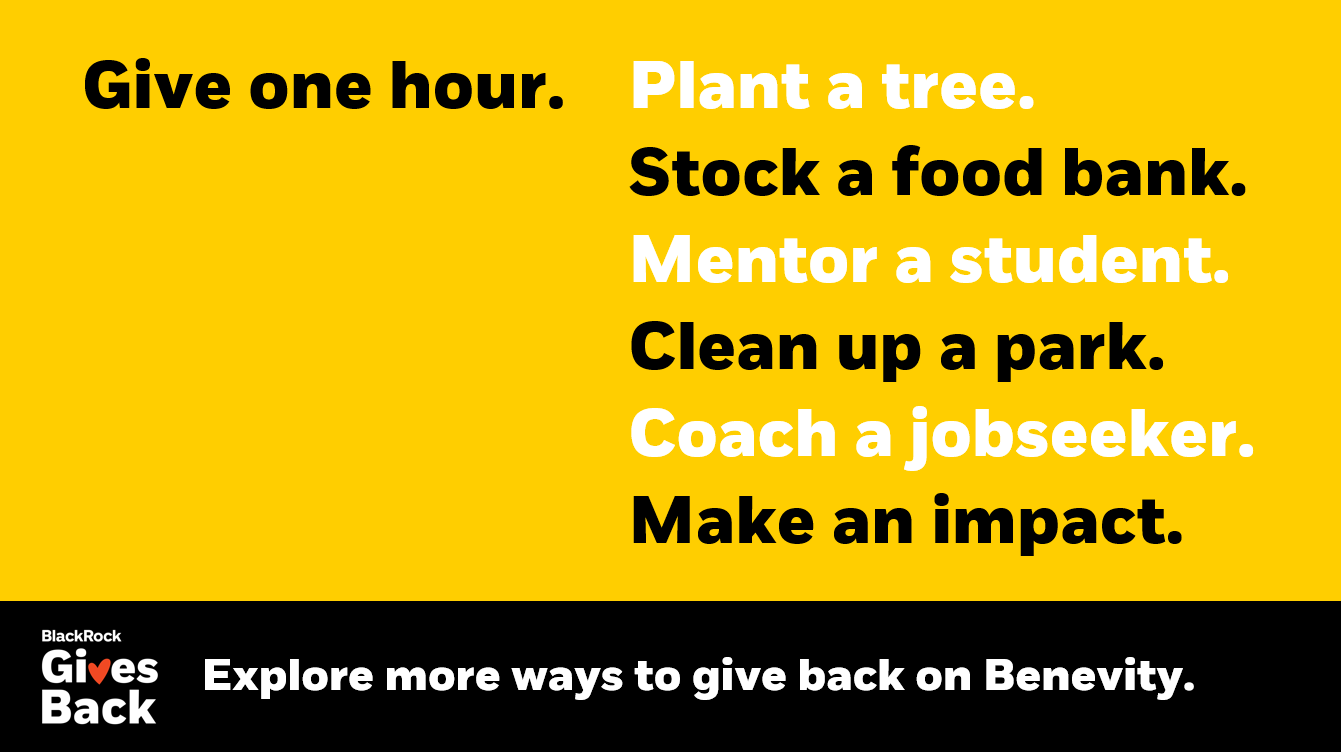 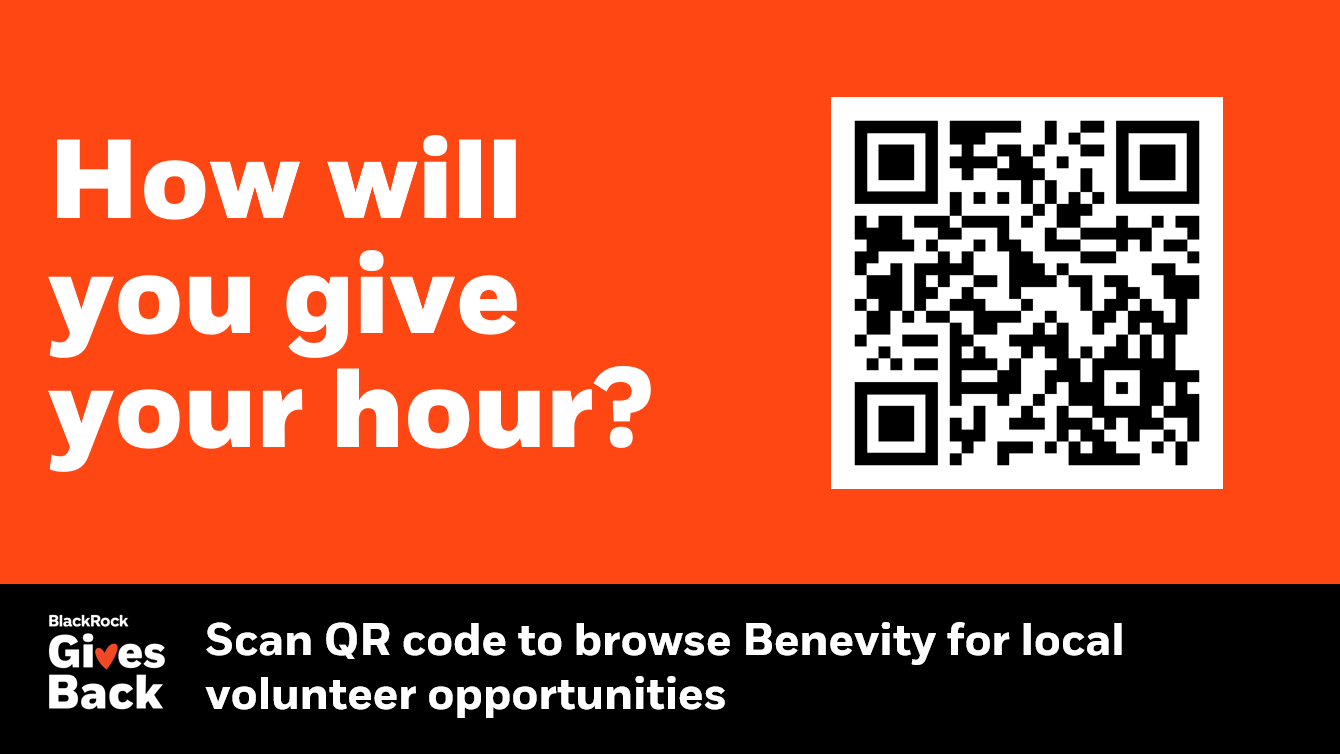 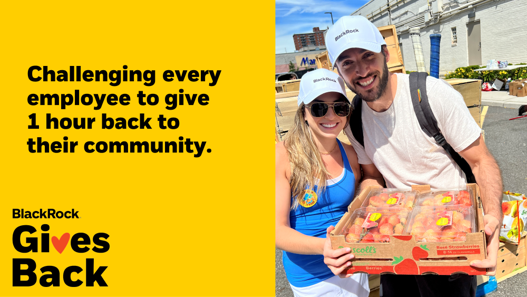 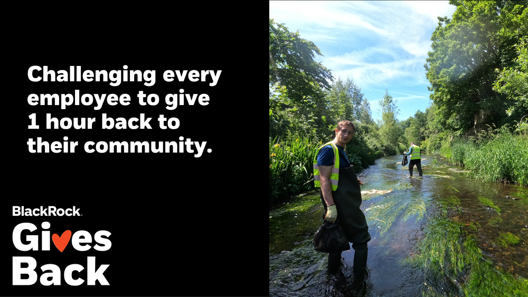 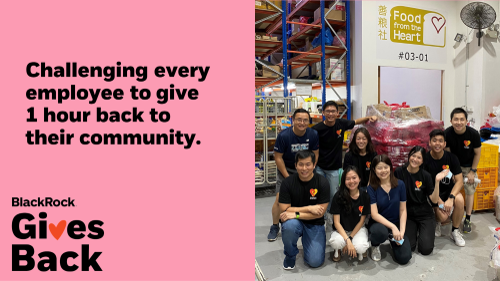