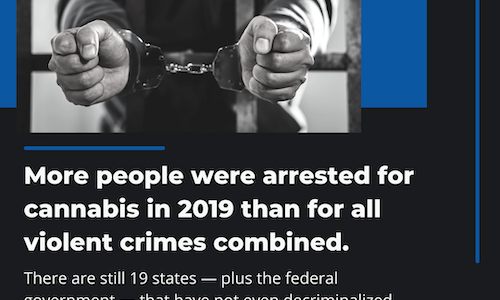 Behind the Times: The 19 States Where a Joint Can Still Land You in Jail

At a time when the cannabis policy reform movement has more momentum and victories than ever, the legal cannabis industry is booming with billions of dollars in sales, and public support for cannabis legalization and decriminalization are at an all-time high, millions of Americans are still living under harsh policies of prohibition. Not only are the cannabis policies in these states outdated, but they are also unjust and inhumane.

Our primary goal for our Behind The Times campaign was to urge the states, which have not even “decriminalized” simple possession of cannabis, to reconsider their policies while simultaneously informing the general public of the harms caused by the status quo of prohibition. We examined penalties for simple possession, arrest rates, and racial disparities in arrests and provided a glimpse at some of the damage inflicted by draconian laws. We also reviewed unsolved crime rates in the states that continue to use limited law enforcement resources to arrest and jail adults for possessing a substance that is safer than alcohol.

Our secondary goal was focused largely on spreading awareness regarding the racial disparities of cannabis arrests and making the connection between cannabis policy reform and racial justice. In each of the states that have not yet decriminalized cannabis — and in every state nationwide — Black people are more likely than their white counterparts to be arrested for cannabis possession, despite similar use rates.

In the early 1970s, President Richard Nixon appointed a group known as the Shafer Commission (formally the “National Commission on Marihuana and Drug Abuse”) to study cannabis and its use and make recommendations. The Commission, chaired by Pennsylvania Governor Raymond Shafer, issued a report on its findings on March 22, 1972, calling for the decriminalization of cannabis possession in the United States, at both the state and federal levels. The White House ignored it.

Recognizing the 50-year anniversary of the report issued by the Shafer Commission, the Marijuana Policy Project led a campaign demanding reform in the 19 states where a person may still lose their freedom for simple possession of cannabis. Our campaign was multifaceted with features including virtual press conferences at the state and national level; video addresses from prominent figures; real life stories; informational social media graphics; a written 60-page report; and op-ed placements.

Our report was the culmination of months of extensive research and reviews the states that lag the furthest behind public opinion. According to Gallup polling, 68% of Americans agree cannabis use should be legal. Meanwhile, dozens of states continue to prohibit cannabis, and 19 states and the federal government still penalize even simple possession with possible jail time and a criminal record.

In the months leading up to the campaign, we solicited stories from individuals who had been harmed by cannabis prohibition — either personally or through a family member — and were able to include these voices in our larger report to emphasize the human impact.

On March 22, we led a national virtual press conference, as well as virtual press conferences in Alabama, Pennsylvania, and Texas, recognizing the 50-year anniversary of the Shafer Commission report and detailing the findings of our report. Speakers included Professor Richard Bonnie, associate director of the Shafer Commission; Pennsylvania State Rep. Joanna McClinton; Jerome Dees of the Southern Poverty Law Center; and Lt. Diane Goldstein of the Law Enforcement Action Partnership, among others.

Social media graphics were shared daily across multiple platforms during the 19 days leading up to March 22 that overviewed each state that has yet to decriminalize marijuana. The state-specific social media posts detailed penalties for simple possession, arrest rates, and racial disparities in arrests and unsolved crime rates in the states that continue to use limited law enforcement resources to arrest and jail adults for possessing a substance that is safer than alcohol. In addition to state-specific social media graphics, informational posts regarding the federal government’s inaction on cannabis reform and video messages from prominent figures in support of decriminalization were shared across social media.

It is absolutely amazing that in 2022 we have a multi-billion dollar cannabis industry and an entire ecosystem around it, and at the same time we’re still arresting almost 600,000 people a year for simple cannabis possession. That was the catalyst for the Behind The Times campaign.

We consider our campaign to be a success for several reasons. First, it boosted our legislative efforts towards cannabis decriminalization in several states and localities. For example, our campaign added to the momentum towards decriminalization in Texas. On the local level, Austin voters decriminalized personal possession of cannabis in May 2022. Several Texas cities, including Denton, San Marcos, Killen, Harker Heights, Elgin, and Denton have submitted signatures to place similar measures on their ballots in November. Decriminalization bills were also considered in Alabama, Florida, Georgia, Iowa, Pennsylvania, South Carolina, Tennessee, West Virginia, Wisconsin, and Wyoming this year.

Second, our campaign created awareness among the general public. We earned media placements in nearly every state without a decriminalization law and our social media posts were shared widely by prominent figures including Senate Majority Leader Chuck Schumer. We generated thousands of constituent emails and shared real life stories of individuals who have been impacted by the war on cannabis. These stories impassioned our supporters and served as a reminder that despite the progress we have made, the fight is far from over.

Video for Behind the Times: The 19 States Where a Joint Can Still Land You in Jail 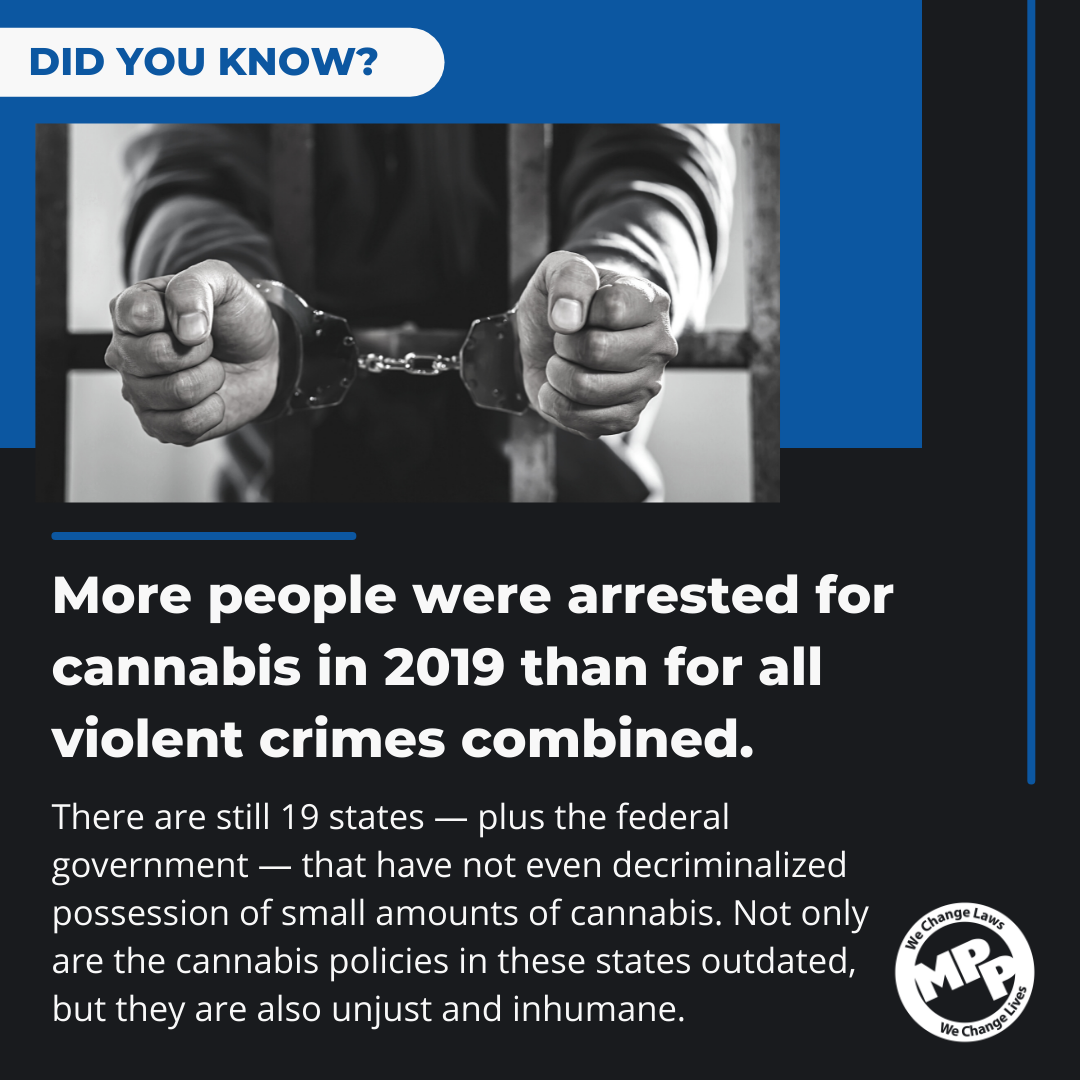 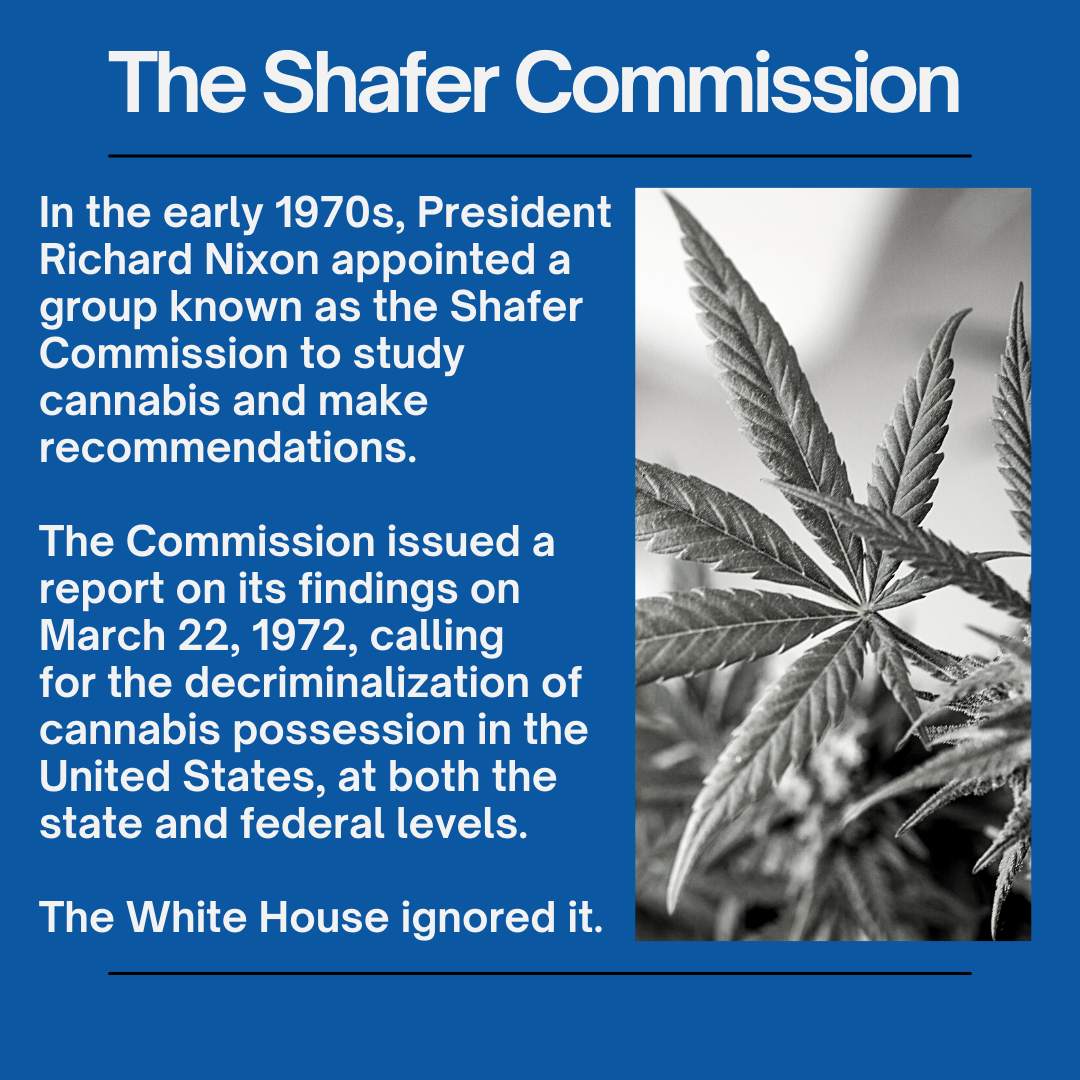 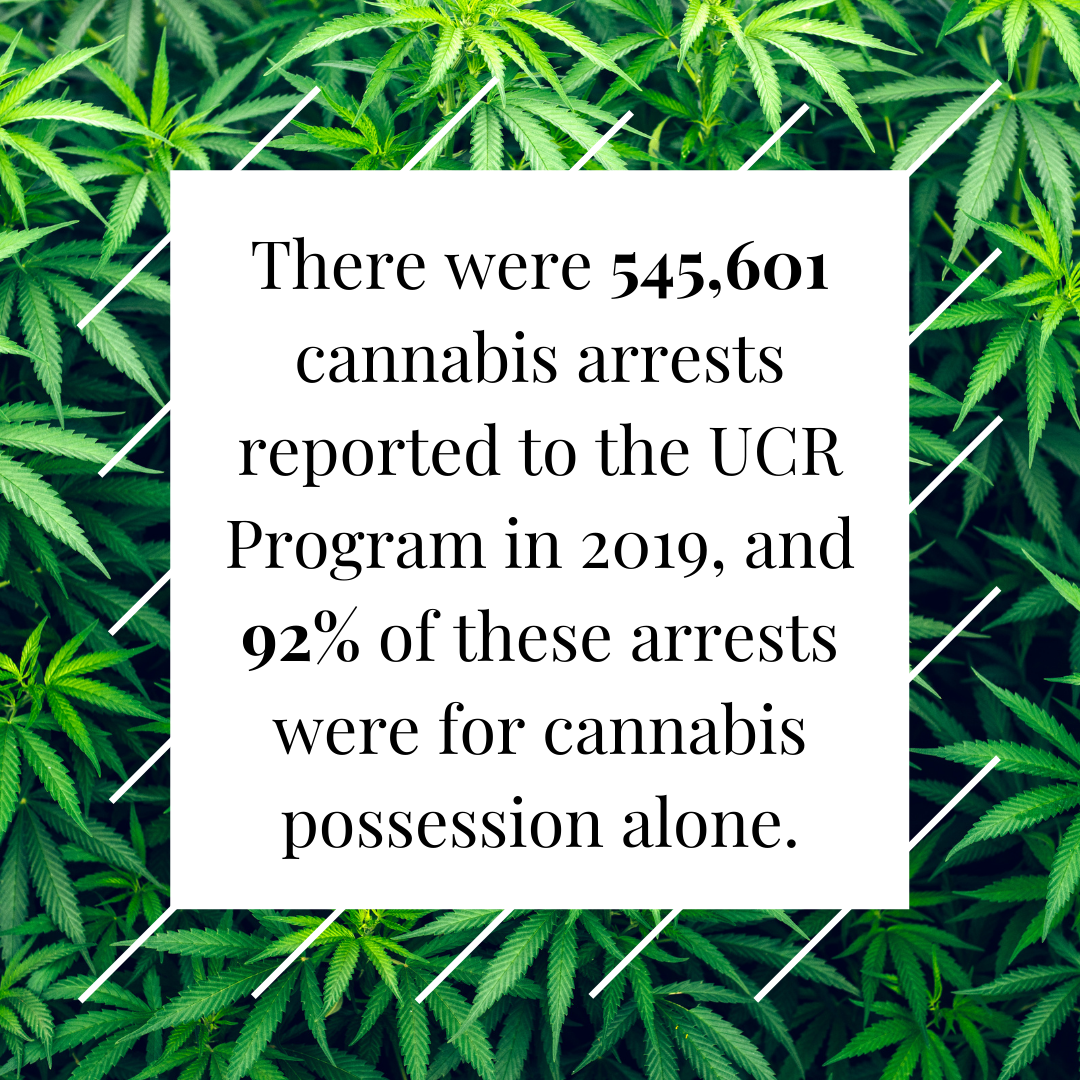 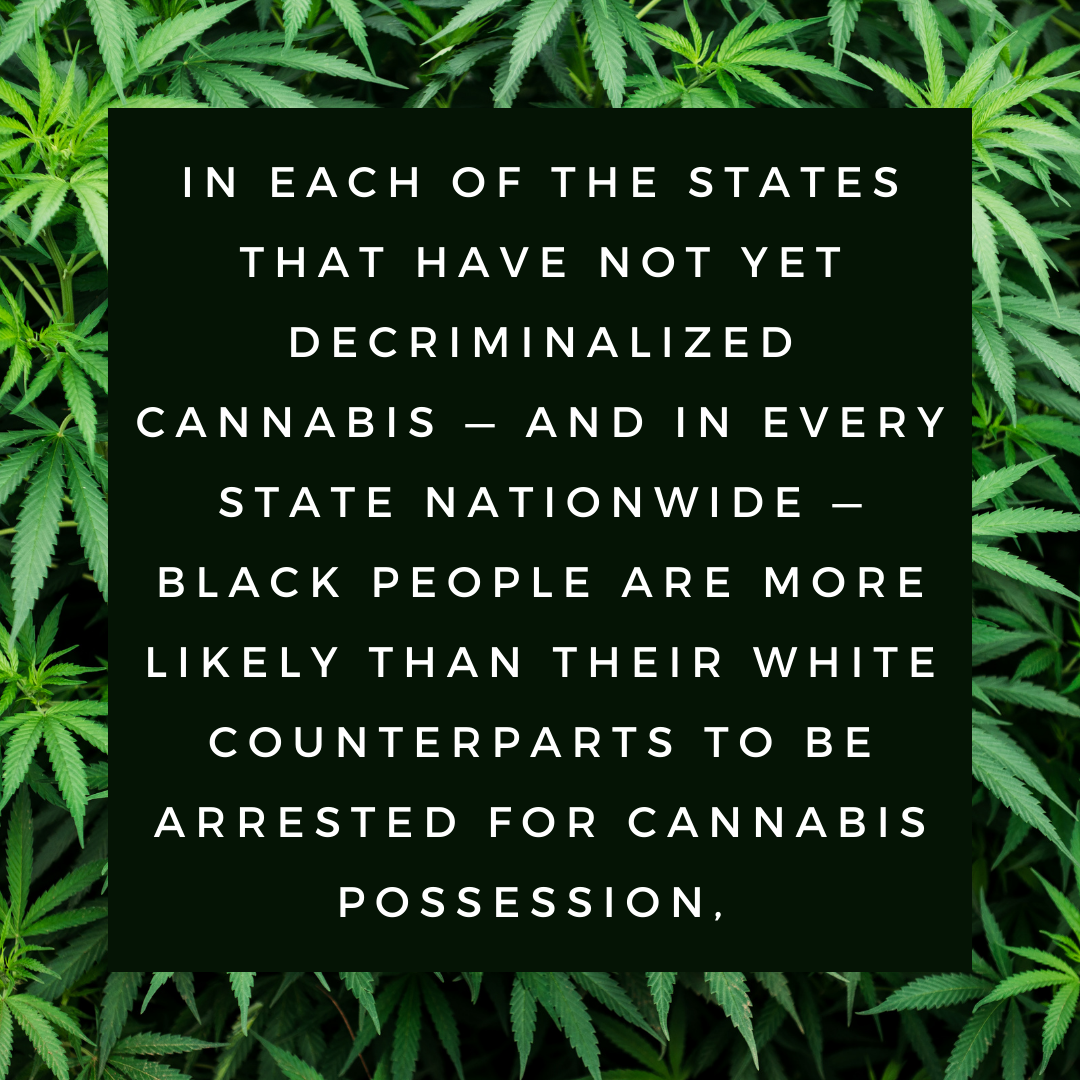