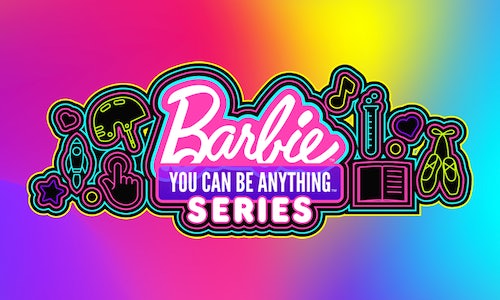 Barbie You Can Be Anything Series

After releasing four successful episodes in the spring of 2021, the Barbie You Can Be Anything Series returned in fall of 2021 with the goal of empowering young girls through the message that YOU CAN BE ANYTHING. Continuing into summer 2022, this season gave audiences six new episodes full of role models, girl-led activities, and engaging performances.

With over 3 million views and thousands of inspirational comments across the first four episodes in 2021, Mattel aimed to build upon this positive feedback by rewarding young viewers and their families with six brand new episodes. Featuring an array of fan-favorite guests and new trailblazing women thought-leaders, each episode focused on several exciting themes, including aerospace, animals, fashion, and art.

Each piece of content led back to build awareness of The Dream Gap, which has shown that beginning at the age of five, many girls develop self-limiting beliefs and begin to think they're not as smart and capable as boys. Barbie launched the Dream Gap Project in 2018 to give girls the resources and support they need to continue believing in themselves, and continues to devote considerable energy into combatting this notion to show young girls that they can truly be anything they want to be.

The continuation of the You Can Be Anything Series aimed to:

●  Capitalize on the success of the initial four episodes

In collaboration with Mattel, we wrote and developed an additional six episodes that covered key themes in young girls’ development while ensuring that the subject matter was not only relatable to children, but accessible to adults as well. We also chose to shorten the episodes from 20-25 minutes in 2021 to 8-10 minutes in 2022, helping to keep our target demographic engaged with more digestible content pieces.

The cross-generational content featured these role models and fan-favorite influencers allowing us to reach our target demographic in a meaningful way.

The six episodes were:

Episodes 5 and 6 also integrated Time For Kids – a platform that uses kid reporters to provide a unique perspective for kids, by kids – to appeal to our demographic even further.

Each episode was promoted on Barbie’s social platforms and lives on her YouTube page available to watch anytime, helping expand our reach to young girls and their parents all over the world.

While the initial four episodes of the Barbie You Can Be Anything series set a benchmark, receiving almost 3 million views globally, subsequent episodes shattered expectations, with an additional 10+ million views and inspiring young girls everywhere.

Metrics for the series to-date include:

The series has become a tentpole for the Barbie brand, and we are currently producing additional episodes with some of the most legendary women leaders and trailblazers in the world; most notably an episode with the multi-talented Grammy Award-winning artist Gloria Estefan.

Appearances with astronauts on the International Space Station and alongside Dr. Jane Goodall have solidified the cultural impact that Barbie has on young girls throughout the world. These female role models have recognized how significant their respective Barbie partnerships have had on their young audience, such as:

The Goodall Barbie doll was trending on Twitter upon its release, and the story was picked up by major news outlets all over the world. Even Chelsea Clinton posted about her chat with Dr. Goodall to discuss the impact of this partnership, helping broaden the YCBA Series reach even further.

Video for Barbie You Can Be Anything Series 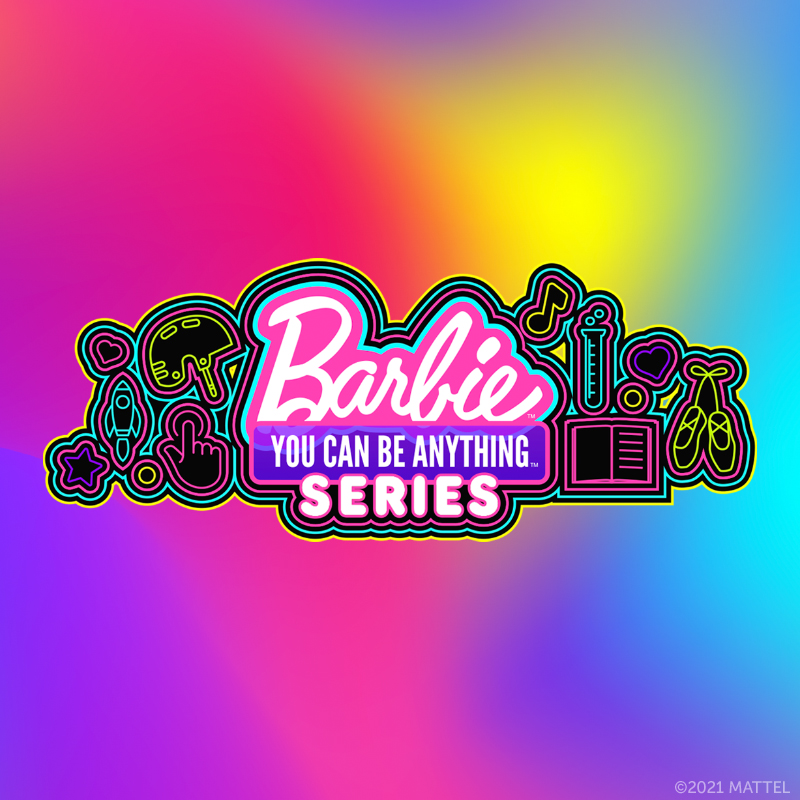 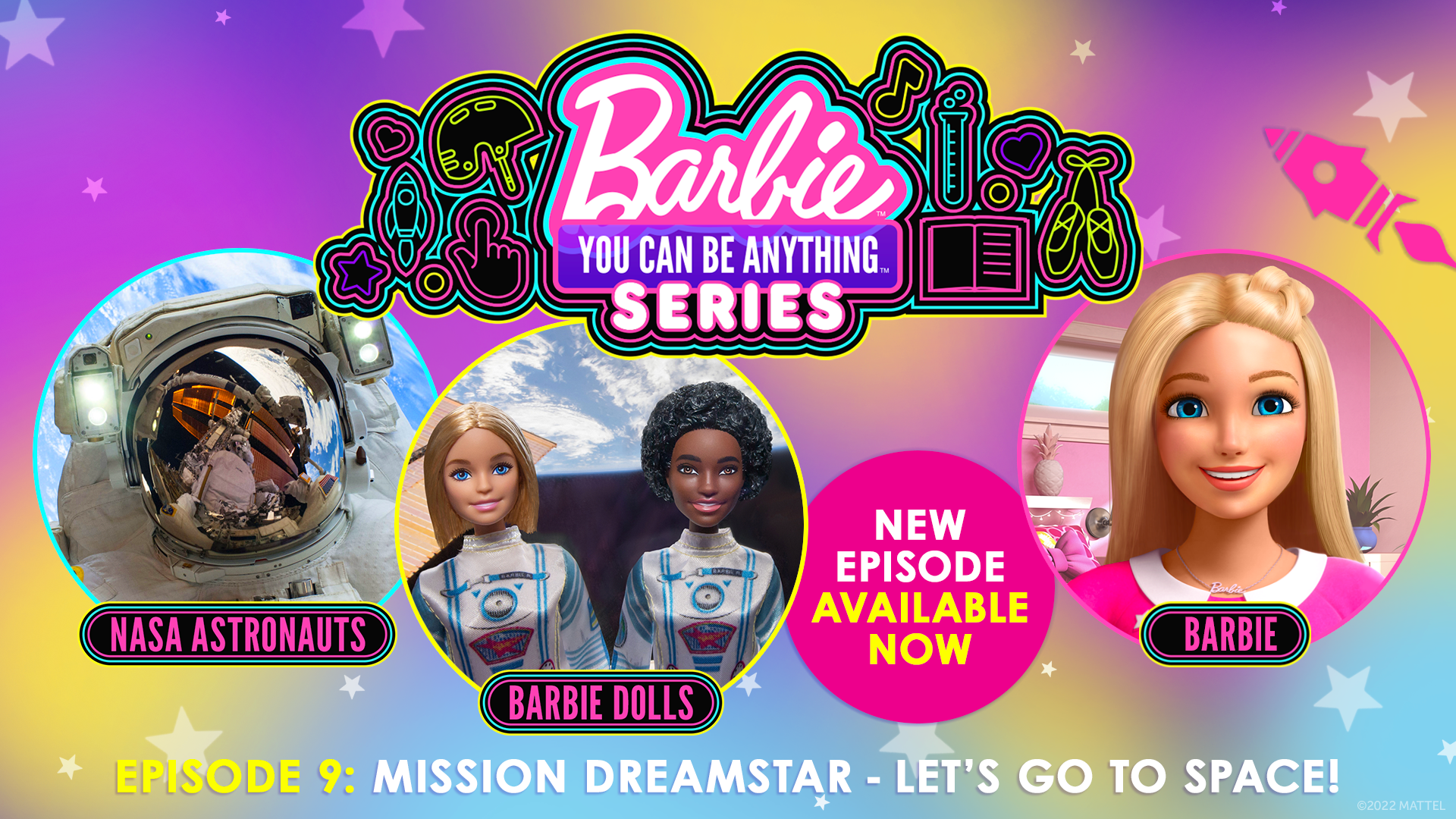 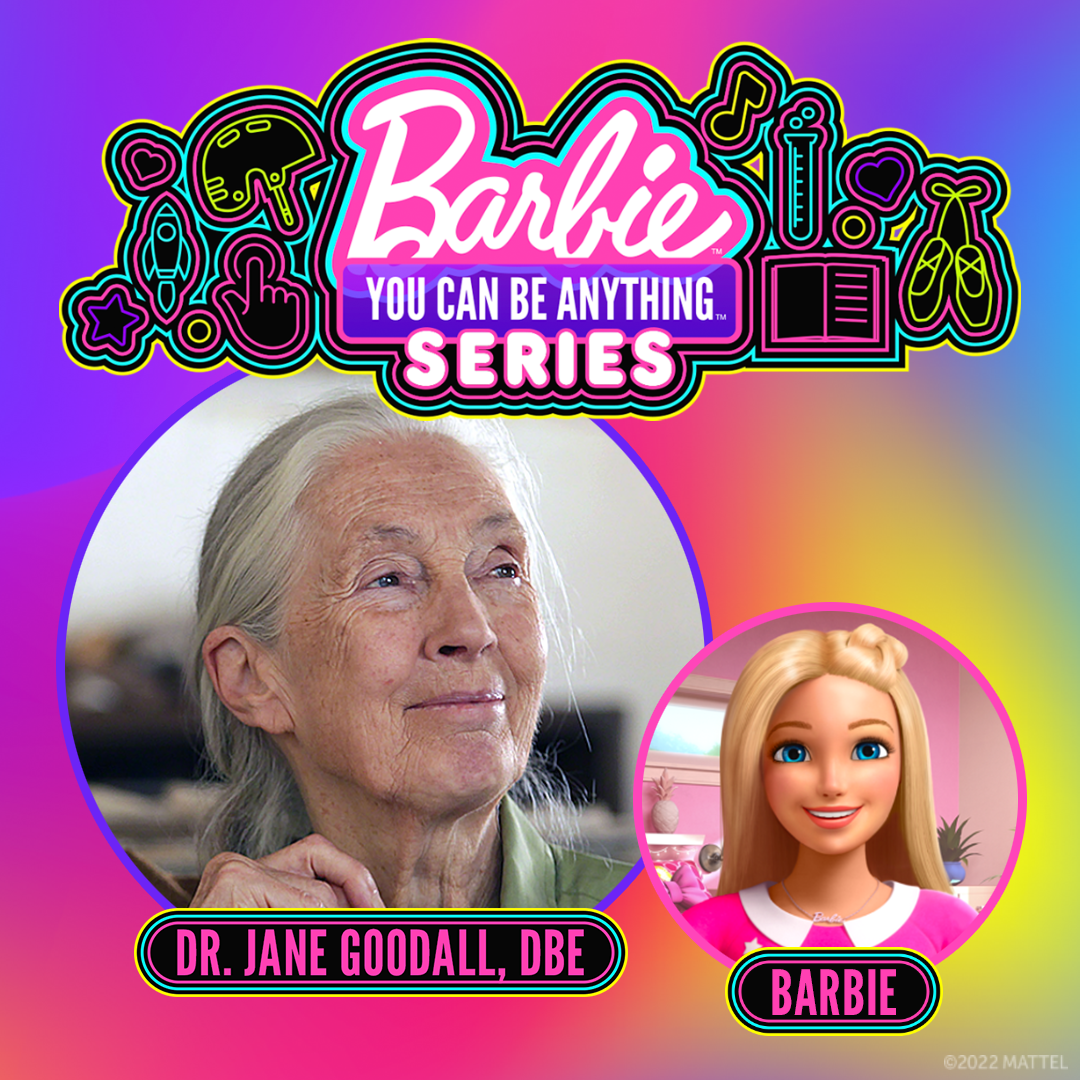