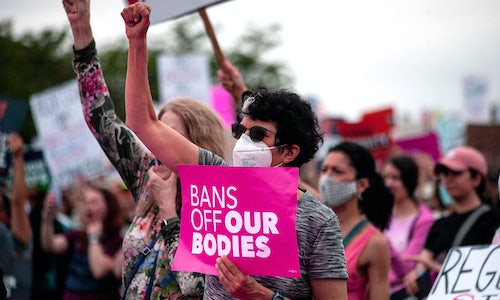 Bans Off Our Bodies

Last year was the country's worst year for reproductive rights in nearly a half century. In 2021, states across the U.S. introduced nearly 600 abortion restrictions and enacted over 100 restrictions — more in any one year since 1973, when the Supreme Court case Roe v. Wade affirmed our federal right to abortion.

This past June, the Supreme Court stripped Americans of that right when it overturned Roe v. Wade — allowing states to ban abortion. Americans overwhelmingly support abortion — roughly 80% want it to remain legal — and few believed their basic right to control their own bodies hung in the balance. Now women of reproductive age in half the states in the country — more than 36 million women, and even more people who can become pregnant — could lose access to abortion.

We're outraged, but we won't stand by and we won't give up. Planned Parenthood knew abortion rights supporters, coalition partners, corporate partners, the arts and entertainment industry, and others needed a rallying cry — to galvanize their opposition to abortion restrictions and build a platform to protect, and expand abortion access. That cry is “Bans Off Our Bodies.”

Planned Parenthood's Bans Off Our Bodies campaign (Basta De Controlarnos in Spanish) has grown into an inclusive and movement-based manifesto. Bans Off Our Bodies captures the zeitgeist of the moment and it has been widely adopted across the country, in media, at events and rallies, in art, and politics, and on t-shirts, protest signs, and more.

When the Supreme Court overturned Roe v. Wade, Planned Parenthood had the unique responsibility of preparing people across the U.S. for the devastating consequences and providing them with the information and tools to speak up and fight back. We knew it was essential to harness shock, and anger, with empowerment — to engage and prepare people for the long road ahead. And so we did.

Bans Off Our Bodies deserves to win because it has captured the zeitgeist of this moment. Our language resonates with people across the country — from activists to artists to business leaders — who have made it their own. Bans Off Our Bodies has become more than a campaign, it’s an anthem to fight oppression, a framework for a movement that many will use for years to come.

Paid
We ran a persuasion campaign to supportive audiences unaware that SCOTUS would likely overturn Roe v. Wade, and an education campaign about the widespread harm that the end of protected abortion rights would cause across the country. Both campaigns were built to adapt to meet fast-changing developments and, ultimately, the specifics of the SCOTUS decision. We reached our audiences across platforms in targeted phases that built over time to move people from awareness to action.

BansOff.org and BastaDeControlarnos.org have 3.8M pageviews, with an average time on page of 3:26 minutes. These sites feature the most up-to-date information about the state of abortion access, advocacy, and actions like event registration, the Bans Off petition, volunteering, and more.

The campaign has been front and center at many in-person and virtual organizing events, including swag, mobile billboards, event branding, and stunts such as 187’ banners. We conducted large-scale rallies on May 14, shortly after the decision leaked, and again on June 24, when the final decision came.

To reach new audiences and break through the busy news cycle, we partnered with buzzworthy people and organizations who are trusted messengers for our audiences. A sampling of our work within the arts and entertainment industry included: a New York Times declaration signed by 160+ young celebrities and influencers; partnerships with major music acts and festivals; a Fashion Says Bans Off day of action with fashion icons styling our Bans Off Our Bodies pin; a late-night show takeover with monologues and mentions by most hosts in one week; collaborations with TikTok influencers to combat misinformation; and social engagement by influencer partners reaching their 2.5B+ followers.

Corporate partners joined the fight to support and expand abortion rights for their employees and communities. Over 70 beauty and wellness brands (including Benefit Cosmetics, Black Girl Sunscreen, Lush Cosmetics, Lululemon, and The Body Shop) signed on to our digital campaign, and 6500+ corporate employees from all levels of organizations in every state joined a national walkout to stand with abortion providers and patients. 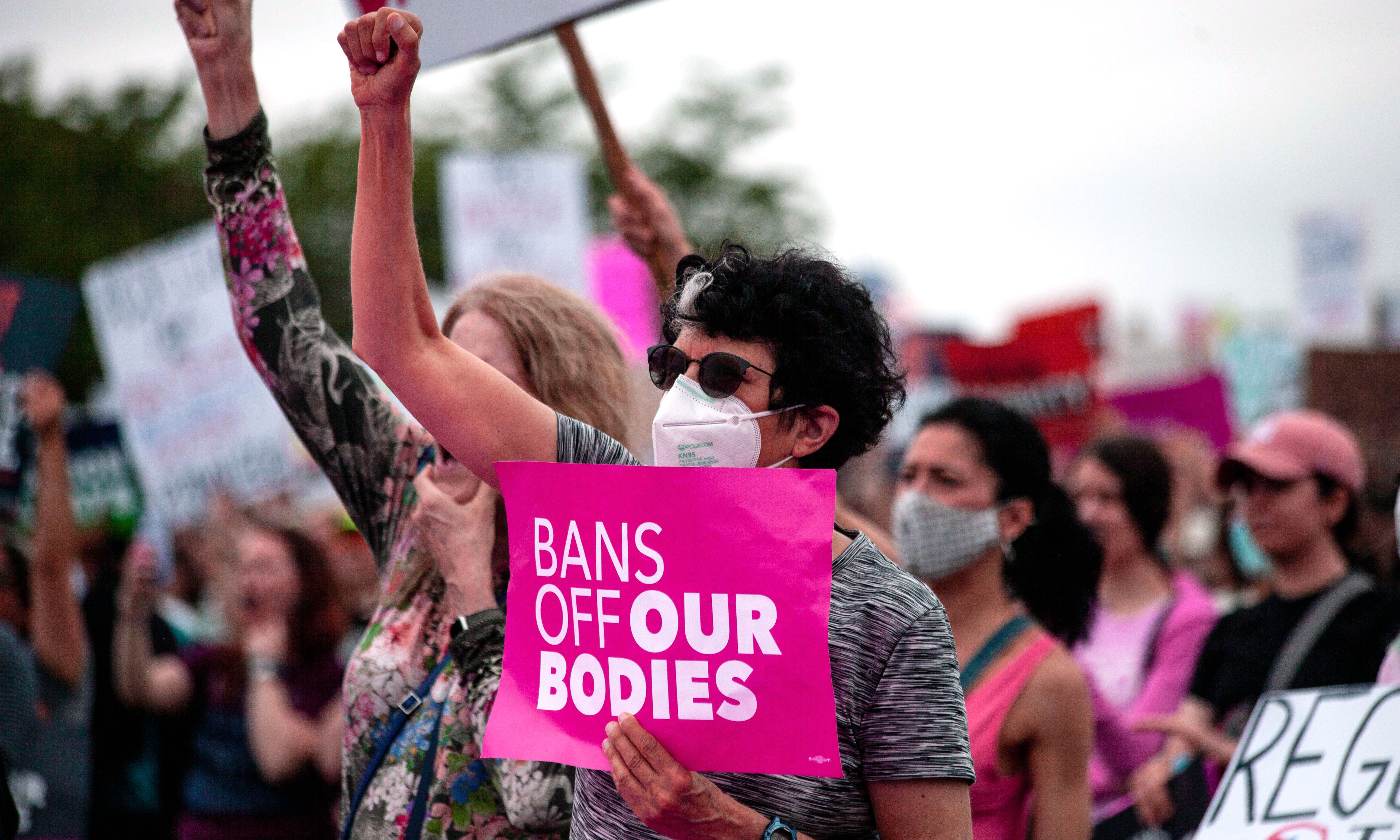 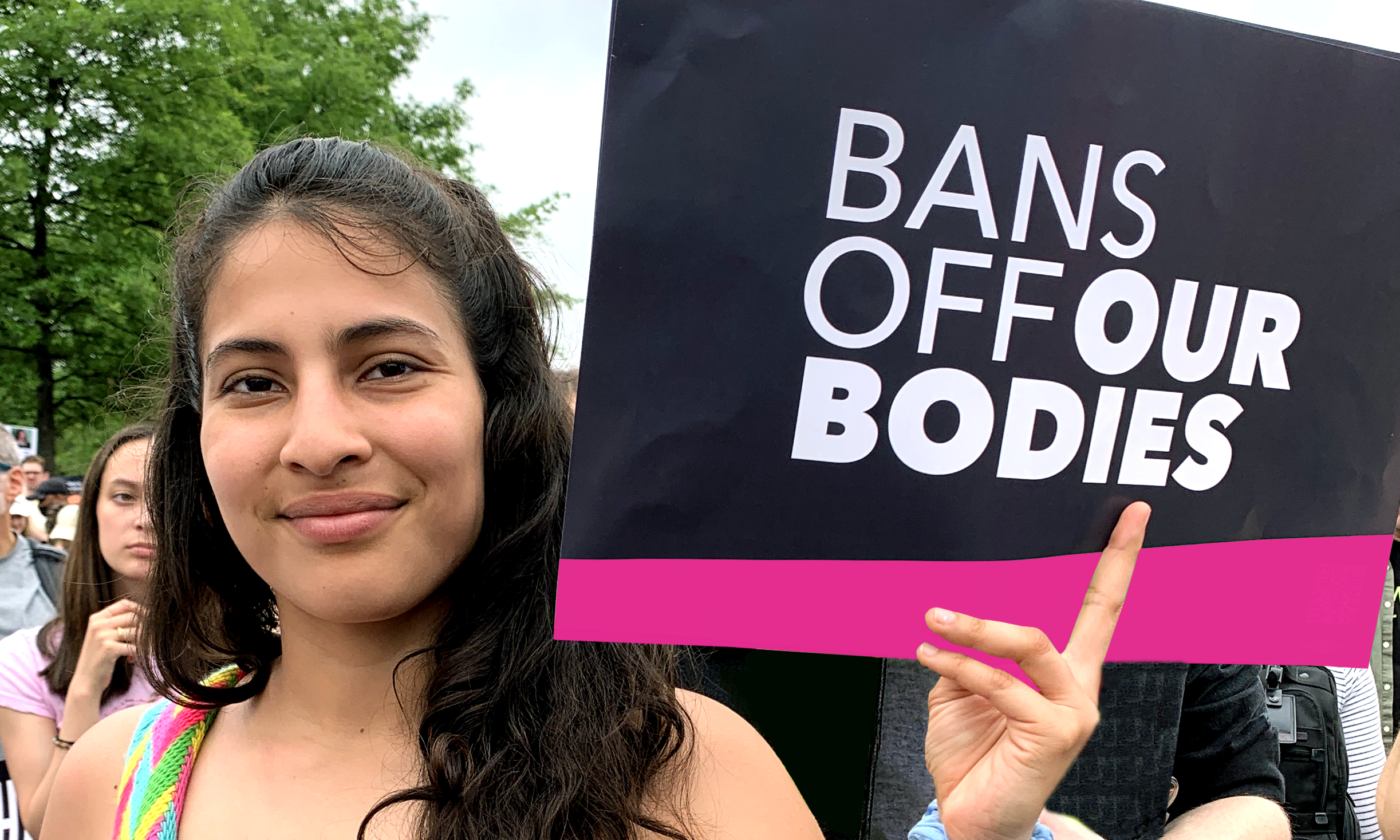 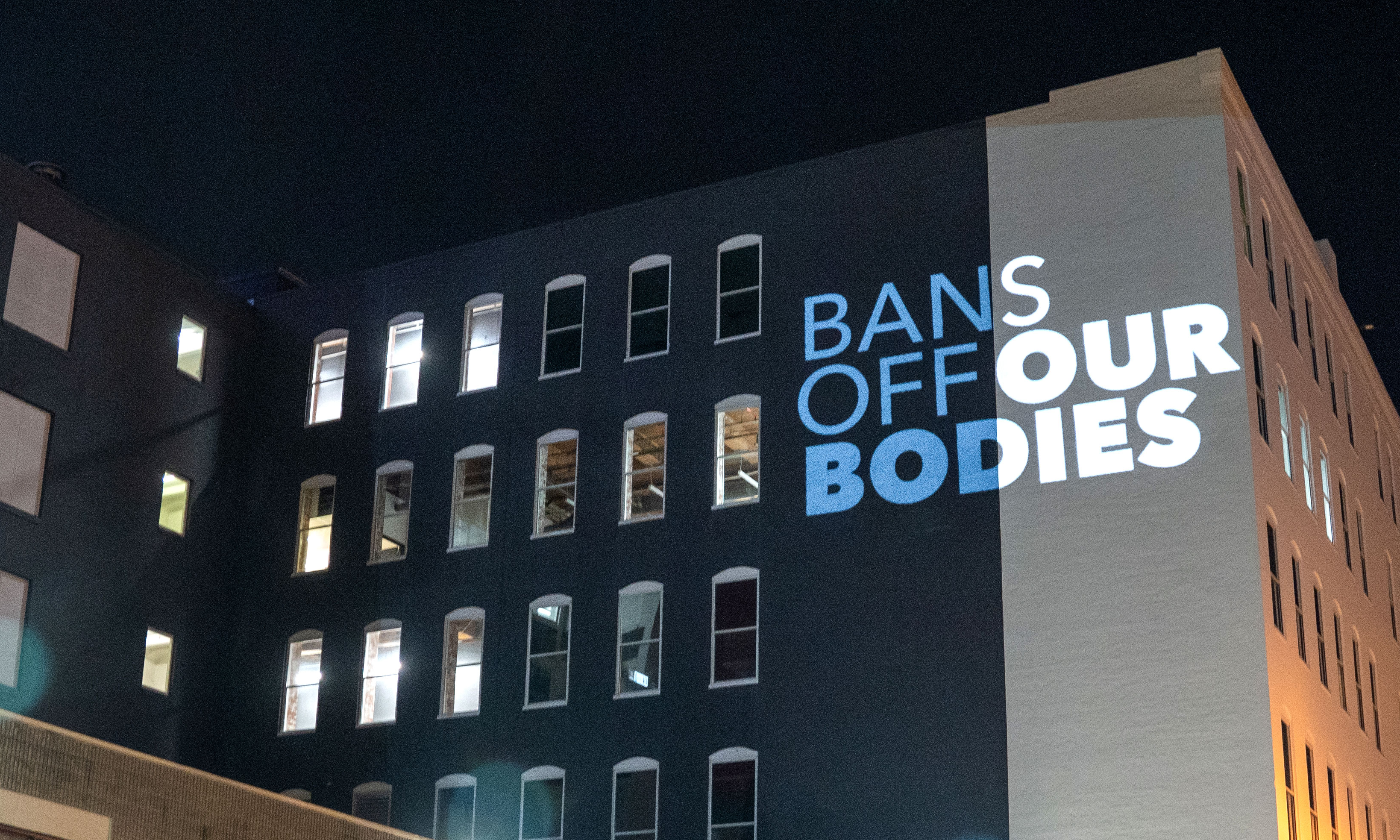