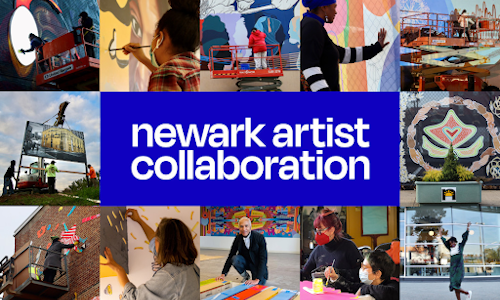 The Newark Artist Collaboration is the latest of Audible’s impact initiatives, supported by the Global Center for Urban Development, which Audible created in 2020 to expand its community and economic initiatives while launching new and measurable models focused on advancing equity, racial justice and economic empowerment. Recognizing the critical role that local artists play in enhancing the vibrancy and cultural capital of the city, Audible created the Newark Artist Collaboration (NAC) to elevate the work of Newark-based artists and encourage local investment in Newark’s creative community.

Audible first launched NAC in June 2021 and shortly thereafter underwent a competitive call for proposals, involving a jury composed of local arts professionals and community stakeholders from the City of Newark, The Newark Museum of Art, Newark Symphony Hall and other public and private organizations. In October 2021, Audible announced the artists selected for its first phase of NAC art installations, and in May 2022, Audible unveiled the works of 20 Newark artists and artist collectives at Audible’s headquarters and in the surrounding downtown neighborhood, which ranged from murals, fence and window activations, digital artworks, light installations and an outdoor children's reading area.

The artworks celebrate Newark’s people and culture, encouraging a pride in Newark’s diverse makeup and creating a sense of community through art. By activating public spaces throughout the city, NAC ensures that meaningful artwork is accessible to all.

Launched in close partnership with the City of Newark and various neighborhood stakeholders, the Newark Artist Collaboration offers an innovative model for other companies and cities looking to make a meaningful impact in their neighborhoods as they emerge from the pandemic. To bring NAC to life, Audible worked directly with the City of Newark for permits and approvals to use public spaces as canvases. Audible also tapped the City of Newark’s Arts and Cultural Affairs Director, fayemi shakur, who provided immense support in driving the overall success of NAC.

Neighborhood stakeholders that donated their space in support of this project included a mix of private businesses, nonprofits and public entities like FOCUS Hispanic Center for Community Development, the Newark Public Library, Rutgers University-Newark, Fidelco Realty Group, Audible and even NJ Transit, which after over a year of negotiating, finally granted NAC permission to utilize one of its walls – the barrier facade of Route 280 – for a 500-foot long mounted mural and light installation.

In addition to a jury selection process that chose the proposal winners for the art installations across downtown Newark and Audible’s headquarters, NAC also created the special project Raise Your Voice to showcase the power of raising one’s voice during a time of fear and uncertainty, in the wake of the Covid-19 pandemic. NAC commissioned an additional five local designers, illustrators and artists to create a visual campaign of typography-forward installations of the statement “raise your voice” which were placed at storefronts citywide. The artists’ vibrant and rhythmic compositions were paired with QR-accessed audio components featuring prominent Newarkers telling their truths, including audio clips from The Book of Baraka by Mayor Ras J. Baraka, Proof of Love by Chisa Hutchinson, Force of Beauty by Mikki Taylor and Raising the Game by Anthony Frasier.

Since moving its headquarters to Newark in 2007, Audible has purposefully invested in its surrounding community and cultivated local talent and businesses to make a significant positive economic impact in the city. The NAC installations are the latest in a long list of community-focused projects that Audible has in Newark since moving 15 years ago – this program in particular demonstrates how public art connects to equity-making, while also honoring the generations of Newark artists, writers, poets, musicians and creatives who have marked the city with their artistry.

In total, Audible has invested millions of dollars into NAC and has amplified the homegrown creativity of 20 local artists and artist collectives in its first phase of public installations. NAC provided a canvass for local talent to showcase their work to the broader community – each location features a QR code that viewers can scan to hear the artists discuss their pieces in their own words. Audible also gave individual artists a platform by providing them with opportunities to participate in media interviews and other community events. In total, local artists reached a local and national audience of over 60 million viewers and readers through coverage via PBS State of the Arts, CBS This Morning, The Architect’s Newspaper, NJ.com and more. Audible will also be sponsoring tours of the installations during the Newark Art Festival later this fall, and is currently working on future phases of NAC with many local artists excited to join the initiative. 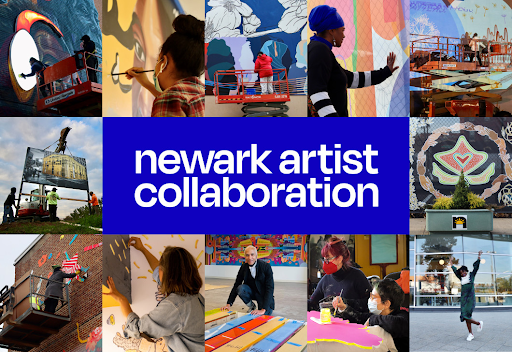