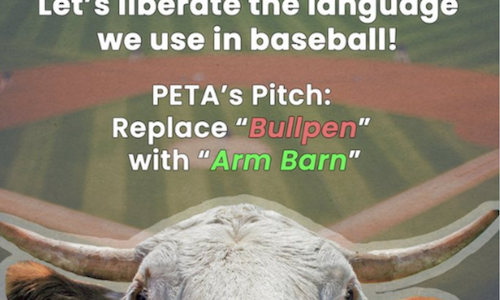 As the World Series turned into a pitching duel, PETA pitched a proposal to the baseball world: Strike out the word “bullpen,” which references the holding area where terrified bulls are kept before slaughter, in favor of a more modern, animal-friendly term. Our suggestion? The arm barn!

Words matter and when PETA recognized that baseball’s “bullpens” devalued talented players and mocked the misery of sensitive animals we set out to brainstorm a clever, anti-speciesist alternative. Our staff thought up “Arm Barn” and hit a home run! Though we set out to encourage Major League Baseball (MLB) coaches, announcers, players, and fans to changeup their language and embrace “the arm barn,” we were surprised at how far this knocked it out of the park.

Tens of thousands of people on Twitter, including tons of baseball influencers and media companies, weighed in on the “Arm Barn” conversation. At times both “arm barn” and “PETA” were trending on Twitter. We changed our name on Twitter to “Arm Barn” to capitalize on the moment, and this was even mentioned in the NPR news coverage: “To make the point, PETA Twitter account has at least temporarily changed its name to Arm Barn.”

In addition to coverage of the tweet from NPR, ESPN, TMZ Sports, USA Today, and more, actual baseball teams and announcers got in on the fun and started using the phrase in earnest. The baseball world was absolutely smitten. 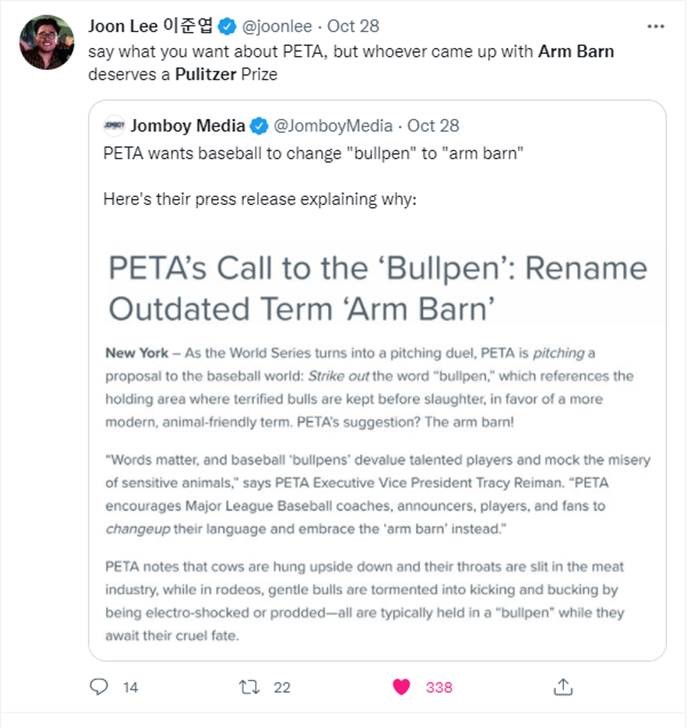 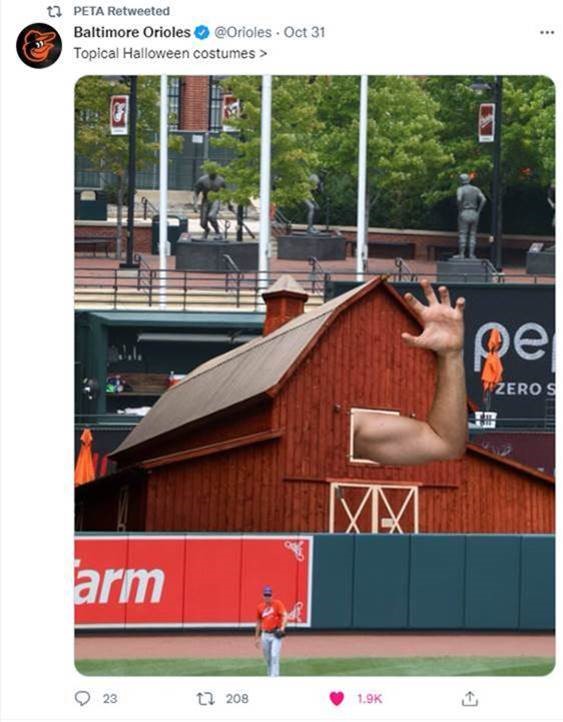 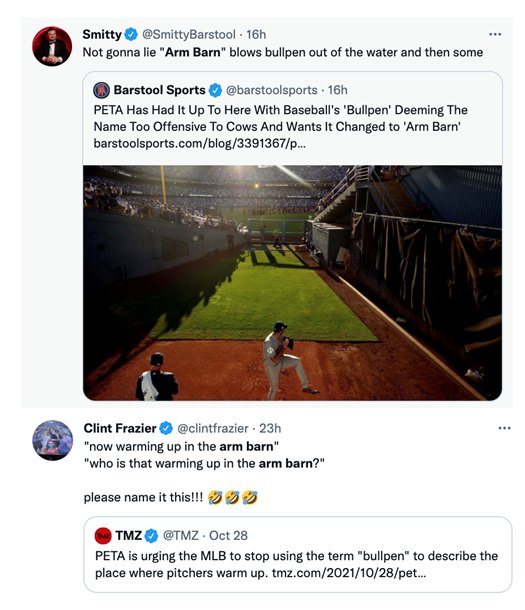 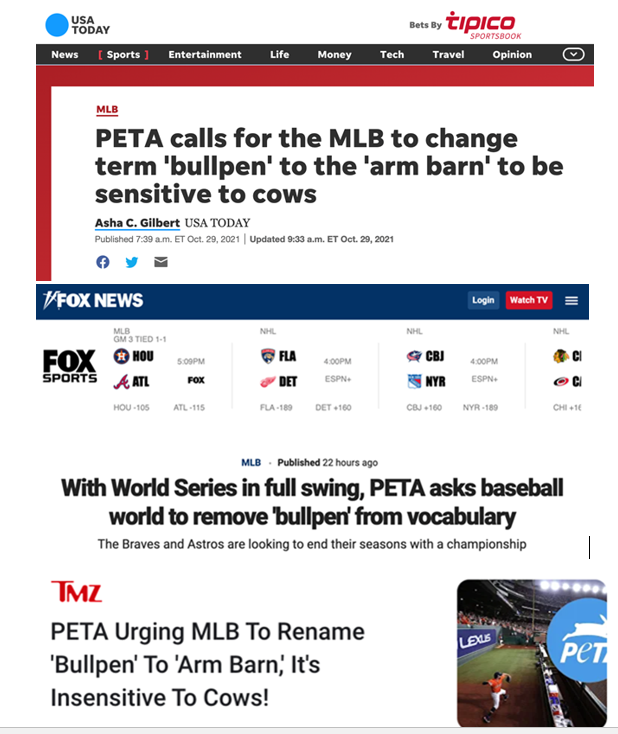 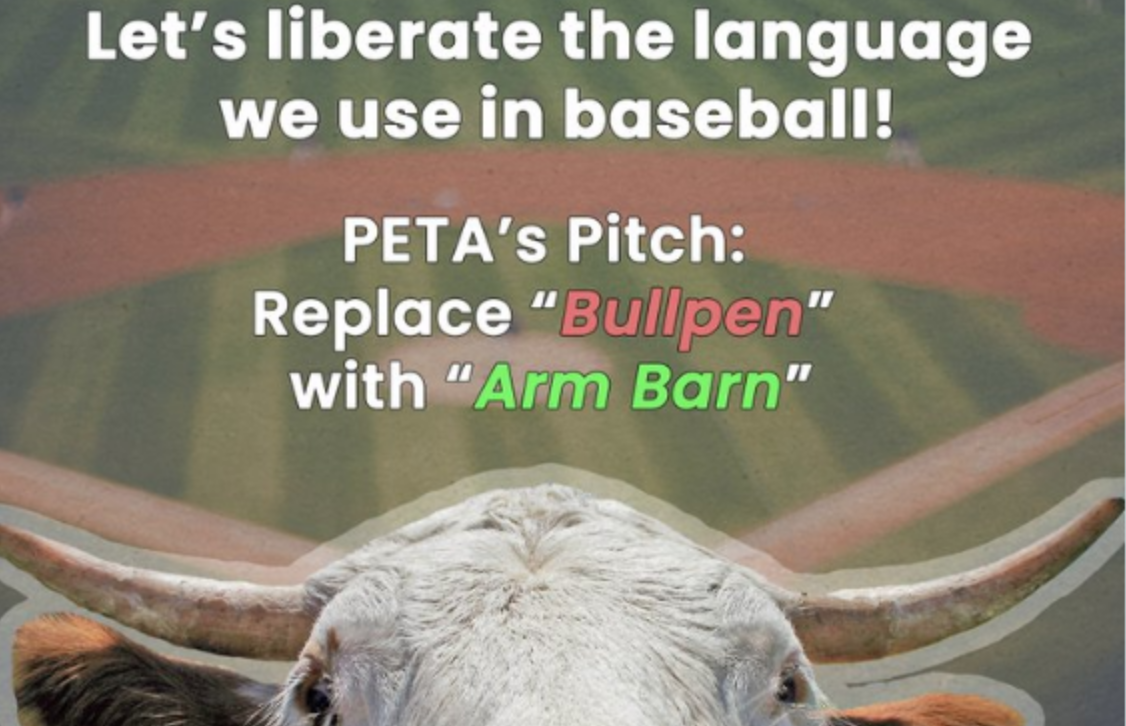 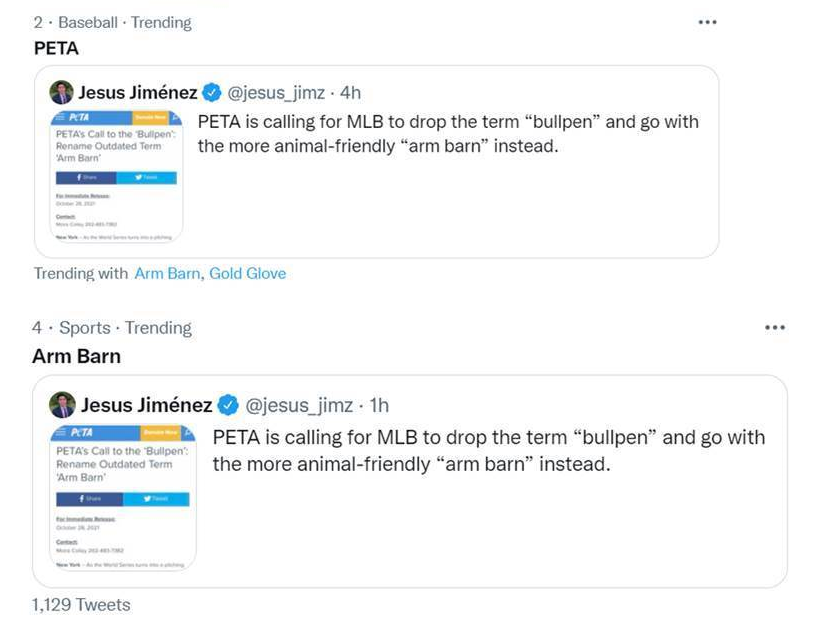