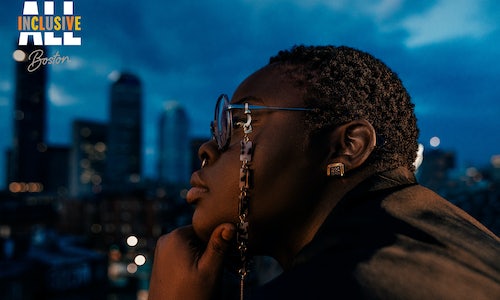 Winner in Campaign by a Black-Owned Business, Hospitality & Travel

All Inclusive “My Boston Accent” met the moment by re-articulating the city’s integrity, and capturing the essence and strengths of its 23 neighborhoods. Continuing the momentum from phase one launched in Spring 2021, this year's campaign celebrates history, promotes locals, and showcases Boston as a one-of-a-kind destination. The goal of the campaign was to drive a diverse set of travelers to Boston, making it a destination city.

Boston has it all: a hip food scene, historic sites, cultural landmarks, innovative tech and healthcare hubs, a city as scenic and walkable as its shoreline. Our research from the first phase showed that Boston has a perceptual racism problem. The city’s reputation doesn’t exactly read like a welcome mat. Through a mind-shifting, multi-year tourism campaign for the city, we set out to shift the narrative—and tell the story of those who live, work and create communities in the City of Boston.

In redefining Boston’s brand, and creating a multi-channel campaign, our team aimed to create a new narrative to help ameliorate current social tensions and drive much needed tourism dollars. The campaign portrays the city as a welcoming destination where people can find an authentic, safe, fun travel experience. The “My Boston Accent” concept conveyed the city’s diversity to a national audience, while simultaneously generating a positive local response. All Inclusive Boston generated ongoing engagement, incited visitation, and ultimately converted prospects into excited visitors and brand ambassadors while embracing the community that makes it happen.

The process of developing the campaign began with market research that tested the perception of Boston among current residents and likely-to-visit travelers. These lab sessions revealed an essential insight: travelers had a lack of familiarity with the city and much of their perceptions were being driven by pop-culture and sport-team megafans. To combat negative stereotypes and broaden perceptions of the city, this campaign needed to illuminate the Boston of today. The multilingual campaign acts as a visual expression of Boston’s neighborhoods and communities, from Fenway to Roxbury. “My Boston Accents” concept stemmed from the often referenced Boston stereotype of an accent with dropped R's” and fronted vowels. Boston, a culturally rich and international city, is a melting pot of people with different accents, experiences, abilities, and cultures. This campaign highlighted the heterogeneous city and unearthed Boston in its true form; a modern, vibrant, innovative, and progresive city.

The campaign's colors are a vibrant interpretation of the universal experience of Boston: cobblestone orange, skyscraper teal and all the greens, yellows and pinks of its public parks and green spaces. The word “Boston” appears as a hand-drawn signature, emphasizing the impact each person has on this hub. The imagery was shot from an authentic lens; a local Black artist and photographer, Harry Scales. One of the most essential elements of the campaign was location tagging—in every application, featured businesses and neighborhoods are labeled to build awareness and support wayfinding.

The “My Boston Accent'' campaign effectively targeted both Boston locals and a drive market within a five hour radius of Boston (CT, NY, RI, NJ, NH, VT, ME). The campaign was tailored to reach an age range between 25-54. At a high level the campaign focused on people with a propensity to travel but also focused on attracting Black, Brown, Asian, Latinx, and LGBTQIA+ travelers who are foodies, art and culture enthusiasts, family vacationers, history buffs, and locals looking for a meaningful staycation.

The campaign included a photoshoot, 30-sec TV ad, OOH, transit ads, digital ads, organic social, paid social, website content development, and partnerships with local news stations. Our team was evaluating the campaign’s success in three layers, 1) Did the campaign start to open travelers eyes and change perceptions? 2) Are the local businesses included in the campaign getting the much needed awareness and boost in revenue? and 3) How many visitors did this campaign drive to Boston? Working closely with our partners, Colette Phillips Communications Inc. (Public Relations Firm), UNCOVr Media (Research Driven Media Agency) and Greater Boston Convention & Visitors Bureau (Bostons’ Official CVB) successfully made All Inclusive Boston a reality.

In terms of amplifying diverse voices and showing Boston as a destination city, this campaign created progress—and ripples of positivity that will be felt for years to come. This campaign generated 67.8 million impressions, 25,000 clicks, and the “My Boston Accent'' video garnered 1.1 million social media views, with an average video completion rate of 80%. The second phase of the campaign increased traffic to bostonusa.com, Boston’s official tourism website, by 200%. This phase of the campaign included bold promotional tactics like lighting of the city’s iconic Zakim Bridge, prime-time Celtics Games Jumbotron Ads, Red Sox pre-game feature and sponsoring a unique new segment on NBC10 that shows residents in MA and Southern NH all the city has to offer.

Statistics fuel creative work, but on an emotional level, this second phase of the campaign was a major step forward in representing the real Boston. Mayor Michelle Wu said 84% of contractors and subcontractors involved in the effort are businesses owned by women or people of color. So far, she said, the initial All Inclusive Boston campaign generated more than 4,000 new visits to our city in the middle of the pandemic, an incredible feat. The campaign helped all of Boston’s residents, neighborhoods, businesses, hotels, cultural institutions, and destinations emerge together. It publicly demonstrated that Boston is more than aggressive sports fans and crazy drivers; it’s a city full of culture, of history made each day, of people connecting through a shared vision for the future.

Video for My Boston Accents 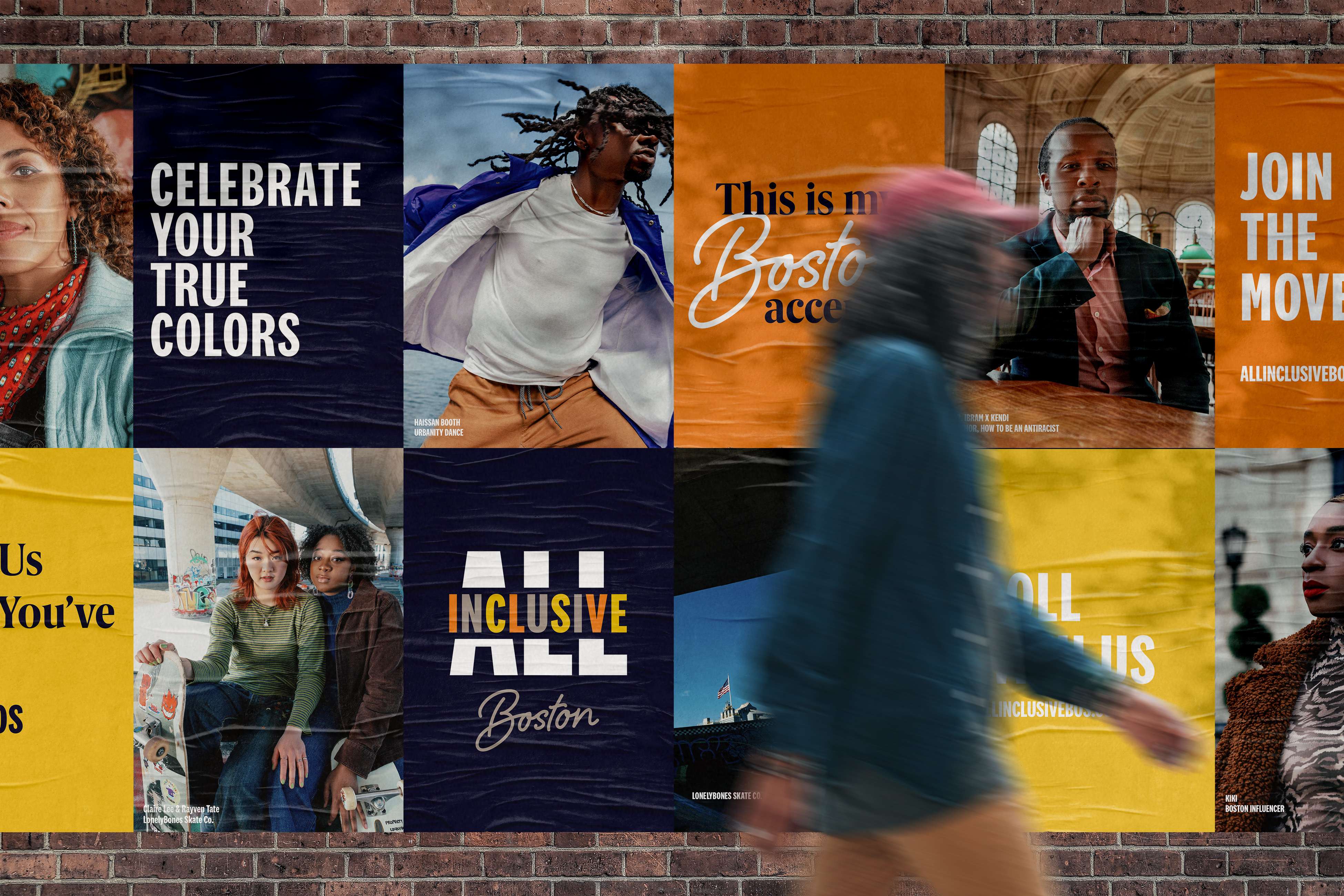 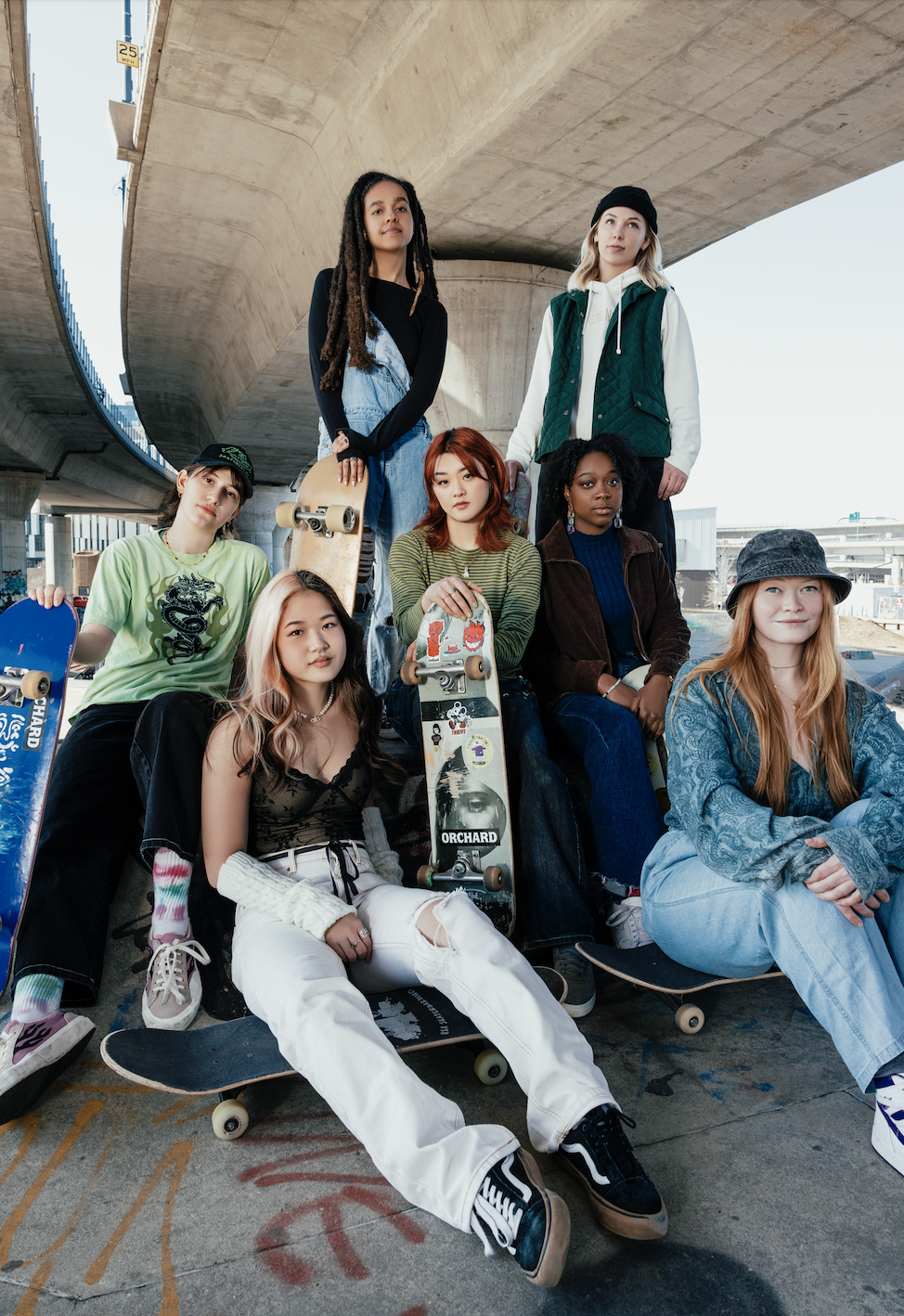 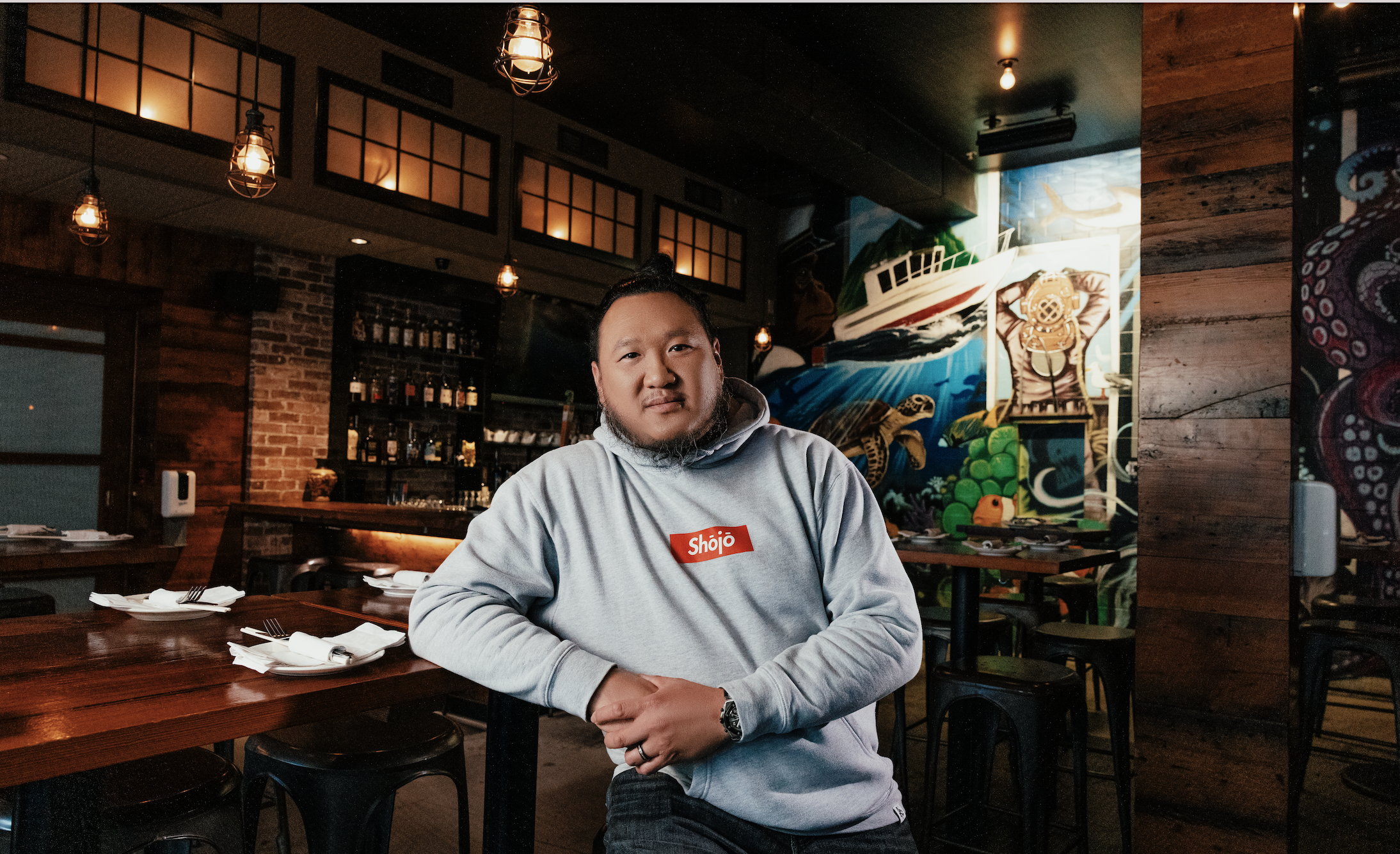 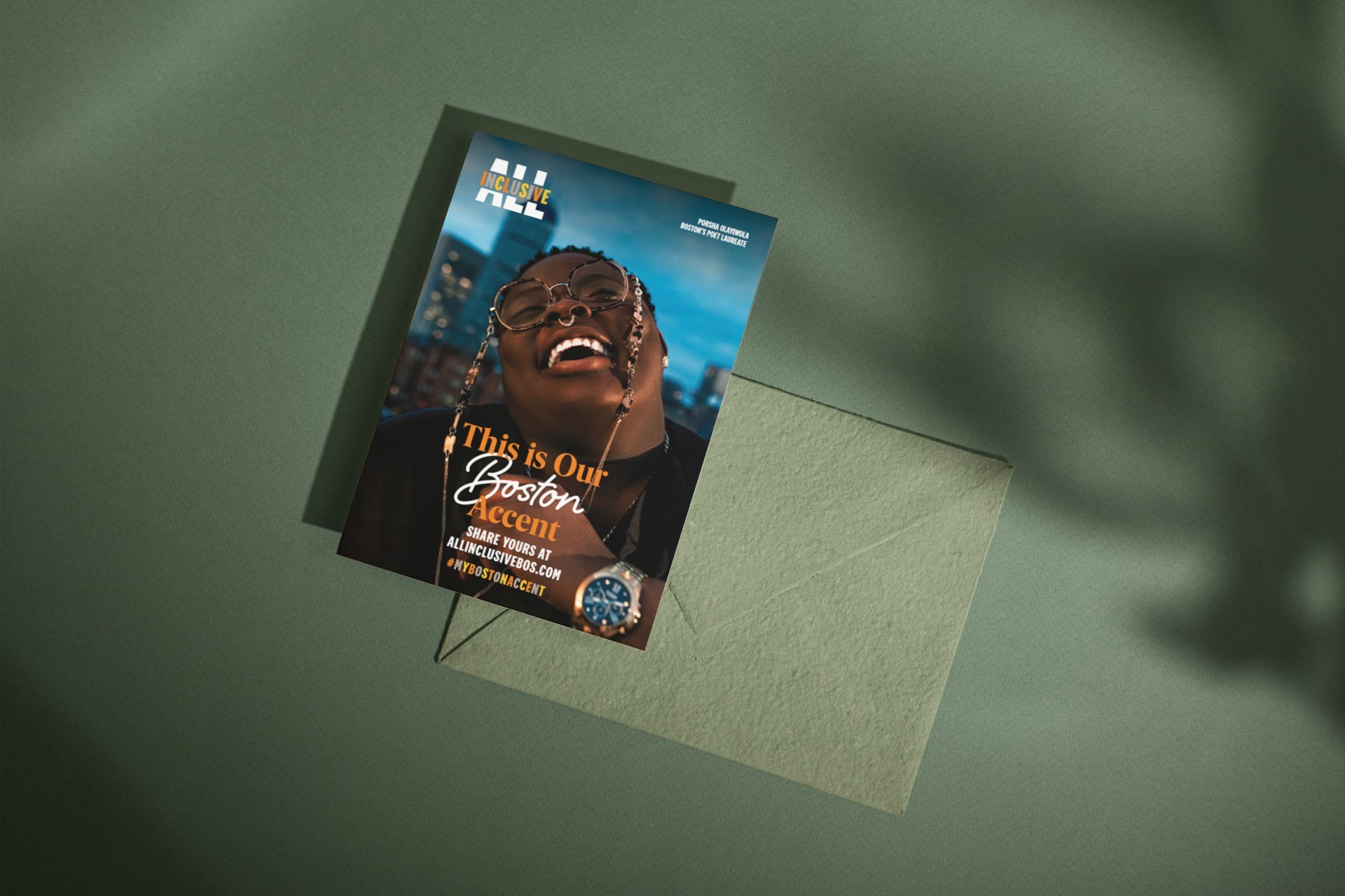 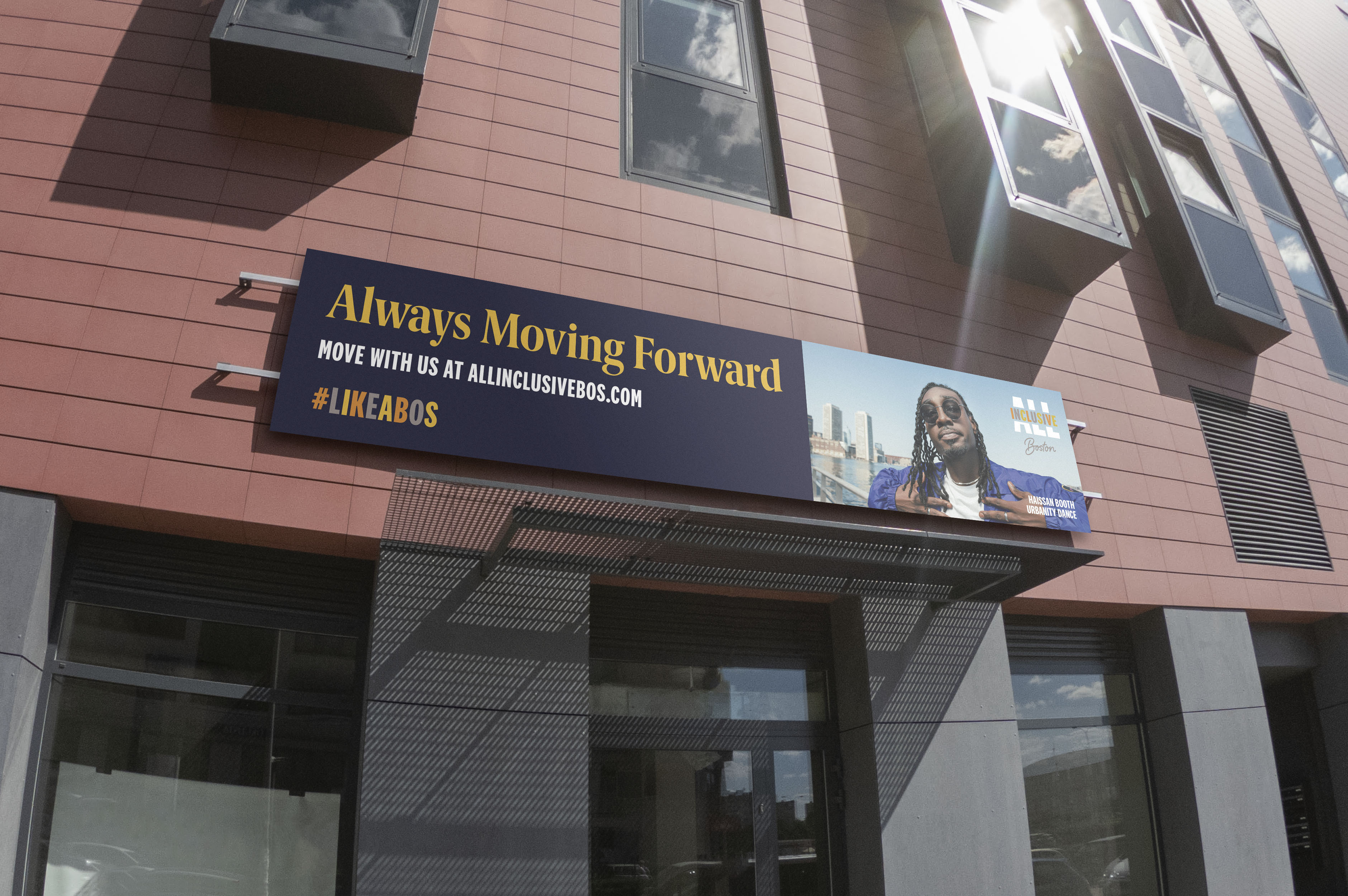 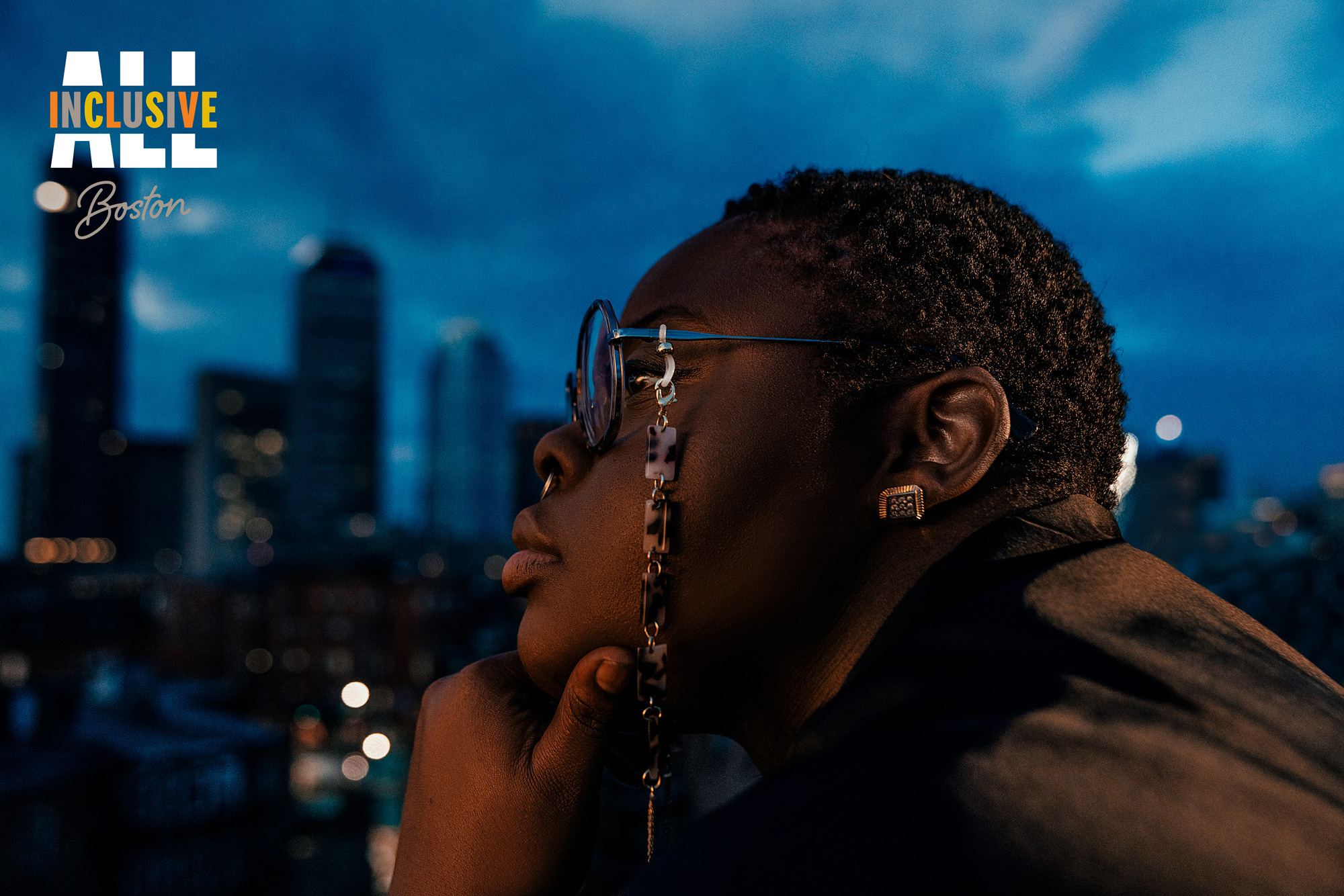 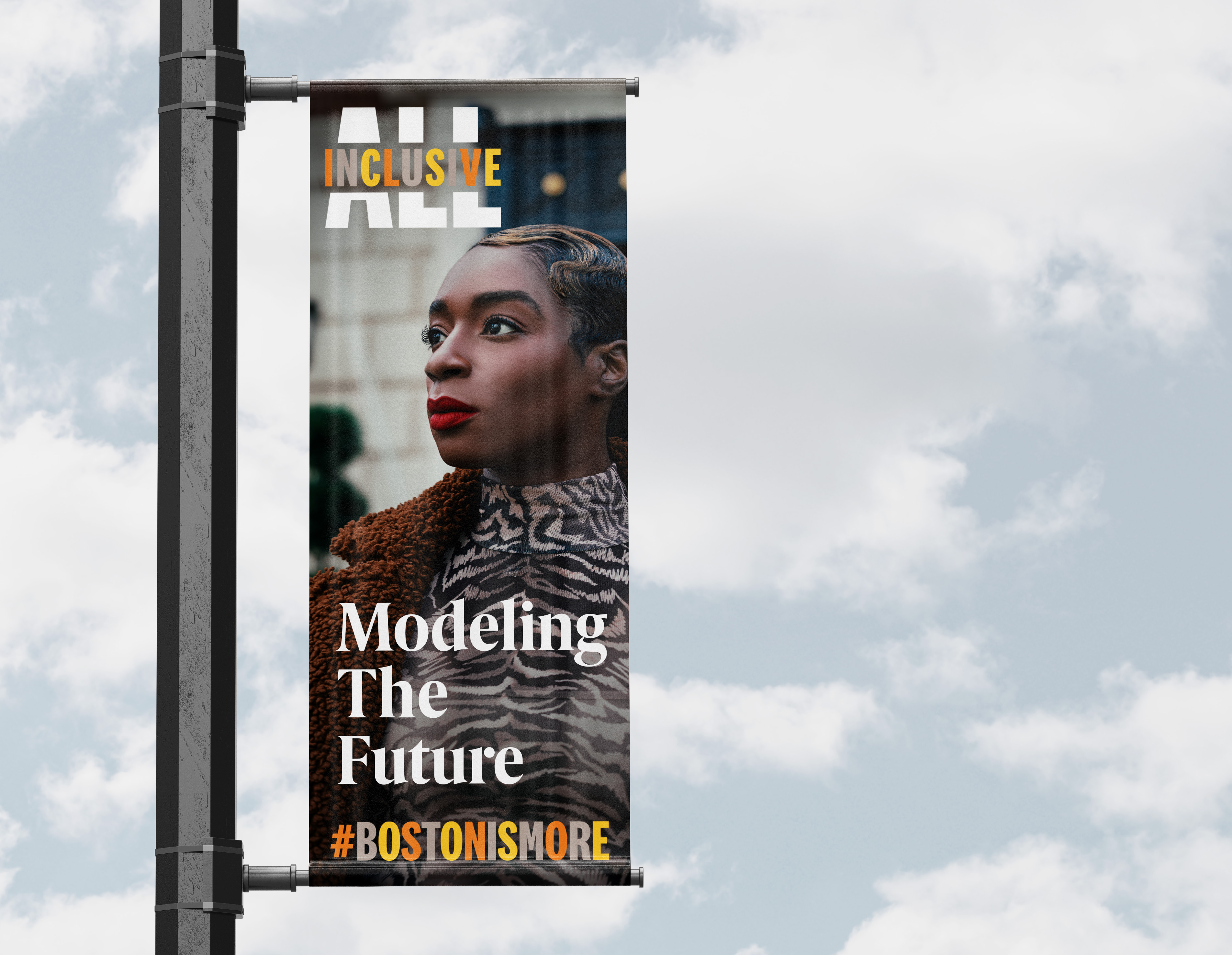 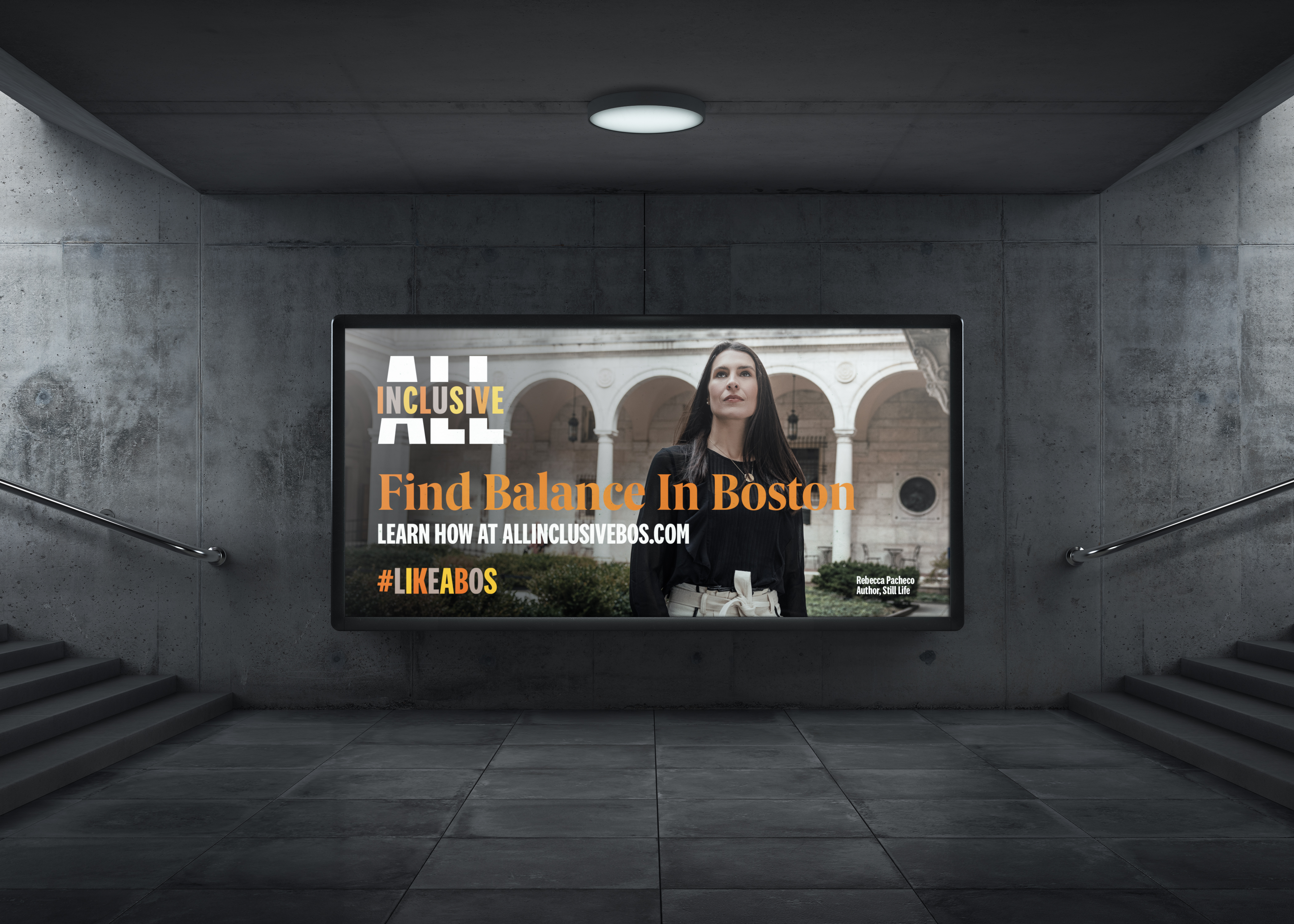