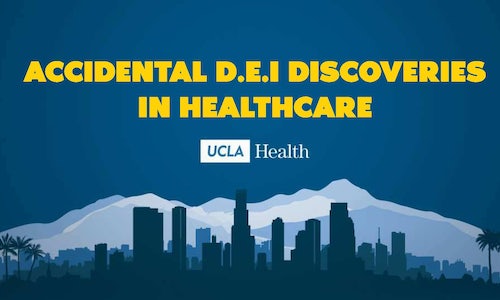 Winner in Campaign by an Asian-Owned Business

Audience Honor in Campaign by an Asian-Owned Business

Hylink Digital is an Asian-owned independent digital agency that was founded in 1994. Today, the agency has a global presence and acts as the bridge between East and West for many brands. Hylink plays an integral role when it comes to brands’ understanding of culture as well as people, an important task for UCLA Health when it tries to reach communities outside of the United States. Possessing worldwide experience and the ability to connect with different cultures, Hylink was chosen as their guide to reach communities both in Asia and in Arabic-speaking countries.

In the relationship between doctor and patient, trust is paramount. Unfortunately, minorities often do not seek out medical care until it is too late. Lack of insurance, pride, fear, and denial can present huge barriers. Underlying these misgivings are the longstanding cultural and racial biases which have plagued the medical field not just in the United States, but amongst ethnic minorities worldwide. UCLA Health, the #1 Healthcare provider in California and #3 in the United States, created a website catering to populations residing in East Asia to address this issue.

While initially launched in Mandarin  to target patients in China, Hong Kong, and Taiwan seeking advanced care from UCLA Health Center, the advent of the COVID-19 pandemic within the United States led researchers to discover opportunities in a new diversity, equity, and inclusion (DEI) initiative. UCLA Health found that 55% of its website traffic actually came from the AAPI community within the United States.

Some of the largest Chinese, Korean, and Japanese-American communities in the country call Los Angeles ‘home'. How could they have missed such an opportunity to reach the thriving Asian American communities residing in their own backyard? This realization prompted a rapid concerted effort to include this newly discovered, underserved community. Hylink had UCLA Health immediately launch a DEI initiative to service ethnic populations in Los Angeles, broadening its linguistic approach as a way of appealing to the wide swaths of Mandarin and Arabic speakers that inhabit Los Angeles.

Did you know that the AAPI population is the ethnic group most likely to be insured, yet least likely to seek mental and simple primary care? Research has repeatedly shown that this is due to cultural and language barriers. Arabic speakers, regardless of ethnicity, were another group who did not seek care as frequently, likely due to the same linguistic barriers. UCLA took these findings in regard to local Arabic-speaking populations and launched an international services site for the Gulf Cooperation Council. On this website, communities can learn about dominant health care challenges, the latest technologies, and the highly skilled doctors that provide their services at their institution. This has prompted UCLA Health to start a multi-year program to build websites to address all the major ethnic populations in Los Angeles, building on its DEI promise of serving the underserved and providing accessible healthcare services to all.

UCLA Health made the smartest, most reliable decision when choosing Hylink as a guide for its inclusion initiative. UCLA Health’s DEI website resulted in a marked visitor increase: that is, 390,576 visits, 650,579 page views, and 460,247 sessions, with an average bounce rate of 22.02%. In 2021, their AAPI site addressed 25% of the entire Chinese American population in the US. This site has been in such sought-after demand that UCLA Health experienced a 100% increase in patient booking confirmations. UCLA Health has truly become a key player when it comes to diversity and equity in healthcare. 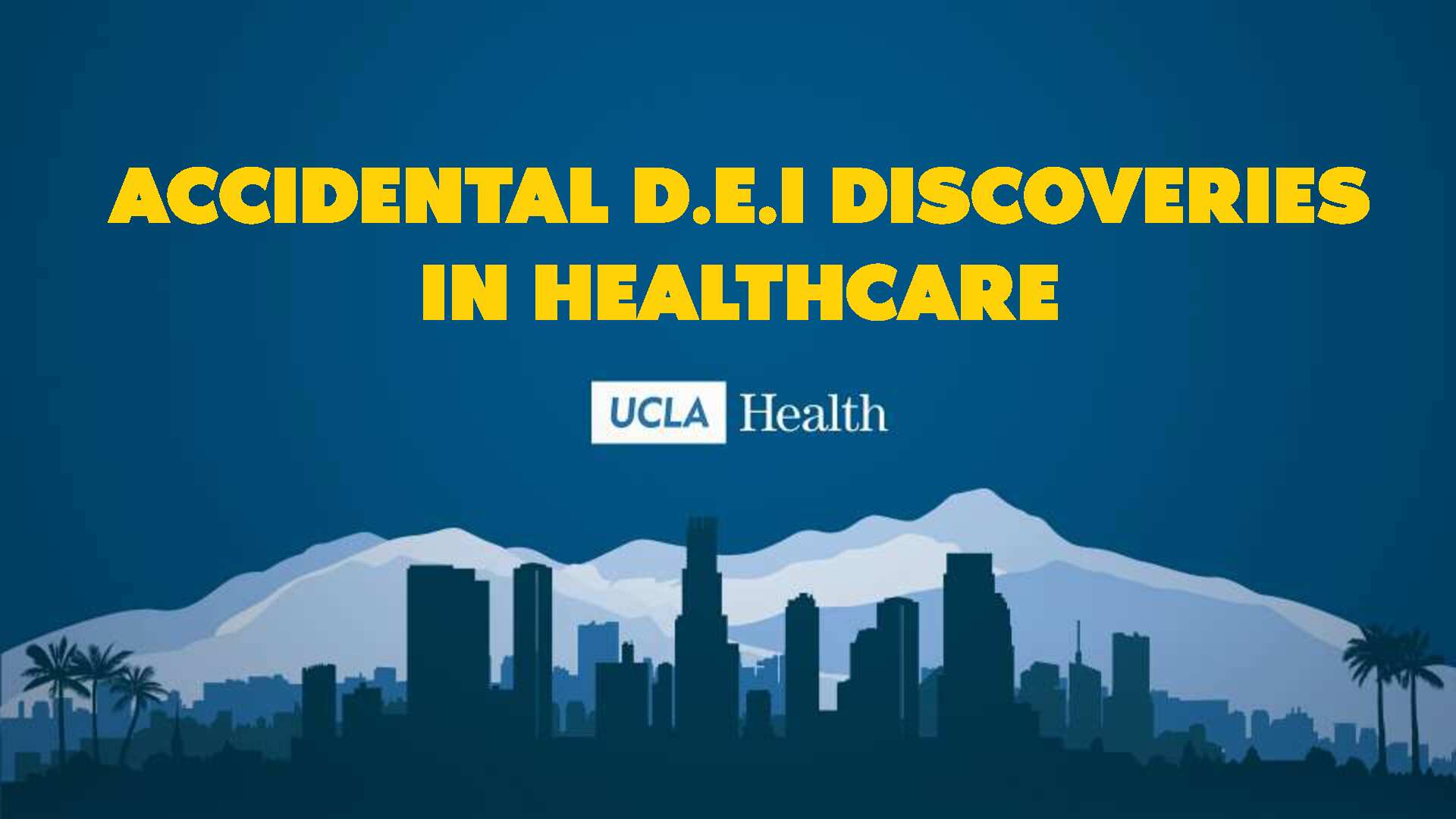 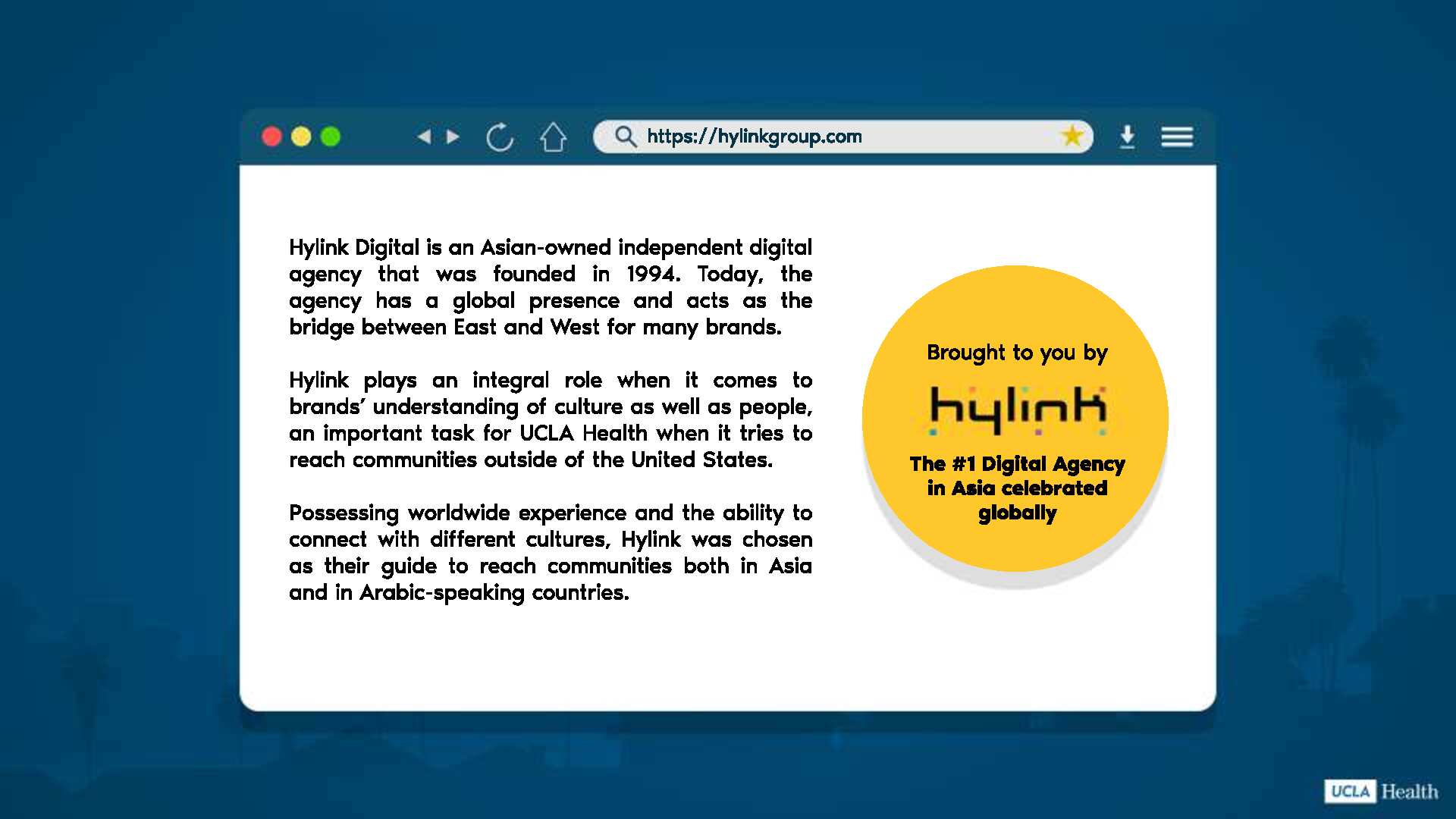 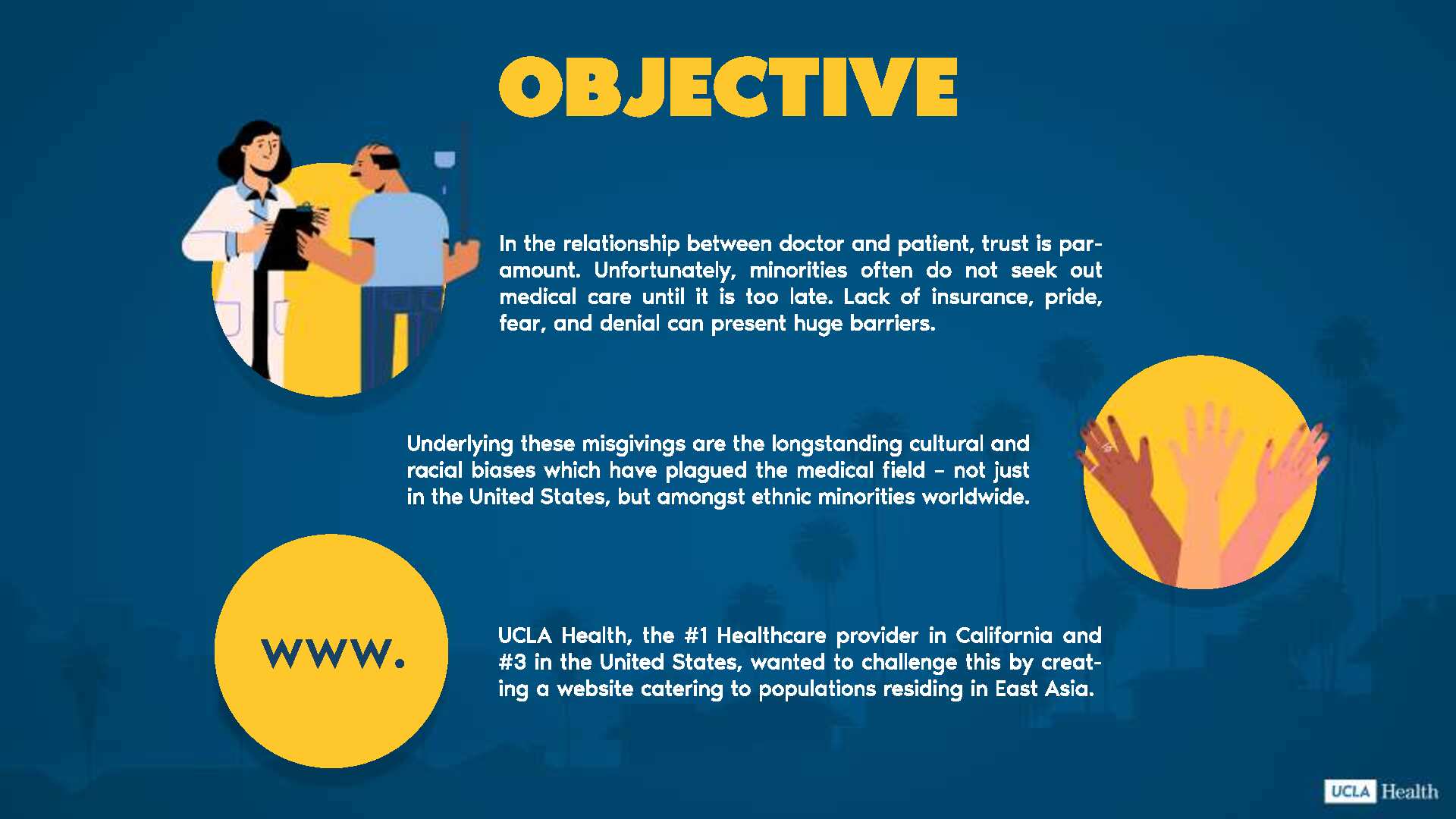 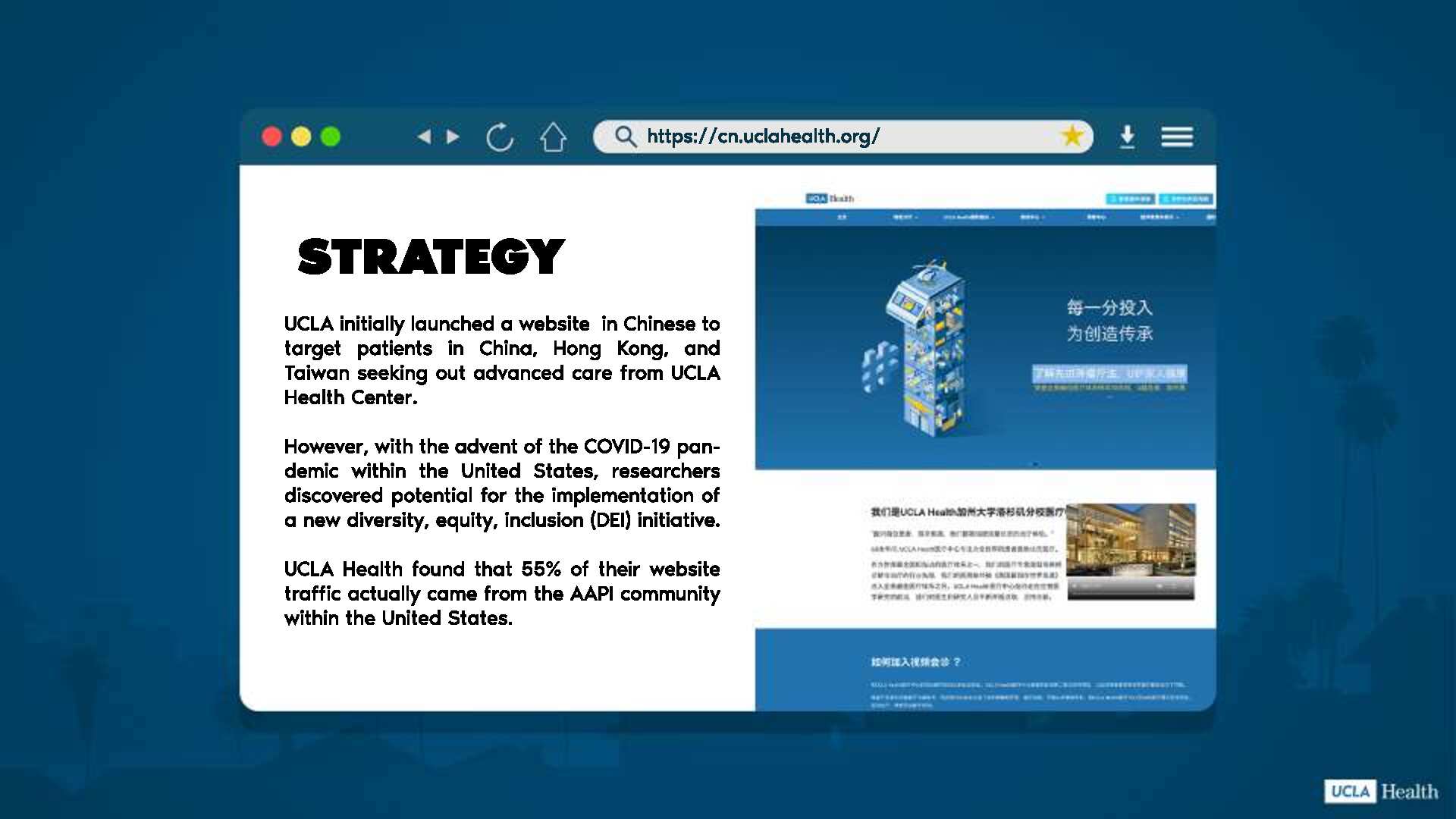 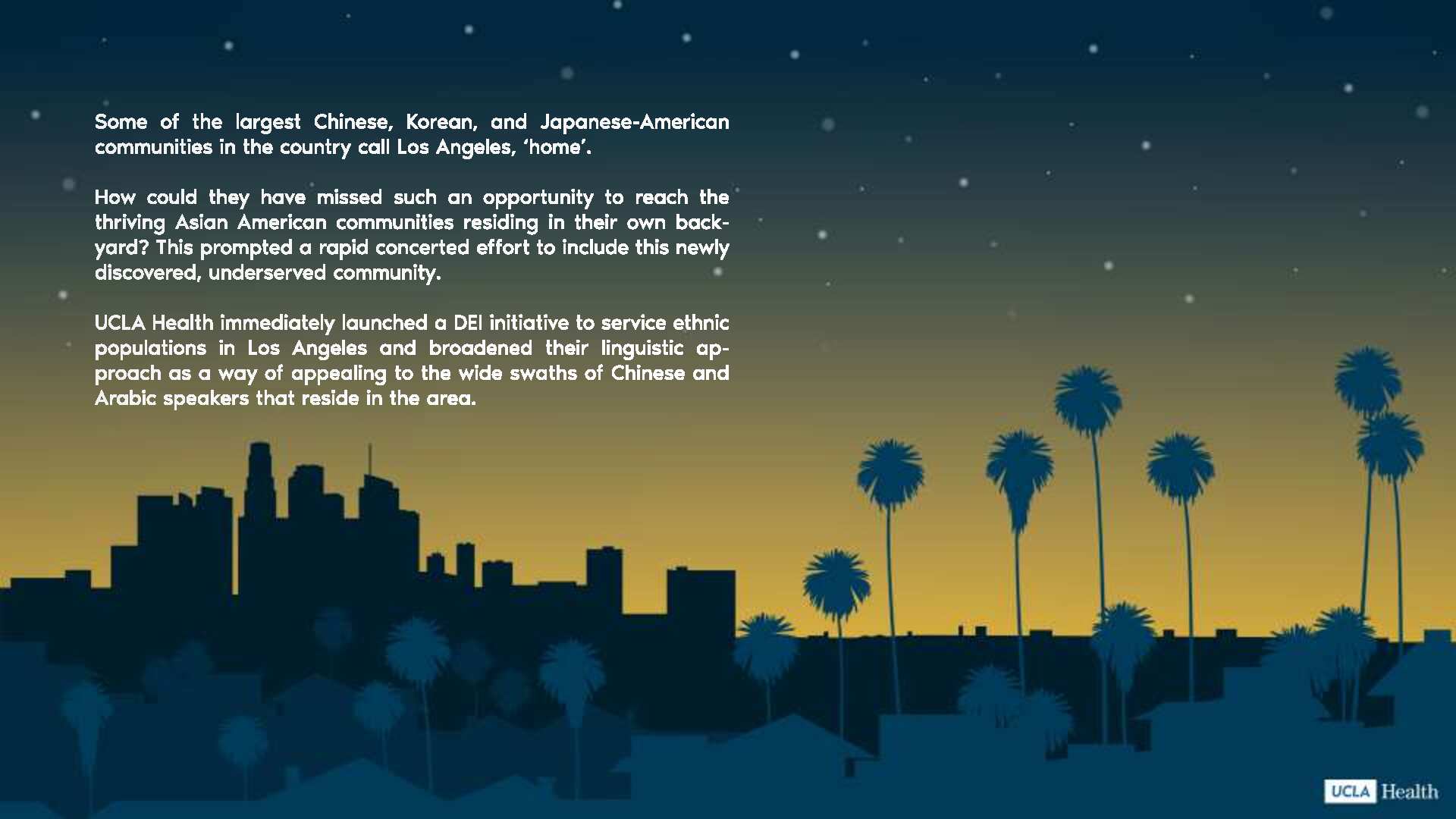 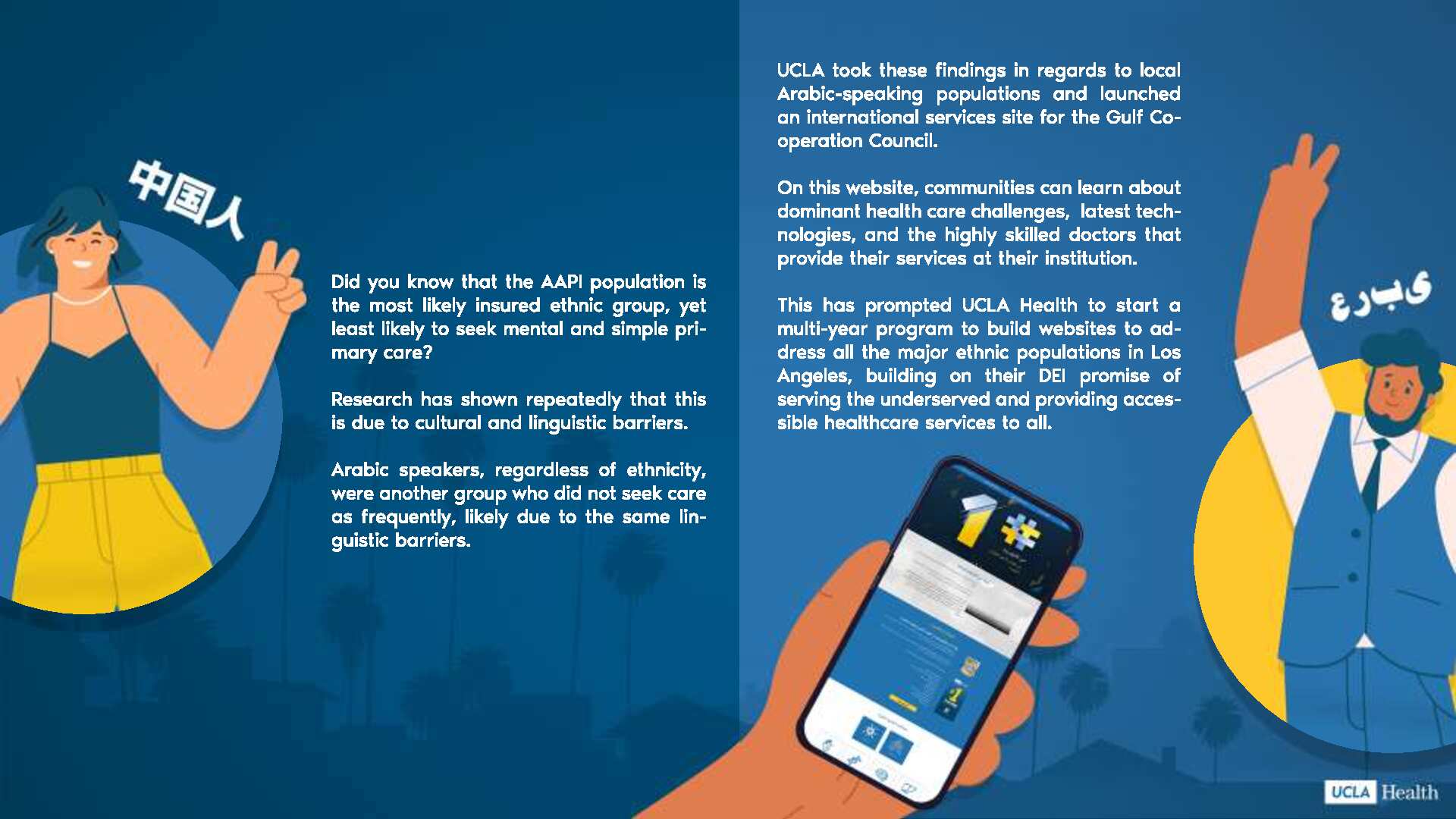 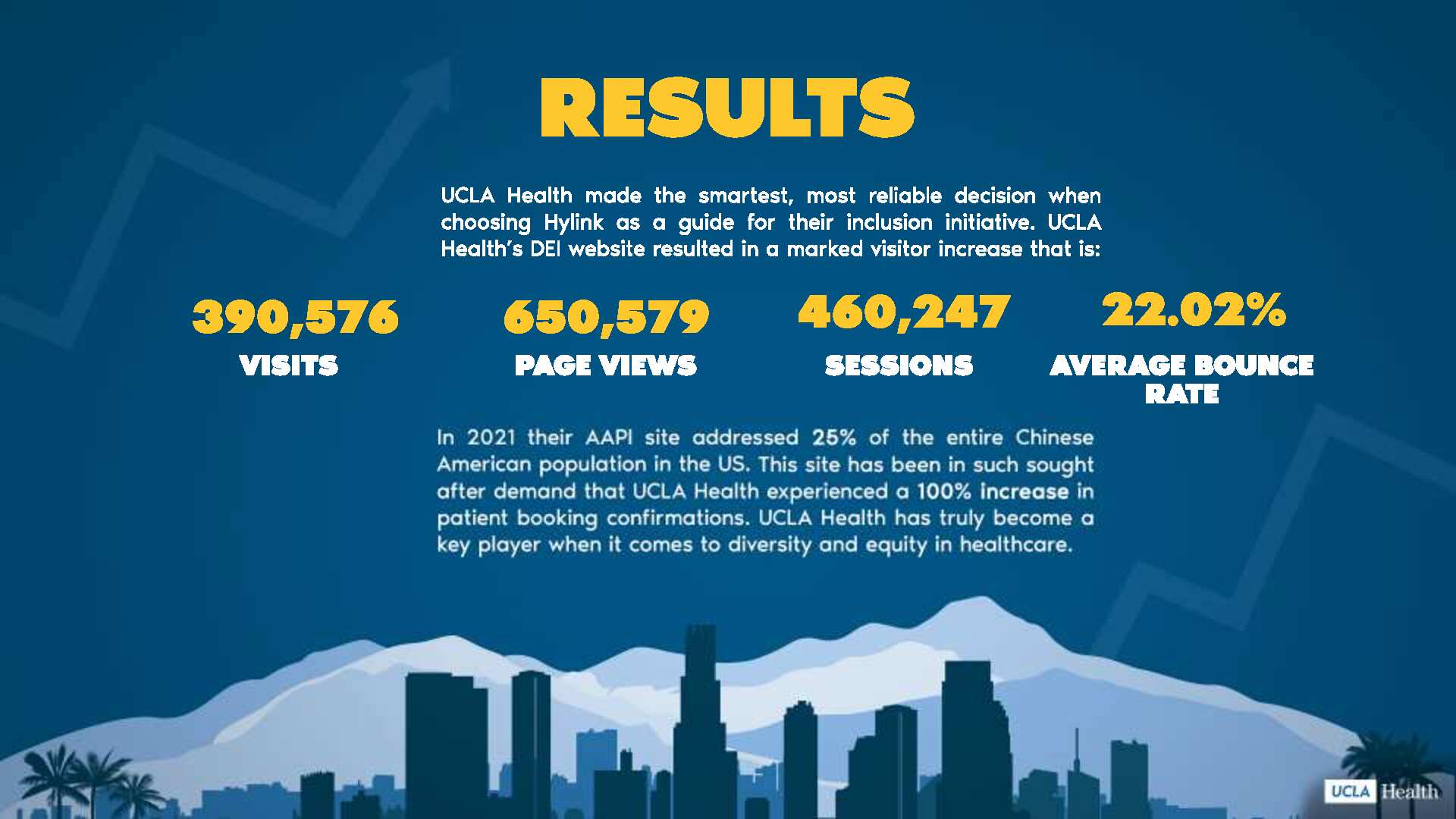