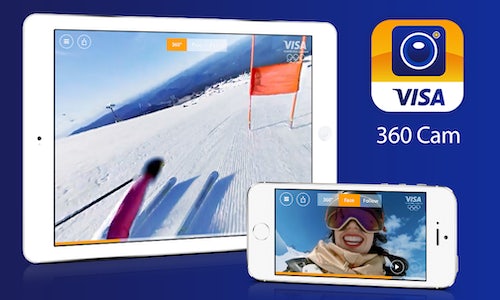 We’ve all had Olympic Dreams at some point — competing for glory of our nation and the gold medal. Most of us stopped short at the Video Games version. But this year, Olympics fans can feel what its like to train for the Olympics with the Visa 360 Cam. It’s a mobile app that allows users to explore a 360-degree first person perspective of Olympic training using their mobile device.A marriage of photography, standard video, interactive 360 technology, and gyroscopic navigation, the Visa 360 Cam is a groundbreaking example of multiple creative disciplines aligning to execute a singular vision. The Visa 360 Cam uses interactive, 360-degree video rendered to create a panoramic first person perspective on Olympic training. By tilting and moving your mobile device (or swiping the screen) Olympic fans can move the perspective a full 360 degrees. Look up, down, behind and to the side — you’ll see what the athlete sees, and hear what goes through their mind as they train. And by toggling between the 360, face and follow cams, fans can access unique perspectives on Olympic athlete training. The app tapped into the hearts of Olympics fans all around the world, putting them “in their shoes" and closer to the athletes like never before. And they stepped up — as of 2/12/14, just a few days after the Opening ceremonies, the Visa 360 Cam has become a featured app in the iTunes store with over 100,000 downloads worldwide (and growing). 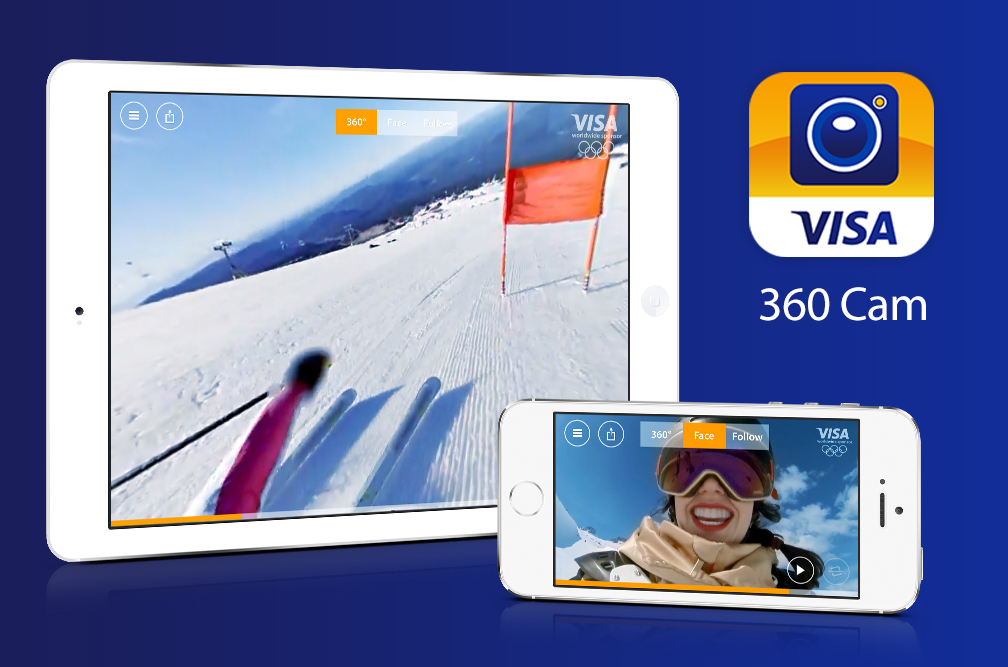