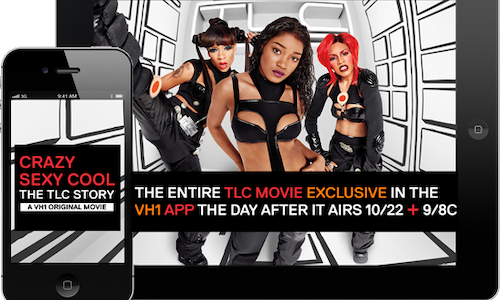 The free VH1 app launched October 17, 2013 for iPhone and iPad, and is a three-in-one video, new form content and co-viewing app. The app is yet another content platform that allows VH1’s super passionate fans the opportunity to enjoy on-demand viewing of current and retro hits, connect directly with their favorite stars and other fans and discover new form content that’s endemic to web, mobile and social. Fans get unmatched access to a library of current episodes and full seasons of hits including “Love & Hip Hop," “Basketball Wives," “Mob Wives" and “Black Ink Crew," as well as retro favorites including “Celebrity Rehab," and “Fantasia For Real" via TV Everywhere as part of subscriber’s TV service package with any of 10 distributors. All users get access exclusive original content that extends the narrative of the show, including after shows, cast interviews and original webisodes. The VH1 app also marked the debut of VH1 Snack, an unapologetically bite-sized pop culture-infused connected content lab focused on new-form video content and new approaches to development and production. At launch, original new form content included the below with more planned: • I’m on the List: Who's really "Behind the Music"? VH1 Snack's new animation series recounts the backstage antics of your favorite musicians as told by the women who knew them best. • Super Hand Models: Watch out! The claws will come out at the Dona Mano Hand Modeling Agency. Glamour, Intrigue and French Tips form the backdrop for this delicious short-form soap. And by the way, it's all acted out on miniature sets, by actual hands. • Rock Stories: Matt Pinfield has been living, breathing and interviewing musicians since the ‘80s and he has the stories to prove it. This is Matt’s oral history of sex, drugs and rock n roll. Finally, the VH1 app offers a new co-viewing “Connect" experience that filters the best tweets from Twitter and allows fans to discuss their favorite shows and characters in real time with other fans or with the show’s cast on the app or via Facebook. The app features new functionality that provides a contextualized overlay to the live viewing experience, including sharing behind-the-scenes stories and facts about the shows, characters and storylines, including synced content polls, quizzes, factoids, videos, photos and audio. VH1 connects viewers to the music, artists and pop culture that matter to them most across platforms. The VH1 team worked tirelessly to develop an application that speaks to its fans incredibly social audience and provides them with valuable content, information and experiences. The new VH1 app offers an immersive and interactive experience that allows fans to discuss and share their favorite Vh1 shows and stars, while providing a TV-related overlay that enhances what is being seen live on television. At launch, VH1 did something truly unique by offering its highly anticipated biopic, “CrazySexyCool: The TLC Story" exclusively available in the app following its televised premiere and encore on October 21 at 9pm ET/PT. VH1 also offered its fans unmatched access to a library of current and archived full episodes, new form content via VH1 Snack and the social, co-viewing “Connect" experience. From the VH1 app’s October 17th launch to-date, the app has already received nearly 250,000 downloads, nearly 3 million video streams and over 15,000 authenticated users. Trends in popular content have already been discovered, for example, with Love & Hip Hop episode 401 receiving over 200,000 streams in the first 7 days available. Users are spending over 22 minutes in the app experience per visit and VH1 also continues to grow the amount of exclusive content offerings it delivers in-app. This has been the most successful app launch for VH1 to-date. 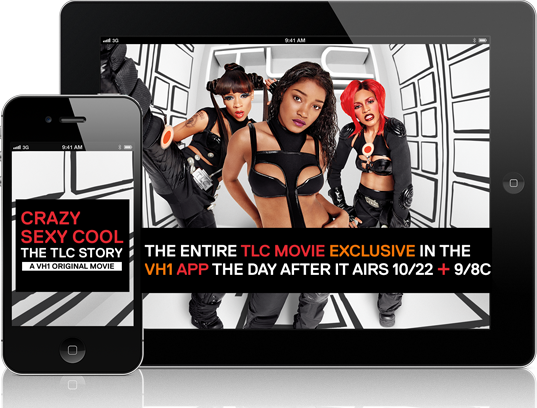