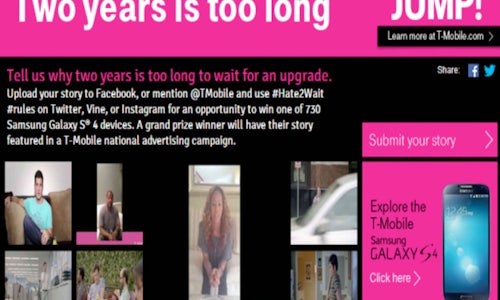 In Q3 2013, T-Mobile launched JUMP!, shaking up the wireless industry by allowing people to upgrade their phones when they want, not when they are told. Social listening was used at the beginning of the campaign to tap into consumer pain points around not being able to upgrade their phones, leading to creative storylines featured in the broadcast executions, with the branded hashtag #Hate2Wait To capitalize on the consumer truths and help create a movement, we asked people to share their #hate2wait stories via Facebook, Twitter, Vine and Instagram for a chance to win one of 730 new Samsung GS4 phones. Stories were aggregated into an interactive hub on T-mobile’s FB page The campaign was promoted via T-Mobile’s social channels. Paid digital media was leveraged during the submission portion of the program. Pop culture Influencers were leveraged share their reasons for JUMP-ing to T-Mobile and to spread the word with their social communities. JUMP is one of T-Mobile’s most successful launches to date, and the social campaign over delivered across all goals including: - Over 40K UGC submissions - 260% increase in channel growth - 193% increase in campaign impressions - 460% increase in influencer impressions - 133% increase in traffic driven to TMO.com - 133% increase in social mentions 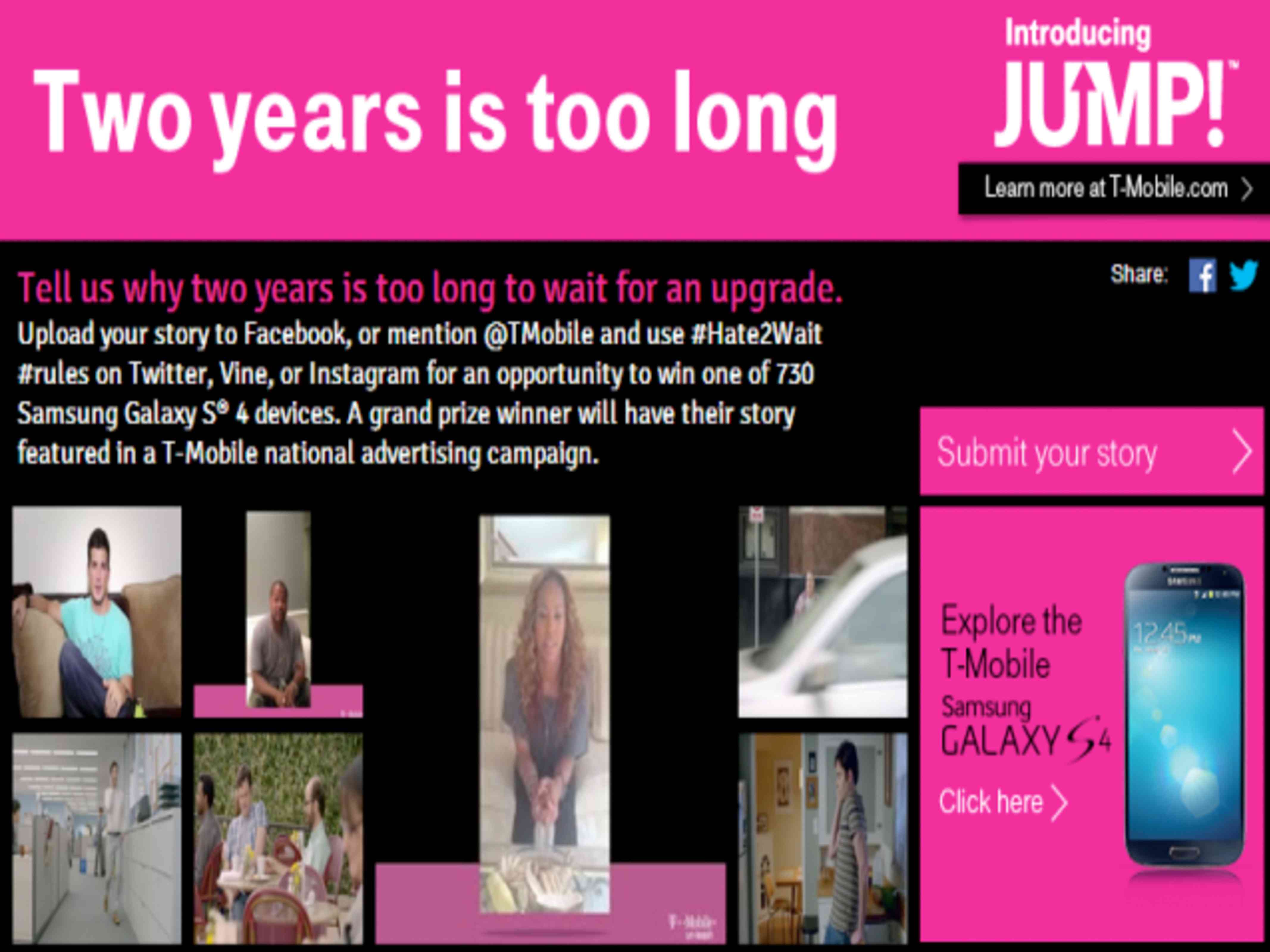