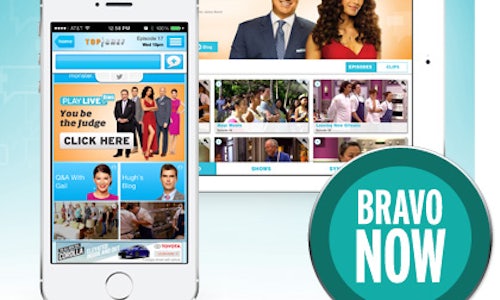 Bravo Now was the first of its kind creating a seven-day companion-viewing destination and has become the go to app for our passionate fans. Bravo continues to push the second screen and TVE platforms forward with thoughtful integration with existing social streams, rich layers of interaction and access to the content that aligns with the storylines of each episode. Bravo wanted to create a rich mobile destination for our passionate fans where they could catch up on their favorite shows accessing full episodes, creating playlists of bonus video, joining live or following up the day after with exclusive second screen content – for every show and every episode. Bravo is the only network to provide this level of companion content for all of its current on-air programming. Bravo Now brings our fans together with constant social interaction creating a truly seven-day viewing and interactive experience at their fingertips, anytime, anywhere. Whether fans are eagerly anticipating new episodes or looking to catch up on a show they’ve missed, they turn to Bravo Now to catch full episodes of their favorite series, anytime, anywhere. With the new addition of full episodes, Bravo Now’s video section marked its best year ever with nearly 800K monthly streams. Alongside full episodes, Bravo Now delivers live sync’d content such as exclusive commentary, fun facts, trivia, and quizzes where fans can weigh in and voice their opinion on the show’s storyline. A rich social offering connects fans with each other and the cast across Facebook, Twitter, and other social media outlets. By coupling full episodes with second screen live events, Bravo Now saw consumer app usage habits transform from hour-long appointment viewing into a seven-day interactive experience and connect with Bravo on an interactive and social level. 2013 marked Bravo Now’s best year ever making this app an important part of our cross platform strategy engaging fans from season to season on their favorite shows and creating a new seven-day interactive viewing habit. 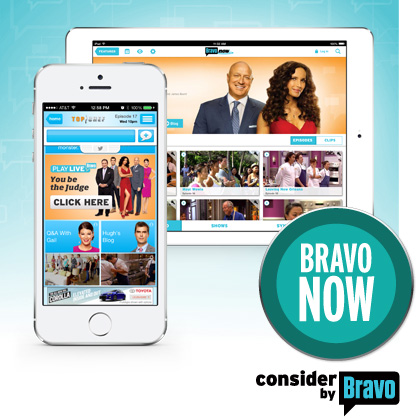