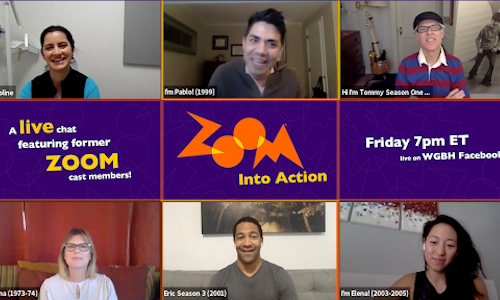 When the pandemic forced offices and schools across the country to shut their doors, GBH started to see @-mention after @-mention pop up in our social media account notifications. Everybody was Zoom’ing! Business executives, teachers, students, you name it. Not surprisingly, as multiple generations of Americans became more and more familiar with the remote video conferencing tool, nostalgic memories of the iconic PBS KIDS show of the same name became unavoidable. “Can you still do the Bernadette arm thing?” “Remember the zip code?” “Did you have a favorite Fannee Doolee?” GBH had no choice but to capitalize on all the positive and wholesome momentum swirling around our beloved ZOOM.

Over three weeks in April, the multi-platform campaign “ZOOM Into Action” centered around former cast members from the ‘70s and ‘90s versions of ZOOM re-creating easy-to-do, stay-at-home educational activities inspired by the show and re-connecting with fans in two live-streamed ZOOMchats originating, of course, from Zoom. Whether it was constructing a Rainstick out of a paper towel roll or making frozen pineapple pops or better understanding surface tension through a soap-powered index card boat in water, the on-demand activity videos were meant to encourage both parents and kids to ditch their screens and do something productive despite the restrictive nature of the pandemic. The live ZOOMchats offered an exclusive opportunity for fans of ZOOM to reunite with some of their favorite childhood TV stars in an interactive format that would allow them to share favorite memories and moments alongside fellow ZOOMers.

Because of ZOOM’s wide-ranging breadth of audience spanning multiple decades, generations and demographics, we wanted to ensure that our “Zoom Into Action” live and on-demand original content was as accessible as possible on as many platforms as possible. For our activity videos, we implemented a Monday-Thursday daily distribution cadence where VODs were posted to our official Facebook, YouTube, IGTV and Twitter channels. The former ZOOM cast members that were featured in the Week 1 activity videos were the ones who ultimately participated in the Week 1 ZOOMchat on Friday night. We followed the same cadence for Weeks 2 and 3. The ZOOMchats were distributed across our official Facebook, YouTube, Twitter and Twitch channels. Given the evergreen nature of “ZOOM Into Action,” we connected all video content to carefully-crafted series playlists on Facebook, YouTube and Instagram in an effort to increase the likelihood of discoverability for potential viewers in the ensuing weeks and months following the campaign.

Every ZOOM cast member who submitted an activity video worked closely with a GBH staff producer and editor to ensure that the final public-facing video products all had a relatively similar look and feel despite being created by contributors with varying technical skill sets from different locations across the country. Much like both versions of the show, we wanted the content to have a ZOOMer-driven authenticity and to avoid the appearance of being overly-produced. To that end, graphics, overlay text, sound effects, etc. were all used in a limited capacity in the post-production editing process. After going through each component of the activity step-by-step, the former ZOOMer delivered an in-video call-to-action prompt that encouraged viewers of all ages to make their own version of the Rainstick, Dreamcatcher, T-Shirt Tote Bag, etc. at home and tag us on social media with a picture or video of the completed creation using the #ZOOMIntoAction hashtag.

We took an all-hands-on-deck approach for the two live ZOOMchats. No fewer than half-a-dozen GBH staff producers worked behind-the-scenes (primarily communicating in a text chat on Slack) to make sure that host Pablo Velez Jr., a former ZOOMer and current GBH employee all these years later, was constantly being fed viewers Q’s and comments, topics of interest, show facts and information, etc. in real time. We designated a predetermined “platform of focus” to each producer so that it would be impossible to miss a single Q or comment from any viewer that was tuning in. Ultimately, the ZOOMchats were just as much intended for the fans as they were for the former ZOOMers. We wanted them to be able to connect directly with Pablo, Bernadette, Kaleigh and the gang no matter how or where they were streaming the discussion. After each live ZOOMchat wrapped up, we selected some of the more compelling moments and repurposed them as short-form social video clips linking back to the live streams (i.e. Bernadette reminiscing about running into Julia Child in-studio at GBH!)

Specific to just the two live ZOOMchats, GBH was able to reach more than 49,000 social media users and generate over 33,000 video views and 8,000 engagements. That engagement number includes more than 600 comments on the first ZOOMchat on Facebook alone and more than 500 comments on the second ZOOMchat. Below are just a few examples of the heartwarming interactions we received from viewers who tuned in live during the ZOOMchats and are a great reflection of being able to impactfully connect with diehard ZOOM fans in a fun, creative and new way.

John Gibbons: “When ZOOMers left the show, it was like having a friend in the neighborhood move away. It's been great to catch up.”

Courtney J Martin: “I felt like Caroline was my best friend as a kid. I didn’t have many friends then, but you gave me confidence to be myself.”

Tyler Greene: “I think it was a big help for those of us that were kids during 9/11, having that support from "friends" we could have in our living rooms.”

Adrienne Asher: “Zoom was such a big part of my childhood growing up in the 70s . I have such positive and fond memories of Zoom and the Zoomers, which makes this live chat so very special.”

Video for ZOOM Into Action 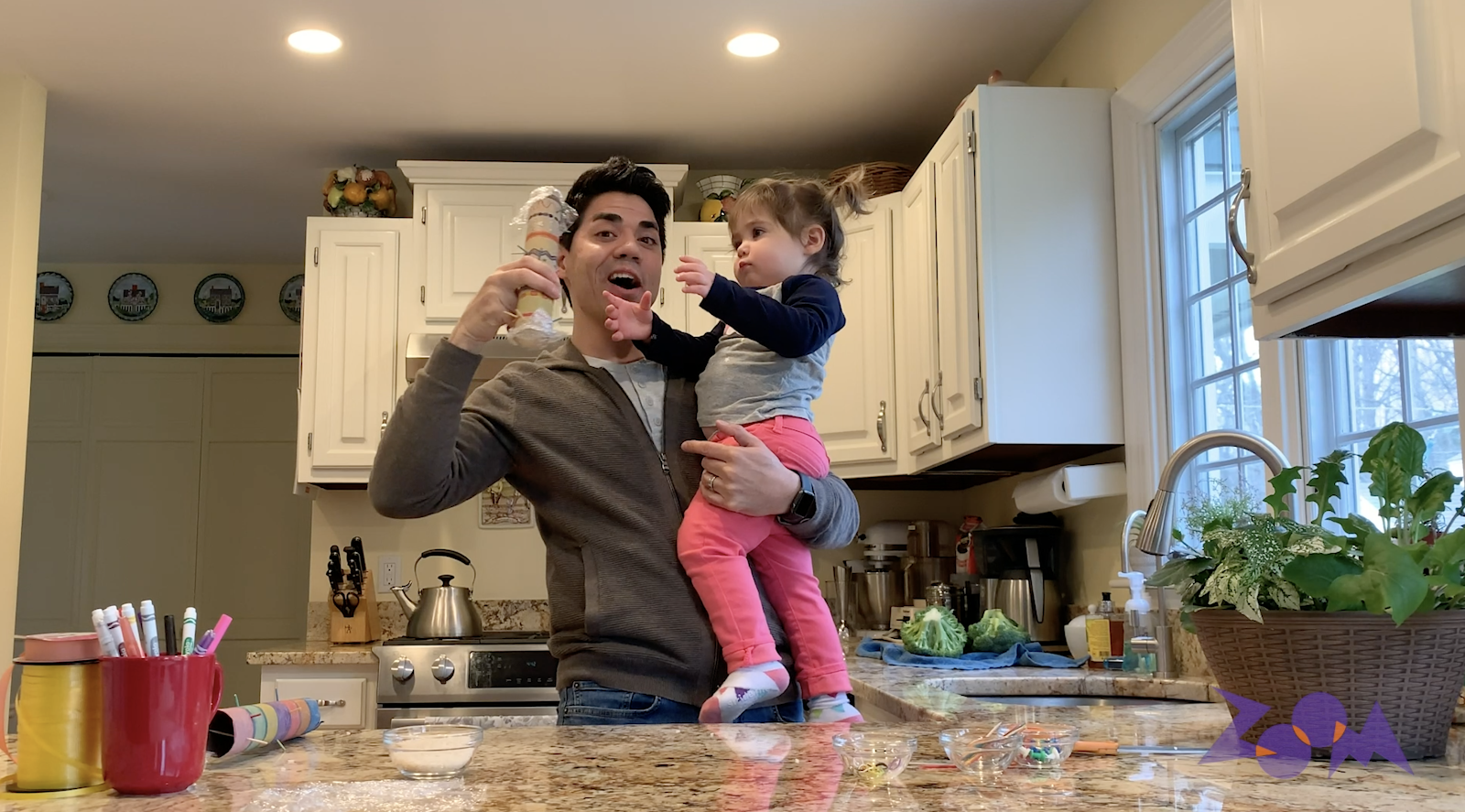 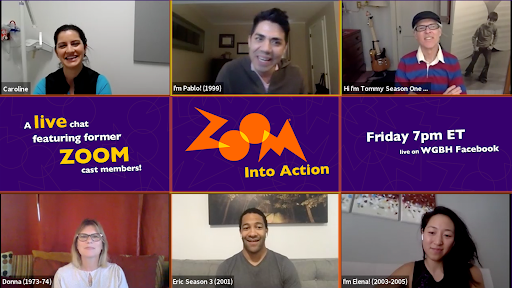