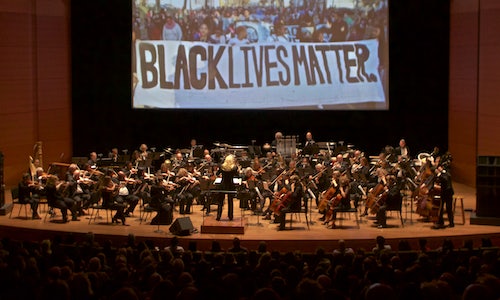 Women Warriors: The Voices of Change Premiere at Lincoln Center

Since 2017, conductor Amy Andersson has drawn age-diverse audiences back to traditional concert halls through musical experiences that celebrate humanity and connect us to social issues. She founded Orchestra Moderne NYC and their debut concert, The Journey to America: From Repression to Freedom, which celebrated immigration, received critical acclaim. She was inspired to produce the 80-minute “DocuSymphony” Women Warriors: The Voices of Change after reading about civil rights activist Fannie Lou Hamer who was viciously beaten by police when she tried to register to vote in Mississippi in 1962. Amy obsessively researched the lives of strong women from the past 800 years, uncovering activists of uncommon strength, courage and valor, whose fearlessness changed the course of worldwide history. These women advocated for the rights of girls to be educated, for the abolition of slavery, and for the civil and human rights of minorities. Although many of their voices have been forgotten or left out of history books, she became inspired by their stories and vowed to never forget them. Women Warriors showcased an original documentary covering 800 years of feminist history and the development of women's civil and human rights in 80 minutes. It premiered on September 20, 2019 at Alice Tully Hall in Lincoln Center, New York City.

Amy ensured the live symphonic music for all chapters was written by ten female songwriters/composers. Female composers make up 3% of all composers in media in the U.S. and worked on just 1.4% of the 100 top-grossing films in 12 years.

Amy was ahead of the curve as her Women Warriors concert has many parallels to the major social issues of 2020: civil rights, voting rights, climate change, human trafficking, women’s rights in Iran, child marriage, the AIDS/HIV crisis and LGBTQ rights. The concert featured 19 pieces, paying homage to the 19th amendment that enabled some women, but not all, the right to vote in 1920. In 80 minutes, the film honors the strength and heroism of over sixty-five women, including Fannie Lou Hamer, Rosa Parks, Nadia Murad, Malala Yousafzai and many others who risked their lives for the freedom of speech, social justice and equality. Each image or clip throughout the documentary included captions, so that the audience received an education on what they were viewing while listening to a 63-member symphony orchestra perform. Amy was able to secure one of the most sought-after venues in America for the concert. It premiered on September 20, 2019 at Alice Tully Hall in Lincoln Center, New York City. Tickets started at $40, a very accessible price point. Attendees received an inspiring history lesson that drew tears, and invoked hope for the future. An emotional trailer was created to drive interest. Pre-event press coverage included industry publications like BMI News and The Wrap and youthful radio station New 102.7FM.

Amy spent two years organizing the event by managing/hiring the composers and orchestra performers, fundraising, programming, advertising, producing and conducting. She sought out a racially, ethnically and age-diverse set of voices and performers:

Amy’s original documentary combined archival footage with creative commons still and moving images, which were then painstakingly edited frame by frame to sync with the music. Organized into twelve chapters, the first chapter entitled “The Long Road,” features the lineage of activists from the 13th century up through the civil rights movement. This set the foundation upon which the remaining eleven chapters were built, while educating the audience to recognize whose shoulders we stand upon. Subsequent chapters document the emergence of Second-wave feminism, the AIDS/HIV Crisis, LGBTQ rights, and then expands to include chapters that feature women from around the world confronting social justice issues. The result is a compelling feminist documentary that, combined with powerful music, is emotional, educational and riveting. This premiere was groundbreaking in that it presented current and urgent humanitarian issues to a symphony audience through an original multimedia format.

Video for Women Warriors: The Voices of Change Premiere at Lincoln Center 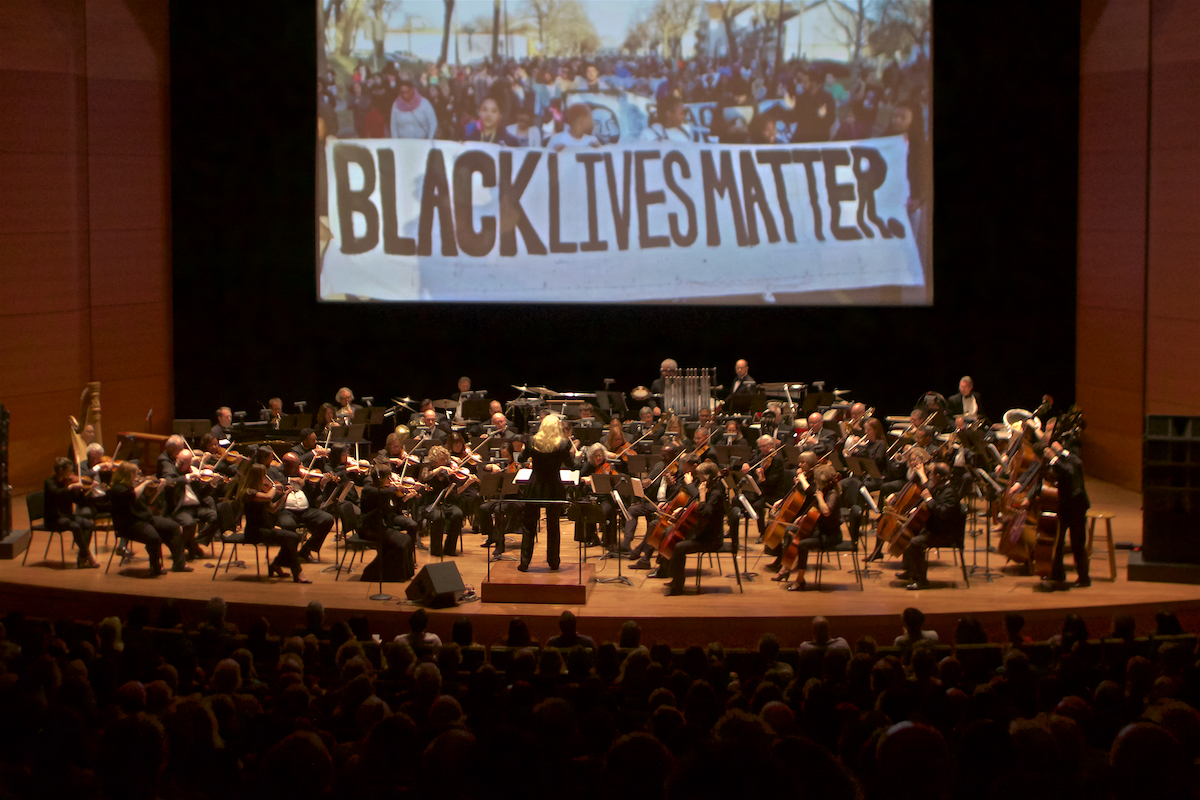 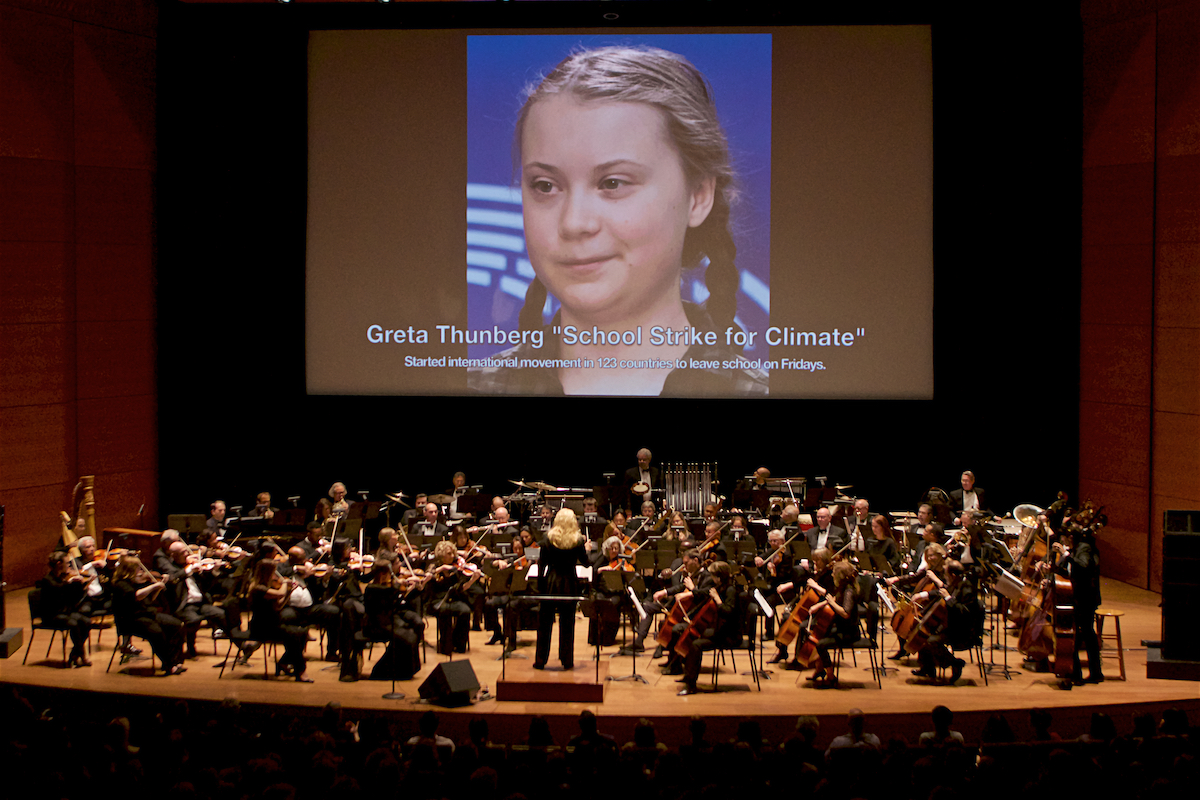 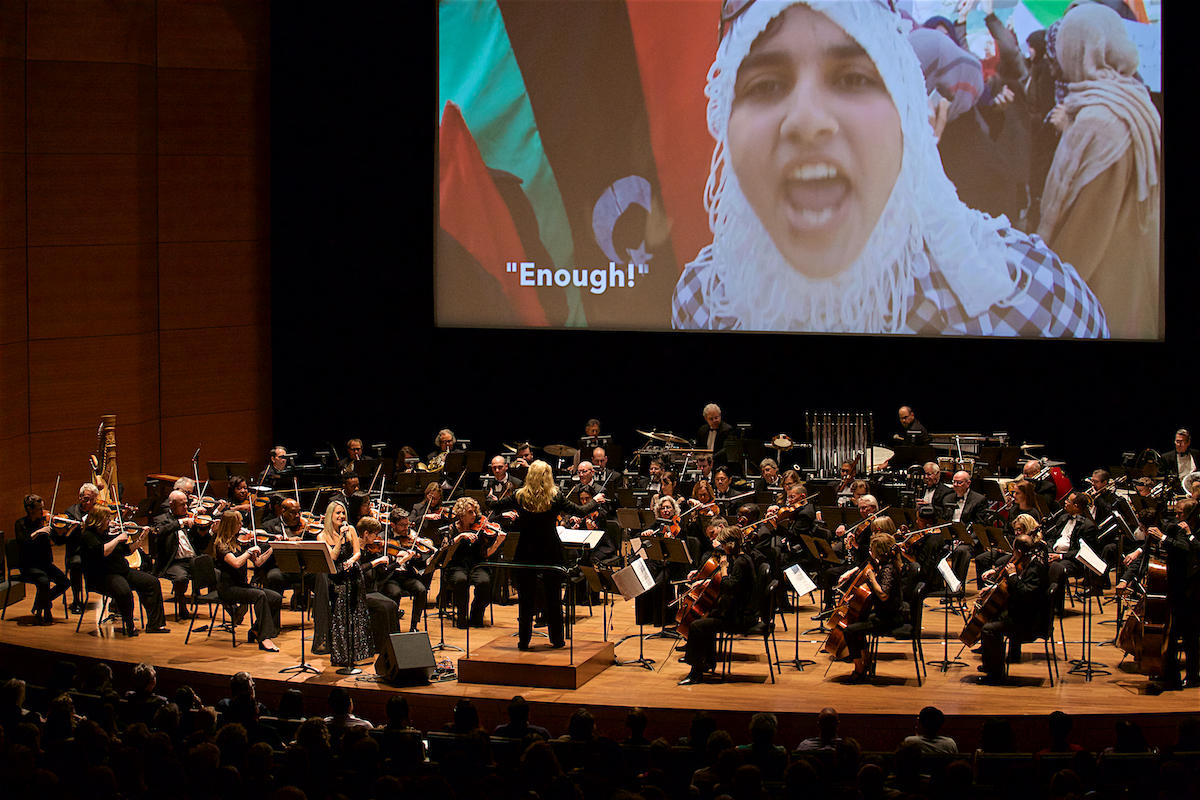 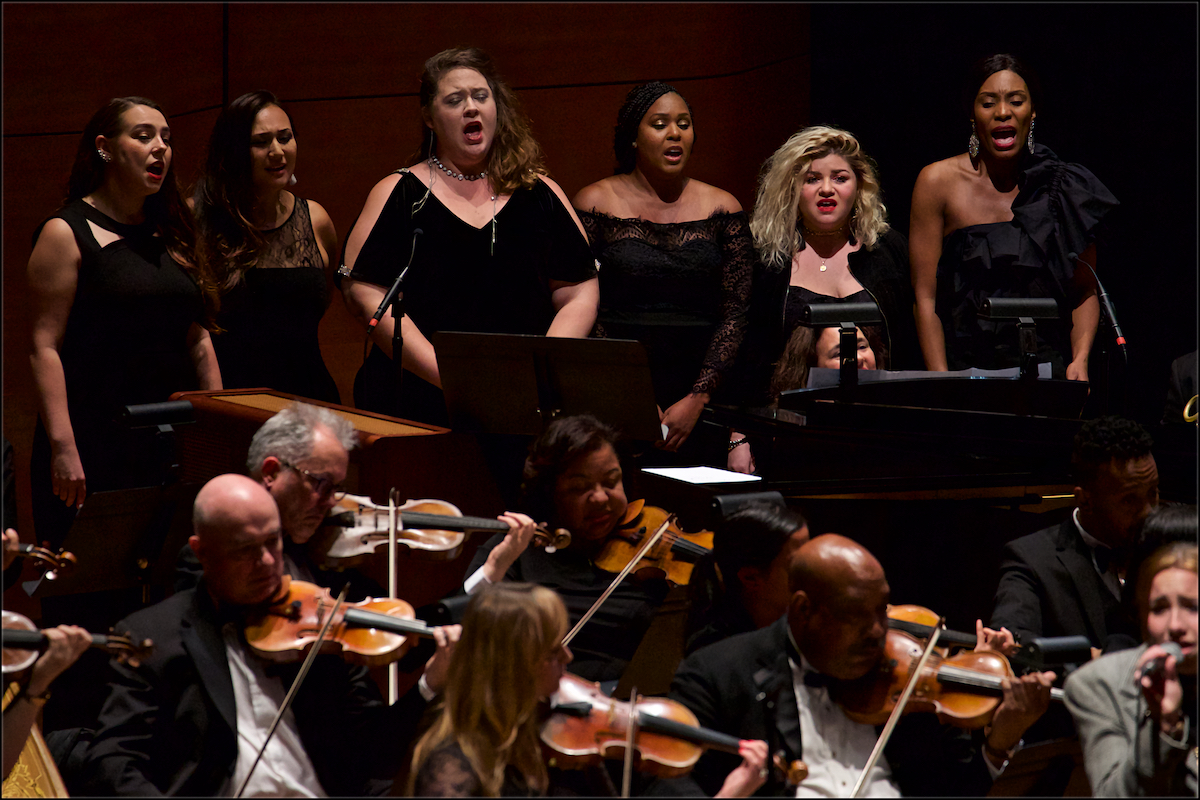 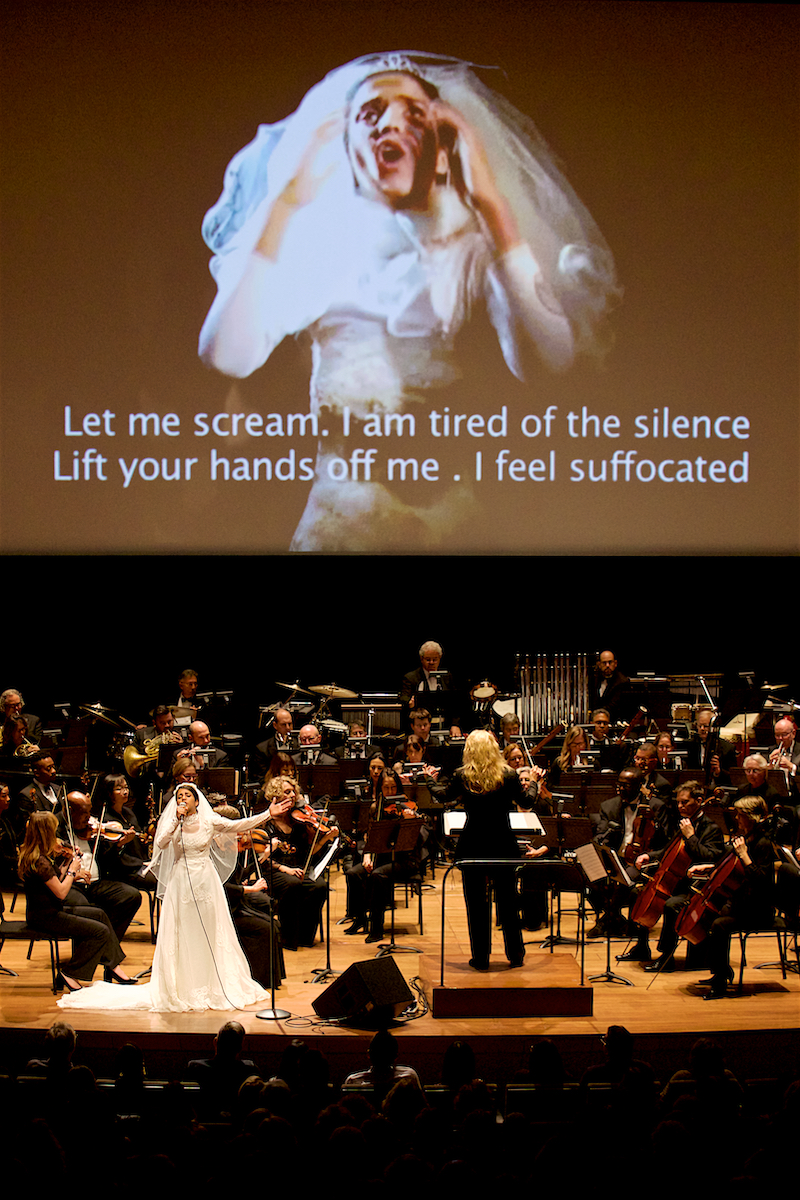 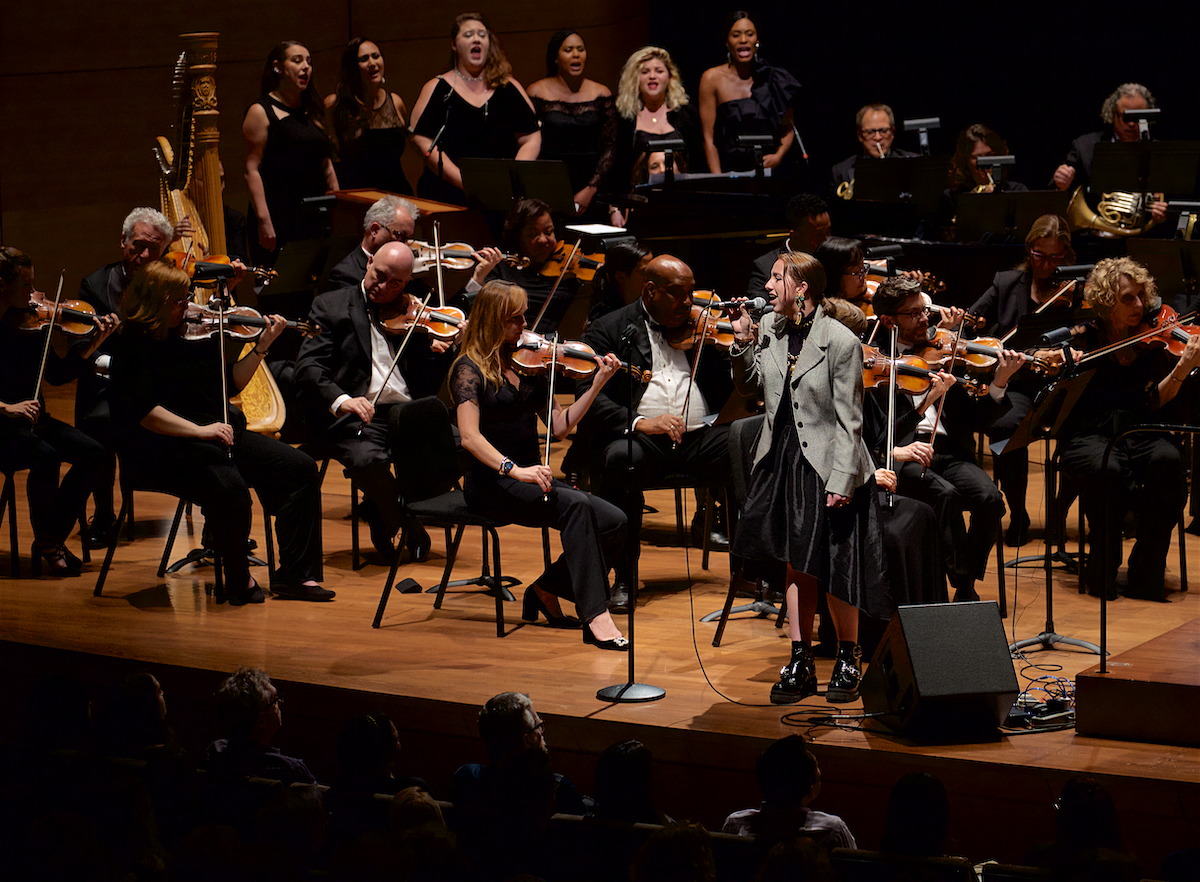 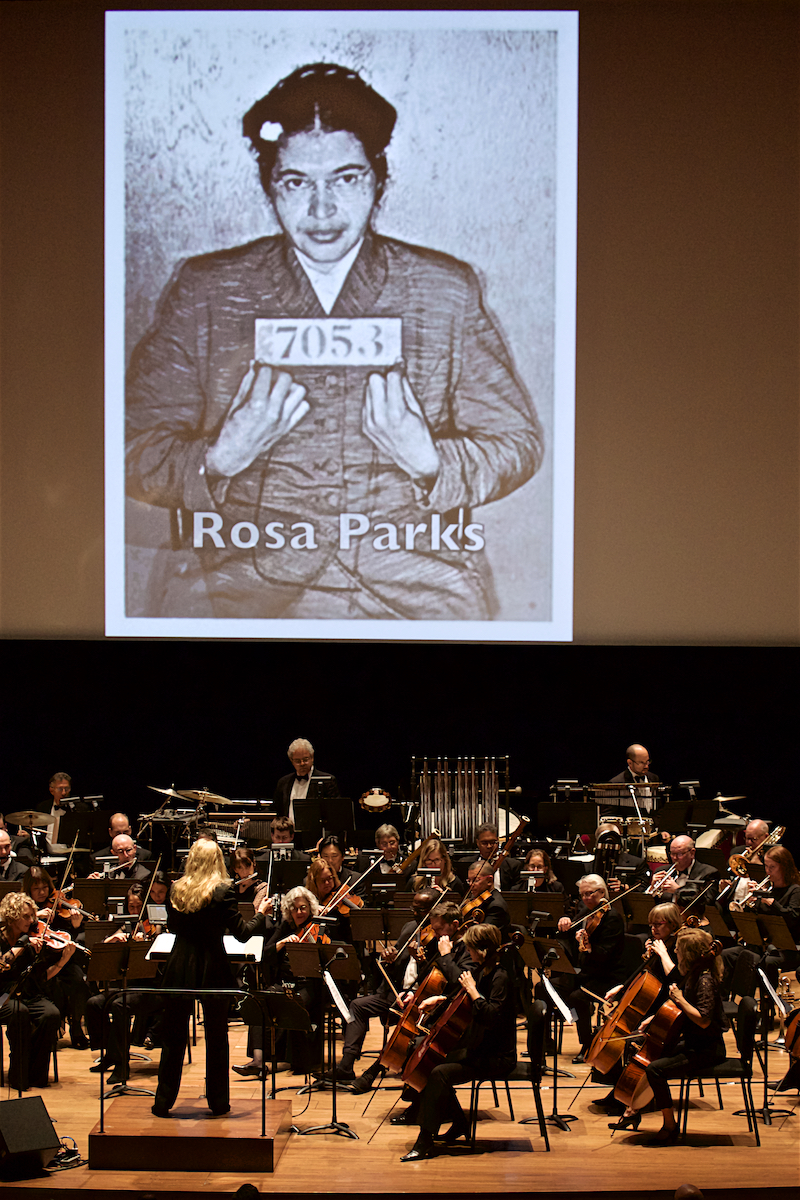 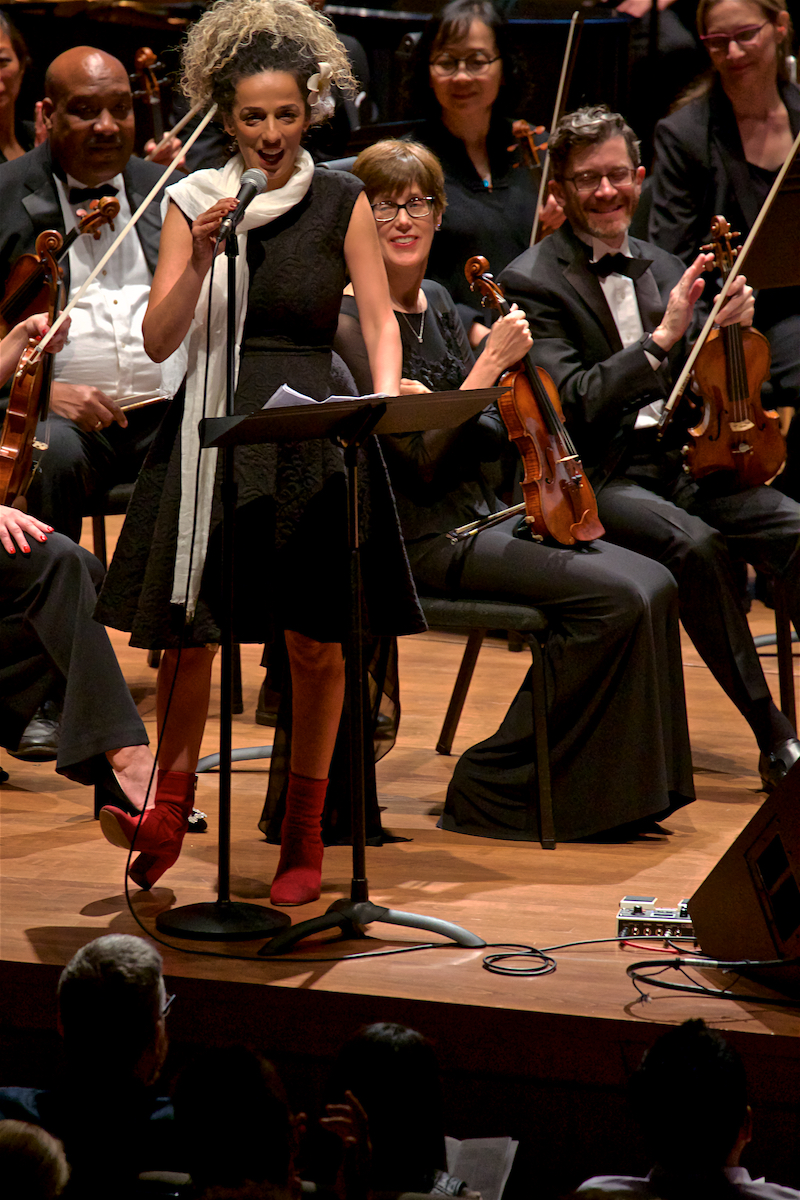 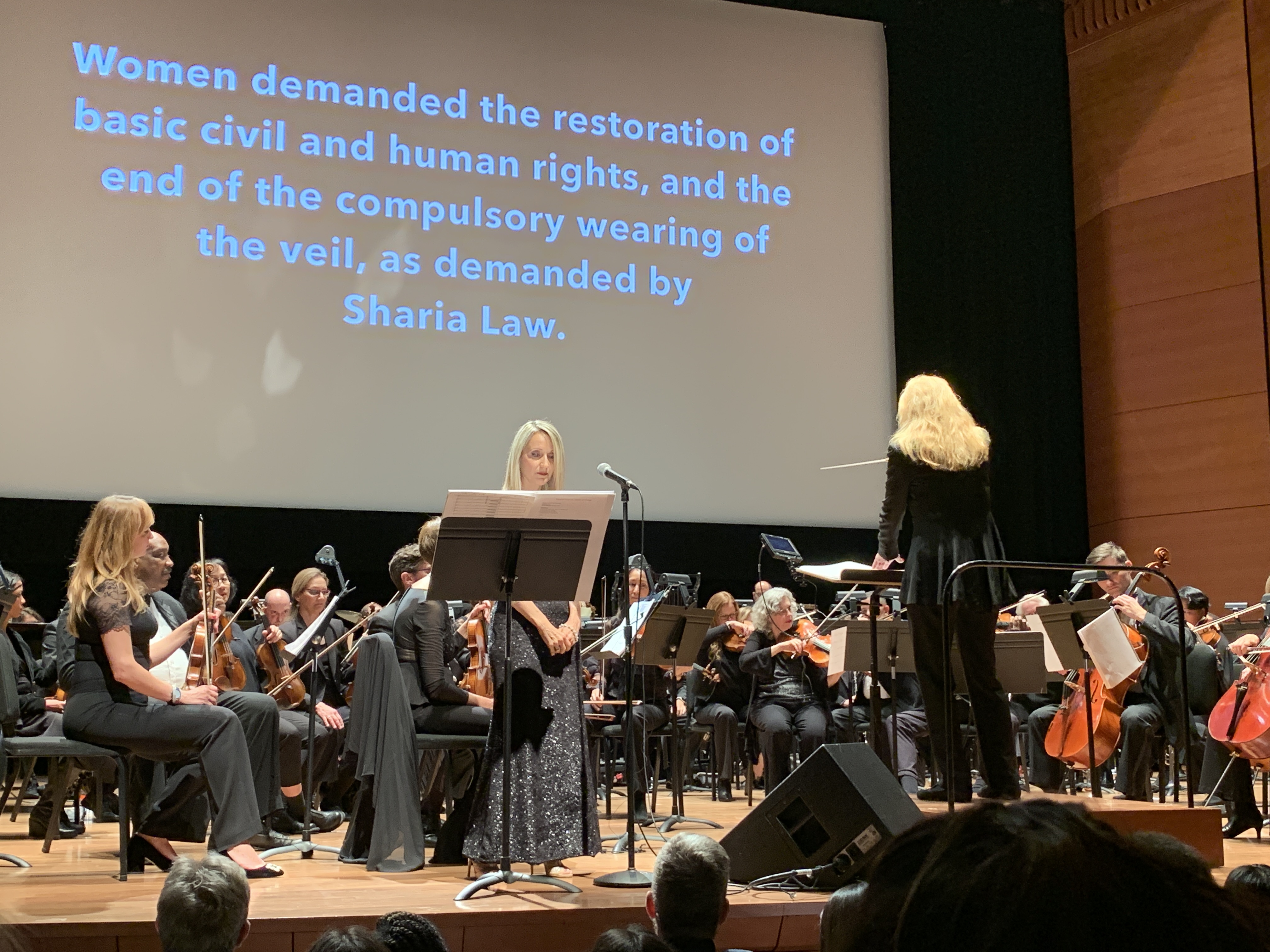 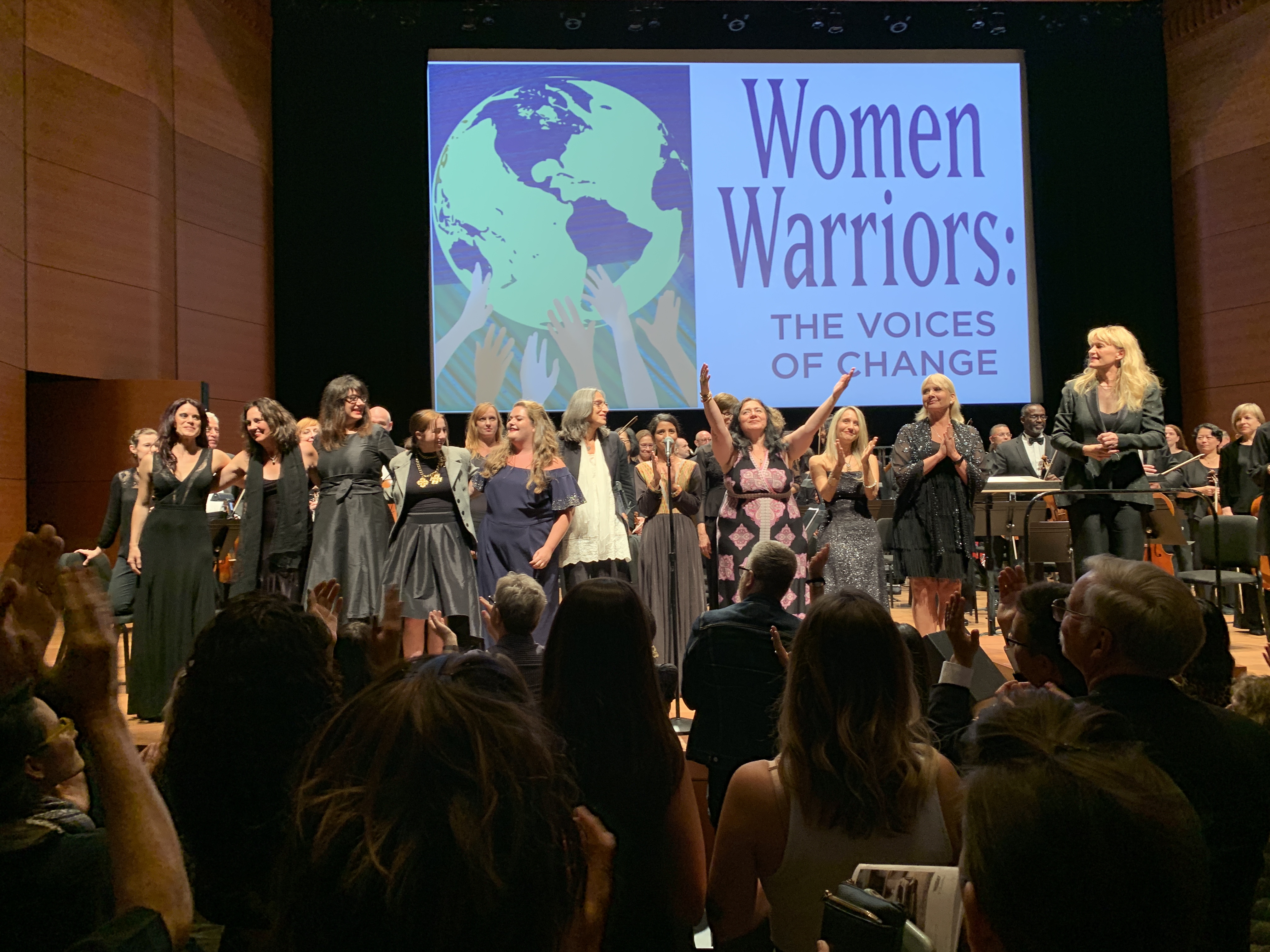