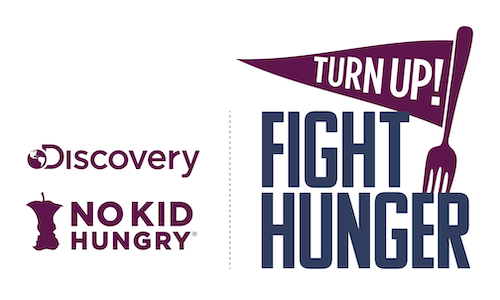 1 in 7 kids lived with hunger in America, pre-COVID-19. And since the devastating effects of COVID-19 hit our country, it is now 1 in 4.  At Discovery Inc., we find this statistic to be unimaginable, as it’s a completely hidden and solvable crisis.  We are proud to use the power of our brands and influential talent to drive lasting change. We created a movement empowering our viewers to solve childhood hunger in the U.S. with Turn Up! Fight Hunger, is our multi-year, multiplatform, social impact movement, in partnership with Share Our Strength's No Kid Hungry campaign. No Kid Hungry uses an easy to understand impact metric that resonates with donors and media consumers alike: for every one-dollar raised, No Kid Hungry is able to provide up to ten meals to children living with hunger. Turn Up! Fight Hunger educates, motivates and enables viewers to make a direct impact in solving childhood hunger- through targeted fundraising, strategic advocacy and volunteering opportunities.

Turn Up! Fight Hunger is a new movement that will help provide 1 Billion meals to kids living with hunger in the U.S. over the next five years. We work with our employees, consumers, talent, channel partners, and local community advocates to create an entire change movement, with an incredible goal and mission to speak for itself.

Turn Up! Fight Hunger is not just an awareness campaign, but a program to empower consumers to take action that will have direct impact through donations, advocacy, and activism. With the expanded reach of our portfolio through acquisition of Scripps Networks (e.g. HGTV, Food Network, etc.), our audience now reaches an unparalleled 25% of all U.S. women viewers. We want to harness this power for good. Some of our strategy highlights include:

In its first year, the Turn Up! Fight Hunger campaign has already been deemed a huge success by both Discovery and No Kid Hungry. Here are some of our highlights:

Through these methods, plus Discovery's direct contributions, we have already managed to provide over 522 MILLION meals to children living with hunger in only 10 months, halway to our total goal! If this is what year one looks like, we can't wait to see what the future brings.

Video for Turn Up! Fight Hunger 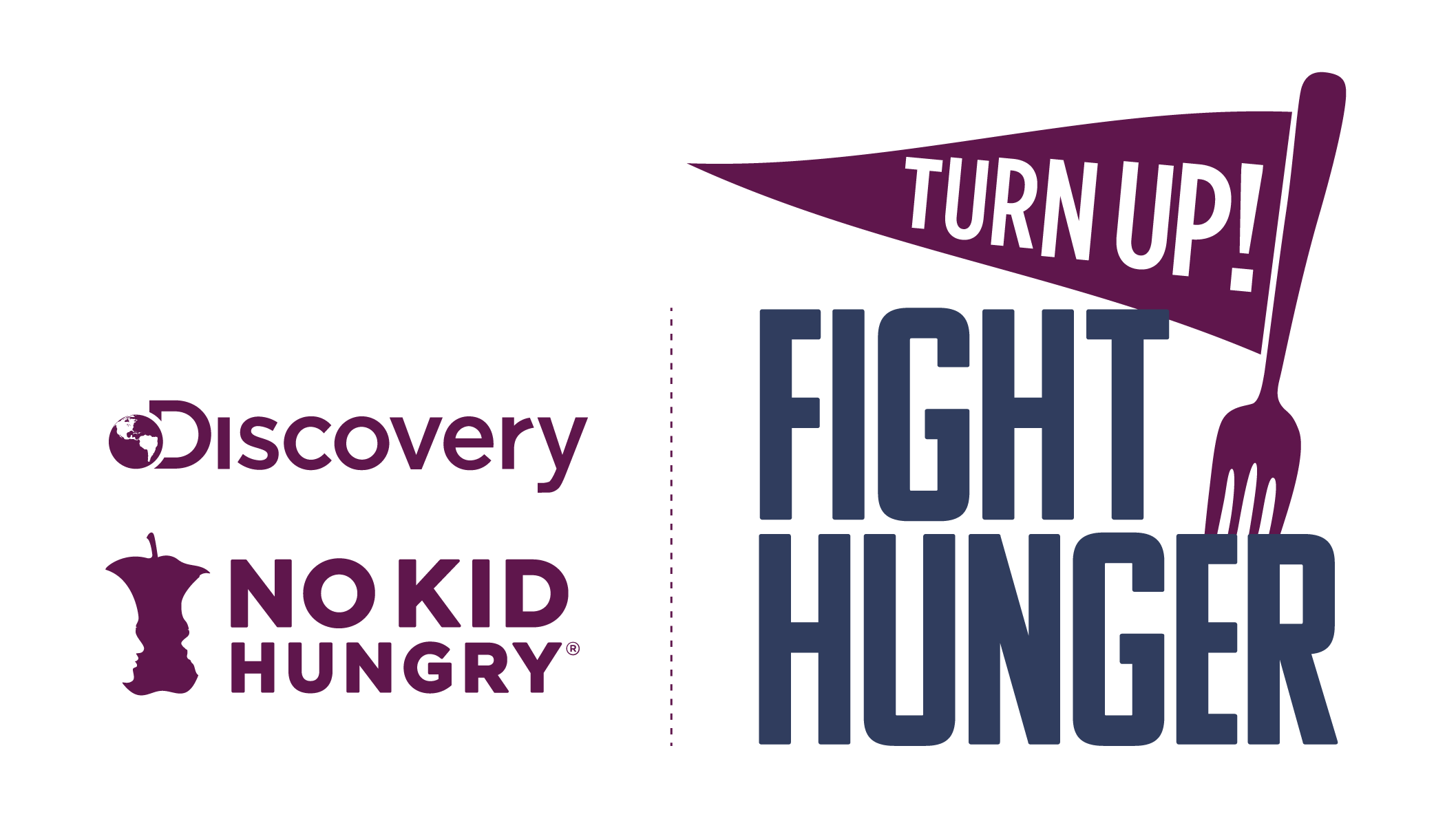