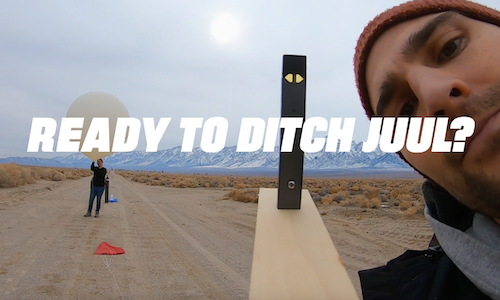 We are truth®. We’ve been fighting against youth smoking since 2001. But seemingly overnight, a new enemy took young people by storm: vaping.

With the public health community caught off guard by vaping, there were few resources to help young people quit. So we created our own text-to-quit program: This is Quitting (TiQ).

It quickly became clear that we could not treat the launch of TiQ like a tech brand might. You only needed to talk to a teenager to understand just how ubiquitous the JUUL had become in their world. As one young person we talked to said: “JUULing is inescapable. It’s almost easier to just take a hit then to try to explain why you’d say no.”

What this young person was signaling was what we in public health call “normalization.” Picking up vaping had become a massive social phenomenon. It was highly acceptable to vape. And quitting vaping, on the other hand, felt like it was something almost nobody did.

To successfully launch TiQ and meaningfully help young people stop a potential lifelong addiction dead in its tracks, we had two objectives:

We had to make would-be quitters feel like it was socially acceptable to quit. Otherwise, they might not take the plunge.

Ultimately, if quitting felt acceptable + popular, current vapers looking for a way out would sign up for our program.

Our formative research revealed two undeniable truths: 1. the act of quitting was a difficult and isolating experience and 2. Young people were painfully unaware of any of their peers who would themselves embark on the trial of quitting vaping. The net effect in their minds: fear of judgment for trying to buck the norm of the JUULing trend that “everyone was doing.”

At the intersection of these two truths lay our strategy: Make vapers feel like they’re not alone on their quitting journey. Aspiring quitters needed to feel like other young people were in it with them.

During campaign development, we noticed that young people were beginning to destroy their JUULs (the most popular vaping device among young people) publicly on social media. This nascent behavior was a spark of inspiration that led to our big idea.

Our creative leap was “Ditch Juul” –an idea to make saying goodbye to vaping feel like a massive, can't-miss party of JUUL destruction. “Ditch JUUL” was the perfect opportunity to fan the flames of the JUUL destruction on social media we identified amongst people –  and amplify it on a level that would give permission other young people to break their habits (and vapes) to join in on the fun without fear of being ostracized or judged in their social circles.

We implemented this idea through a robust comms ecosystem that brought the quitting party to life in the places young people care about and frequent the most: social media.

We kicked off the party where no public health brand had been before: TikTok. The platform lent itself perfectly, given that it’s often a place where young people experiment with and build off of others' creations and behaviors through challenges. These challenges are repeatable actions, skits and dances you can add your spin to, with the hopes of going viral from one’s bedroom.

So, we created our own #ThisIsQuitting Challenge that encouraged young people to destroy their JUULs in the most creative ways they could imagine – from blasting them with a super soaker to using magic tricks to make them “disappear” to crushing them with a jump on a skateboard.

Bring the party to the masses

We amplified this new way of quitting vaping with videos that showed off participation from young people all over the nation – highlighting the creative ways they destroyed their JUULs and making it feel like the quitting party was raging on.

Invite them into the quitting party

After capturing attention, we had to close the gap between intent to sign up and signing up. So we created an acquisition layer to the campaign, focusing on features to drive sign up. We pushed TIQ as a discrete, always-on resource to help them follow through on quitting, and to receiving tips and motivation from people like them. Also, to make it appear as a popular tool among their peers, we flaunted our 150K+ user base who were looking to quit, just like them.

Ditch JUUL successfully normalized the act of quitting, shifting young people’s perceptions and causing them to sign up to quit vaping for good.

Our campaign got noticed in youth culture, helping prove to young people that quitting is popular and socially acceptable.

After seeing our campaign…

Ditch JUUL drove a surge in signups for This is Quitting. Between January 6th and July 31, there were 289,281 leads in the truth digital ecosystem. Of those, 38% converted into members of This is Quitting equalling 110,272 sign ups – thousands upon thousands of brave young people who decided to take the plunge to try to quit.

And most importantly? The This is Quitting program shows strong efficacy. While the data is preliminary, 60% of those who signed up reported vaping less or not at all after two weeks.

There is much yet to be done to combat the rapid onset youth vaping epidemic. But, we’re proud to have given would-be quitters a way out by throwing a rebellious party of JUUL destruction to make them feel less alone on their quitting journey.

Video for This is Quitting 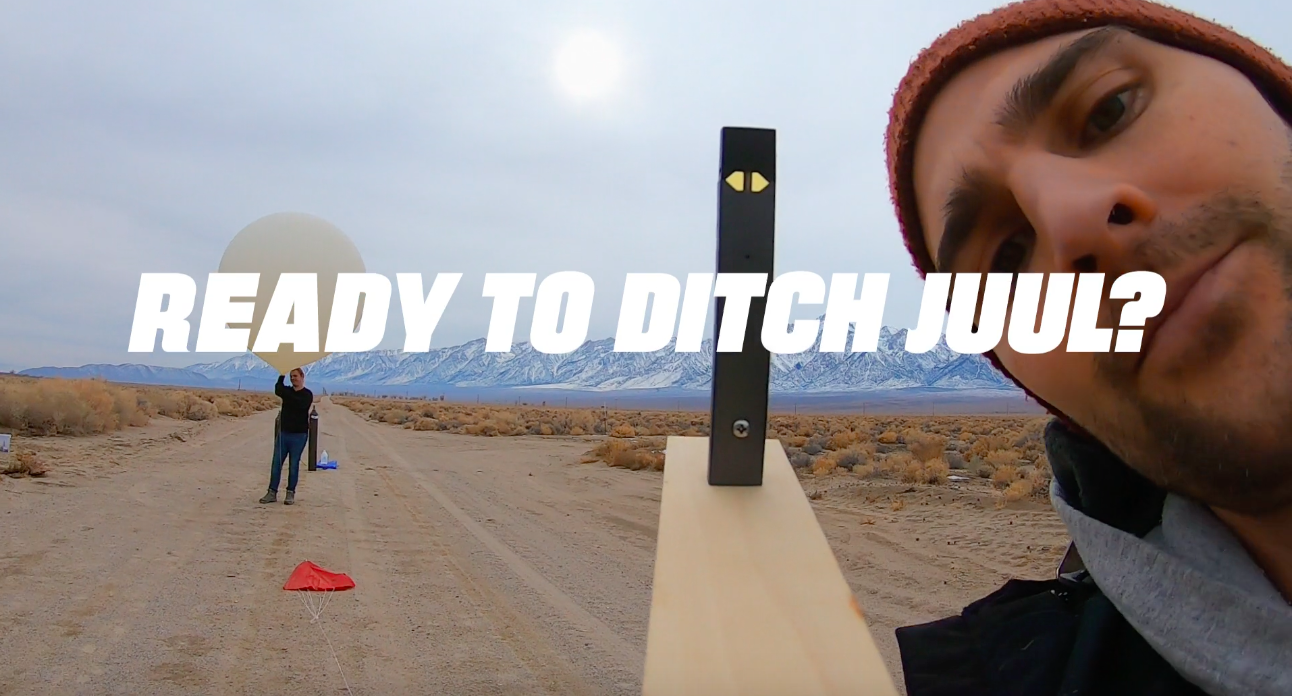