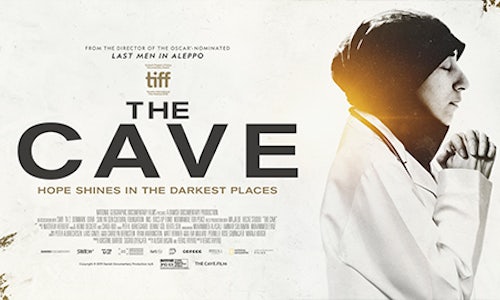 National Geographic aimed to use THE CAVE, an evocative, bird’s-eye view of women’s lives in a hellish warzone and an unflinching look at the Syrian war, to champion its protagonist, Dr. Amani, and ensure recognition for her heroism; increase global awareness about the truth of the Syrian conflict; activate key individuals and organizations poised and able to make a difference; and support educators and nonprofit administrators to gather audiences together to brainstorm about how they can aid people in displaced communities.

National Geographic and Danish Documentary partnered with Think-Film Impact Production on a strategic impact campaign for THE CAVE. While it would be extremely difficult to have a direct impact on the macro-political situation in Syria, by walking alongside Dr. Amani they knew they could make film audiences question what was really happening on the ground in Syria — and from there, build a platform for change.

National Geographic also worked in tandem with Picture Motion, the leading impact agency for films and television shows, on a grassroots screening tour that began in October 2019 and has confirmed events well into fall 2020, to spark critical conversations in communities across the United States.

The four-month campaign with Think-Film amassed incredible support for THE CAVE. The documentary film was brought into high-level, solution-focused policy discussions and in front of new influential stakeholders.

Additionally, a strong social media campaign was pushed to extend the film’s reach among key audience demographics and raise its profile. With THE CAVE telling such a personal story, our impact strategy envisioned a wide-scale online campaign that reached out to audiences with strong visual messaging and a call to action that everyone could participate in.

We created the #StandWithDrAmani messaging and also created an online petition — the “Petition for Truth”— to shed light on the ongoing violence faced by innocent victims on the ground in Syria. We also produced engaging videos and visual assets to promote this and the new Al Amal (Hope) Fund.

Picture Motion executed the grassroots campaign’s screening tour through proactive outreach to schools and nonprofits in the subject areas of women’s empowerment, music and art therapy, medical activism, the Syrian diaspora in the United States as well as Muslim communities. It also responded to organic interest fueled by the film’s awards campaign and traction. Each screening host was encouraged to take action by donating to the Al Amal (Hope) Fund, sign the “Petition for Truth” and read Dr. Amani’s op-ed featured in the Daily Beast about her experience at the Cave. Hosts were also provided with robust discussion guides and a screening toolkit, which gave audience members historic context regarding the Syrian Civil War, as well as suggestions for conversation topics and pre-and post- screening engagement. The discussion guide was also made available free of charge at www.StandWithDrAmani.com along with simple ways to “Take Action” and #StandWithDrAmani, including reading Dr. Amani’s personal account of the ongoing human rights abuses in Syria; hosting a free classroom or community screening; learning about the Al Amal (Hope) Fund; and signing the “Petition for Truth.”

Video for The Cave 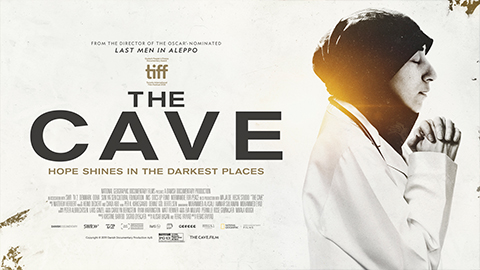