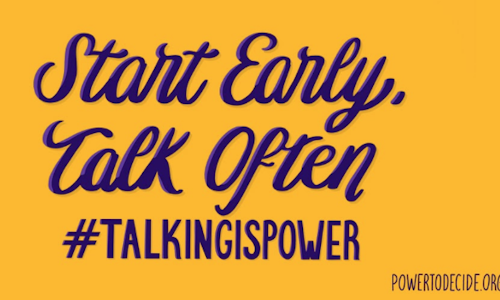 Power to Decide believes that all young people should have the opportunity to pursue the future they want, and follow their intentions. We provide objective, evidence-based information about sexual health and contraceptive options so young people can have the power to decide if, when, and under what circumstances to get pregnant and have a child. The data tells us that both men and women report learning about sex from a variety of sources, such as school, family, friends, health care providers, community leaders, and mass and social media.

According to a survey conducted for Power to Decide, 65% remember learning about sex, love, and relationships at school; 58% from friends and peers; and equal percentages (36%) say they first remember learning about sex from mass media or parents and other family members. We know parents, champions, and trusted adults play a critical role in helping to ensure that every young person—regardless of who they are or where they live—has the power to decide if, when, and under what circumstances to get pregnant and have a child. The #TalkingIsPower campaign was launched to provide resources that champions such as parents, guardians, teachers, mentors, and other family members can use to spark conversations with young people in their lives about sex, love, and relationships.

The goal behind the national campaign—#TalkingIsPower—is to remind champions how powerful they are in a young person's life and what an important role they have in providing accurate information on sex, love, relationships, and contraception.

The goal of the campaign is to teach champions of youth—parents, other family members (such as aunt/uncles and grandparents), educators, mentors, and more—about the unique and important role they have in providing accurate information on sex, love, relationships, and contraception. Power to Decide introduced a variety of new materials (available in both English and Spanish) to help champions jumpstart these conversations, including guides, videos, social copy, conversation prompts, and more. The #TakingIsPower hashtag reaffirmed the importance of reminding parents, champions, and allies of how powerful they really are in the lives of young people.

In a recent study conducted for Talking Is Power month, we found that the majority of adults (57%) agree that sheltering in place during the COVID-19 pandemic has provided increased opportunites for conversations with the young people in their lives about sex, love, relationships, and ultimately birth control. In addition, 90% of adults agree that such conversations positively influence youth to make informed decisions about these critical issues. With many parents now doubling as teachers, we have a unique opportunity to start thoughtful conversations with our kids that could positively impact their life trajectory.

MTV donated its Times Square Billboard to Power to Decide for a full-day rotation on May 7, 2020.

On May 20, Power to Decide held a Twitter storm where like organizations and media partners such as SIECUS, Planned Parenthood, Center for Reproductive Rights, Simple Health, Freeform, TLC, and NARAL helped to spread the word on the importance of sexual and reproductive health coversations with young people to ensure they have the information they need and deserve.

Power to Decide’s #TalkingIsPower campaign is our way of supporting Sex Ed for All Month and remaining committed to ensuring all young people have access to quality sexual health information and services, and the opportunity to determine what is best for them.

#TalkingIsPower was yet another incredible success. Between May 7 and 31, there were over 21 million potential impressions and views close to 70,000 across multiple channels. The hashtag generated a 100% positive sentiment, proving that many across the country were enthusiastic about participating in the campaign as a parent, champion, or mentor. During the time period of our Twitter storm there were 574 mentions of the hashtag, 6.1 million impressions, 2.6 million potential reach, 1,356 engagements, and 296 views to our Talking Is Power homepage on Power to Decide.

According to our analysis, the press release, released in English and Spanish, generated a total pickup of 104 (number of media placements and influencer interaction) outlets with 95% positive sentiment on the day of the campaign’s launch (May 7, 2020).

The radio media tour, with a combined listenership total of 11,747,790, aired on nearly 1,900 stations. If one looks specifically at direct traffic to the homepage, which is what would be affected from the radio tour, direct traffic was up 13% from the immediate previous time period.

#TalkingIsPower’s success reaffirms what we know to be true here at Power to Decide: champions play a prominent role in influencing young people's knowledge about sex, love, relationships, and contraception. 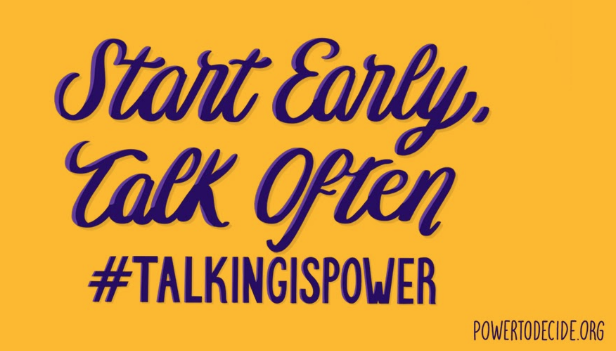 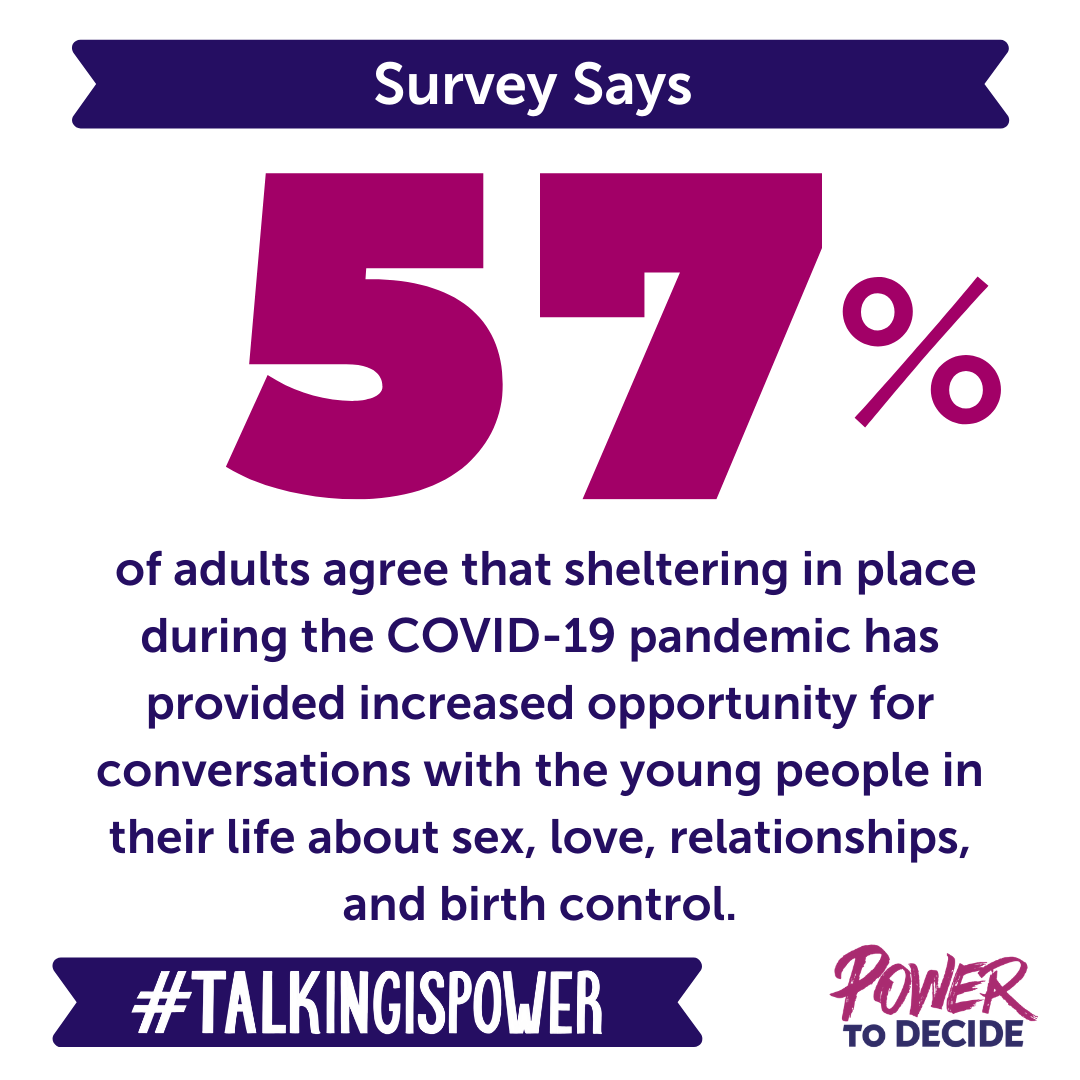 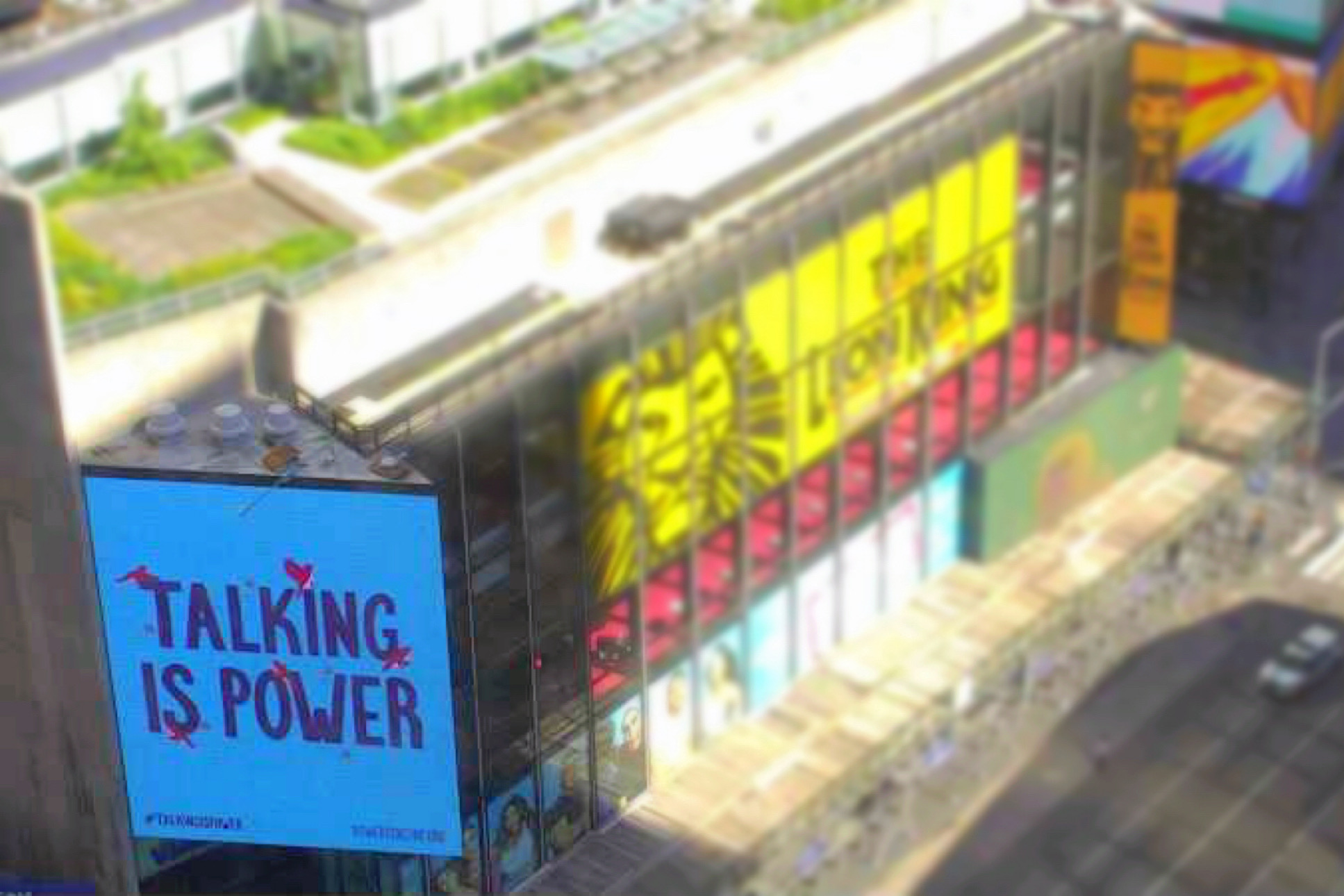 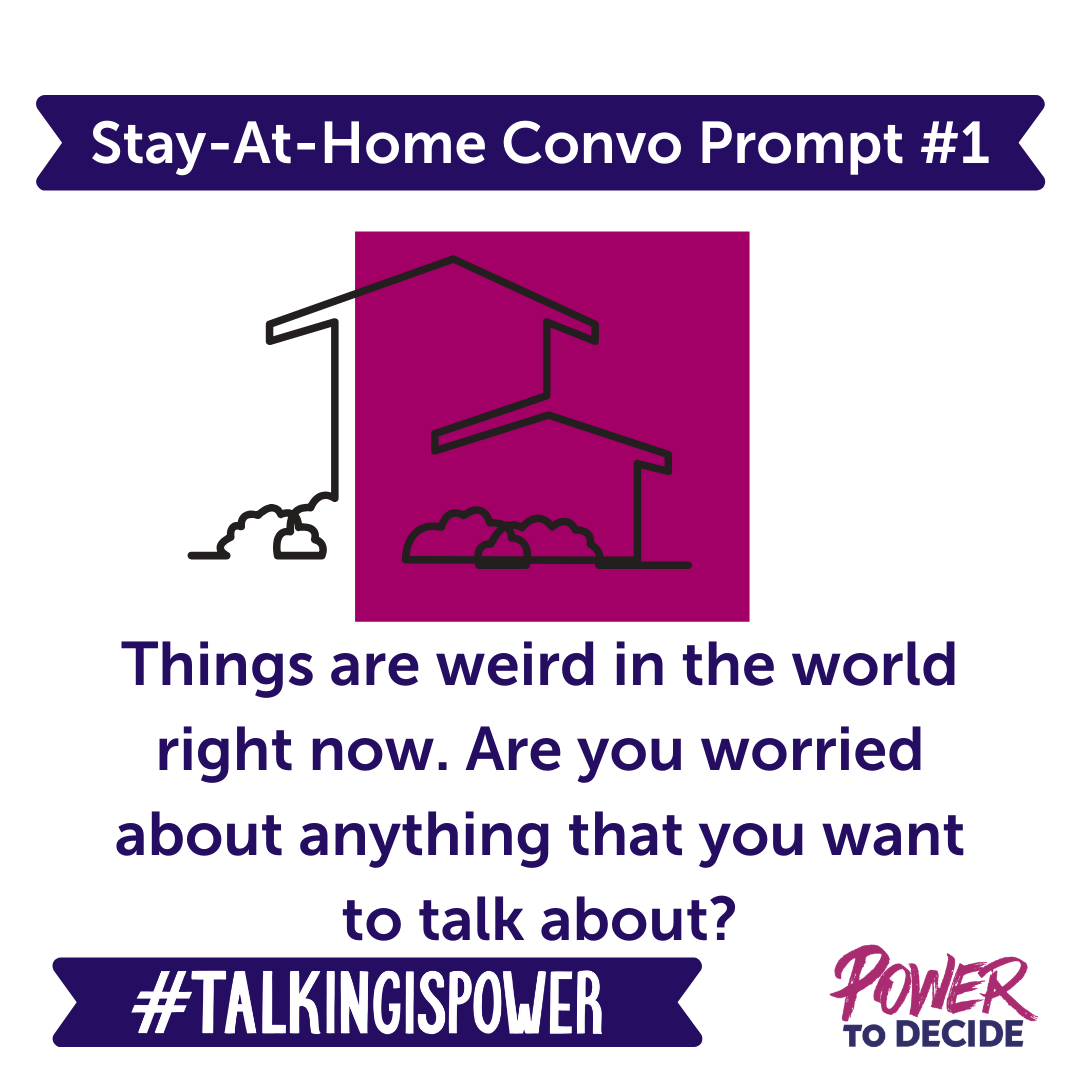