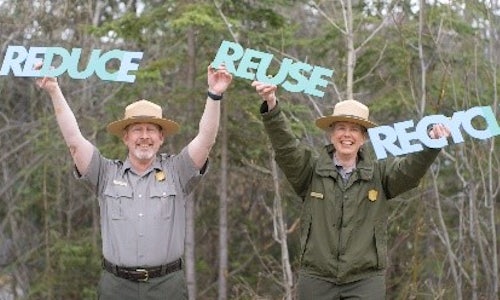 Protecting the environment is just as important to Subaru as protecting their drivers and passengers. As part of the brand’s mission to be more than just a car company, they dedicate resources to the causes that matter to its customer base and align with the brand’s values. With their earth-friendly partners, Subaru is dedicated to preserving our planet in ways that go beyond technology and manufacturing and into the very lives of their customers.

Subaru has extensive experience understanding waste diversion to landfills because it was the first automotive assembly plant in America to achieve zero-landfill status in 2004. To extend this expertise beyond its auto-manufacturing, Subaru of America wanted to help reduce landfill waste where its outdoors-loving customers are (48% of Subaru owners have ranked hiking as their top outdoor activity, followed by camping at 32%): National Parks. Each year, The National Parks manage nearly 70 million pounds of visitor waste nationally, much of which is brought in from outside the parks. Knowing that Subaru owners are passionate about the outdoors, the partnership to achieve reduced landfill waste in America’s National Parks was a natural fit for Subaru of America. Subaru committed to sharing this zero-landfill knowledge to identify, test and promote practices that reduce the amount of visitor-generated trash that national parks send to landfills.

Subaru identified the National Parks Conservation Association (NPCA), a non-profit national park advocacy group, the National Park Service (NPS), and park concessionaries and surrounding communities as partners who could integrate Subaru’s zero-landfill practices into our park while benefitting from the resources Subaru had to offer. Subaru and its partners came together to launch the Don’t Feed the Landfills initiative, with a three-pronged strategy in order to achieve success across this campaign.

First, the group sought to leverage Subaru zero-landfill experience and expertise to help NPCA implement new ways for NPCA and concessionaries to reduce and better manage waste, while raising awareness to visitors about the importance of preserving the parks. Next, Subaru used its expertise to educate NPCA and the 330 million+ annual visitors to America’s national parks about the impact of leaving behind millions of pounds of waste that could and should be recycled or composted through in-park education. Finally, we marshalled the deep loyalty of Subaru owners (Subaru ranks highest among mass market brands, and highest overall, with a loyalty rate of 61.5%) to drive them to act responsibly in National Parks and educate others about the importance of recycling and waste reduction.

The strategy was implemented across multiple tactics throughout the program.

Over the five-year long campaign, Subaru and its partners have seen a groundswell of success in the pilot parks. Each of the three pilot parks identified the biggest waste items found within their respective parks, which include food waste, cardboard, single-use plastic bottles, plastic wrap and packaging, steel and aluminum cans, glass bottles and jars and single use portable propane canisters.

Subaru’s zero-landfill expertise also helped the pilot parks make significant strides by nearly doubling their recycling and composting capabilities, keeping more than 16 million pounds of waste out of landfills – this is the equivalent to the weight of 40,000 grizzly bears.

Finally, Subaru and NPCA were recognized for the Don’t Feed the Landfills initiative and received Engage for Good’s 2020 Silver HALO Award for Best Sustainability Initiative. 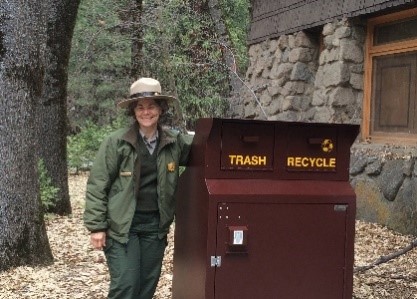 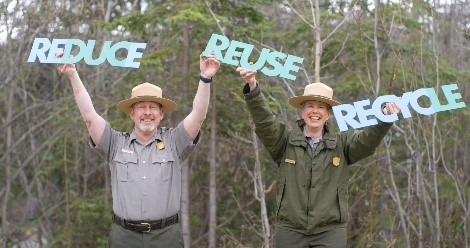