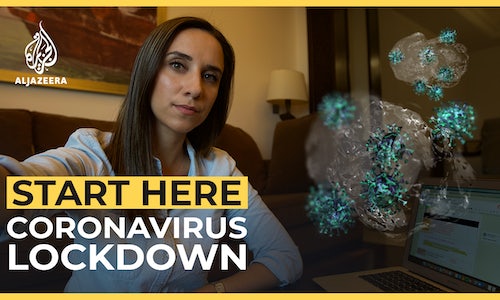 Al Jazeera Digital’s video explainer series Start Here was created to help people re-engage in important global conversations. Every week we unpack the big issues for people who might be confused, overwhelmed or just feeling out of touch with what’s going on.

From self-quarantine in a hotel room, and without missing an episode, we created a specialist strand to help us make sense of the pandemic. Our host Sandra Gathmann was one of the first to present from ‘home’, looking first at the science, then the hit to the global economy, followed by the plight of the world’s most vulnerable.  It was an obvious story to us. We knew it was urgent, and global media coverage of the pandemic seemed more focused on the impact of the virus in the developed world.

We worked long hours to investigate and explain the likely toll of the outbreak on the more than 20 million people already struggling to survive in Yemen, and the near impossibility of social distancing for hundreds of thousands of Rohingya crammed into refugee camps in Bangladesh, of the vulnerabilities of the many millions displaced globally by war or stuck in conflict zones.

Audiences can feel lost in today’s vast cycle of complicated, fast-moving news stories.   At Start Here, the social good that we are begins with the news, and making sure no one is left out of the conversation.

Since launching in November 2019, Start Here has won and been nominated in global awards competitions, including its 2020 Shorty Audience Award win and a Telly Gold Medal in the Video Series/News and Information category.

Sandra Gathmann leads our small but dedicated team of journalists, designers, picture editors and film-makers to create content that explains stories in ways that are accessible and relevant to the people watching.

A number of Start Here episodes have gone viral – but the one that perhaps best captures the spirit of what we do is the Coronavirus and The World’s Most Vulnerable episode which sets out the truly global and unequal impact of the pandemic. With most coverage at the time trained on climbing infections in places like Italy and Spain, we chose instead to outline the plight of those who weren’t getting attention.  We reached millions of people with a well-researched video that is beautifully edited and explained with clever and creative use of graphics.

Posted online on April 12, the episode has since been viewed, shared and commented on more than 2 million times across social media (for more details refer to the Results section).  In it, we explain how following simple advice like washing hands, using hand sanitizer and social distancing is all but impossible for huge parts of the world’s population. The episode sets out how neglecting vulnerable communities living in desperate conditions will impact global efforts to bring the pandemic under control.  And it details what the UN and other international agencies say is needed in money, aid and support to avert a bigger, and more prolonged crisis.

The episode gives examples from war zones, overcrowded refugee camps and the occupied Gaza Strip.  We include soundbites from the frontlines of the war in Yemen, a doctor in Syria’s besieged Idlib Province and aid workers assisting Rohingya refugees in overcrowded, unsanitary conditions in the world’s largest refugee camp in Bangladesh.  We also draw on the experiences of our correspondents and senior aid and health officials.

And this was just the beginning.  We followed with an episode about how several countries in Africa were engaged in a two-front battle with the coronavirus and a plague of locusts.  We explored how communities were having to adapt religious and cultural practices under lockdown. And we traversed issues around mental health, surveillance and even sport during the age of COVID-19. In all, since March, Start Here has posted 10 episodes about the coronavirus and we are about to publish another.

And we’ve gone on to look at other stories that matter like US sanctions on the ICC, race in America and Israel’s annexation plans for the West Bank.

Coronavirus and the World’s Most Vulnerable reached 2.7 million people on Facebook and was viewed more than a million times. People engaged with it through comments and shares more than 20,000 times.

On Youtube there were more than 73,000 views with an average watch time of 3:31 - a retention rate of 41%.  A third of viewers stayed until the end which is great for videos of this duration.

Instagram and Twitter also performed well bringing in more than 120,000 views.  People engaged with our video more than 5,000 times.

Viewer feedback is incredibly valuable.  We got a lot of comments from people about how it had inspired them to think more deeply about the issues.

“This is an enlightening piece. We all need to pull together to get through this” said one viewer.

“This broke my heart. People are crying because they have to stay at home… [but] look at these abandoned people in war zones and miserable circumstances,” said another, and..

Coronavirus and the World’s Most Vulnerable is one of the few reports that focuses on treatment of underrepresented communities as an essential, and critical, key to bringing the COVID-19 crisis under control.  We are incredibly proud of what we created and the impact it will continue to have as more people click on it and watch. 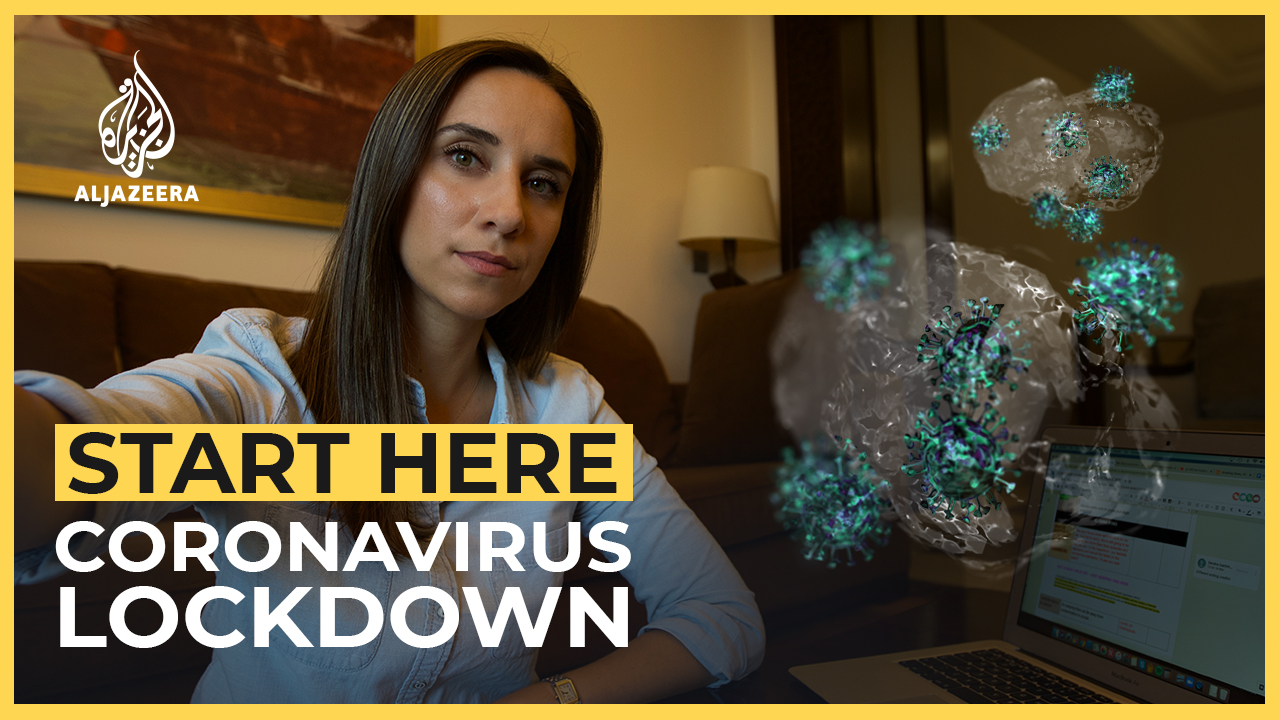 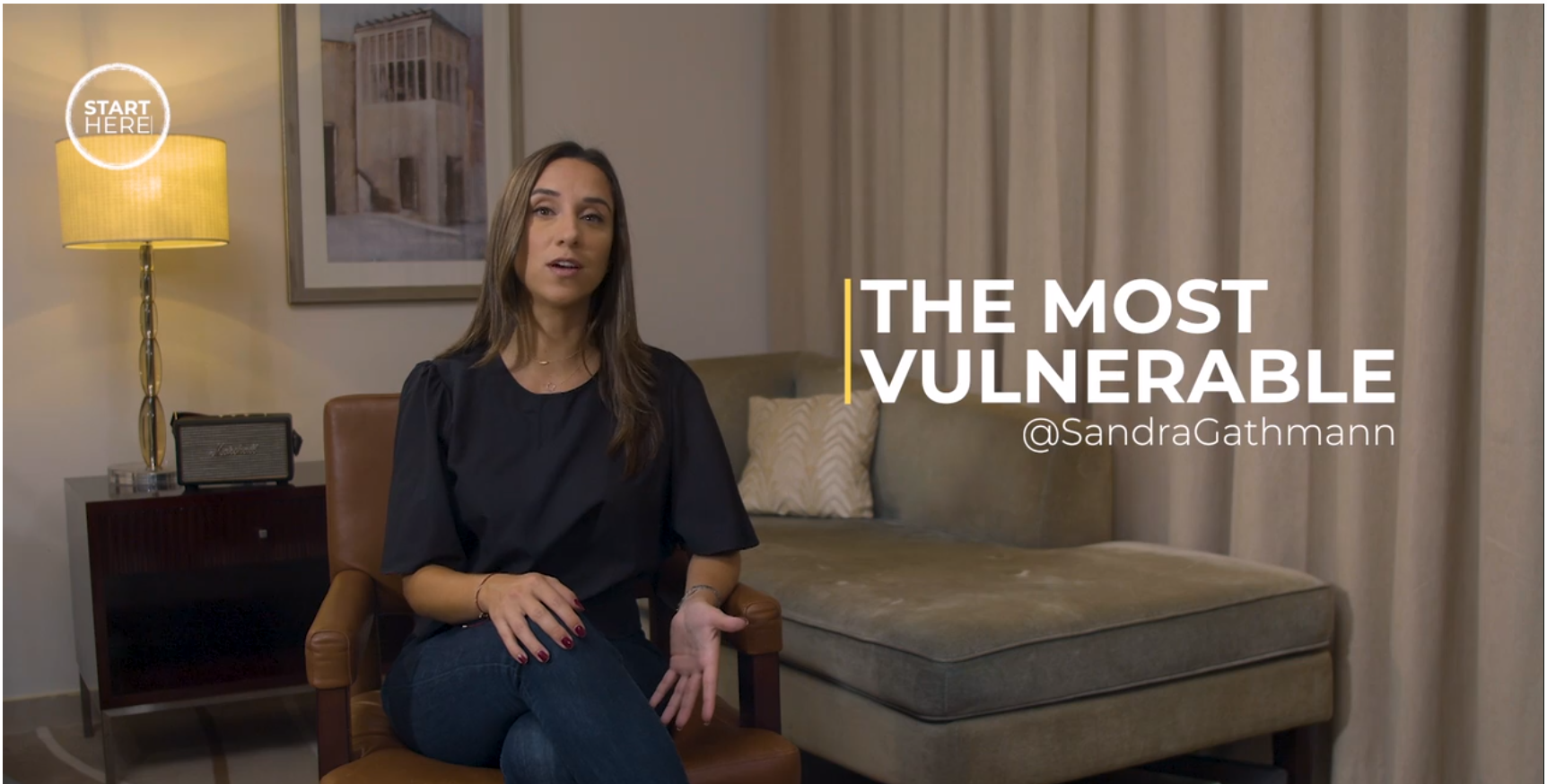 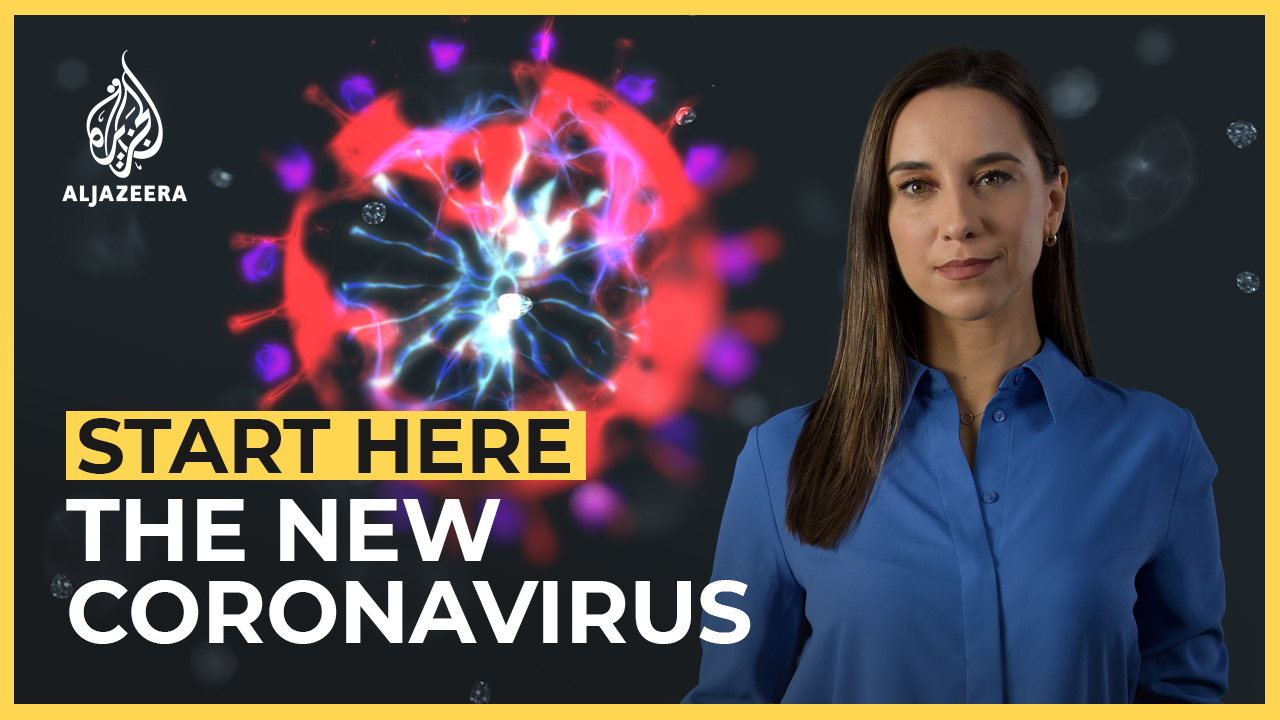