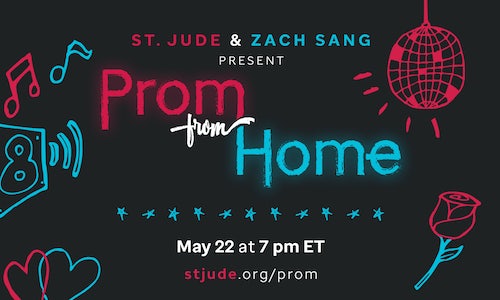 As schools closed early due to the spread of COVID-19 leaving many graduating seniors with cancelled plans and missed milestones, St. Jude teamed up with Zach Sang for Prom from Home: Under the Living Room Lights. The 3-hour program featured diverse talent and reimagined mission moments to specifically target and appeal to new multicultural youth audiences, as well as fundraising calls to action and special VIP pre-event access for top fundraisers.

Through collaboration with radio personality Zach Sang, the St. Jude team was able to secure top talent including Lewis Capaldi, Bazzi, Noah Cyrus, MonstaX and more for a virtual prom experience that allowed youth audiences to engage with the St. Jude mission while celebrating an iconic high school milestone that many were having to miss due to the onset of the pandemic. Stream content included virtual interactions between Zach and St. Jude patients Caleb and Paishence, as well as a make-up tutorial with two teen patients and a national makeup artist from St. Jude partner Lancôme.

The event was streamed on St. Jude’s YouTube channel and Facebook page as well as Zach Sang’s Twitter feed, resulting in 31.2M impressions with the vast majority watching on YouTube by an audience that skewed sharply to 18-34 year olds. While the majority of viewers were tuning in from the United States, the event was also viewed by audiences in India, Mexico, the United Kingdom, Brazil, Canada, Argentina, Indonesia, Chile, the Philippines, Japan, and Peru.

Additionally, the program aired on 74 radio stations across the country with a total average quarter-hour rating of 82,900 and total possible audience reach of 1.3M. 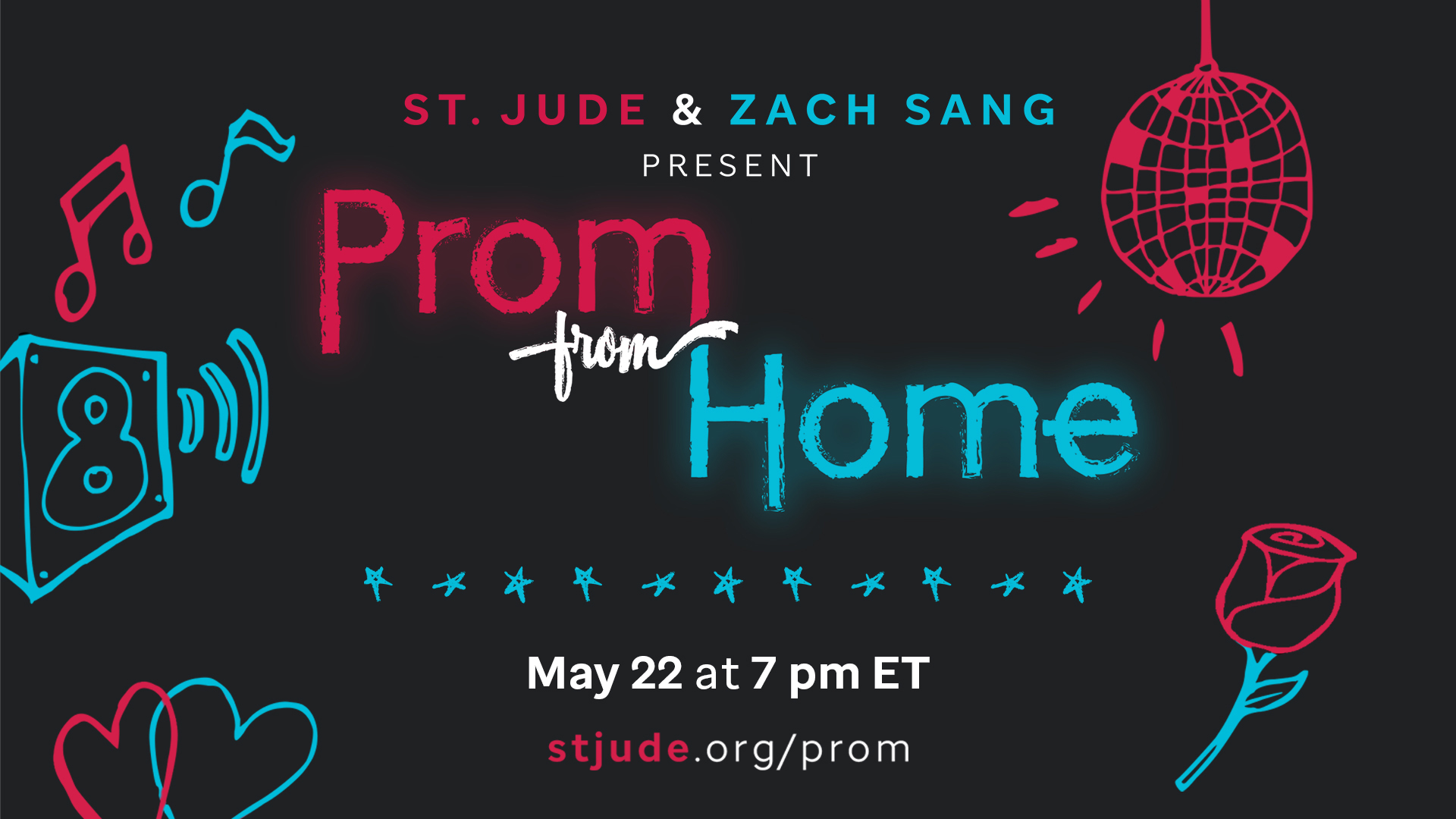 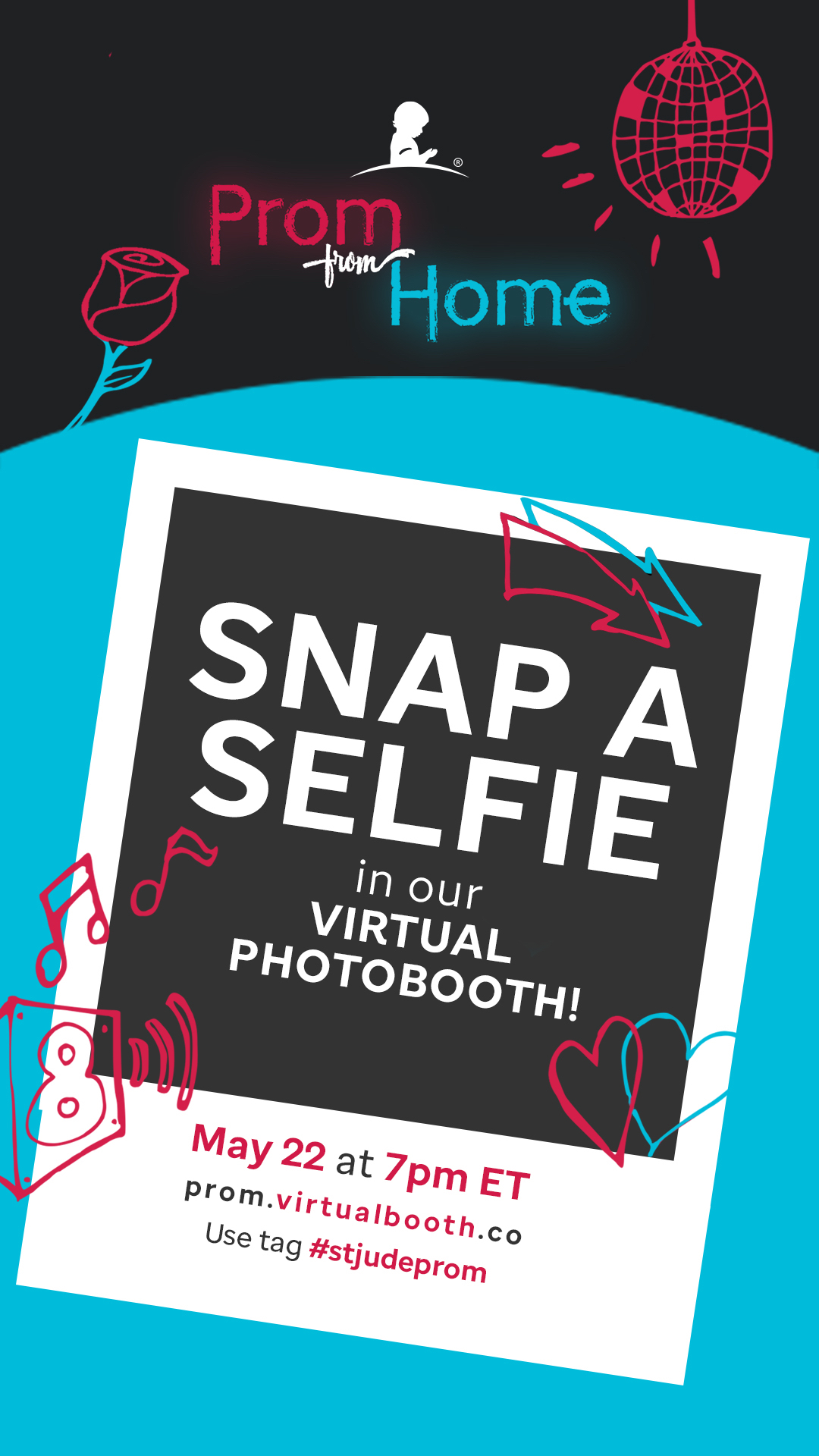 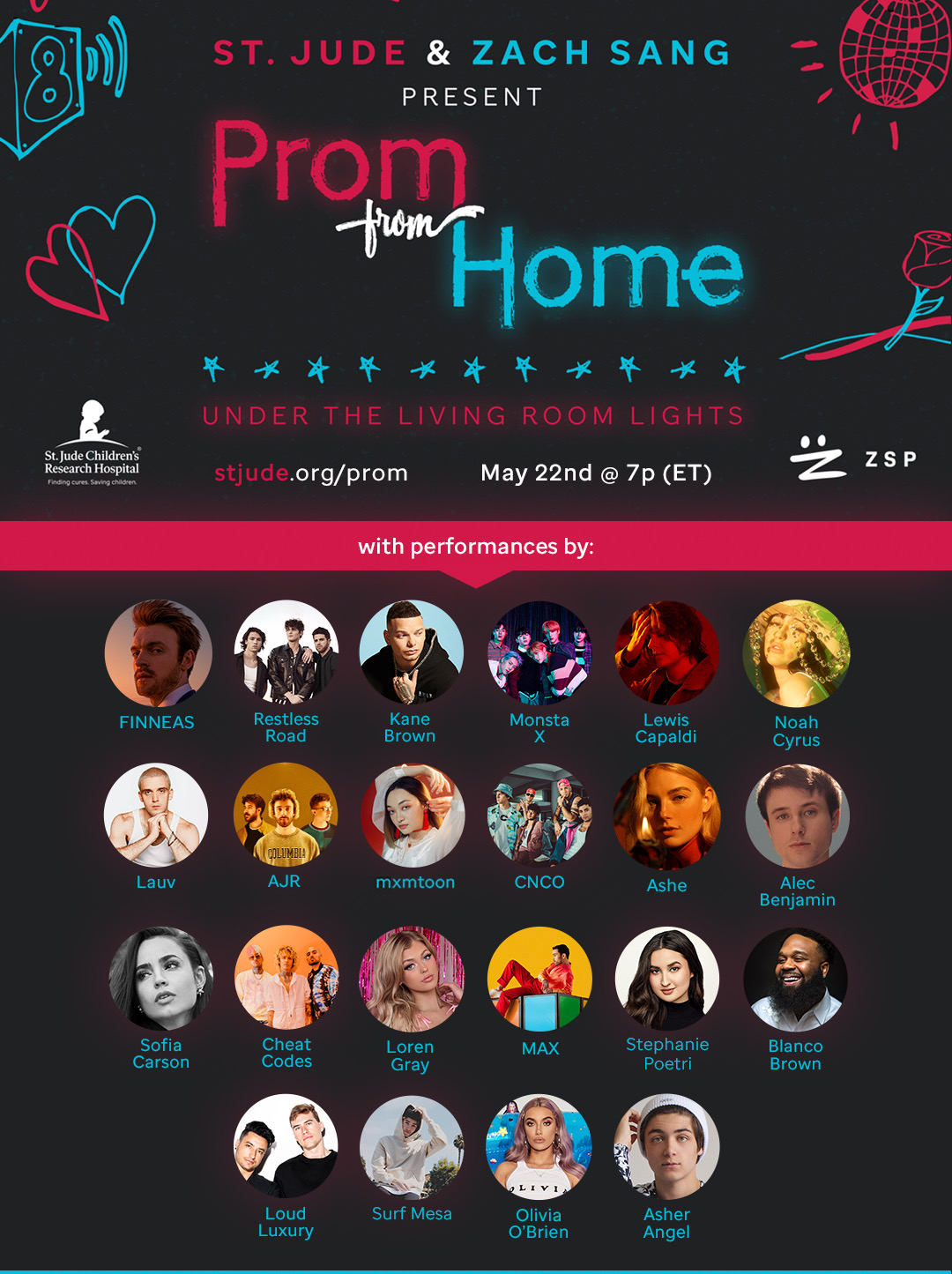 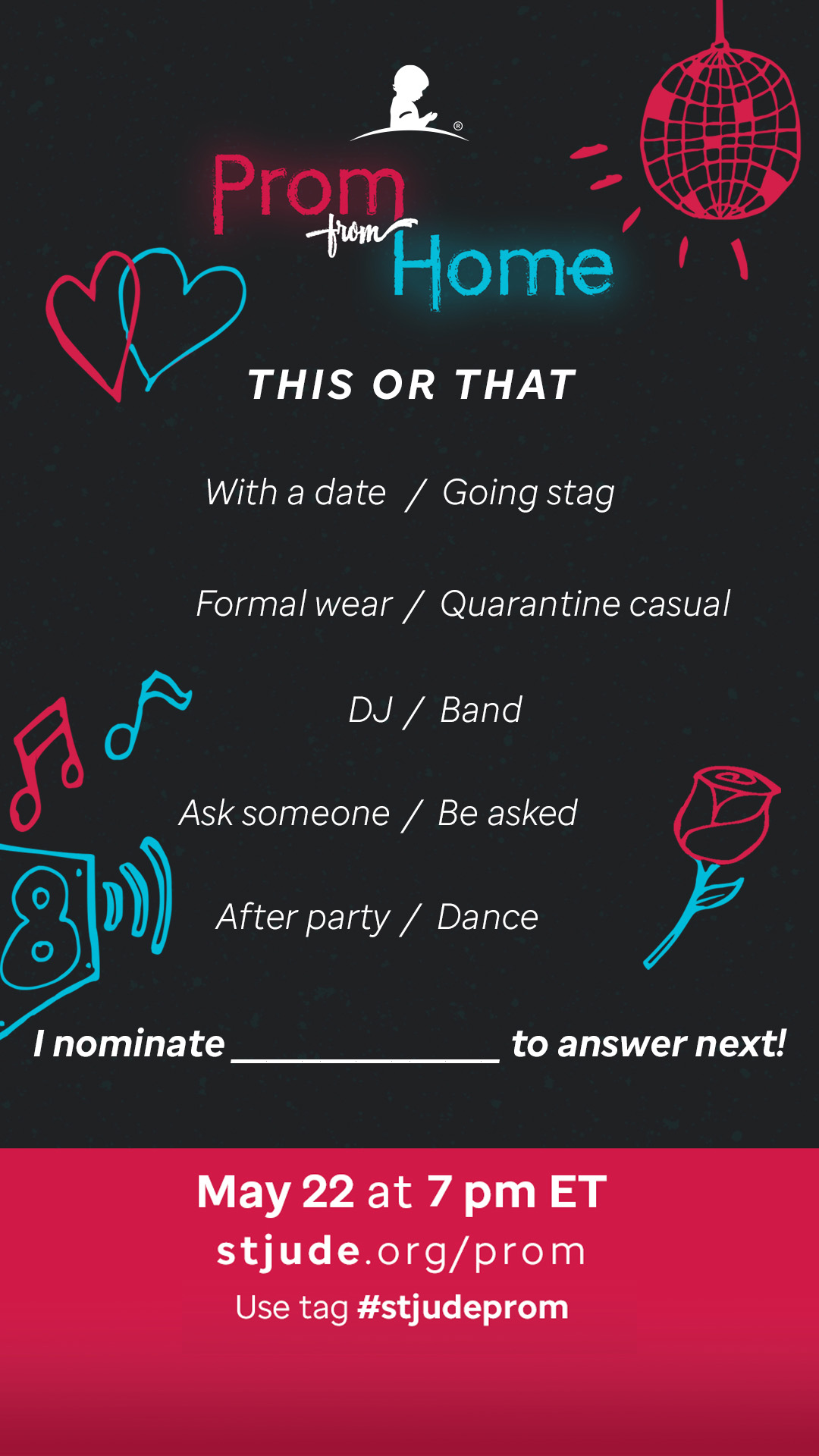