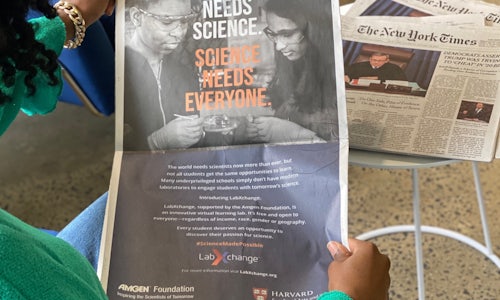 Everyone Needs Science. Science Needs Everyone.

Since 1991, the Amgen Foundation, which is the philanthropic arm of Amgen, has sought to inspire the next generation of scientific leaders. LabXchange, a free virtual science education platform developed in partnership with Harvard Unviersity, breaks new and exciting ground in this mission. Thanks to a partnership with Harvard, LabXchange was designed as a free online science education platform enabling users to personalize science education using virtual experiments, lab equipment simulations and the ability to create and share learning pathways with fellow users around the globe. Regardless of whether students attend school in Cairo, California or Cameroon, LabXchange gives all students access to virtual labs with simulations that cultivate scientific interest and hopefully encourage students to pursue further STEM education and even careers as scientists and researchers. The campaign’s motto was: Everyone Needs Science. Science Needs Everyone. With the belief that THAT rallying cry starts in the classroom with educators using the LabXchange resources to help students experience the scientific process in a way that removes barriers caused by income level, gender, race or geography.

Amgen’s goal with the 2020 LabXchange campaign was to raise awareness about this global resource and promote widespread adoption among individual users and institutions. Amgen also empowered its employees to serve as ambassadors for the program, further extending LabXchange’s outreach to various communities.

The Amgen team promoted LabXchange through video and social content as well as through written articles and interviews. At the heart of the campaign was a demonstration of how LabXchange has removed barriers to success in science by creating a virtual simulation of real-world lab experiments that students of science all around the world can easily access. Featuring virtual lab experiments developed at LabXchange along with other world-class assets created by validated partners, LabXchange brings the scientific process to life for science students at any educational level. By simulating key techniques in molecular and cellular biology, like using CRISPR to correct genetic defects, students can explore a wide range of scientific methods and build their acumen in harnessing science to solve real-life problems.

The integrated communications approach to advance LabXchange succeeded in reaching key stakeholders via earned, owned and paid tactics. The campaign achieved 10 media placements, 1,341 social mentions, including by Harvard, STAT News, Khan Academy and Tom Vander Ark. The social posts generated more than five million impressions. Another fun fact: the New York Times paid advertisement in the print edition caused a minor viral moment with people tweeting a photo of themselves reading the newspaper with the ad in full placement. Internally, articles and webinars reached thousands of staff around the world. The Amgen.com collectively garnered over 1,500-page views.

Video for Everyone Needs Science. Science Needs Everyone. 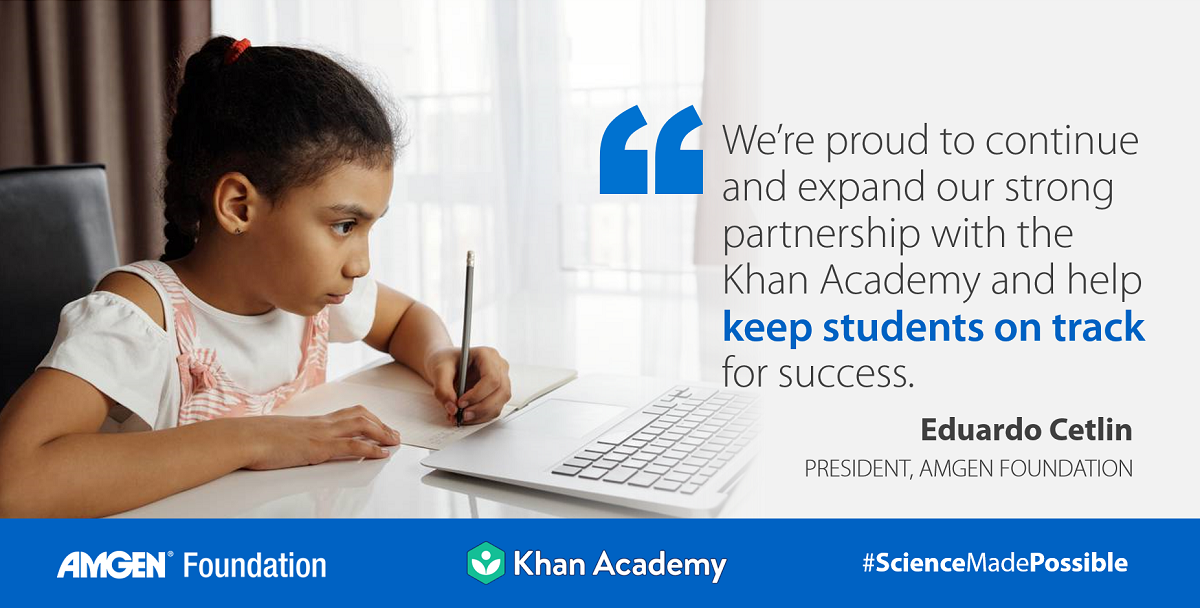 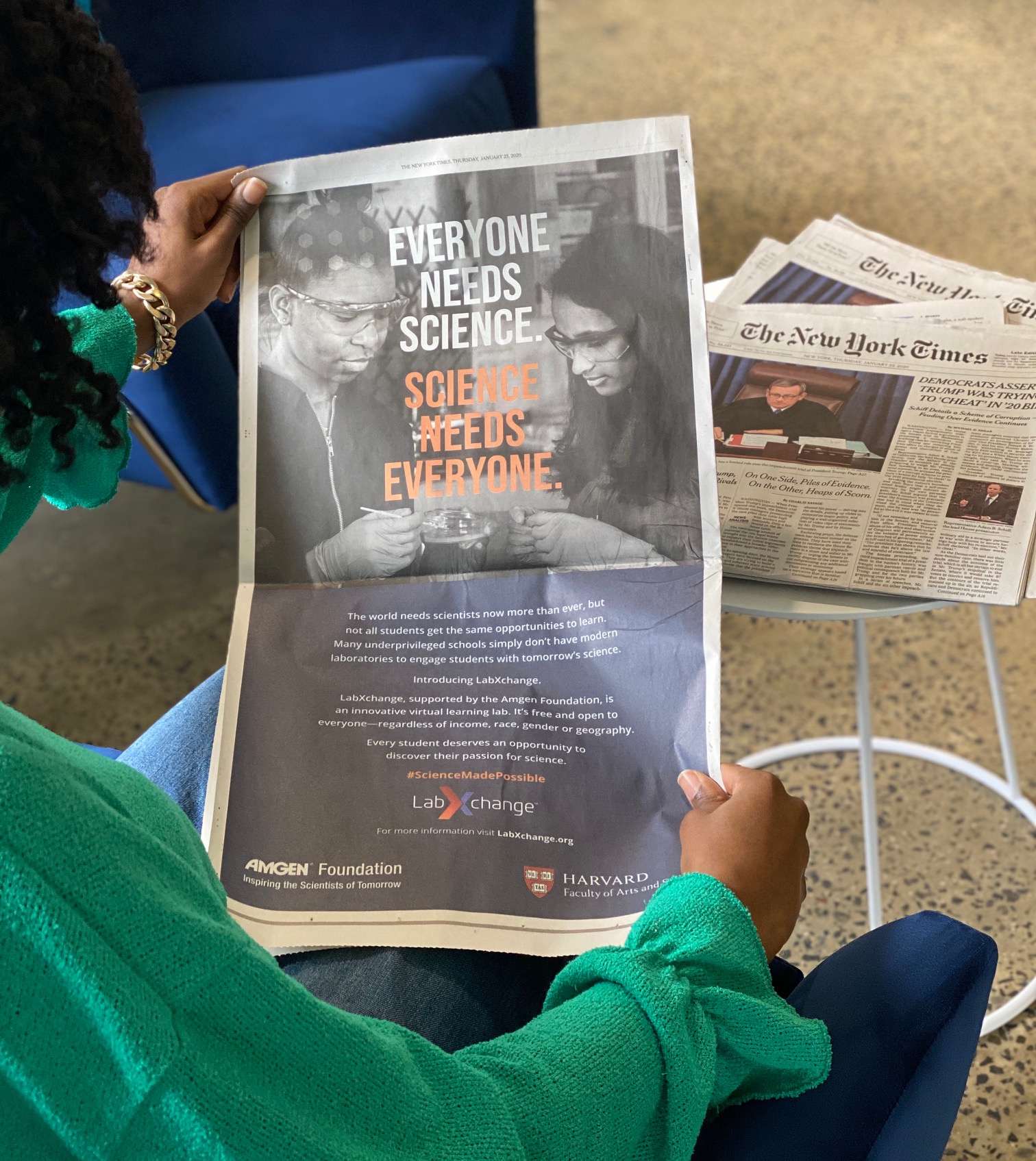 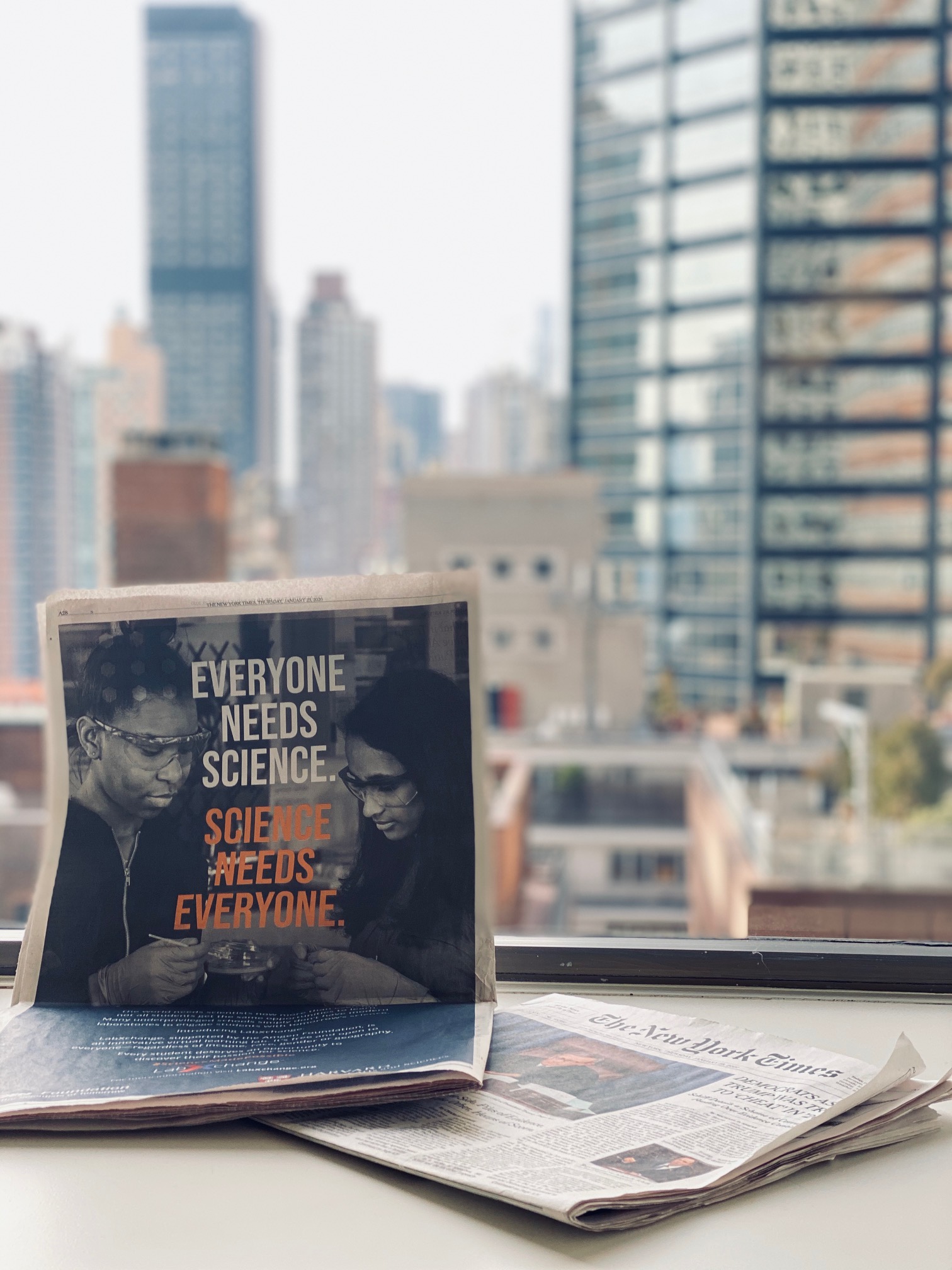 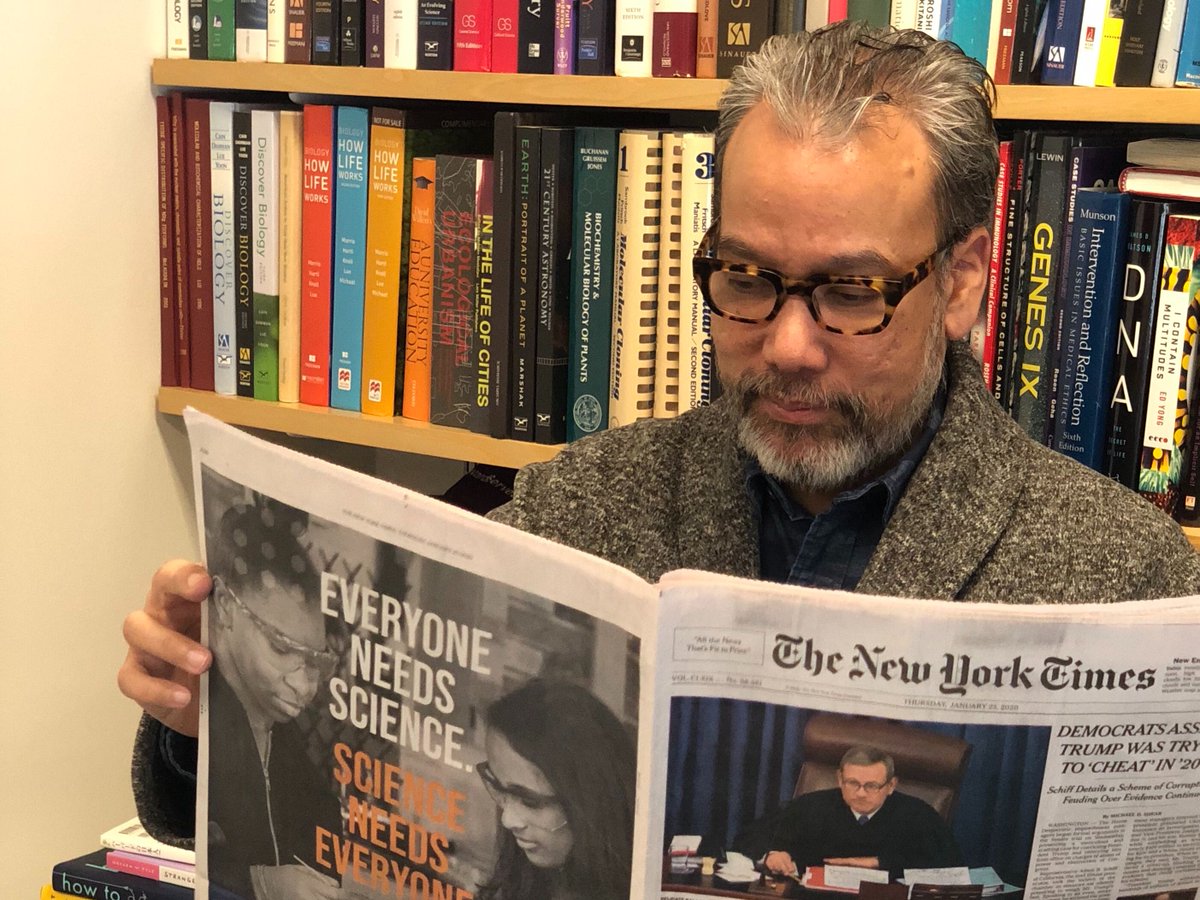 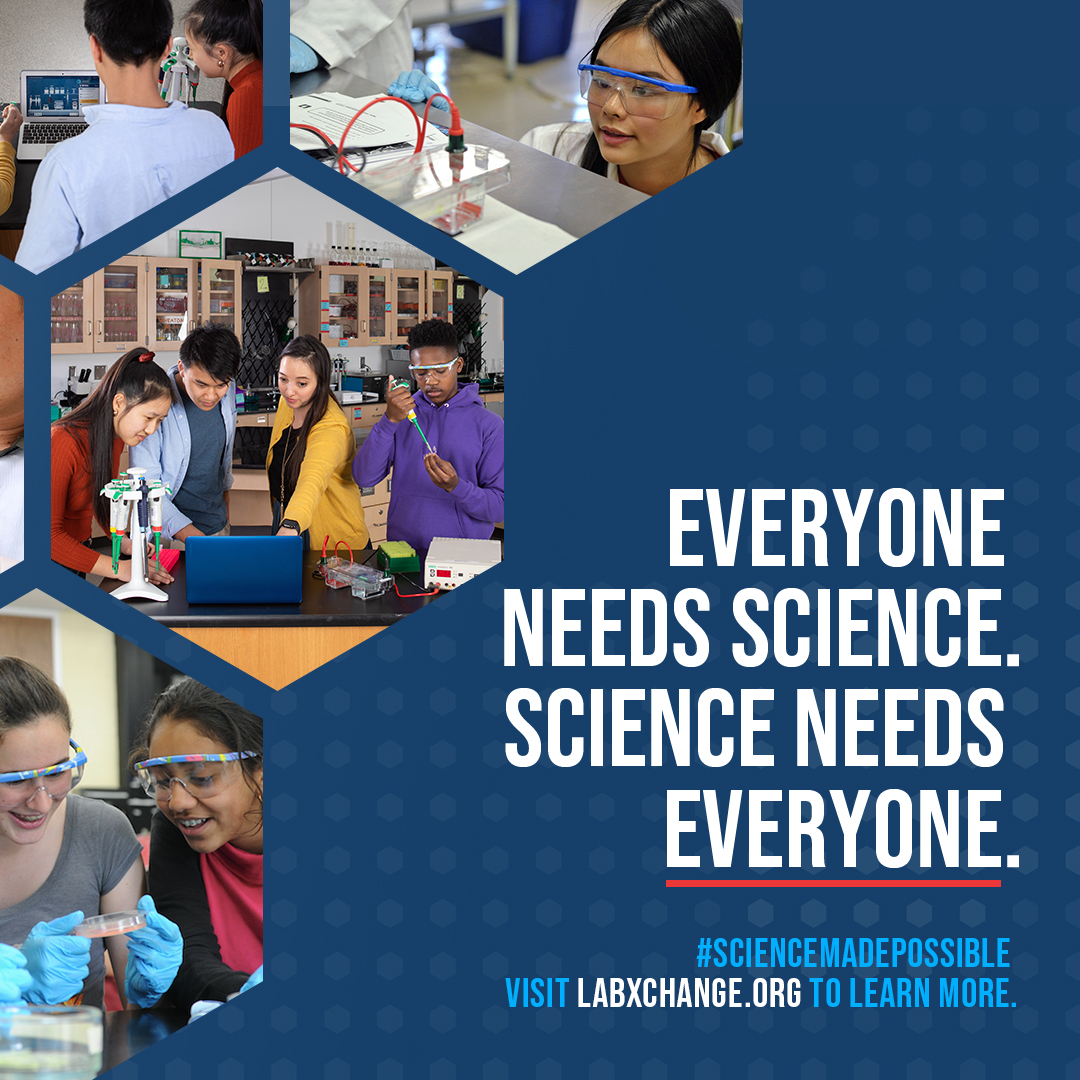 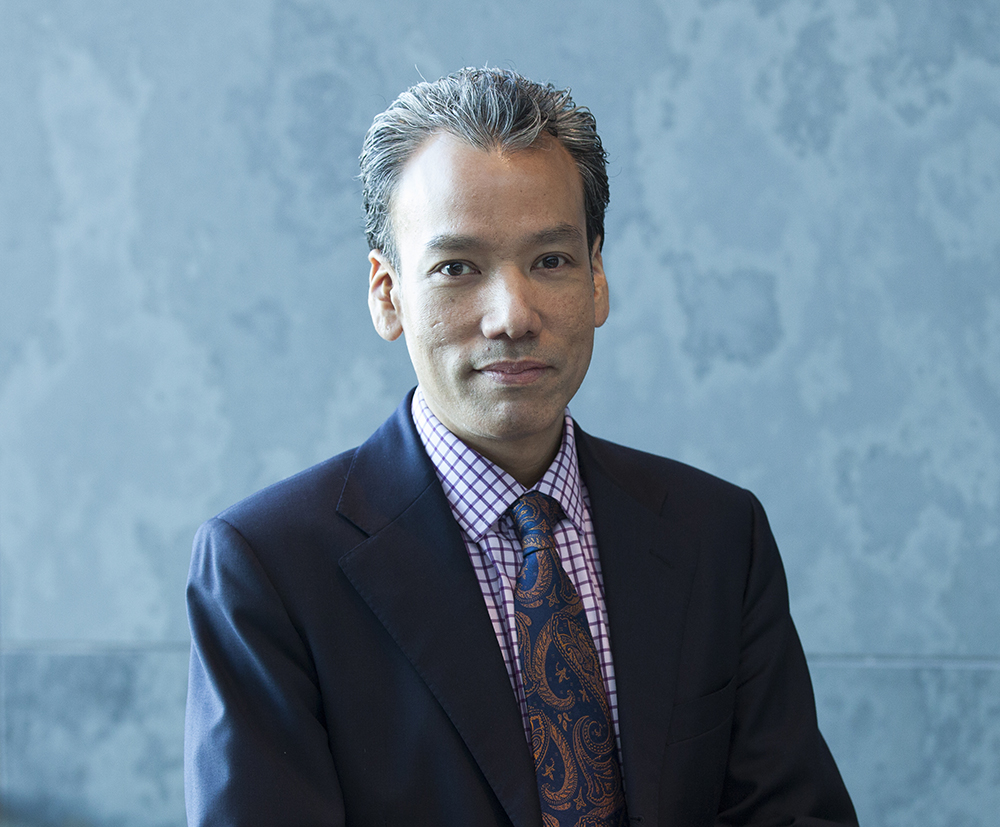 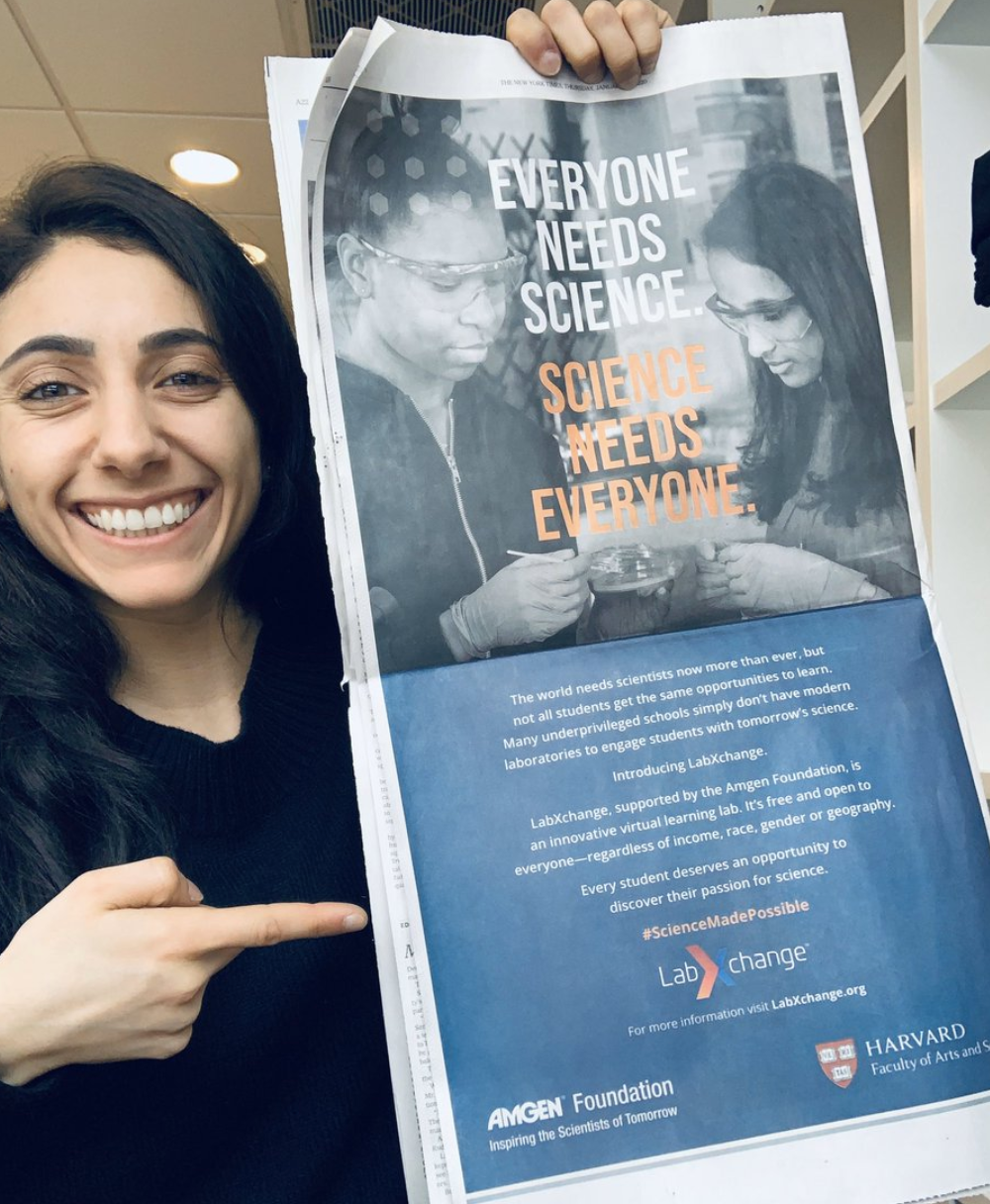