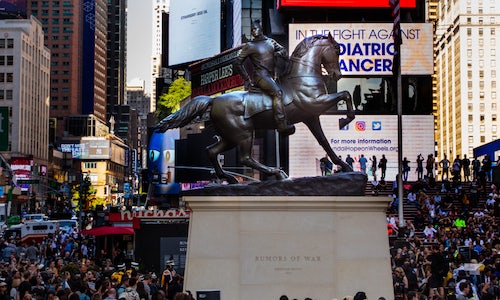 The objective was to capture on film the presentation of artist Kehinde Wiley’s first major public sculpture, Rumors of War, presented in Times Square in September of 2019, and then permanently installed in Richmond, VA by the Virginia Museum of Fine Arts in December of 2019. Mounted proudly on its large stone pedestal, Wiley’s monumental bronze sculpture is the artist’s direct response to the ubiquitous Confederate sculptures that populate the United States, particularly in the South. Sitting astride a massive horse in a striking pose, Wiley’s young, African-American subject is dressed in urban streetwear, and presents a powerful visual repositioning of young black men in our public consciousness while directly engaging the national conversation around controversial monuments and their role in perpetuating incomplete narratives and contemporary inequities. Now, Rumors of War takes on a renewed significance as the Confederate monuments which inspired its creation are defaced and removed amidst national political unrest around racial justice and police brutality.

Our entry’s strategy focused on the importance of Times Square, one of the busiest and most visited public squares on earth, as a conduit for the immense public viewing of Rumors of War. While the statue would find its eventual and permanent home in Virginia, the purpose of our video was to showcase just how important it was for the world to be introduced to Rumors of War in the pluralistic, massively visited, and globally recognized Times Square.

In the production of this video, our team focused on capturing on the street interviews with public visitors to the unveiling of the statue. This allowed us to gain an understanding of how important the existence of this piece would be both to regular folks passing through Times Square and to those making a deliberate journey to see Rumors of War. Responses were thought provoking and inspiring; many finally saw a representation that resembled the communities and families they love while confronting a complicated legacy that is both steeped in history and the present day. Filming the speeches granted our team the opportunity to interweave artist Kehinde Wiley’s vision and expression with the emotional reactions of the visitors to Rumors of War.

Our intention within the video was to get New Yorkers and visitors to the city to be excited to see Rumors of War in Times Square. Given that the statue would land in Richmond after a few months in Manhattan, our video sought to excite the public with the opportunity to see this piece in what is a tremendously diverse urban setting, presenting those visitors to the statue with the opportunity to have important conversations that amplify the declaration of the work.

Our documentation of Rumors of War resulted in this video that invites and excites visitors to not only visit the massive public statue in Times Square, but to also challenge and reimagine what public art can look like and who can be represented in artworks of this scale. The video successfully expressed the sentiments of the crowd on the day of the unveiling: excitement for a more diverse visual landscape and joy for the new imagining of inclusivity in public artworks. Our team’s goal was to create a video that represented the energy and historical importance of that day, and we met our vision by creating a video work that would galvanize viewers and audiences to create that day over and over again as they visited Rumors of War throughout its stay in Times Square.

Video for Rumors of War 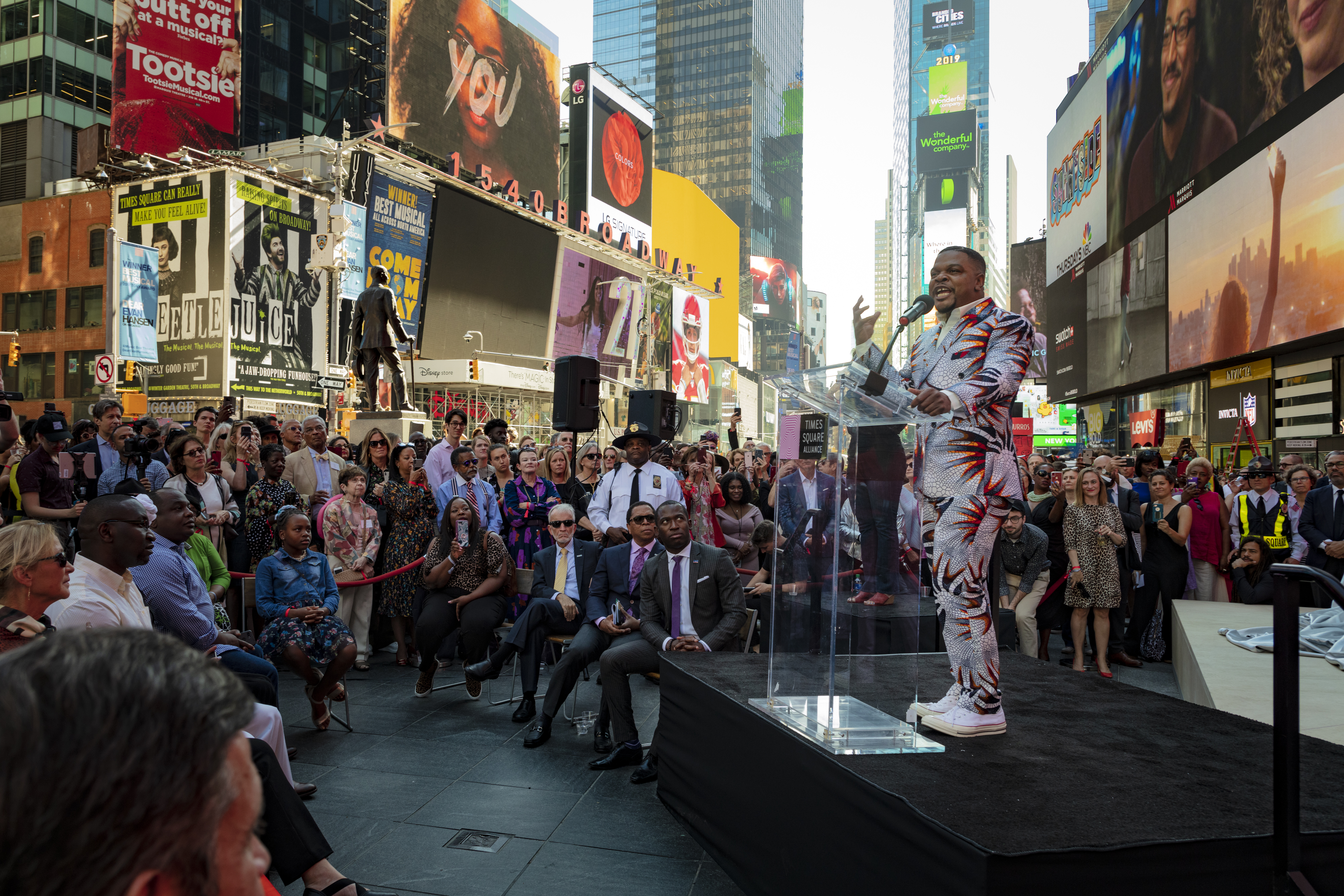 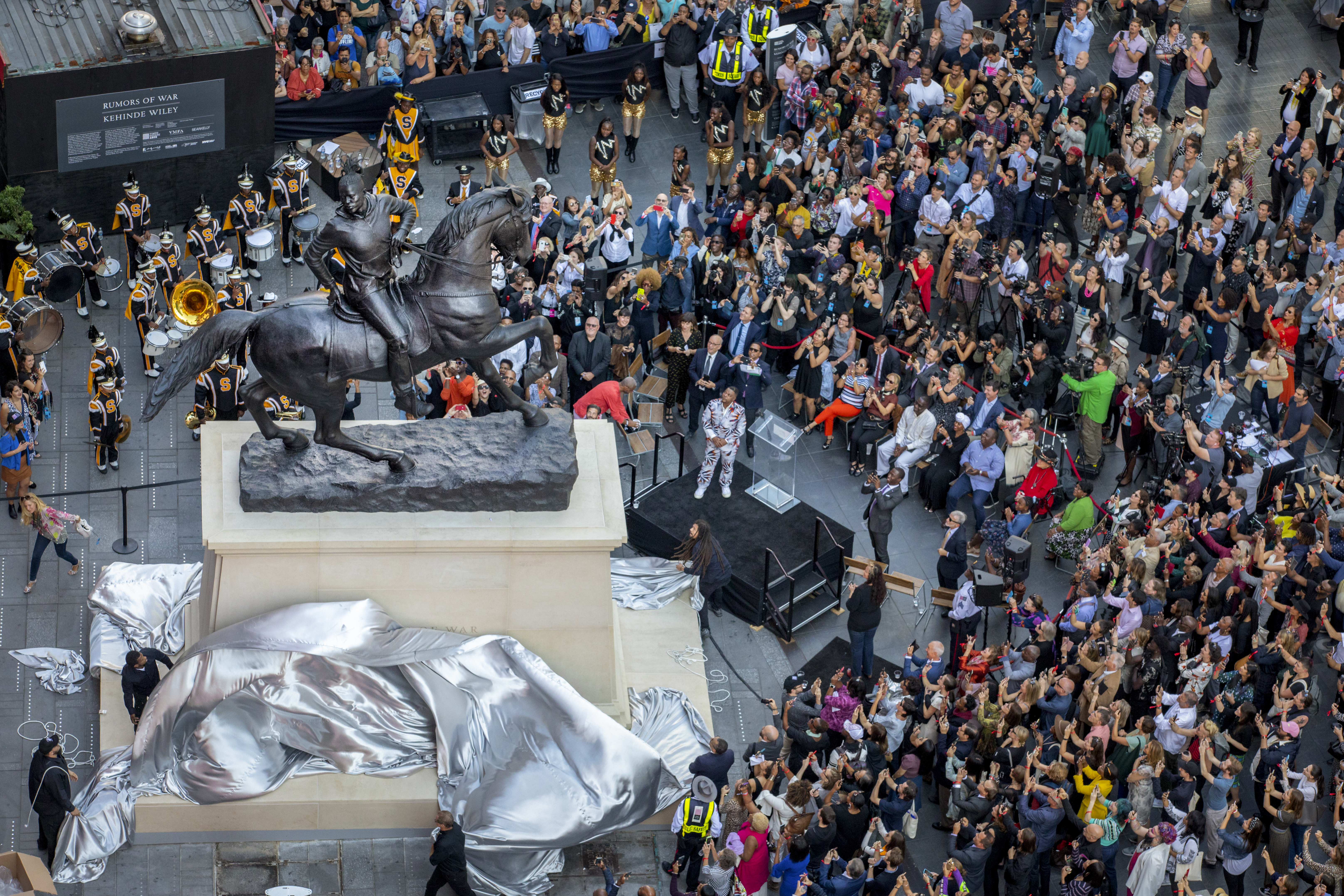 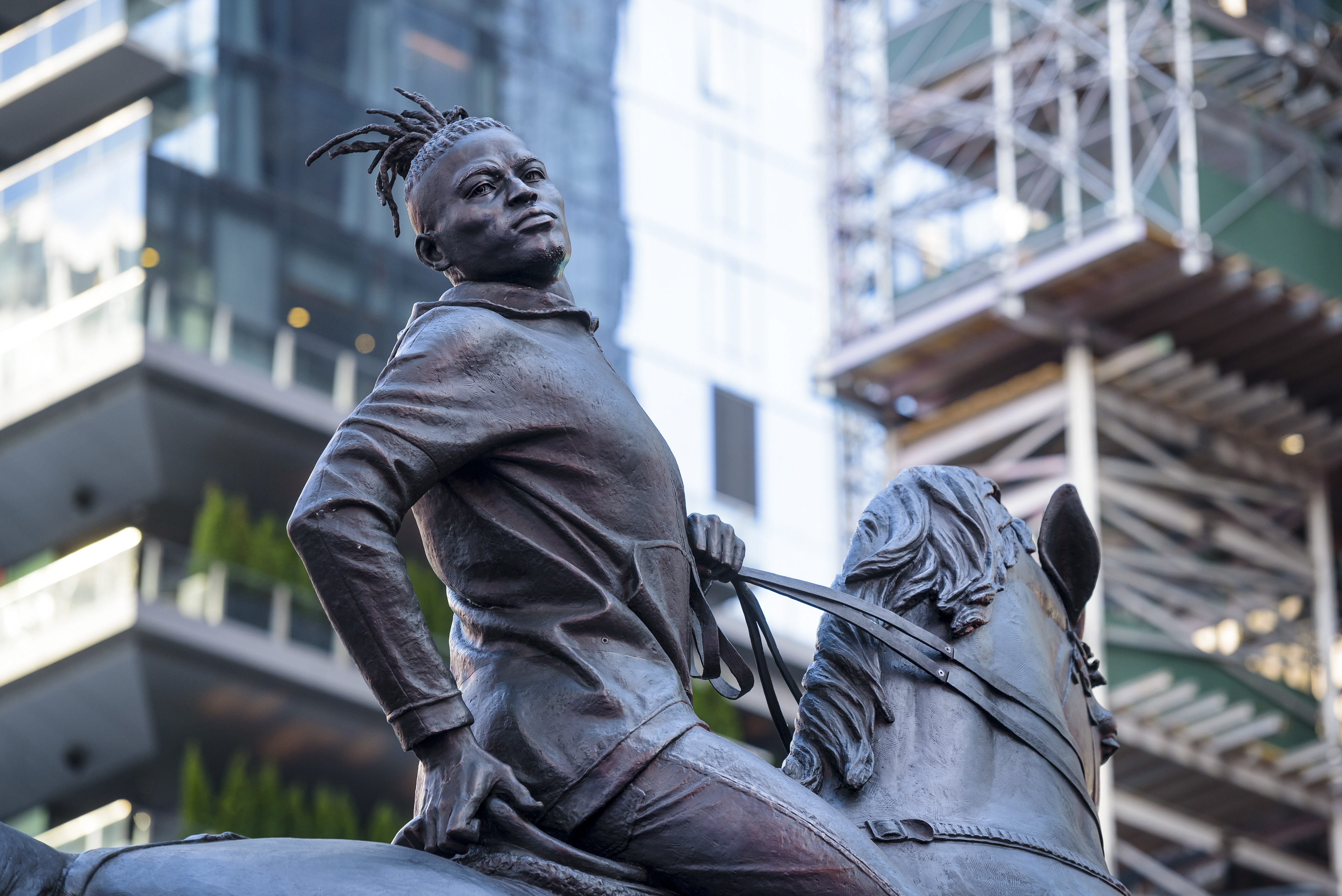 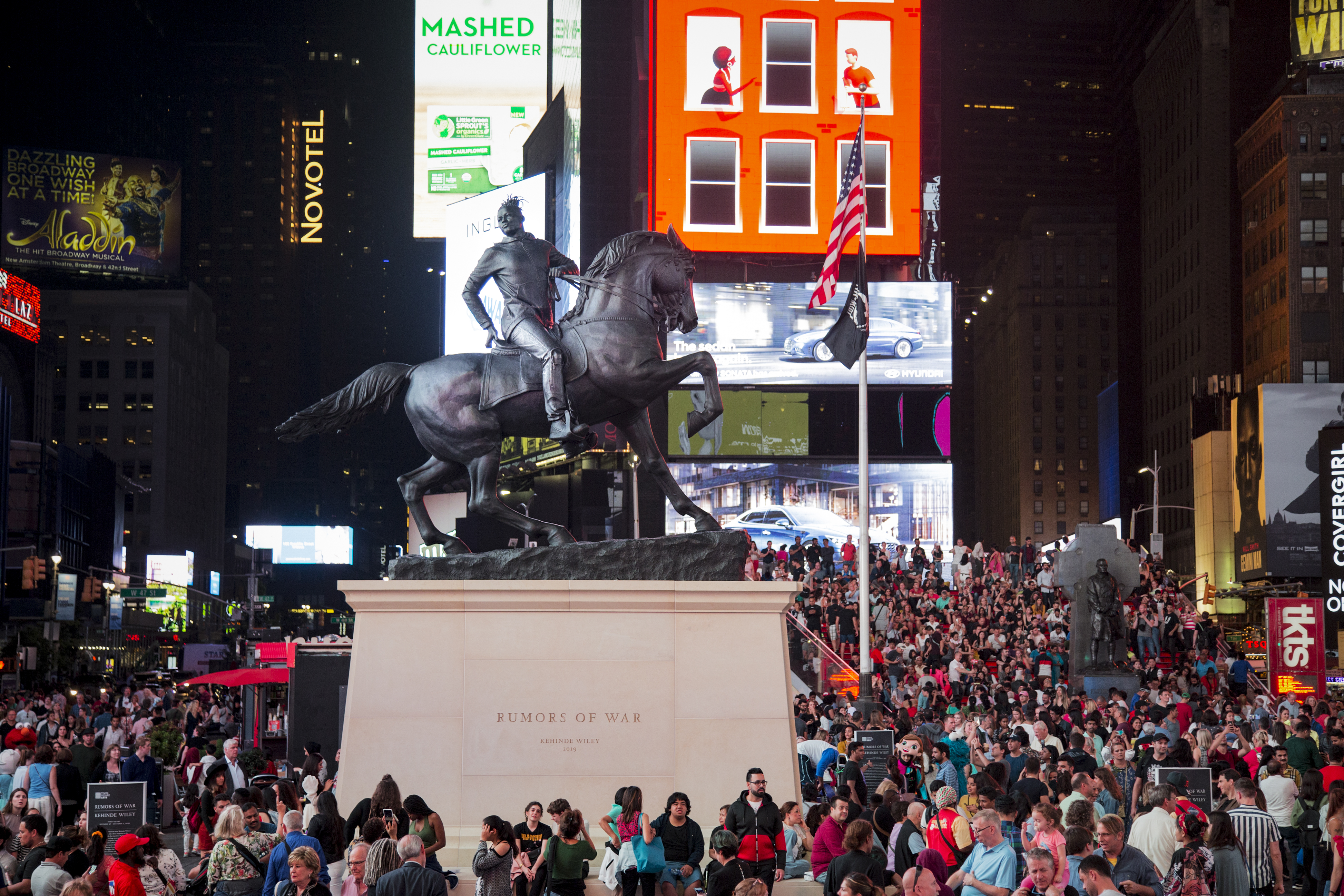