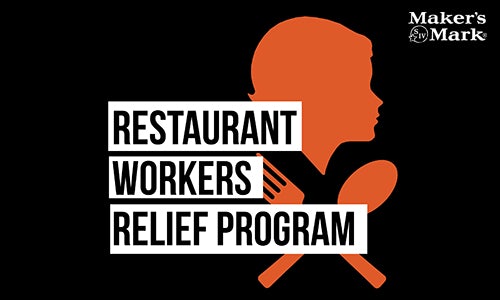 Independent restaurants are an essential ingredient to a vibrant community. They are also an essential ingredient to Maker’s Mark’s success. When COVID-19 shut down restaurants across America, Maker’s Mark sought to support and uplift the restaurant community through a collaboration with Chef Edward Lee and The LEE Initiative. Maker’s Mark helped launch the Restaurant Workers Relief Program with an initial donation and continued fundraising, generating awareness and support. The program turned restaurants across the country into relief centers for impacted restaurant workers, where hundreds of prepared meals were handed out nightly in addition to supplies like baby formula, diapers and dog food.

While Maker’s Mark continued to help fund the initiative as it expanded to different cities, there was a lot more needed to expand and sustain the program long-term. The brand immediately turned its focus to online and social efforts, raising awareness and funds with the goal to reach as many affected restaurant workers as possible, for as long as needed.

Maker’s Mark quickly assessed its pre-pandemic marketing plans and identified opportunities to pivot social and digital efforts to raise awareness of the Restaurant Workers Relief Program and the support required to maintain the program long-term.

A previously planned concert with Moon Taxi became a virtual benefit concert on Facebook Live. The happy hour concert was a way to connect the community virtually, lift spirits and support restaurant community members in urgent need. In addition to inviting our brand fans and restaurant community members, we partnered with Moon Taxi to reach its social following and a broader audience organically on Facebook.

An Instagram content series highlighted local relief centers, chefs, volunteers and the ongoing community impact of the program, including a link to resources for those affected workers in need, information for those looking to help and a “donate now” button for a seamless call-to-action that could easily be shared among followers.

Lastly, Maker’s Mark Ambassadors were enlisted. Ambassadors are the brand’s most ardent supporters, and they were asked to help spread the word to their local restaurant communities and friends. Our insider email included an update on the initiative and information on how to get involved or donate money or supplies.

Maker’s Mark’s website included a homepage takeover with details of the program and a call-to-action to learn more with the resources available to get involved.

To date, Maker’s Mark and The LEE Initiative have raised over $3.5MM and established local relief centers in 17 cities with over 350,000 meals distributed to restaurant workers in need.

Social media efforts reached over 665,000 Maker’s Mark fans and directly drove over 8,395 users to The LEE Initiative website to donate. 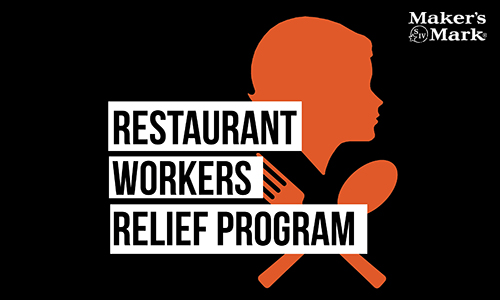 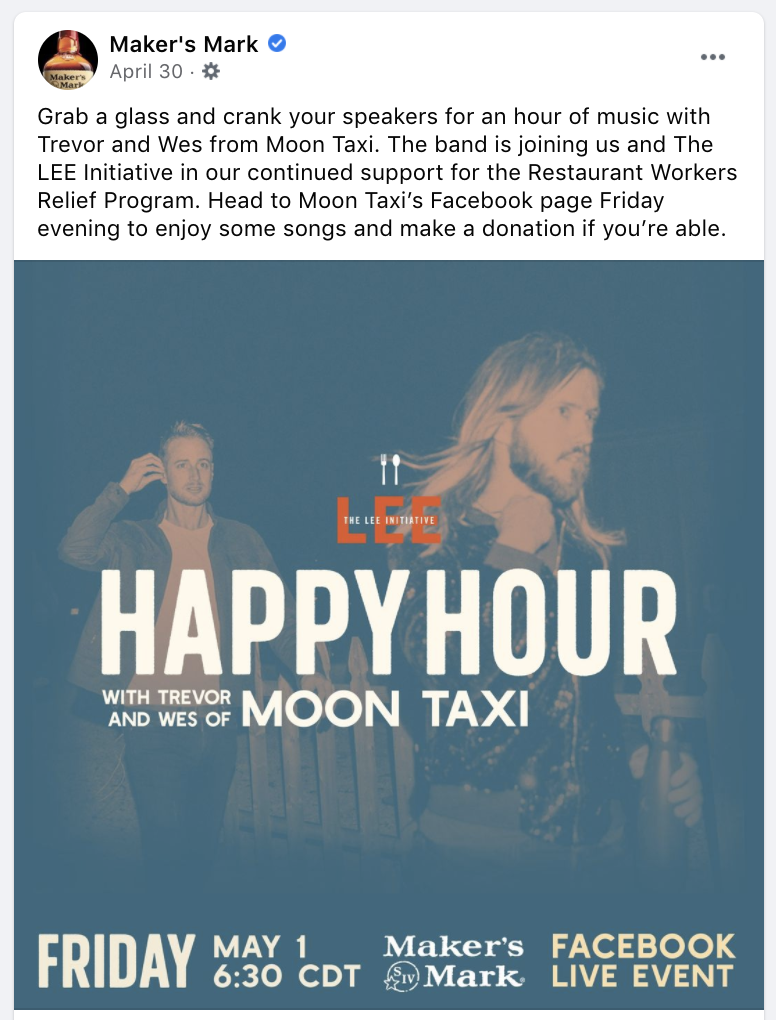 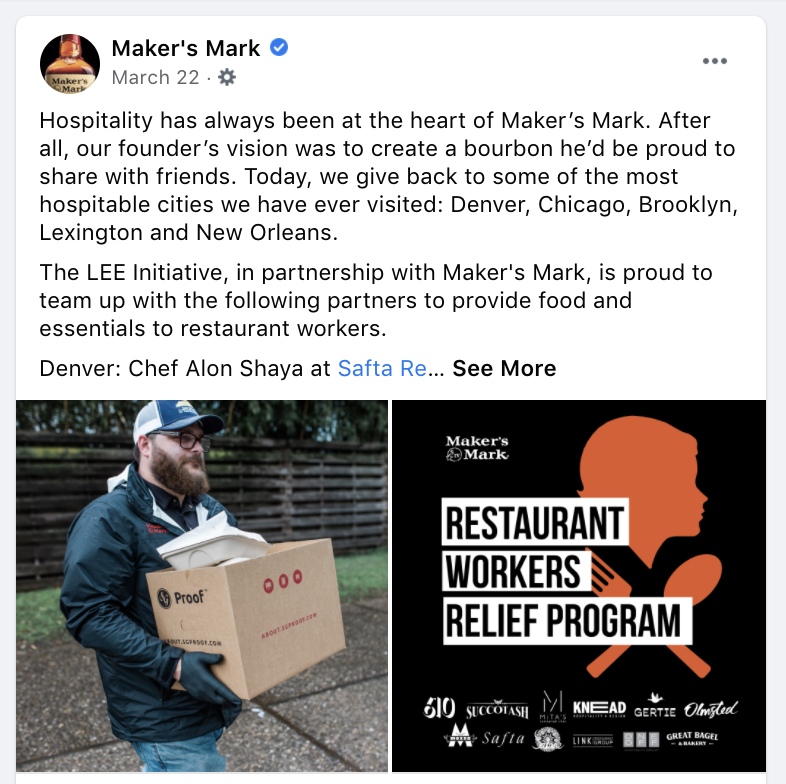 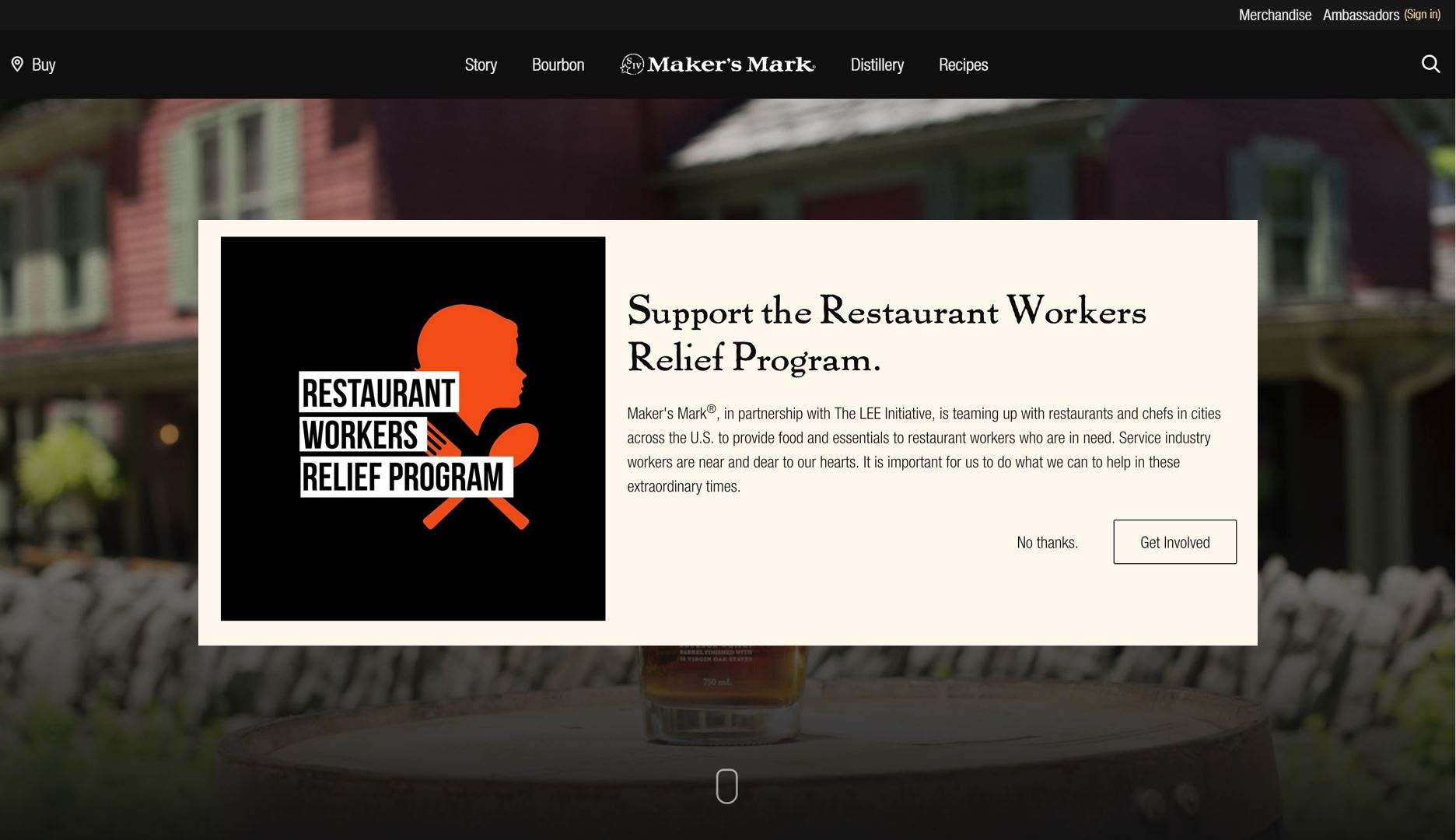 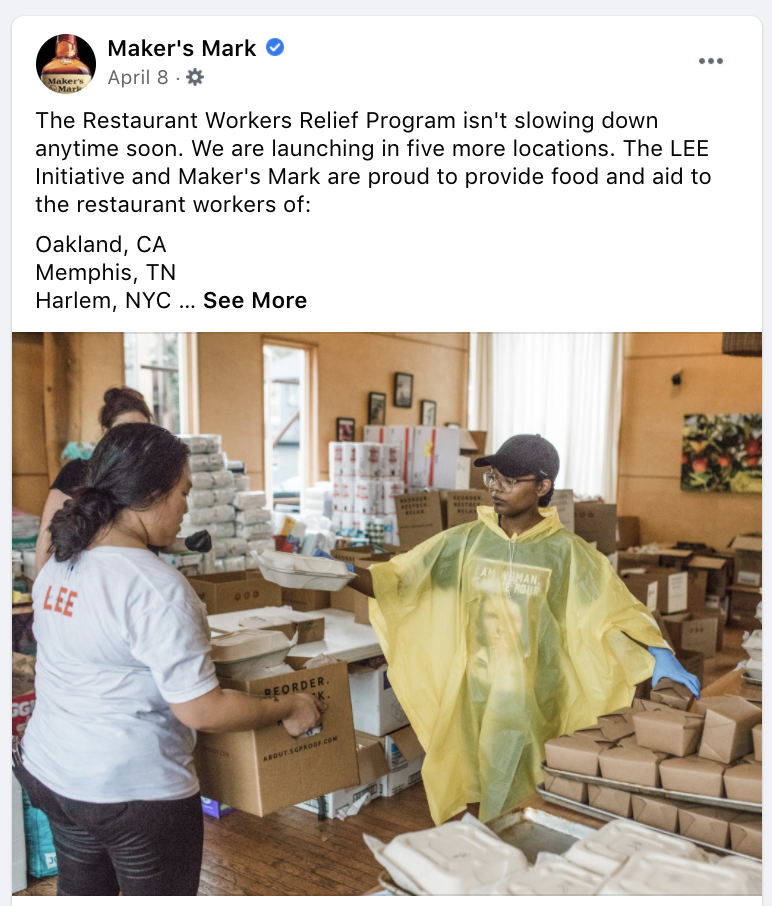 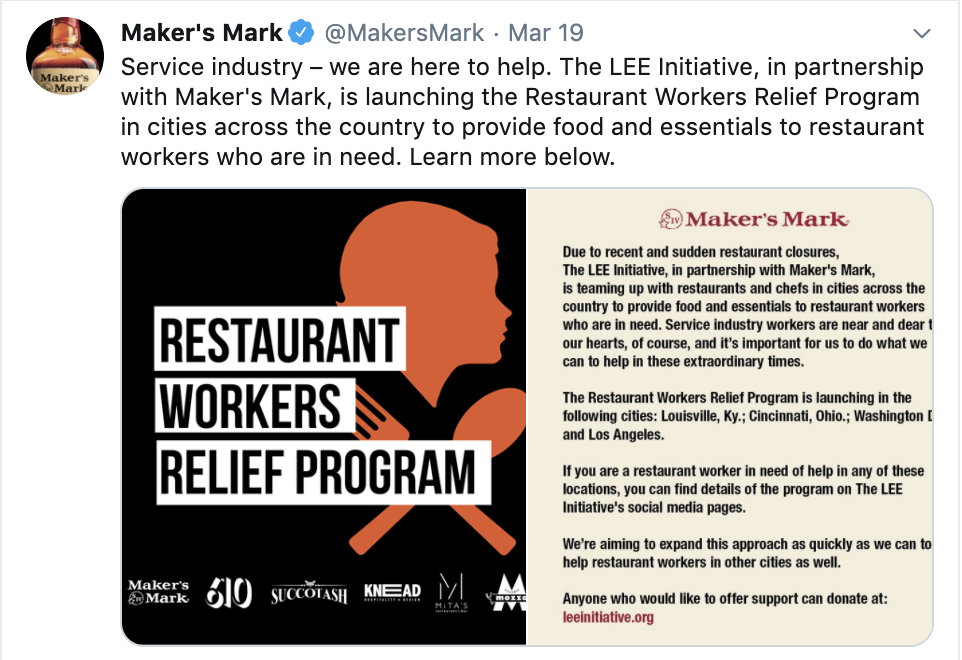