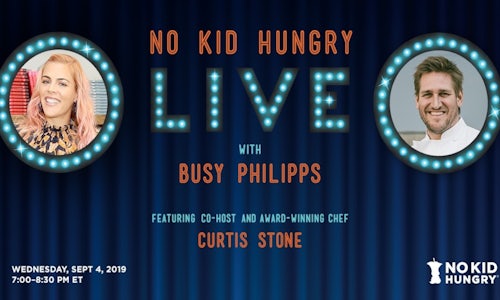 In 2019, 111+ million Americans live streamed videos thanks to accessible live stream technology by platforms such as YouTube, Facebook, and others. No Kid Hungry wanted to meet people where they are – their smartphones, desktops and tablets – and show up in this space in a fun yet meaningful way. In re-imagining the approach for Dine for No Kid Hungry, No Kid Hungry teamed up with Telescope Inc. to produce and power their large scale live stream event in order to create a far-reaching moment without geographical constraints to tell their story and compel people to dine at partner restaurants in support of ending childhood hunger.

We created a national moment complete with celebrity star power to kick off the campaign - No Kid Hungry Live with Busy Philipps, a live streamed variety show that aired on September 4, 2019. Co-hosted by award-winning chef and No Kid Hungry advocate Curtis Stone and featuring 12 other celebrities including Angela Kinsey, Ike Barinholtz, chef Brooke Williamson and more. It streamed simultaneously for nearly 2 hours to Facebook, Instagram, Twitter and YouTube, incorporating live feed integration to the innovation kitchens and headquarters of 11 partner restaurants across the country (Grub Hub, Arby’s, Shake Shack, QDOBA, Noodles World Kitchen) where they unveiled one-of-a-kind sweepstakes prizes that viewers could enter to win by visiting the campaign page. The sweepstakes ran from September 4 - 30, enabling No Kid Hungry to drive traffic to the campaign webpage all month long. Lucky winners won prizes including a $5,000 gift card from Grub Hub and a five-course dinner from Noodles & Company. To further viewer engagement, we also integrated other partners through live interactive polls where viewers voted in real-time within the comments section on fun questions throughout the stream.

Busy and Curtis led outrageously funny moments and games, featured surprise guests, and showcased heroes leading the fight against childhood hunger all with the goal of compelling our target audience to tune in – and Dine for No Kid Hungry. Furthermore, the campaign landing page prominently featured an interactive map in which users could find participating restaurant locations near them.

Key to our success involved:

We drove over 278,000 views of ‘No Kid Hungry Live’ across Facebook, Twitter, Instagram and YouTube. The campaign landing page received 170K+ visits throughout September. The campaign garnered over 212 million media impressions and over 20 media placements, including features in PEOPLE.com and TODAY.com. On social, the campaign hashtag #DineForNoKidHungry garnered 113M+ impressions. The sweepstakes received more than 51,000 entries.

Video for No Kid Hungry Live with Busy Philipps 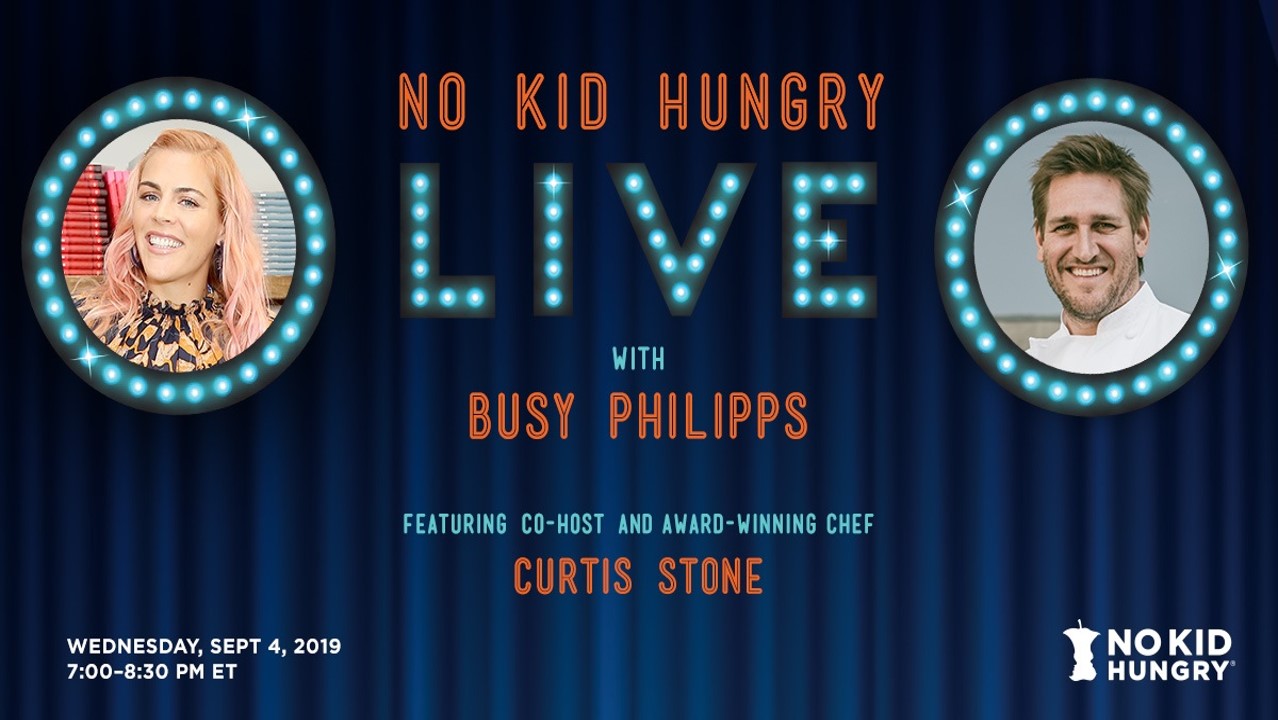 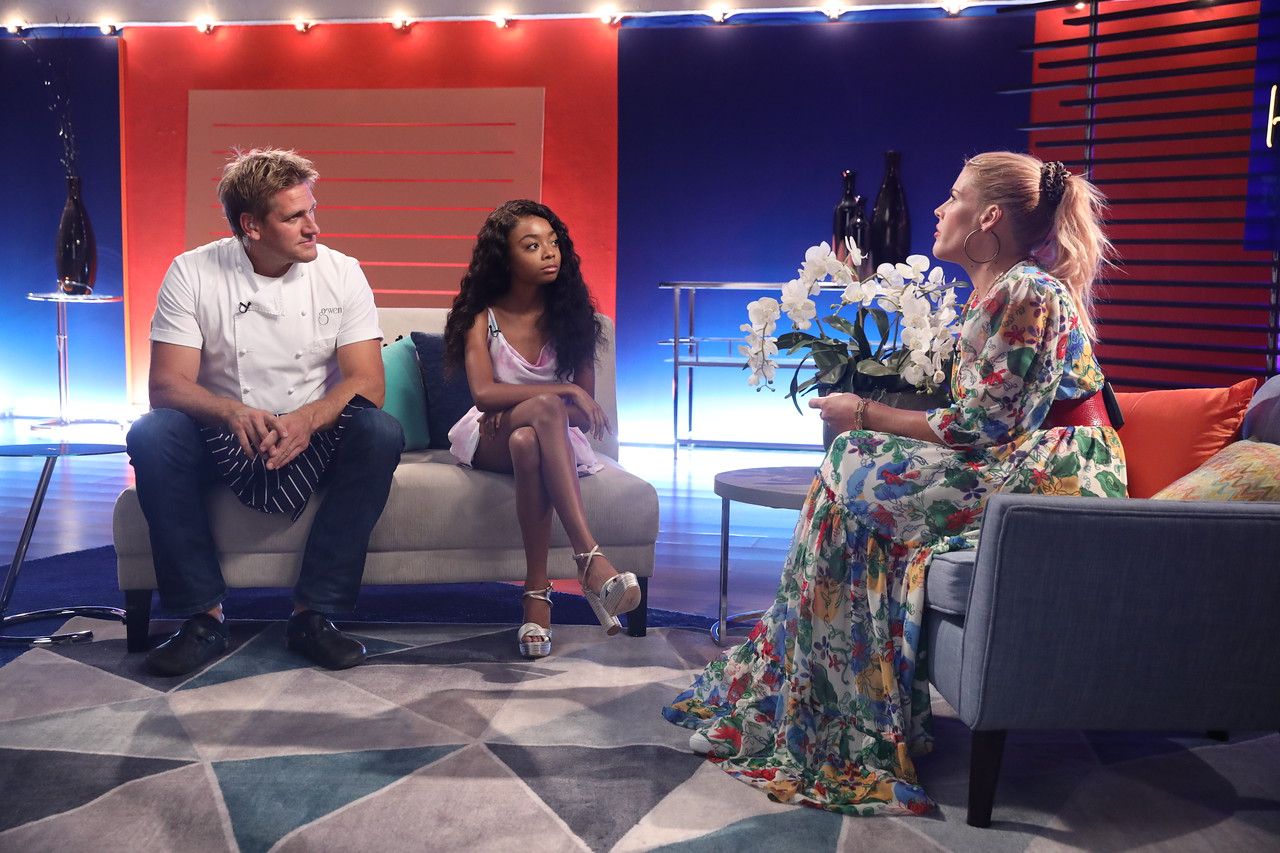 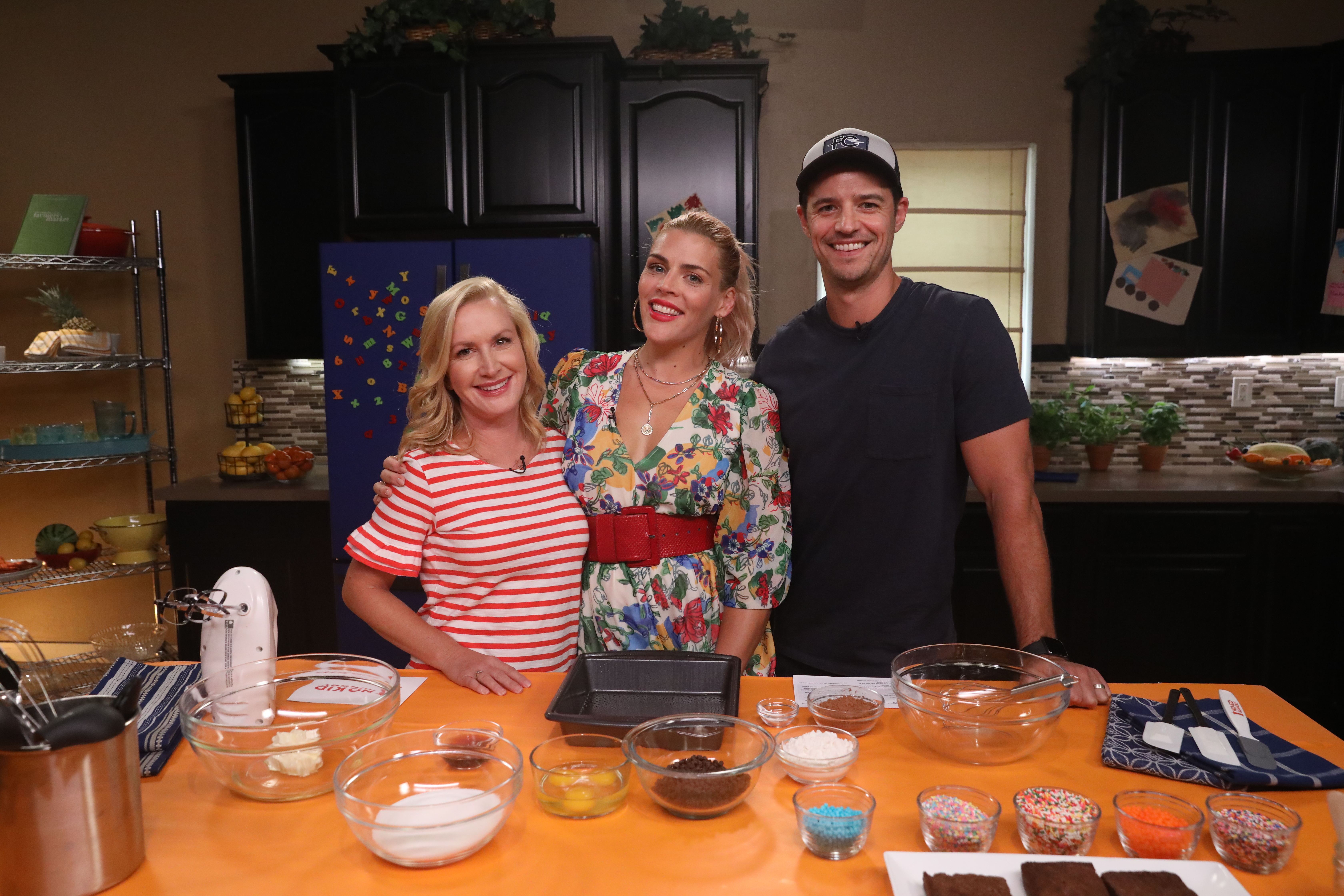 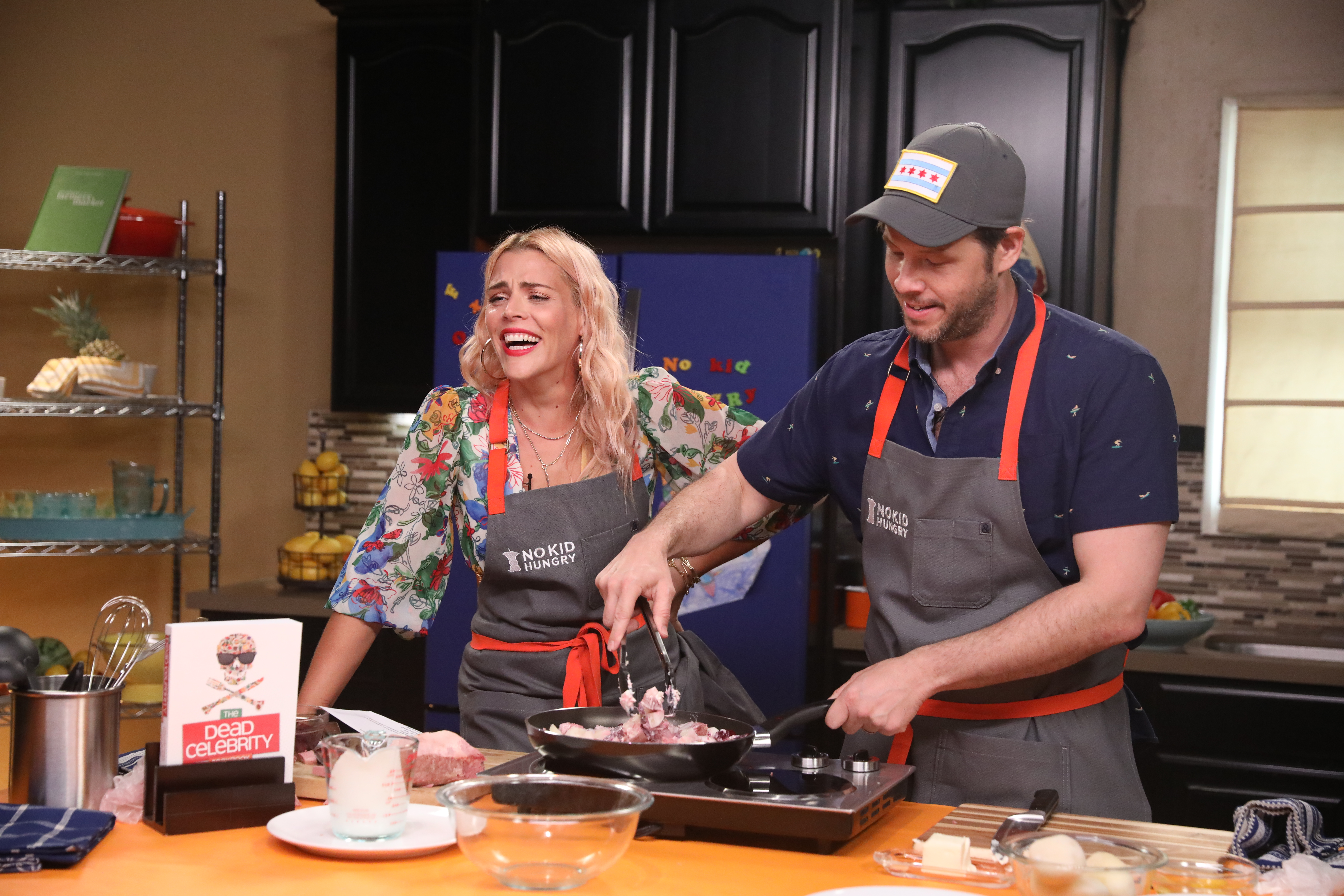