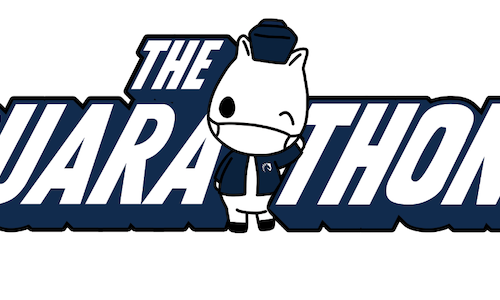 The goal was simple: Contribute to the fight against COVID-19 through awareness, fundraising, and a little bit of levity for those impacted by the disease.

As one of the world's leading esports organizations,Team Liquid is no stranger to livestreaming. And, what better way to leverage the organization's expertise than supporting a worthy cause? Enter Quaranthon, a week-long streaming marathon featuring nearly 50 streamers, pro players, Team Liquid staff and friends in benefit of Direct Relief’s COVID-19 efforts.

Quarathon was designed to contribute to the fight against the pandemic, an opportunity for Team Liquid's to effect change in the world beyond competitive gaming.

The Team Liquid Quarathon took place from March 21 through March 29 on Twitch.tv. Thousands of unique viewers tuned in to chat with their favorite streamers, support the mission of Direct Relief and perhaps, find some semblance of normality amid an epoch-defining pandemic.

Throughout the week, participants from the likes of Dota 2 player Samuel “Boxi” Svahn to CS:GO’s Russell “Twistzz” Van Dulken hosted back-to-back, original streams across personal and Team Liquid Twitch channels (namely twitch.tv/teamliquid). Before, during and after each stream, talent encouraged viewers to donate to Direct Relief and the humanitarian aid organization’s ongoing COVID-19 response efforts. EDM group Adventure Club debuted a new song during their leg of the stream. PeterParkTV wore a dog costume, shaved his head, and raised $7,300 in only a handful of hours. And when Team Liquid Counter-Strike: Global Offensive star Jake "Stewie2K" Yip reached $1,765 in donations, he generously funded the rest of his $4,000 goal himself.

Team Liquid promoted the Quarathon across its social media channels (Twitter, Facebook, YouTube, among others), attracting audiences to smaller streamers they might not have viewed before. As a result of COVID-19, Twitch viewership increased by nearly 25% (according to some metrics), and the Quarathon was a direct beneficiary of this interest.

Multiple participants shared how much fun they had streaming. Others mentioned they wanted to do a charity stream earlier, but didn’t know how or where to get started. With Team Liquid’s help, these streamers got a head start on prep work and setup, making execution a breeze. Multiple viewers from the Twitch community (incl. Radpuppy) reached out upon seeing the Quarathon announcement to ask about how they could get involved. 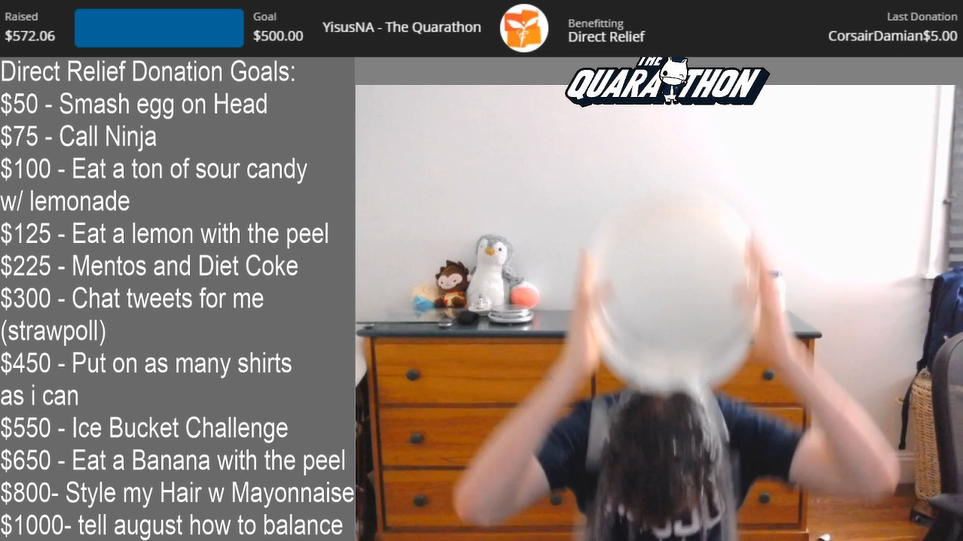 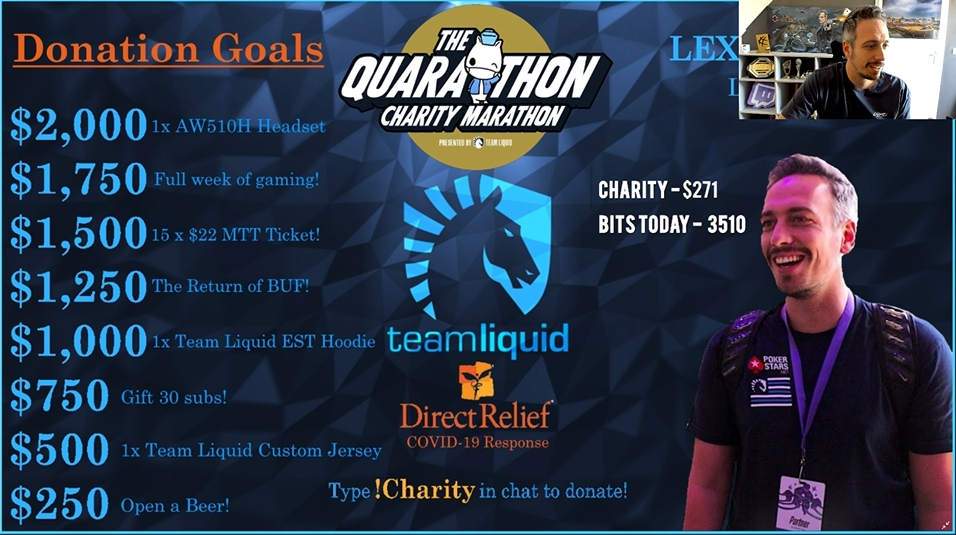 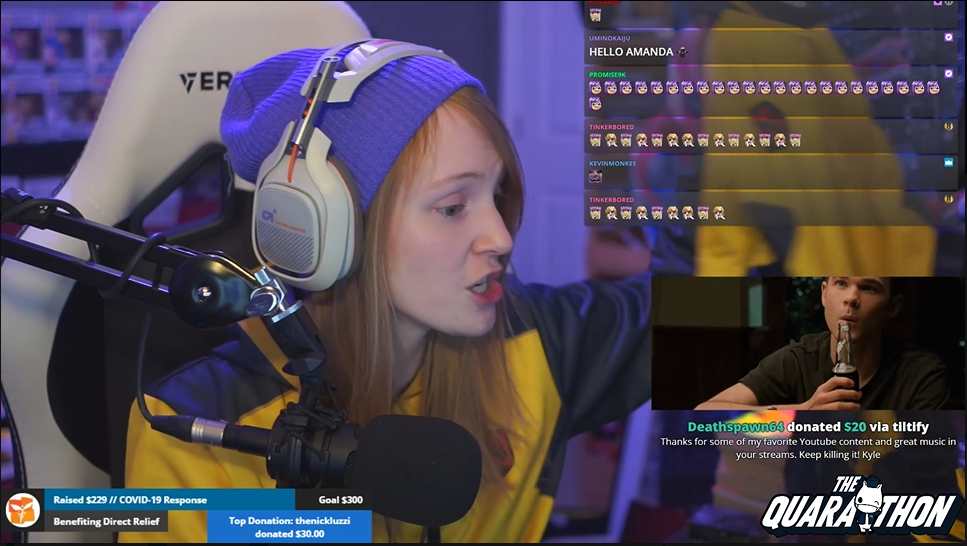 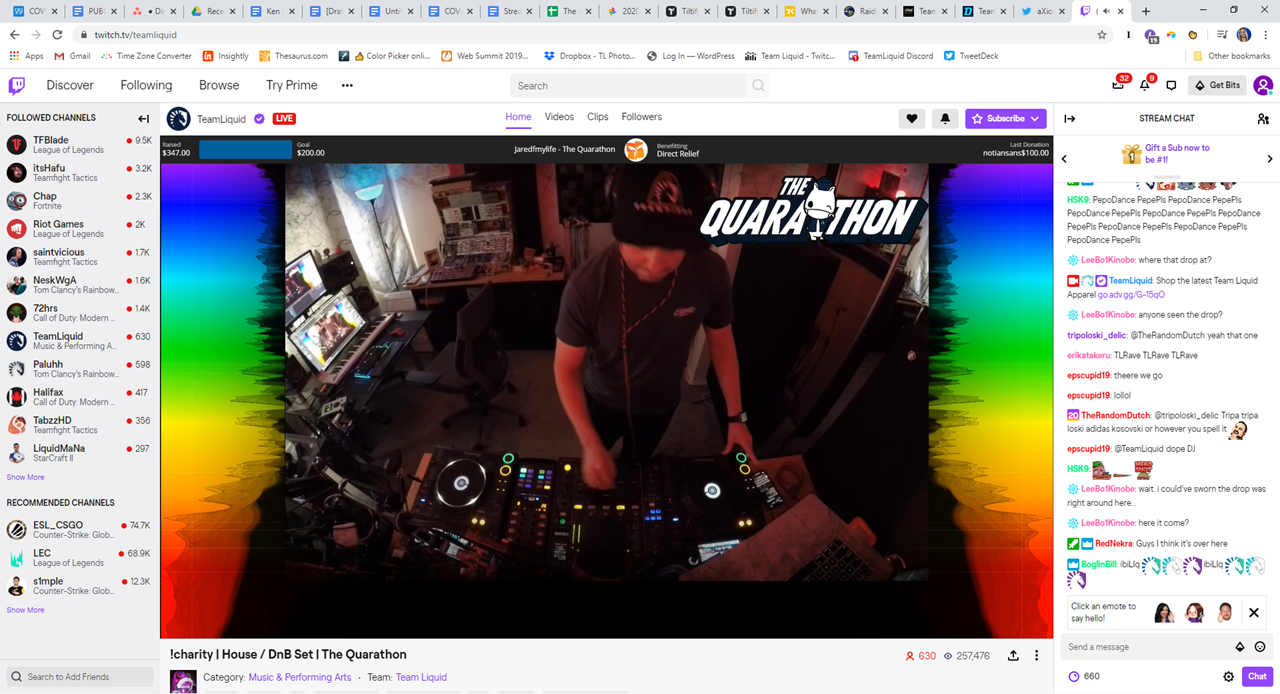 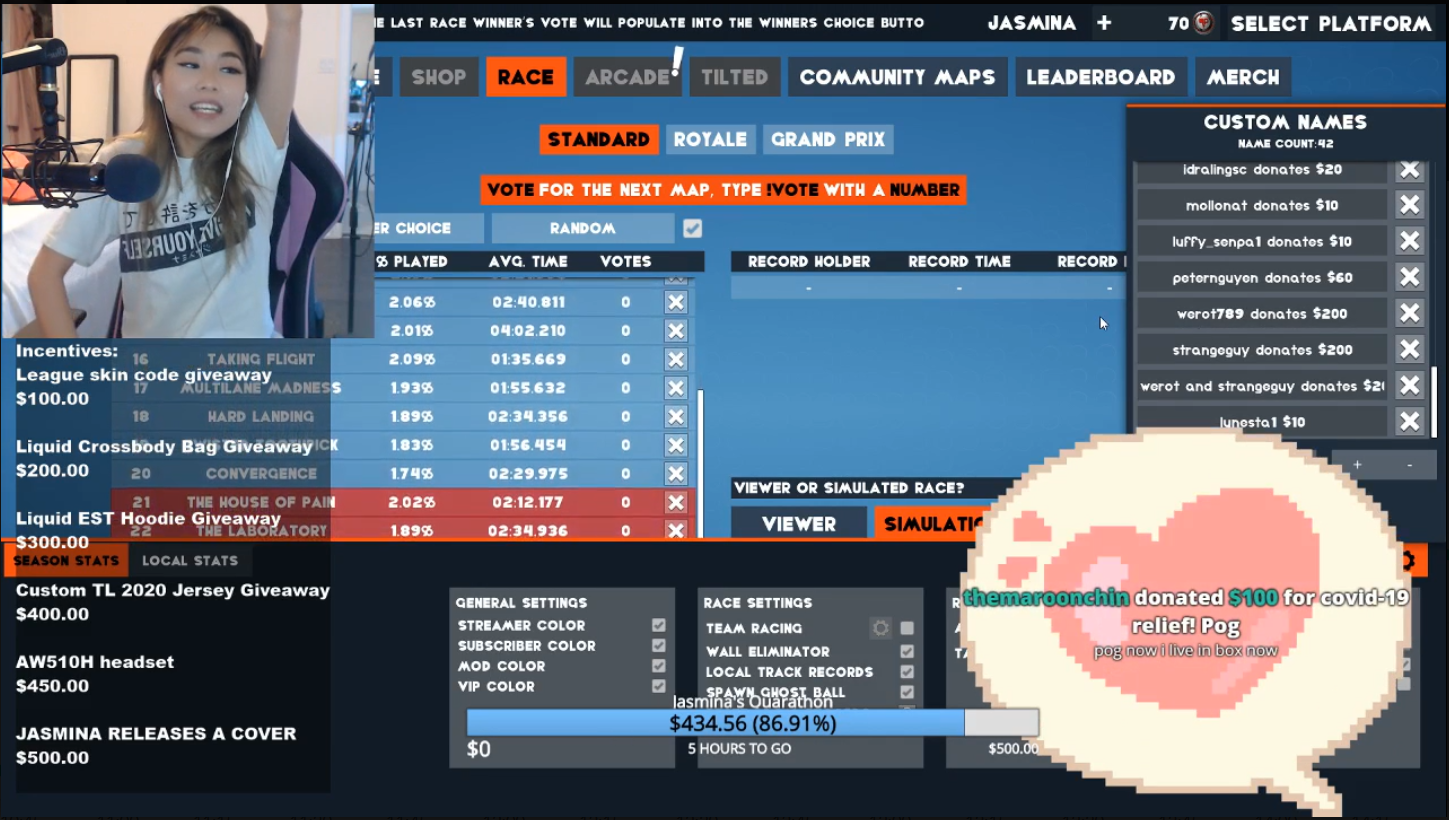