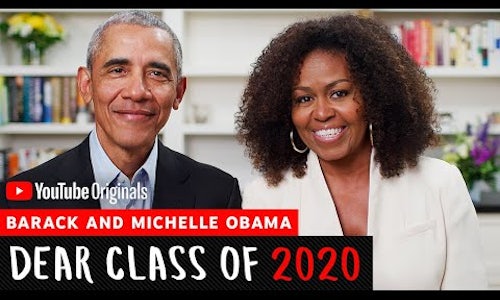 Dear Class of 2020 was developed by the YouTube Originals’ Learning and Impact team in April of 2020, shortly after the threat of Covid-19 and stay-at-home orders across the nation dramatically altered the scope of public life. We conceived of and produced the show as a virtual commencement to bring together inspirational leaders, celebrities, and YouTube creators to celebrate graduates, their families, and their communities, who would otherwise lose their opportunities to celebrate the tremendous milestone of graduation. YouTube’s global engagement and native usership demographics better positioned us over any other outlet to reach this particular age group in their homes, allowing us to attract an unbelievable all-star line-up including President Barack Obama, Michelle Obama, Beyoncé Knowles-Carter, BTS, Chloe x Halle, Lizzo, Maluma, Former Secretary of Defence Robert M. Gates, Katy Perry, Google CEO Sundar Pichai, Former Secretary of State Condoleezza Rice, Dude Perfect, Emma Chamberlain, John Green, NikkieTutorials, Mark Rober and many more! The show also included user-generated content from graduating students whom we invited to participate by uploading their own video through a “Dear Class of 2020” microsite, and a graduation speech written and delivered by 25 students from around the country. The after-party, in collaboration with YouTube Music, featured headliners BTS, CNCO and Megan Thee Stallion.

Producing a show of this magnitude in 7 weeks, remotely during Covid-19 was a monumental task that paved a new path for production. Some highlights include: BTS filming at the closed National Museum of Korea; producing an amazing rendition of Shawn Mendes “Nothing Holding Me Back” performed by the AMDA Performing Arts Choir and Diamond Bar High School marching band that was both stylistic and maintained social distancing protocol;; and over a two-day timeframe, we produced a segment with 50 members of the New York Philharmonic to play ‘Pomp and Circumstance’ with Lizzo.

YouTube Originals is one of the most nimble, current, and innovative names in the television and digital spaces, and never was that on greater display than in the week leading up to the June 7th livestream. As our country’s cultural climate dramatically shifted in the wake of the death of George Floyd, we realized that a relentlessly celebratory, star-studded event no longer matched the national mood. We had an obligation and an opportunity to enable our star talent to adjust their message and tone to speak to the current moment. We re-recorded segments with Beyonce, Lady Gaga, Bono, Alicia Keys, President and Mrs. Obama, and more so that they could deliver a message that spoke directly to the movement. The entire 4.5-hour spectacle was re-delivered less than 24 hours before air.

The result was an entertaining blend of hope, inspiration, wisdom, and fun, fed live to viewers in a nearly 5-hour stream and over 50 videos of ancillary content. In less than 48 hours, Dear Class of 2020 became YouTube Originals' most successful program ever with over 17M views within 24 hours and 28M+ views within 48 hours. At its peak, the event had over 655,000 concurrent viewers and hit the Youtube trending tab in 89 countries, taking the #1 spot in 15 countries, with 9 ancillary videos trending.

The NY Times also released an additional artistic rendition piece on June 10 that combined words from the talent with illustrative expressions that reminded grads what to reflect on, act on and remember as we move forward through these uncertain times.

#DearClassOf2020 was mentioned 3M times across social channels on June 7th, making it the most talked about YTO launch ever, with sentiment overwhelmingly positive as grads expressed excitement at seeing their favorite people come together to honor them. #DearClassOf2020 was the #1 Twitter trend in the world for four straight hours. At the closing minutes of the program, 11 of the top 30 trending US topics on Twitter were related to #DearClassOf2020. 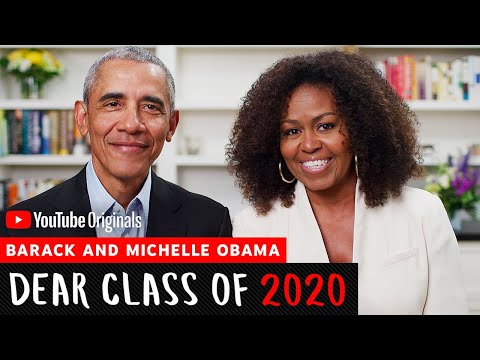