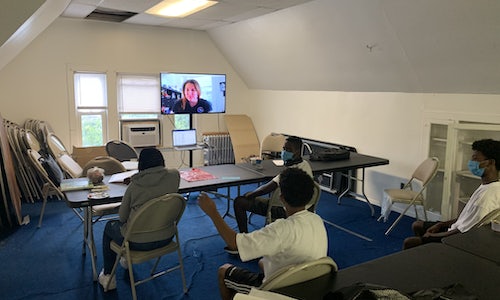 Southeast Queens resident and organizer Timothy Turane wanted to address senseless gun violence with a measurable action. Between the months of June and July, New York City spiked in gun violence by 130% according to the New York Times. The gun violence included the murder of a 1-year old boy.

The concept of the program was simple. The American Legion, a 101-year old organization for returning combat Veterans, will provide a safe haven for young people during uncertain times. Post 483, where this program took place, has been standing since 1934 in Rosedale, Queens when Black residents were not allowed to join.

The objective was to train youth in a skill that will allow them to engage with members of the community in a positive and productive way. Following the meeting with the Veterans Advisory Committee, the initiative gained approval and financial support to move forward by American Legion Post 483 and Vets Inc.

Queens, identified by many as the epicenter of the epicenter for the Coronavirus outbreak, was also the flashpoint for community and police relations following a May 30, 2020 protest co-organized by Tim Turane and The Excelling Church. It was at that moment planning began to take actionable steps towards improving the community. The objective is to serve our military Veteran family, their families, and the community.

The strategy needed to effectively engage kids during a pandemic. One of our significant challenges in New York City was the Covid-19 guidelines issued by the Governor. However we proceeded, it had to be with caution.

We first imagined design. The tools at our disposal at the American Legion included 6-foot tables, a standing supply of sanitizing and personal protection equipment, and square feet.

The participants sat at either end of the 6 foot during in-house instruction and were issued new personal protection equipment daily. We also purchased a thermometer to check the temperatures of the participants before they entered the building.

We were challenged with keeping youth between 12-17 engaged so they return the next day. Many youths are hands-on learners. We had to develop a plan to teach them a skill without letting them share items.

We implemented training on landscaping. Landscaping allowed each participant to have their own gloves, eye protection, and hard hats while still having the ability to interact. In landscaping, standing and working close proximity to one another is counter-productive and the participants were encouraged to work in sections of the yard with a 6-foot circumference between their colleagues.

However, landscaping during the summer months is hard work and there is a risk for heat exhaustion. We established a risk assessment and put rules in place to ensure safety. For one, we eliminated the need to ask an adult to use a phone, get water, or go to the bathroom. Not only did this strategy help develop business etiquette in our participants, but it also ensured no one waited until it was too late to address a concern. They're kids, not robots.

The next thing we did was coordinate with federal agencies to provide special information sessions to our youths via Zoom. We coordinated with members of the community to facilitate art therapy for the youth. Art therapy is an individualized project to help promote expression. At the same time, it was fun and the fun-sized easel was a welcomed tool the youths enjoyed having.

Covid-19 is best managed in a healthy body. We conducted one hour of physical training in a neighborhood park. The youths were given custom t-shirts to wear during the initiative. This allowed the leader to easily keep track of the participant during workouts.

Pens are a very easy way to spread the virus. We opted to allow parents to register via the internet. This allowed us to quickly reference phone numbers and emails and also track attendance.

The results of the initiative were having 17 young people from Southeast Queens successfully complete the program. These young people stayed out of trouble. While New York City is witnessing a 150% spike in gun violence, for five weeks our youth were confident being outside in public parks, marching around the neighborhood while saying military cadence, and wearing a uniform shirt.

The results led to a partnership with NASA. NASA joined our initiative and educated our youths on how to become an astronaut and shared opportunities with other fields within their agency.

The results led to the New York National Guard partnership. The Counter-Drug Task Force joined our initiative to engage directly with the youths and show them the negative effects of drugs on the body. It was tailored for the youths of Southeast Queens. The problems we face as a community is unique.

We self-funded this initiative. It came from the American Legion Post 483, VETS Inc, Veterans, Friends of Tim Turane, Veterans, and members of the community. 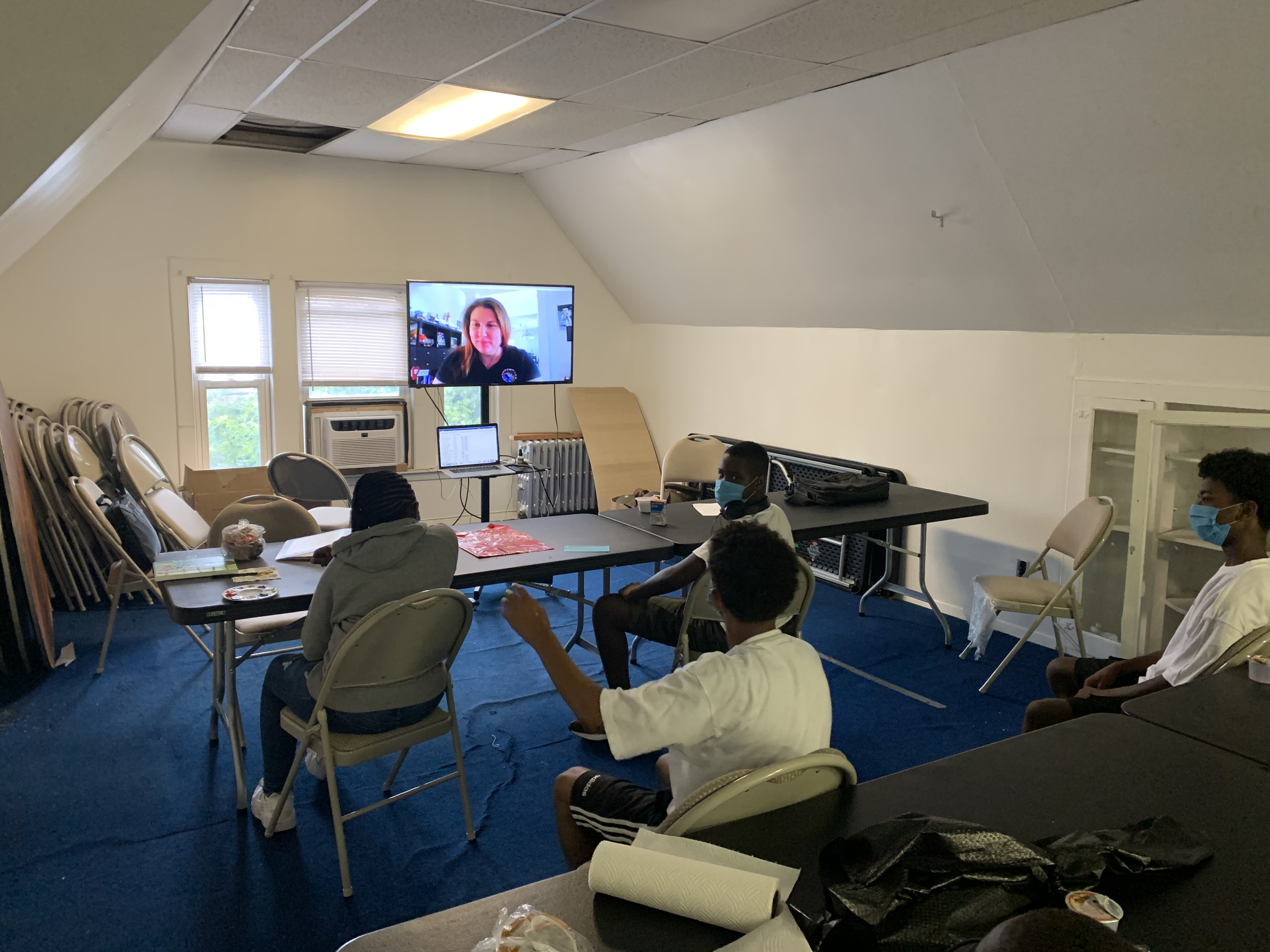 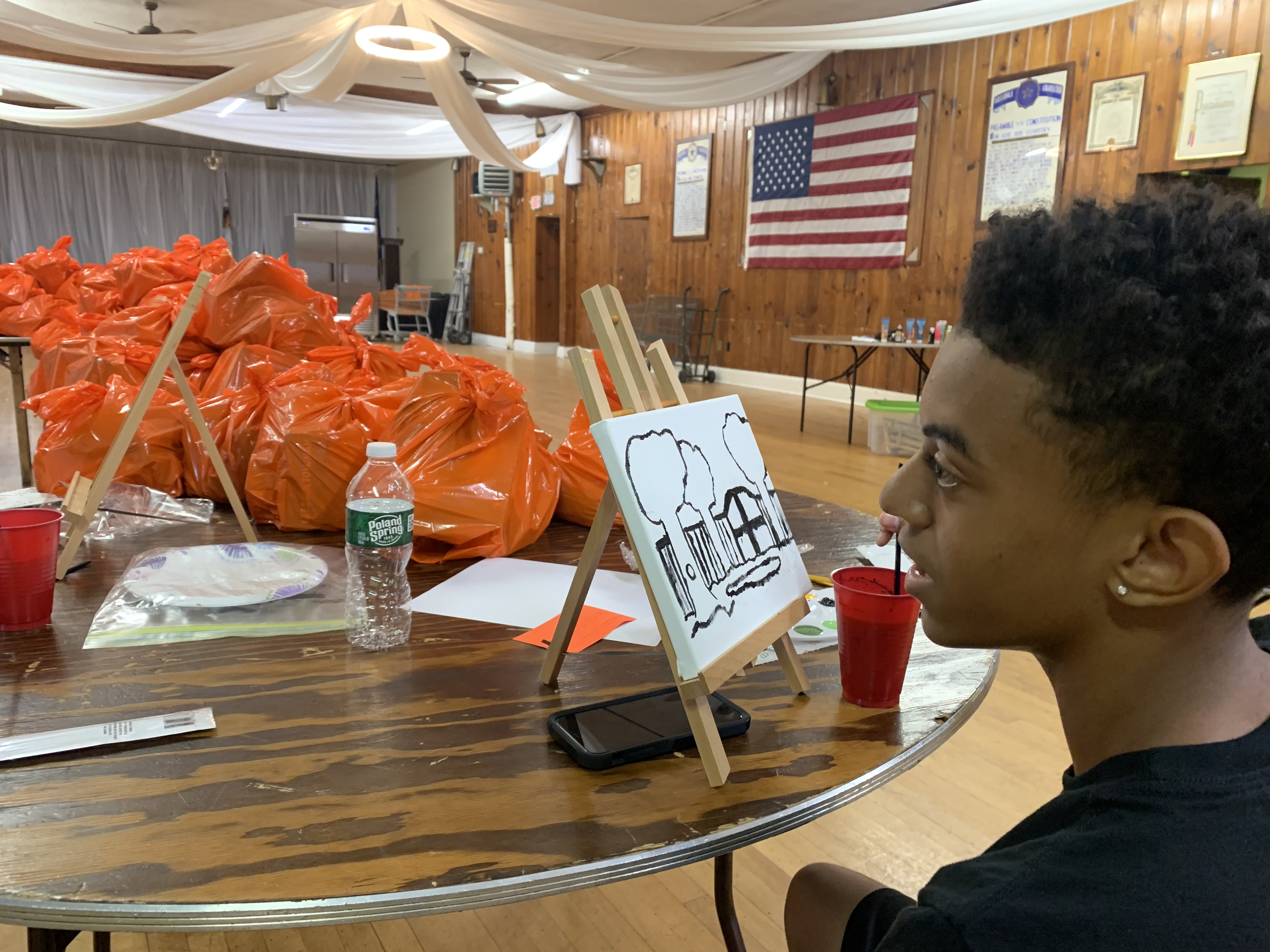 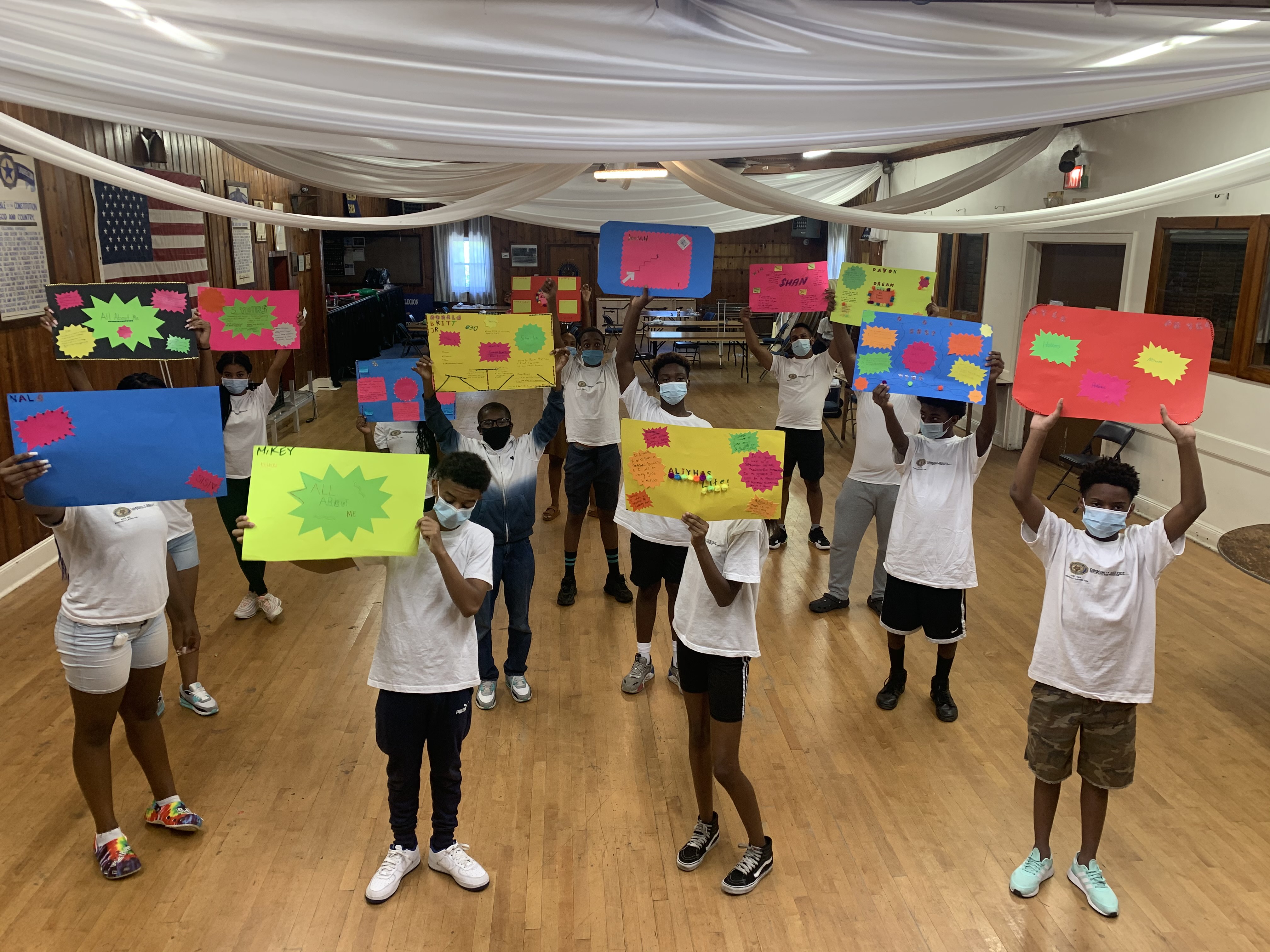 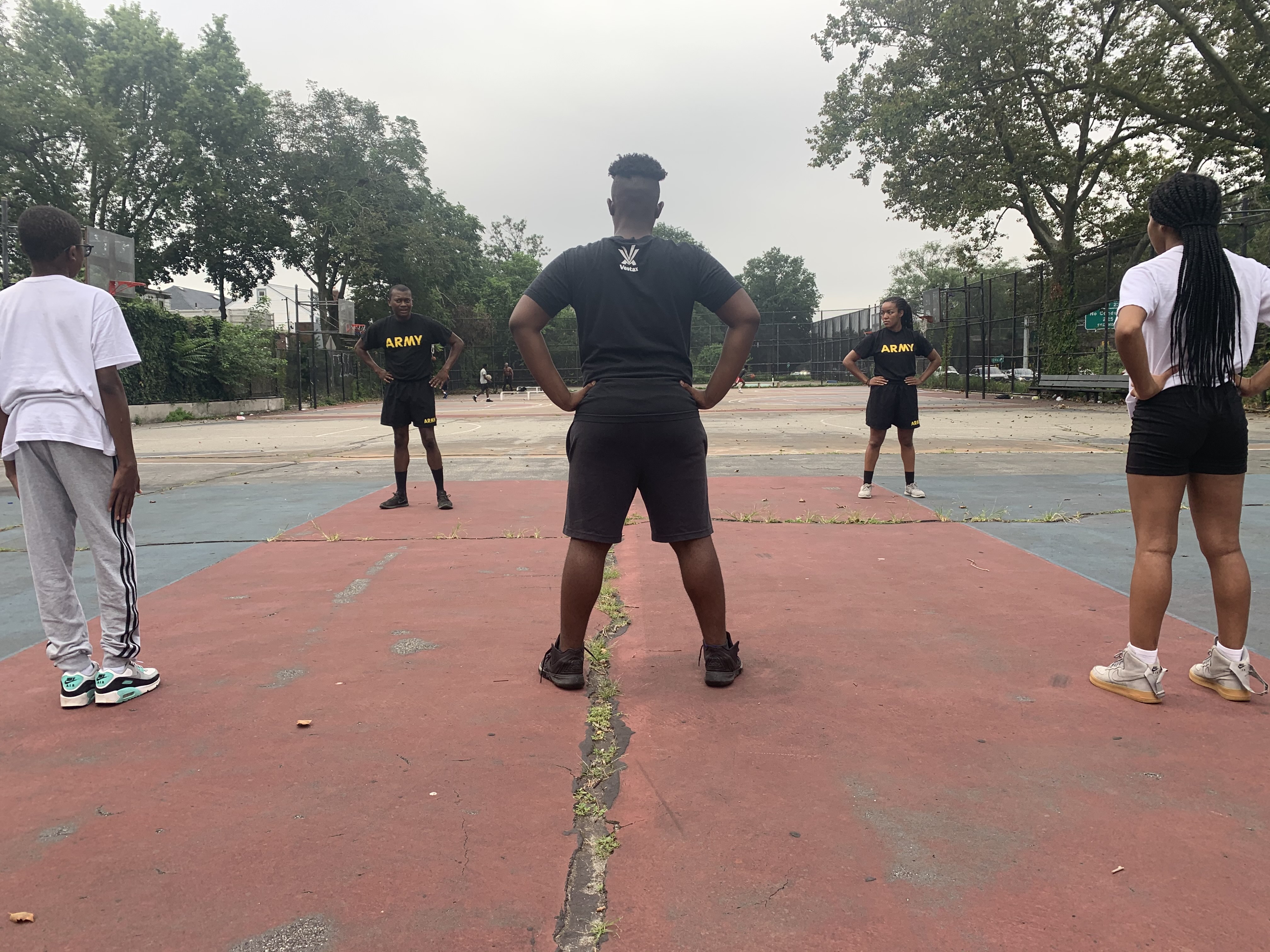 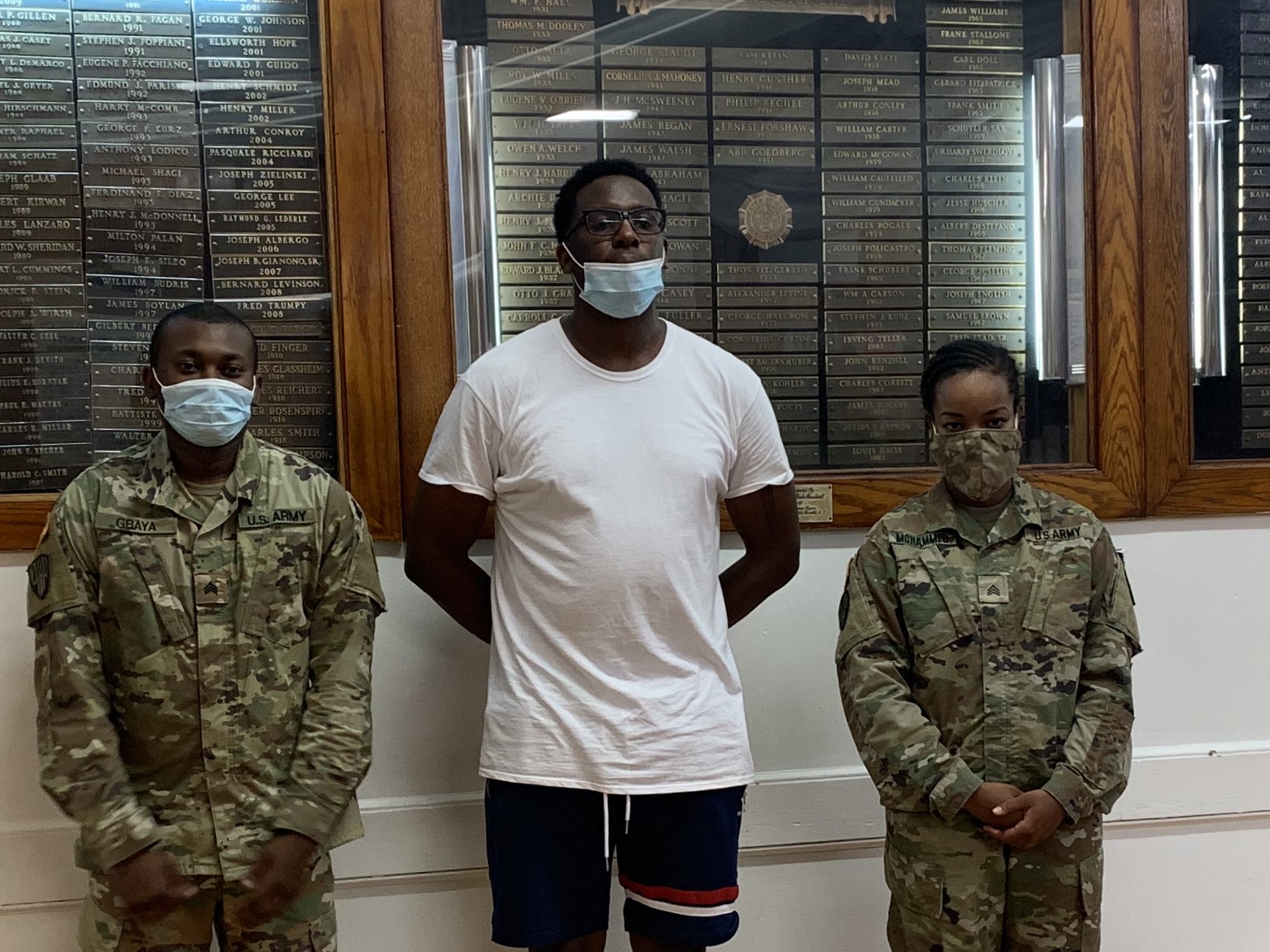 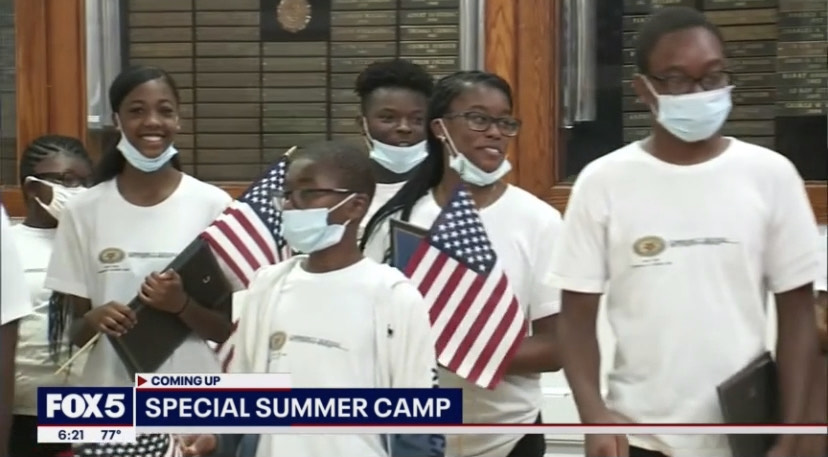