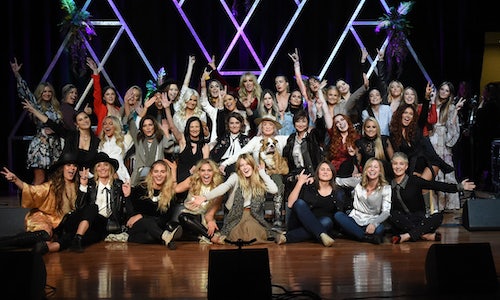 Equal Play does not exist for female artists in country music. Women’s powerful voices and legendary songs have defined country music, yet they are not played, streamed, toured, signed, or awarded at a level they deserve.

The 2019 Annenberg Inclusion Initiative found only 16% of all country artists are female. Dr. Jada E. Watson’s 2019 Gender Representation on Country Format Radio report detailed a 66% decline in spins for female artists over the past two decades with the ratio of programmed radio spins for male to female artists being 10:1.

The data provides clear evidence of a deep systemic issue within the country music industry. The lack of female representation has added to stigmas within the industry that female artists are bad for business, perpetuating the falsehood that “fans don’t want to hear female artists” and entrenching a vicious cycle of discrimination across all industry touchpoints for success.

In early 2020, CMT launched the CMT Equal Play campaign leading an industry-wide commitment for change with the goal of parity for women in country setting the stage for all artists to have equal opportunities for success.

The CMT Equal Play campaign evolved from CMT’s long-standing commitment to supporting women in country music. In 2013, CMT’s Next Women of Country franchise launched as a first of its kind effort to amplify and spotlight developing female talent by showcasing emerging female artists across all CMT screens throughout the year. The initiative has expanded to include five tours, a digital series and more with notable alumnae achieving both commercial and critical acclaim.

CMT insights partnered with the leading radio and media research company, Coleman Insights, to create a first of its kind study on radio listeners’ attitudes towards gender representation in country music. The study concluded that the long standing myth, country listeners don’t want to hear more women, was unequivocally not true. Not only did the study disprove this long accepted and oft- repeated stigma, it showed that listeners were eager to hear more women and saw them as essential to the genre.

January 2020, CMT boldly announced 50/ 50 airplay for male and female artists across all music video hours on CMT and CMT Music channels. Shortly after, CMT Radio Live pledged equal play to their estimated 7 million monthly listeners, doubling airplay for female artists with its own 50% female playlist. CMT After MidNite debuted “CMT next Women of Country: Artist of the Month,” an on-air feature that directly impacts charting, allowing CMT, one additional spin per week for female artists on 230+ stations nationally syndicated by iHeartRadio’s Premiere Networks. The announcement created a prominent drum-beat for the campaign in the press, in preparation for the launch and generated organic praise and support on socials from legendary, cross-genre artists and fans.

The CMT Equal Play campaign officially launched in February, with the timely announcement of the research findings, centered around one of the most prominent industry events of the year, the Country Radio Seminar in Nashville. The results from both the CMT + Coleman Insights Equal Play Research and Dr. Jada Watson’s 2019 report on the inequality of country music were released via branded posts on socials and drove industry and audiences to CMTEqualplay.com.

During the kick-off night of CSR, over 75 industry leaders gathered at an exclusive event hosted by CMT coined by Variety magazine as “a data party.”  The respected leader in country music research, Coleman Insights, presented their findings declaring fans want to hear more women in country music and led a panel featuring an all-star lineup of Dr. Watson, Leslie Fram, SVP Music and Talent CMT, and executives from Big Machine Label Group, and Warner Music Nashville. The panel discussed industry influence and responsibility for change and sparked a spirited Q&A with the audience packed with country music tastemakers.

Following the launch of the campaign, CMT hosted a convening of industry insiders all committed to equal play. With major execs from across the industry from radio, streaming, touring, management, publishing, and more, the council is committed to working together to create impact and drive change. 7 months into the campaign, news broke that 5 women have topped the country charts in 2020 so far setting record numbers we haven’t seen in a decade or more. Furthermore, Dr. Jada Watson released a 6-month into Equal Play report that found:

There is still much work to be done, as women are still underrepresented and significant barriers exist, but 2020 was an indication of what CMT’s Equal Play can do to increase awareness, combat pervasive stigmas, and lead change. The campaign is prepared to take action in 2021 and will continue to engage industry and fans alike to create more opportunities for country music to be an inclusive, successful genre full of stories and music that reflect the diverse audience. 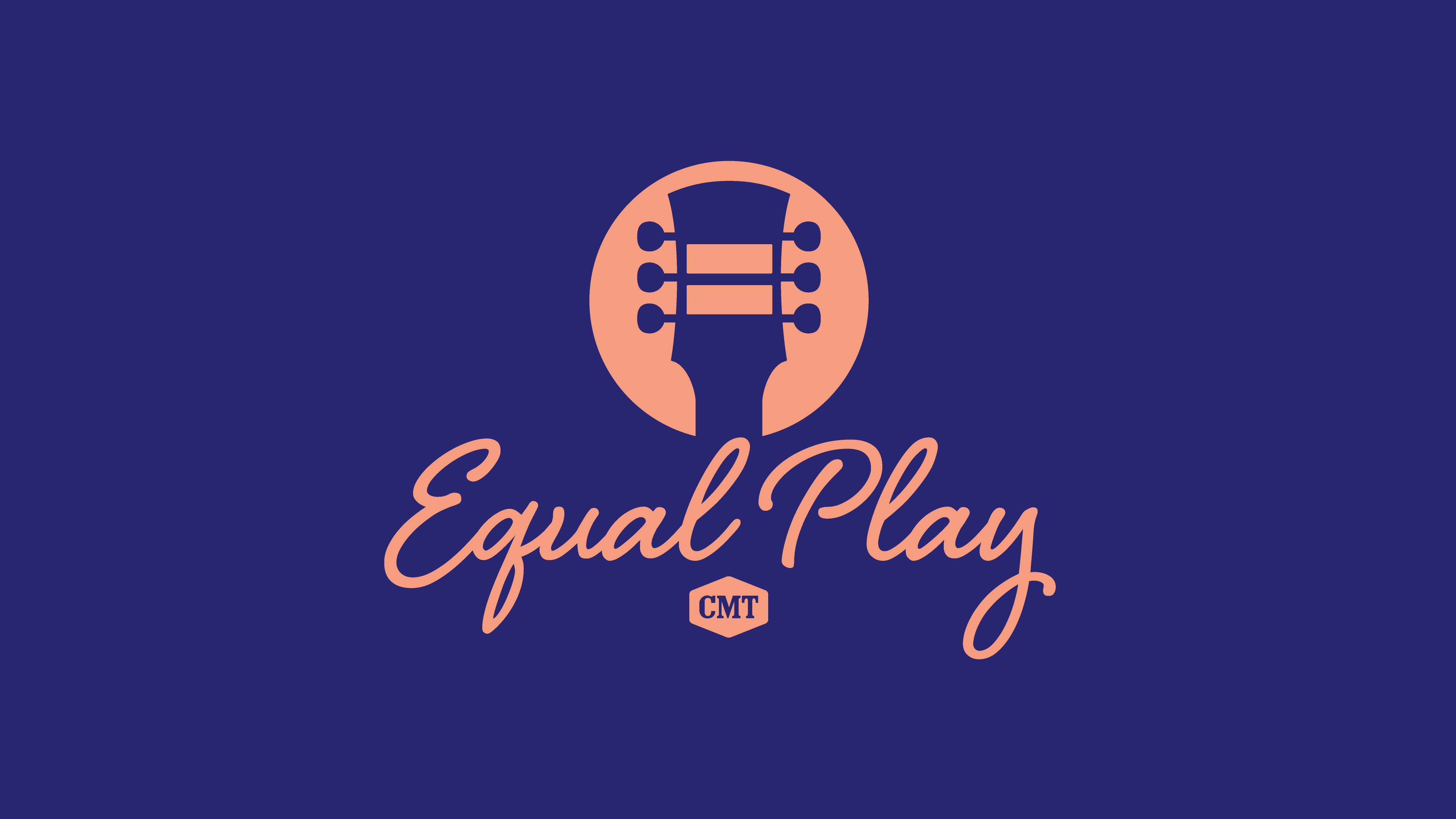 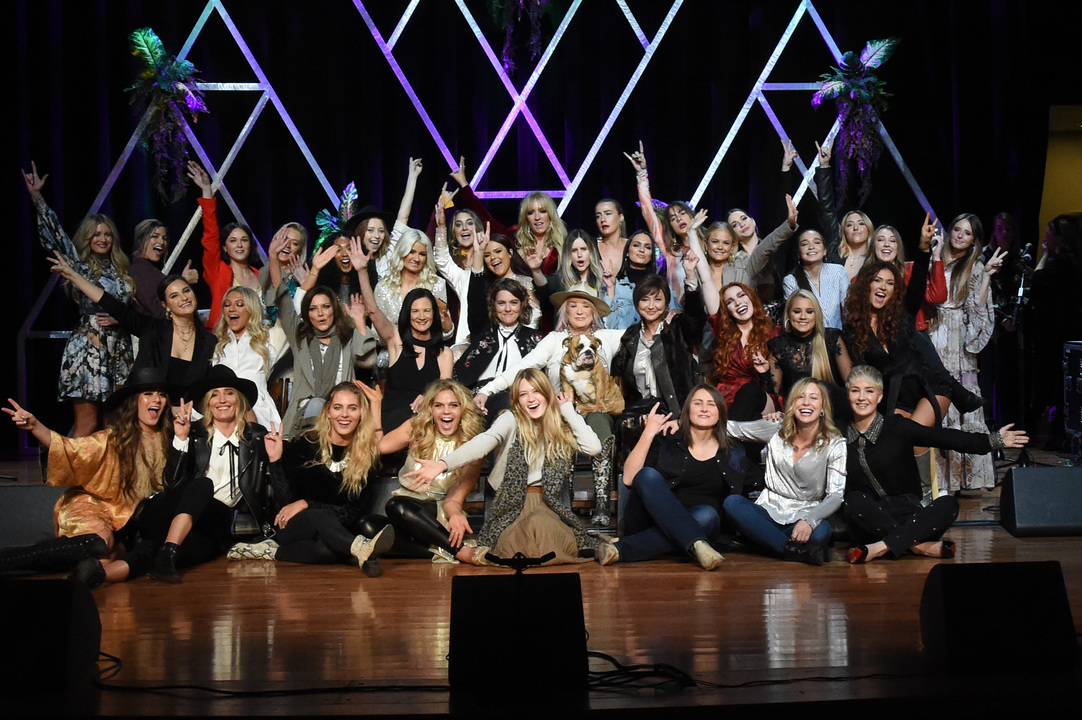