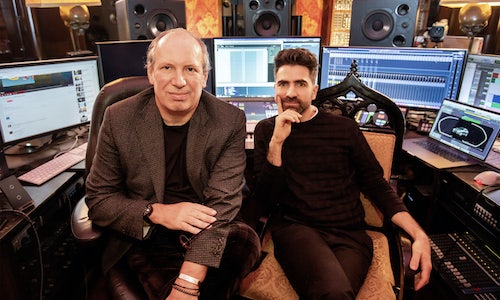 As electric vehicles continue to make up a larger share of the automotive marketplace, auto brands, governments, and consumers have identified one aspect noticeably absent from these vehicles -- sound. Safety concerns around electric vehicles’ lack of sound, in addition to the lack of emotional connection between driver and vehicle have been placed at the forefront of the conversation.

The revolutionary BMW IconicSounds Electric initiative set out to reinvigorate the experience between driver and electric vehicle, while helping to advance clean energy efforts.

BMW’s goal was to lead the way in giving its fleet of electric vehicles their own distinct emotional soundscapes to connect with the driver. We didn’t just want to create original sounds, we wanted to partner with an industry leader to create a series of soundscapes that would capture the heartshare and mindshare of consumers, press, and the automotive industry across the globe.

BMW has a long tradition of corporate sustainability and respect for the environment. Many of its sites globally utilize 100% renewable energy, and the company is introducing 25 new electrified vehicles by 2023.

For this groundbreaking initiative, Mirrored Media and BMW tapped world-renowned composer Hans Zimmer to help create the sound of the future. Zimmer and BMW Sound Designer Renzo Vitale set out to create an emotional connection out of silence and spearhead an industry-wide movement around sound. Throughout the initiative, Zimmer has appeared with BMW in countless podcasts, media spots, trade interviews, live streams, social media campaigns, and more - each of which has helped to reimagine electric mobility and promote a sustainable future.

IconicSounds Electric was debuted through the sound of the Vision M NEXT vehicle at its world premiere at #NEXTGen in Munich in 2019. While there were countless press talking points throughout the event, the media was keenly drawn to the IconicSounds Electric elements specifically. Zimmer made a series of keynote speeches and appearances about the significance of sound in electric vehicles, his creative process with Vitale, and the initiative overall. The Vision M NEXT and its groundbreaking audio were major talking points throughout #NEXTGen, helping to drive the initiative forward with increased anticipation.

The second major vehicle integration was the all-electric BMW Concept i4. The Concept i4 is a multi-sensory experience, including a soundscape exclusive to BMW that brings a new ambiance to the world of electric vehicles - all while generating zero local emissions. It was slated to debut at the Geneva Motorshow in early 2020; however, after the show’s sudden cancellation due to coronavirus, BMW pivoted to a much-anticipated online debut. The sound topic was an exciting highlight of the live press conference debut, with the majority of the press coverage of the Concept i4 featuring the sound of the vehicle and BMW’s partnership with Zimmer.

One of the highlights of CES 2020 was the BMW i Interaction EASE concept which offered a glimpse into the future featuring a soundscape developed with Zimmer. The cabin underscores the potential of intuitive, almost human-like interaction between passenger and vehicle. The challenge was using sound to turn the EASE moment into an authentic and emotional experience.

Zimmer was also featured in the BMW Welt’s Future Forum exhibit, which gave visitors a glimpse at the cities of tomorrow. The exhibit brought visionaries together to demonstrate what our future world could look and sound like. Zimmer was enlisted to envision audible characteristics of future cities and how they can harness the power of sustainability and clean energy.

IconicSounds Electric has been the primary driver behind this newfound EV sound movement and has given BMW a renewed lease on their innovative and sustainability streak. This is not just another campaign; rather it is a large-scale focal point of their worldwide strategy to change the way people interact with their electric vehicles while remaining focused on clean energy solutions.

BMW IconicSounds Electric spearheaded an industry-wide movement for EV sound and clean energy innovation. The campaign broadened the conversation and has continued to push the envelope in sound integration among clean energy vehicles.

The initiative has reinvigorated the experience between driver and electric vehicle, while helping to advance clean energy efforts in the automotive industry. We are driving more consumers to electric vehicles by showing that sustainability and an emotional connection between car and driver can go hand-in-hand.

As The New York Times writes, IconicSounds Electric has driven competing automakers like Jaguar, Mercedez, GM, and Volkswagen to focus additional resources on EV sound and develop similar initiatives. However, the piece highlights the key element that sets BMW apart, writing, “BMW is alone in hiring a composer with Mr. Zimmer’s repertoire, and this work is a labor of love for the German-born musician.”

The initiative was even featured on CNN’s Brand Studio on innovation.

Ultimately, we created an emotional connection out of silence and spearheaded an industry-wide movement around sound, all while promoting a sustainable, clean-energy future. 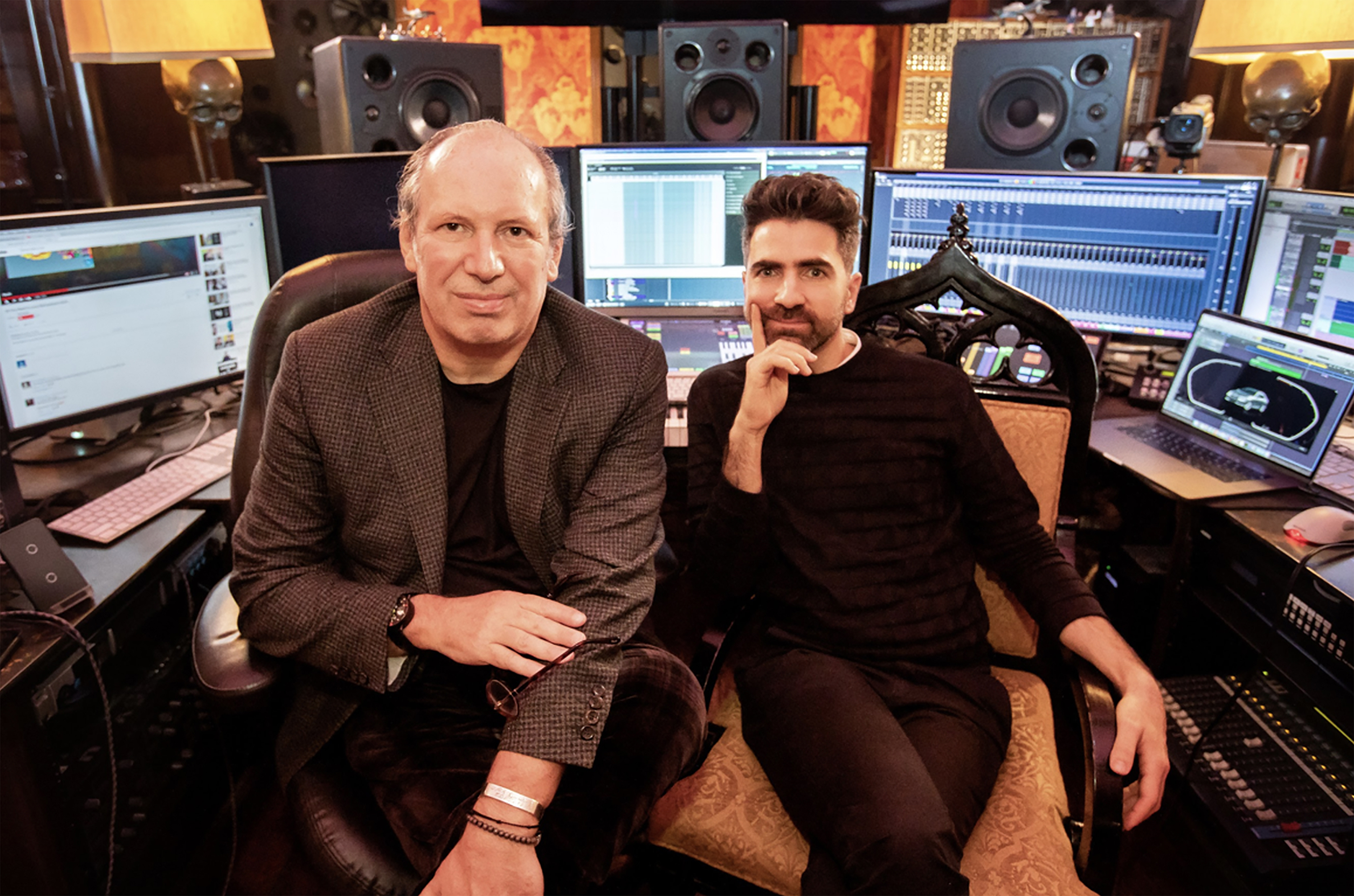 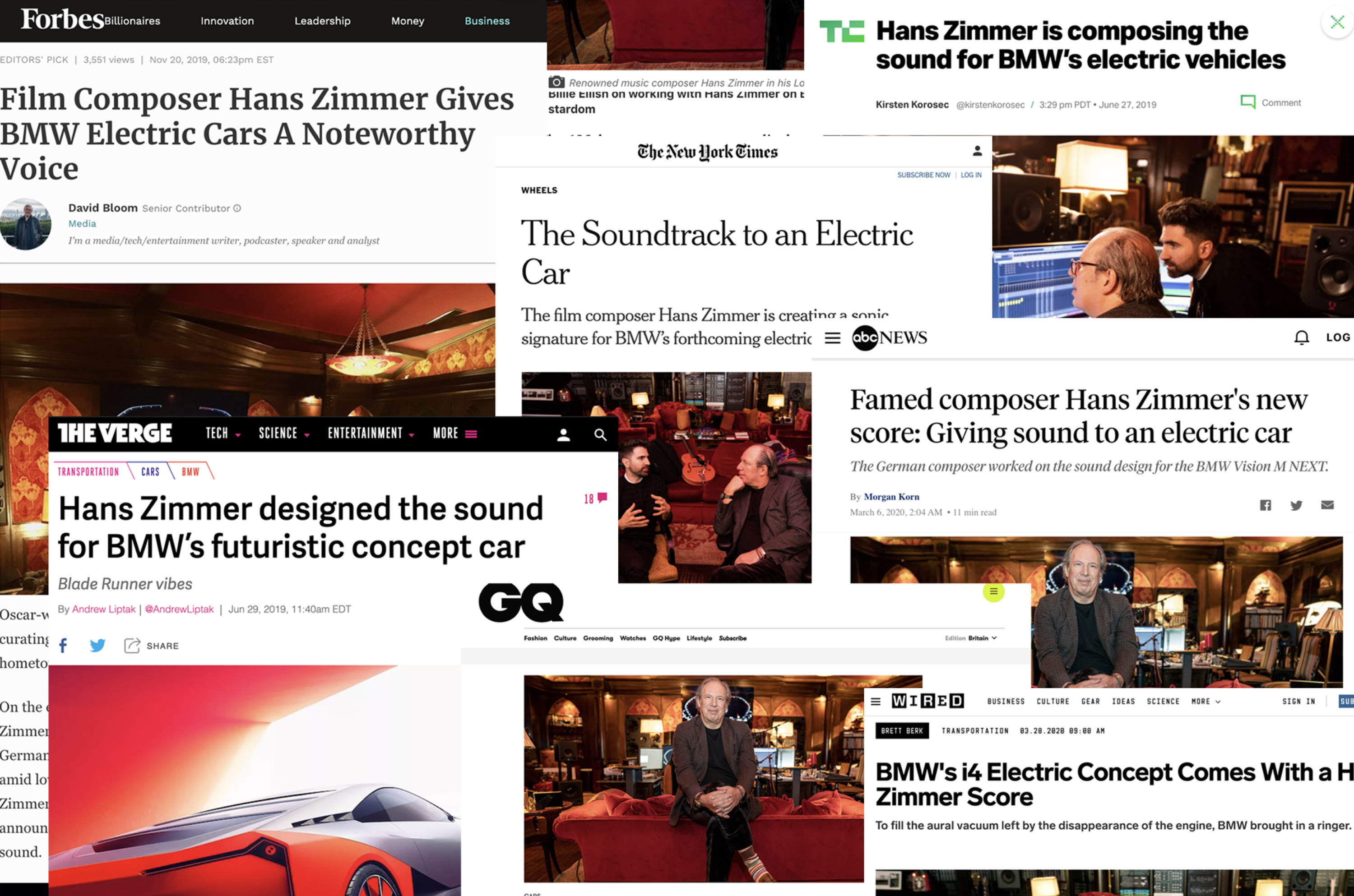 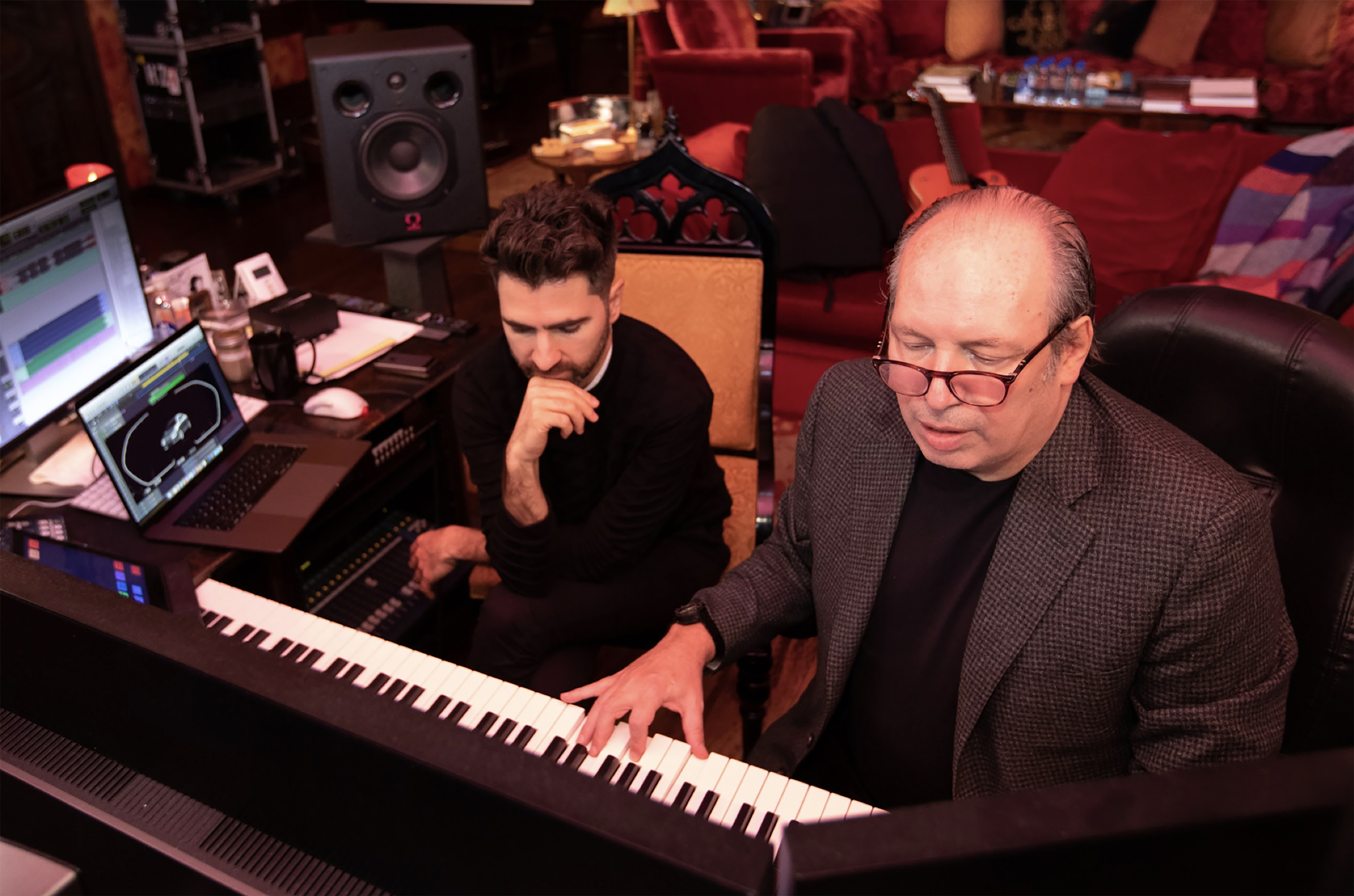 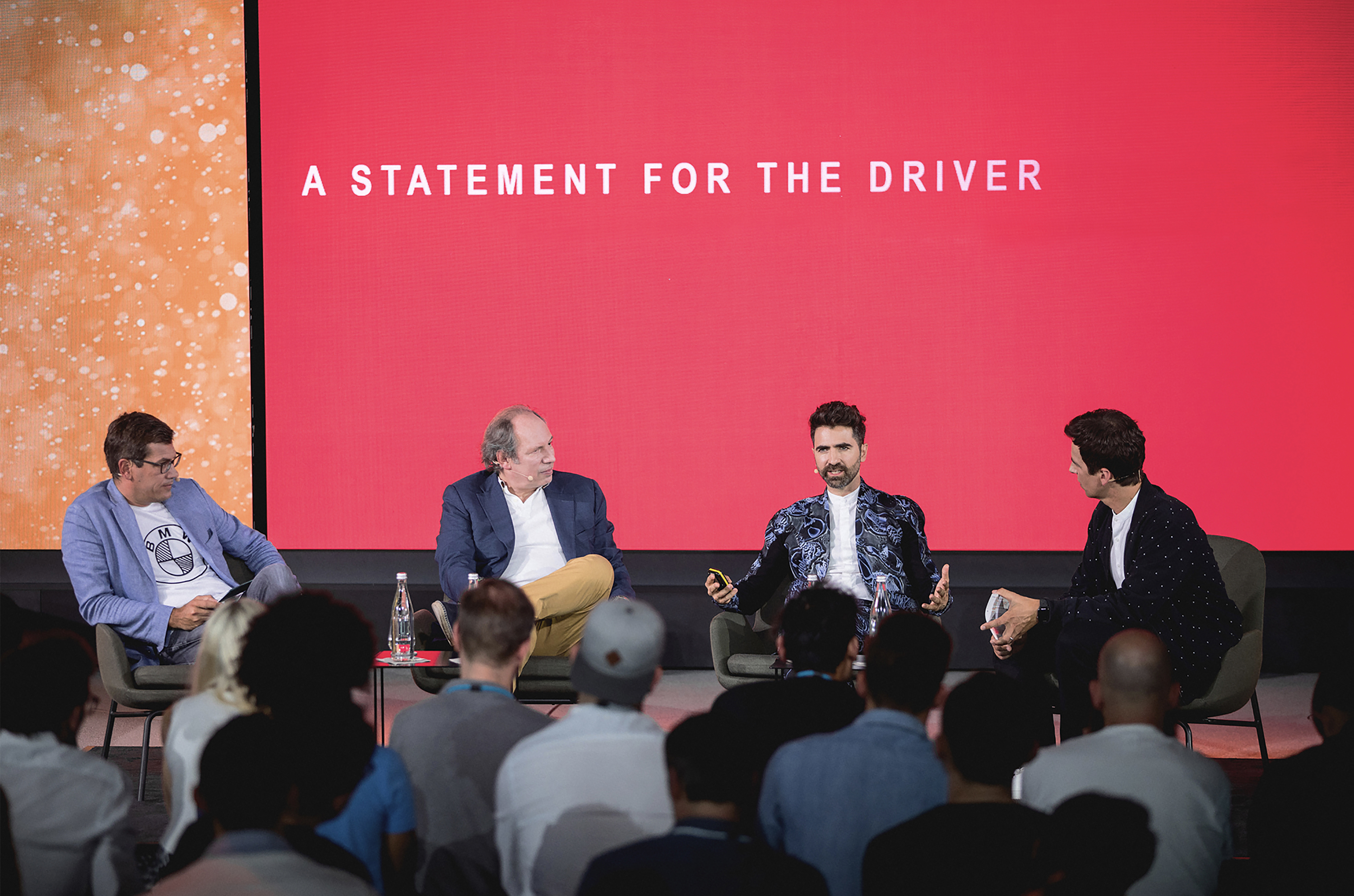 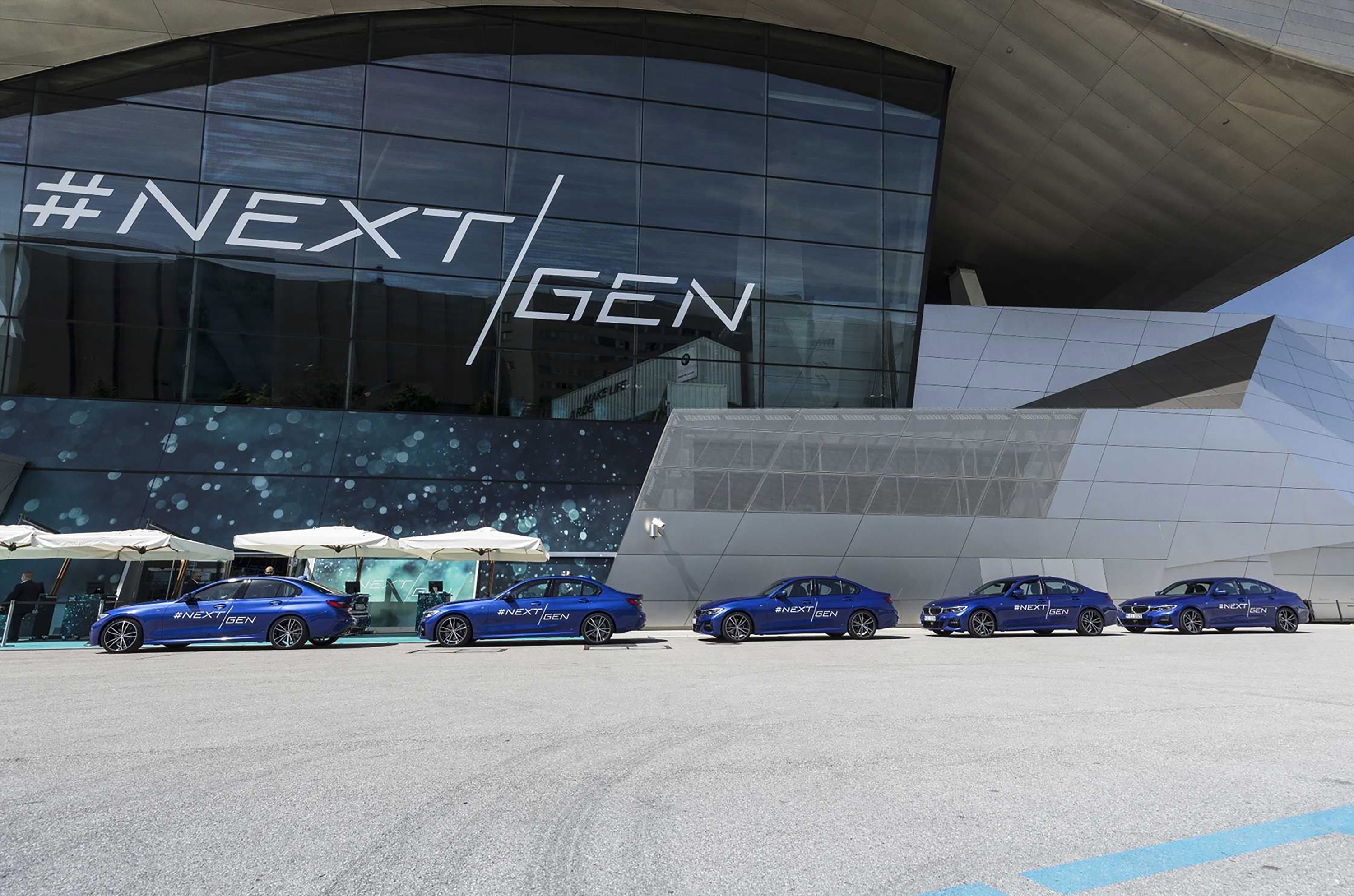 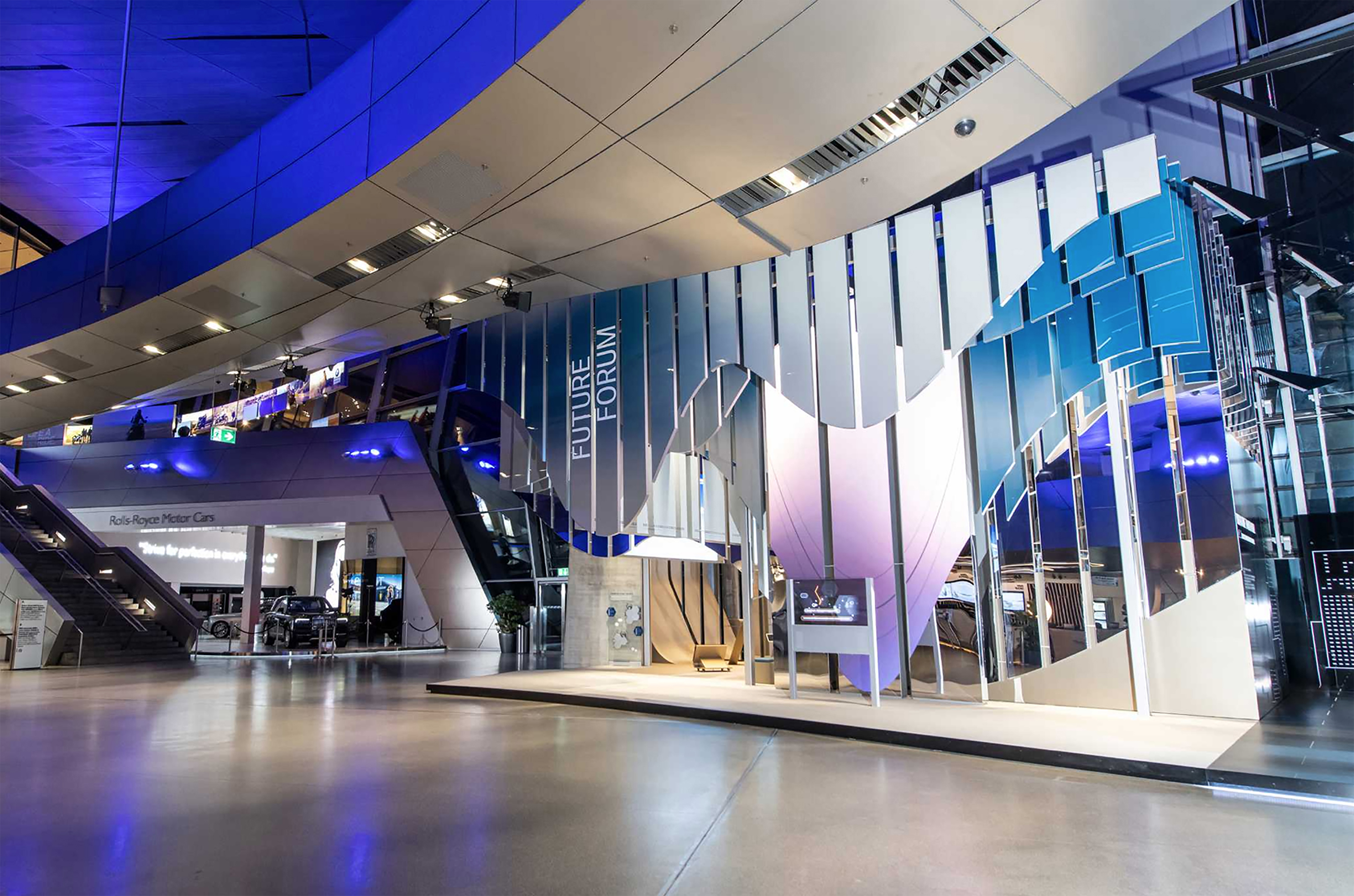 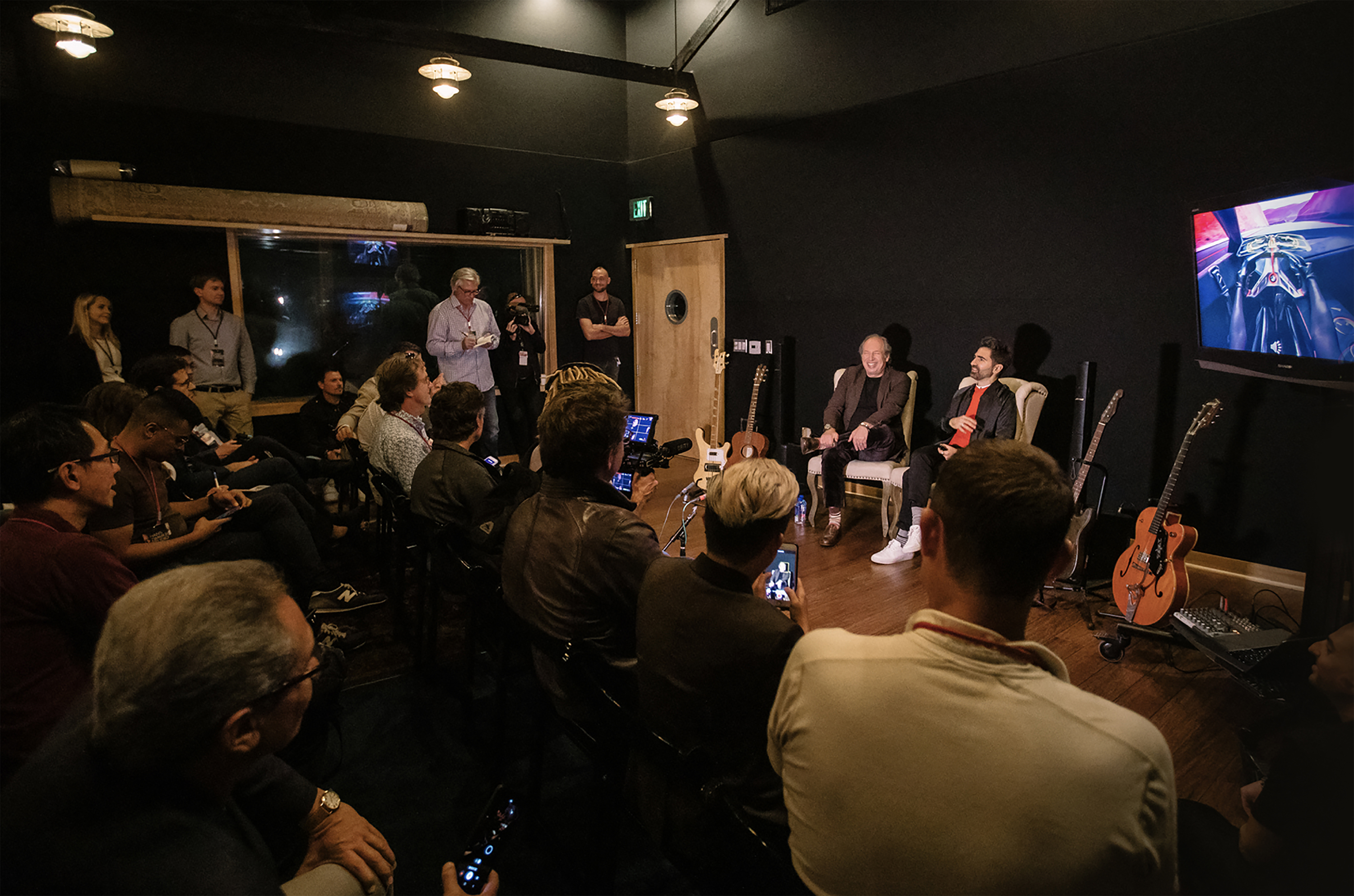 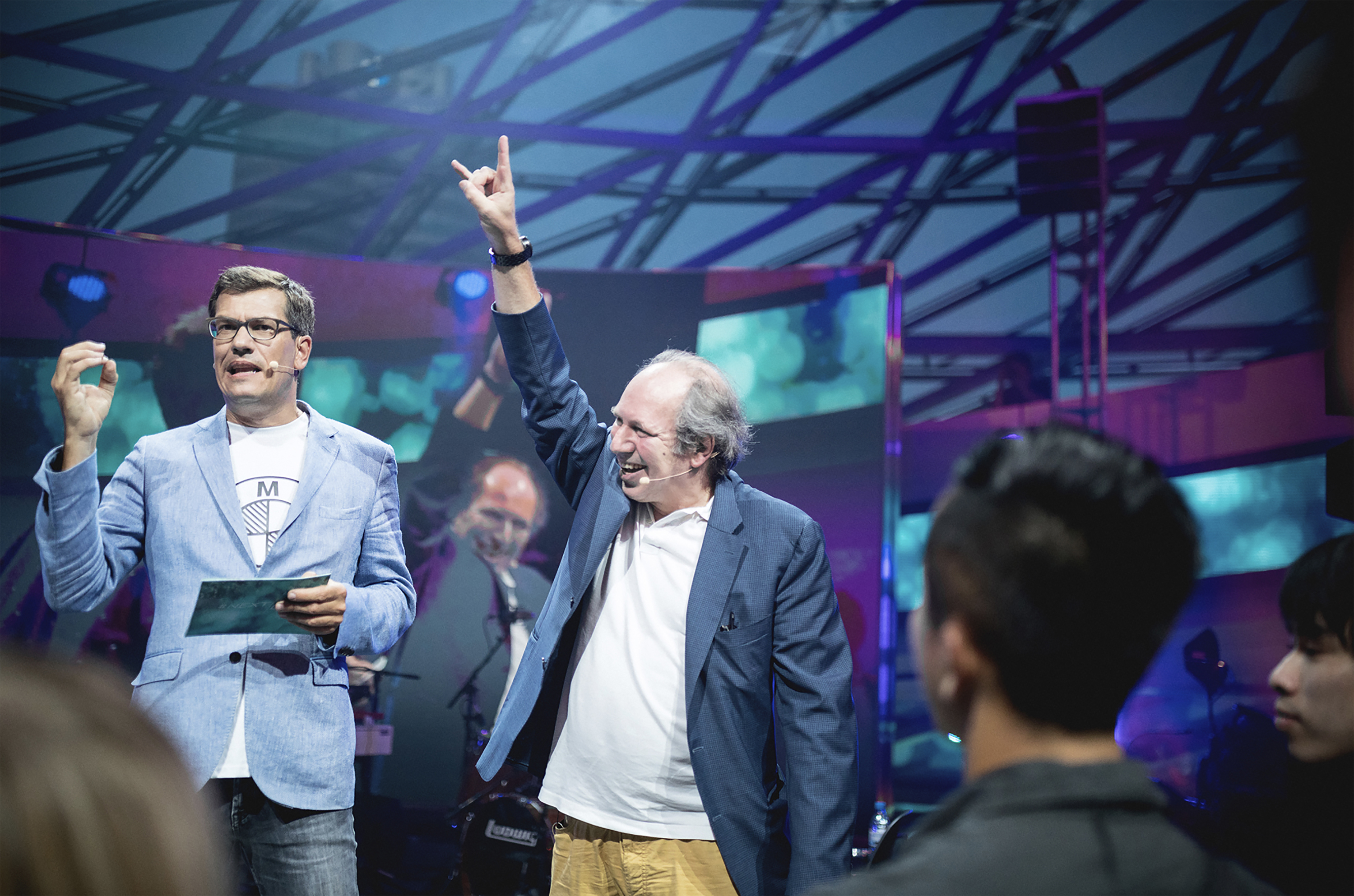 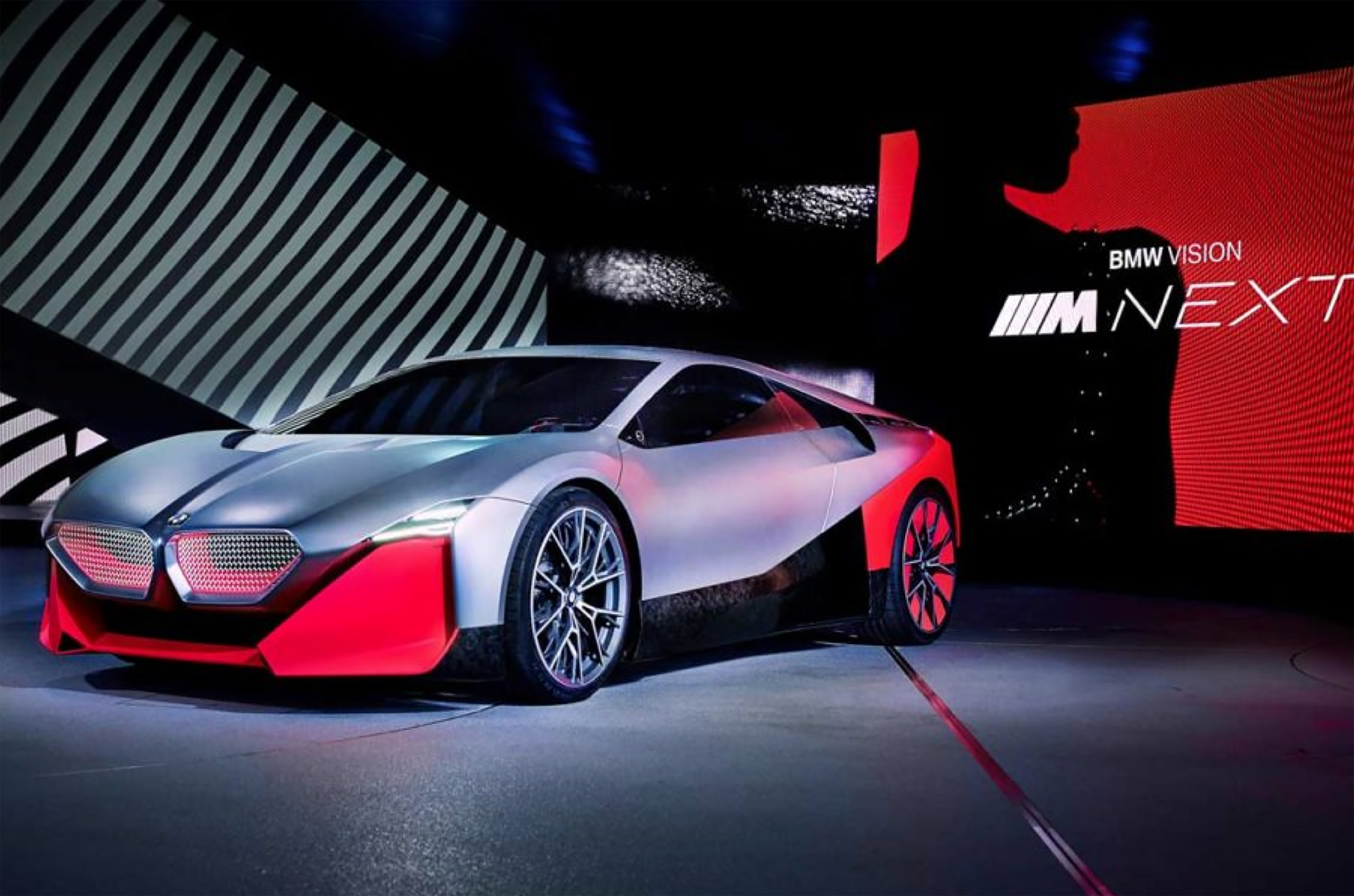 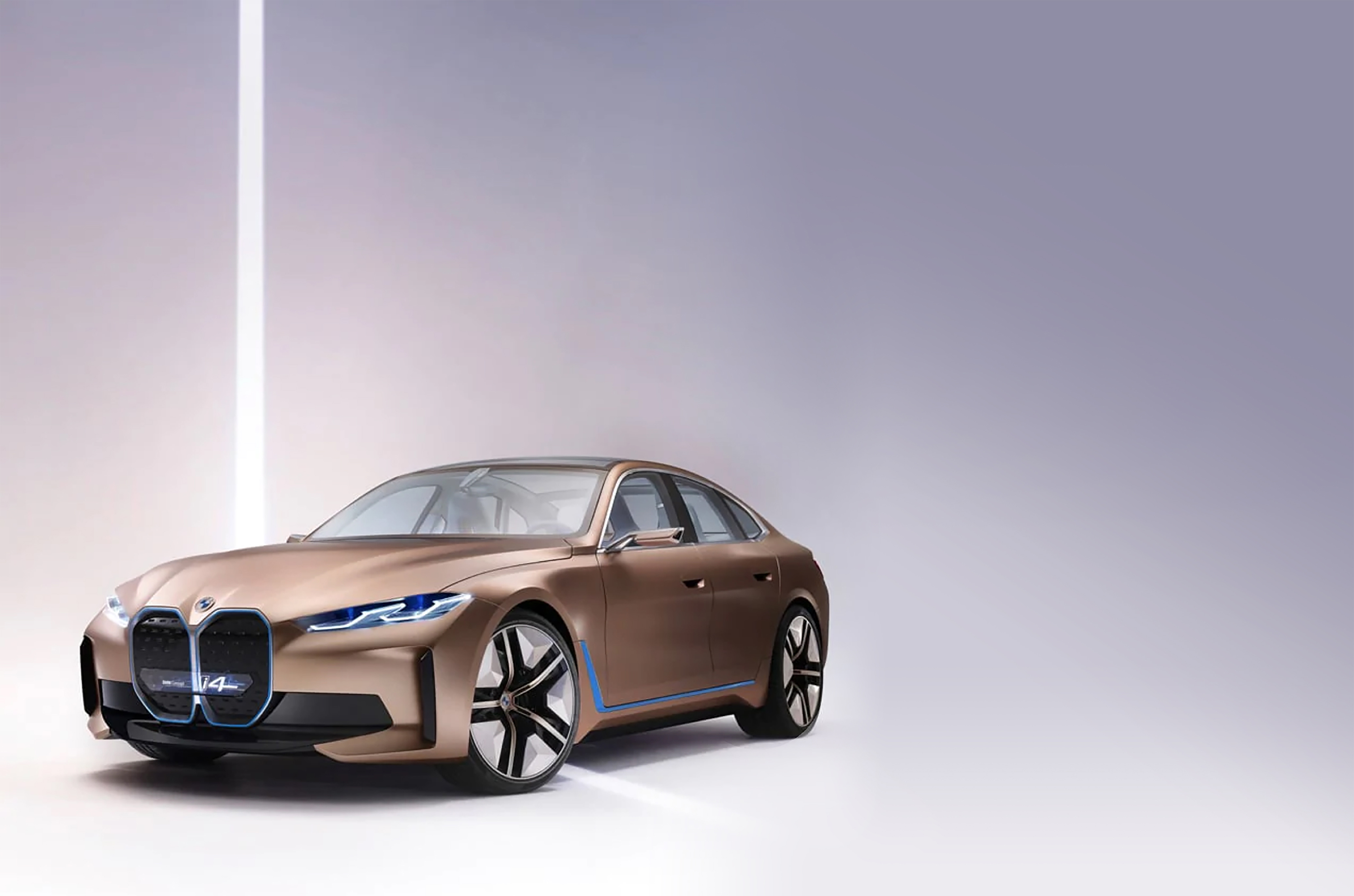