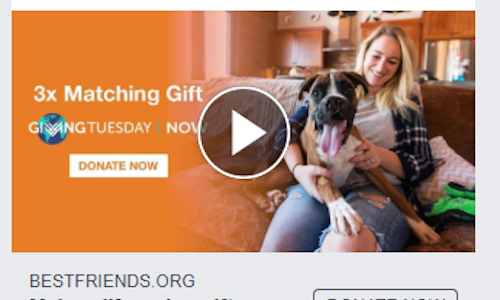 Best Friends Animal Society (BFAS) is a nonprofit organization that enables anyone and everyone to help end the killing in America’s animal shelters through community partnerships built across the United States. The group does outreach nationwide with shelters, rescue groups and members to promote pet adoption, no-kill animal rescue, and safe spay-and-neuter practices

When #GivingTuesdayNow (May 5th 2020) was launched in response to the urgent and unprecedented need caused by COVID-19, Best Friends knew they wanted to do their part to join in on this real-time, global day of giving and unity. However, given that the focus of the global pandemic crisis was about helping humans first and foremost, the teams faced the challenge of navigating the right messaging to help pets in need through whole family support, and why it was still relevant and critical during the height of the pandemic. The main goal of the campaign was to drive donations for their organization in order to fulfill their mission of helping animals in need across America.

Best Friends Animal Society has been working with the ForwardPMX team on their paid and organic media programs for almost two years. When Best Friends came to ForwardPMX with the goal to sucessfully activate on the newly announced #GivingTuesdayNow campaign, ForwardPMX helped them shift their strategy in just a few weeks time. Working swiftly and creatively, the team devised a strategy to target BFAS's current donor base, individuals who watch their videos on Facebook, and also a lookalike audience, to garner possible new donors with a cohesive paid social campaign to span the week leading up to Giving Tuesday Now. In total, the audience set had a possible reach of 12 million individuals, a number that was big enough to have the scale the campaign needed but not too large that they would miss their most engaged donors.

The team mainly leveraged video assets in the campaign, as they have found from previous efforts that they are the most effective at engaging with their audiences (who doesn’t love a cute pet video?!). Imagery for the campaign focused on pets AND their people. The ads educated audiences about how they could help animals during a crisis like COVID-19, as well as how they should care for their own pets at home, in addition to calling for donations and matches. The team also included an ad for their specially created Best Friends coloring book, which was a softer portion of that campaign that strove to incorporate the playfulness that the brand is known for, as well as provide a fun activity for people to do during lockdown.

Further, the campaign activated around the virality and energy building up to the actual day of giving, May 5, 2020, and focused on continuing to build up BFAS's vibrant online community, while ensuring they could retarget individuals who interacted with their content. The organic social team provided essential cross channel support by hosting Facebook Live events that helped drive the fundraising efforts. The campaign also included an email campaign with similar messaging that further built up anticipation around #GivingTuesdayNow and reached their donor base with a cohesive story. These elements demonstrate how nimble the teams were to pivot their strategy on such short notice, and also highlight their creativity for adapting their cause to the current environment.

Together, ForwardPMX and Best Friends Animal Society were able to make a small marketing budget for farther than they ever could have imagined, achieving a reach greater than many of their much larger competitors. The paid social campaigns raised $91.3K during the seven-day flight with 97% of said revenue from the Giving Tuesday Now campaign, specifically. Donation volumes and revenue also saw consistent day over day increases as the campaign progressed, with the most revenue raised on the day of Giving Tuesday Now, demonstrating the effectiveness of the content to drive action and generate donations. Also notable, the strongest 1x ROAS ($5.72) and 1x AGV ($66) were generated the day prior, with the overall 1x ROAS being $4.50. One particular ad creative drove a whopping $55K in revenue alone! Talk about effectiveness, relevant AND impactful creative!

The $91.3K in revenue represents a huge success for Best Friends, and even more importantly, represents so many animal lives saved. The teams were successful in driving home the message that causes like theirs still have an important place in a pandemic world. And on another level, the team members can be confident in their abilities to adapt their strategy to the changing world. 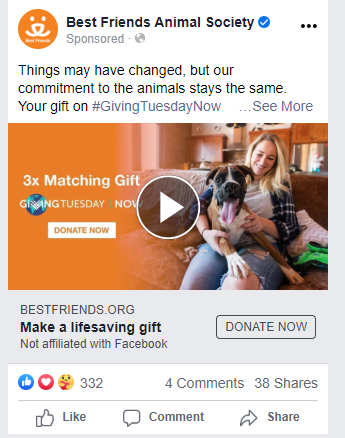 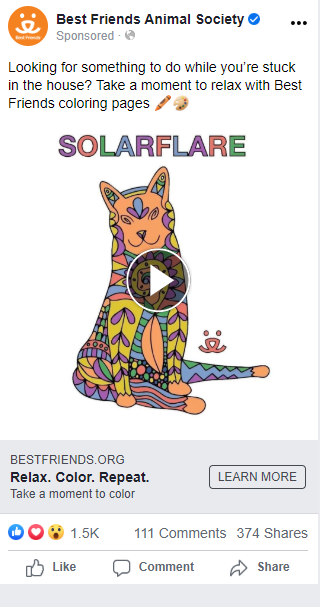 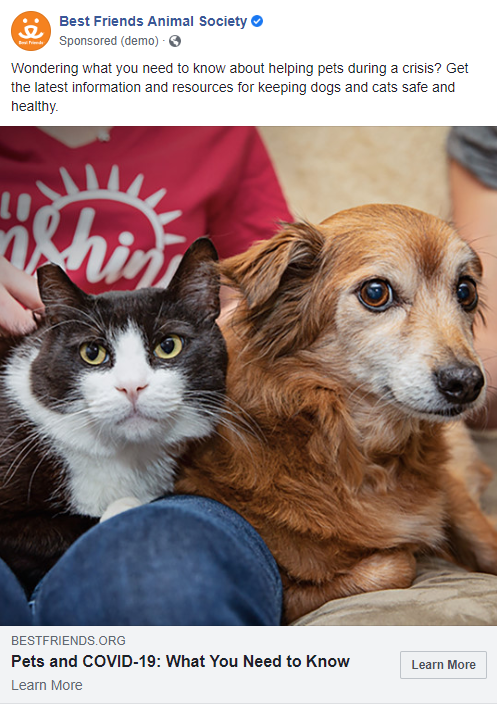 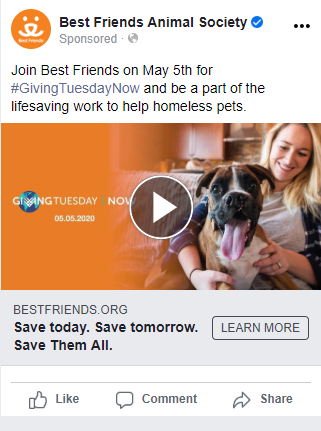 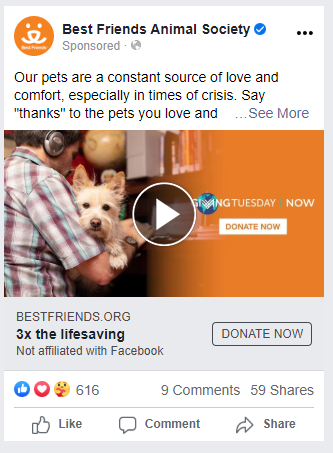 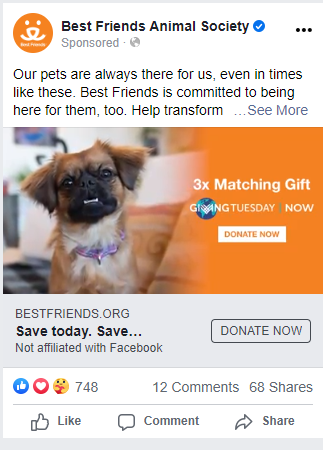 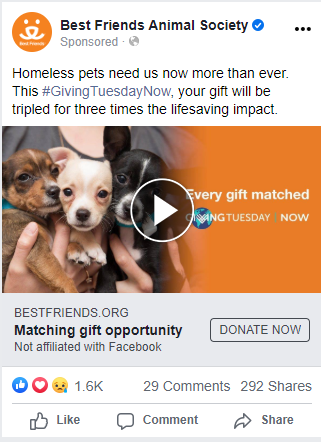 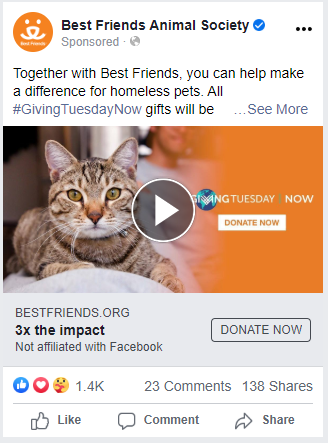 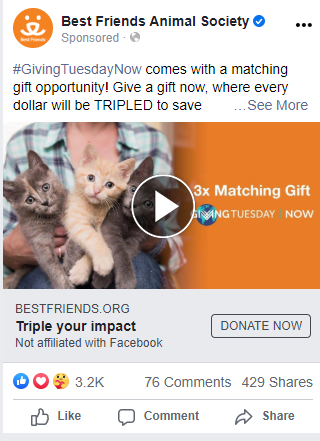