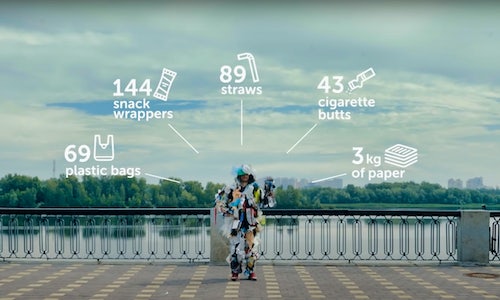 The revenge of the junk | Anti-littering project by CleanMyMac X

Littering is an ever-increasing worldwide problem. The well-being of people, animals, and the environment is compromised by litter. People can become injured by items such as broken glass and are susceptible to disease caused by unsanitary conditions. Animals are at risk to ingest garbage and become trapped and debilitated by waste.

9 billion tons of litter are dumped in the ocean every year. According to a study by the Dutch organization VROM, 80% of people claim that "everybody leaves a piece of paper, tin or something, on the street behind". Cigarette butts are the most littered item in the world, with 4.5 trillion discarded each year. Estimates on the required time for cigarette butts to break down vary, ranging from five years to 400 years for complete degradation. Littering costs authorities money, too. In the US, $11.5 billion is an estimated amount spent on cleaning up litter every year. According to a Canadian source called CureLitte, 16 feet is an average distance of litter from a trash can.

As a company behind CleanMyMac X, world’s most popular Mac cleaning software, MacPaw made green projects the centerpiece of its 10-year anniversary effort to give back to the community and has supported related causes for several years with donations and resources. The company started expanding its program in 2018 with the launch of a series of #CleanMyCity environmental cleanups and challenged some of the other large, well-known technology companies in Ukraine, the company’s home country, to participate as well.

MacPaw’s flagship product CleanMyMac X deletes junk on millions of Mac computers, and the company firmly believes that fighting junk should go beyond digital. Everyone can remove a bit of waste from this planet, whether it’s gigabytes or garbage bags.

To raise awareness about littering, MacPaw launched #CleanMyCity, a series of urban cleanups. In 2019, the MacPaw team wanted to grow the initiative and created resources so anyone could hold their own #CleanMyCity event.

To promote our 2019 cleanup and remind people that throwing litter can be scary, MacPaw created an anti-littering campaign to bring awareness of the problem with people littering in Kyiv, Ukraine. It featured Junkman, the first hero made entirely out of junk: 69 plastic bags, 144 snack wrappers, 89 straws, 43 cigarette butts, and 3 kg of paper.

For two days, the guy, dressed as Junkman, realistically crouched in different places around the city. Whenever passersby would discard their own refuse onto his unseen back, Junkman sprang up and gave chase. The unexpected action scared litterers enough to convince them to properly dispose of their refuse.

The Junkman is followed around the city by a van with the crew to film that was later edited into a video to promote the new #CleanMyCity campaign and further support of the company’s efforts to protect the environment.

The numbers show it all: 17,640 kg of litter were cleaned off the streets of Kyiv by #CleanMyCity campaigns, with 14 companies joining the challenge on Twitter and Facebook.

The main goal of the campaign was to increase brand awareness, with a simple KPI: to achieve 500,000 views. The videos, across various platforms, ended up recording more than 8.5 million views.

The engagement was also overwhelming, with 240,000 re-shares, comments and resoundingly positive feedback from our customers.

The video was also picked up and covered by most major national media in Ukraine, including newspapers and TV channels, highlighting the public problem of littering and seeking to change the behavior of urban populations. It was highlighted by more than 40 online publications within the first two weeks of release. The most views came from Ukraine, Russia, USA, Germany and Japan. 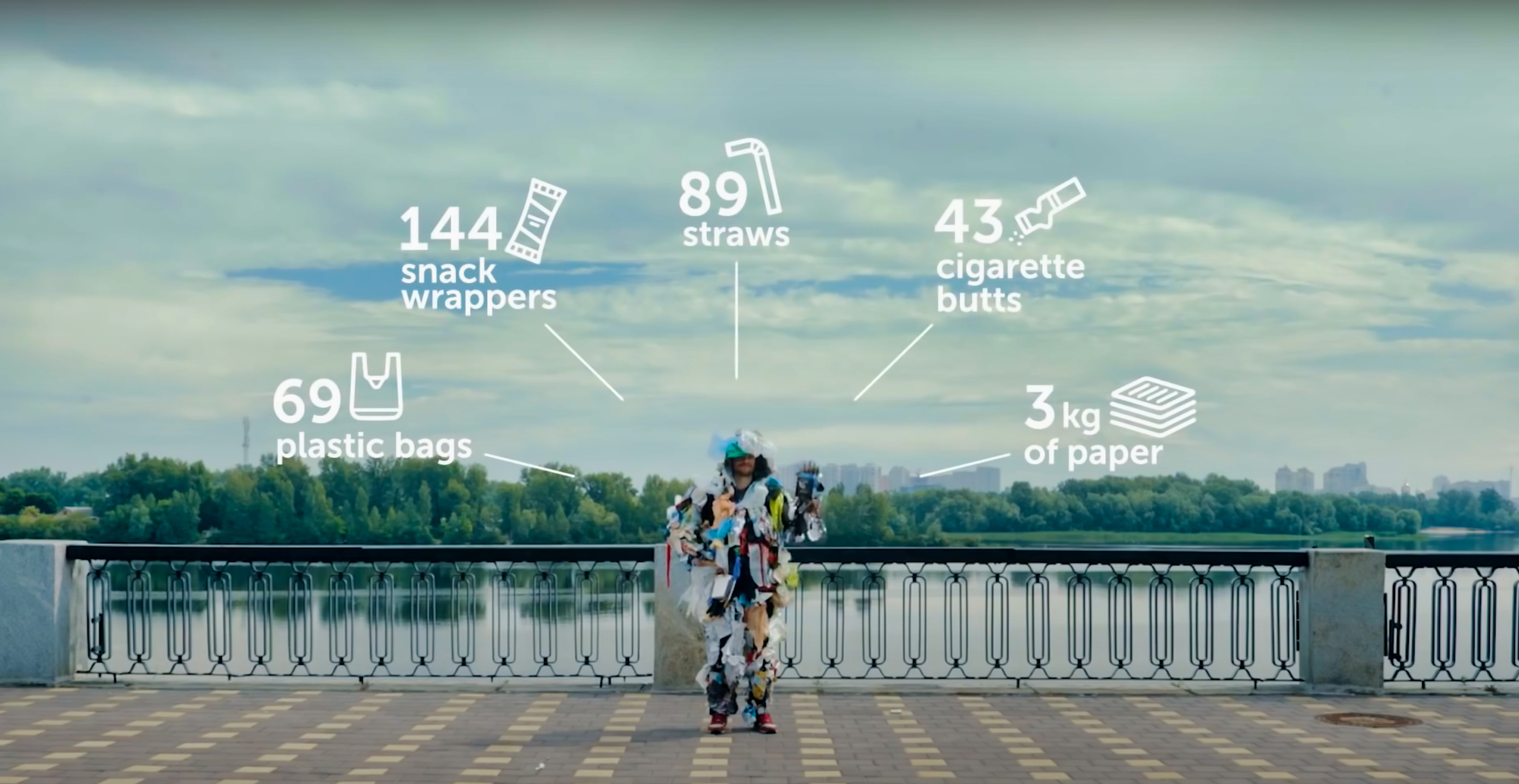