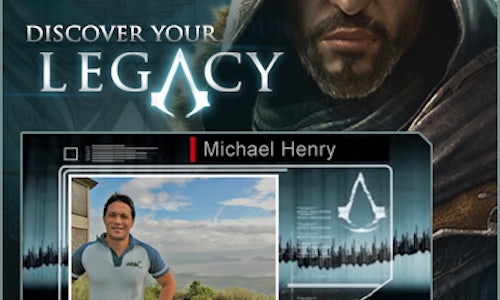 Winner in Campaign for Games

To drive preorders for Assassin's Creed: Revelations we appealed to the franchise's rabid fan base with a highly targeted digital execution that spurred them to share their passion with friends. We scripted and produced a series of "Legacy" videos with a killer interactive hook that allowed fans to explore their family history and its connections to the Assassin's Creed universe. A clever algorithm pulled deeply personal bits of data and singled out meaningful friendships within Facebook for a fun, unsettling result that actually creeped out many users. Fans flocked to the app in droves, eagerly compared notes on the official Facebook page, and even created a robust entry within Wikia that detailed all of the characters and stories introduced in the campaign. Fans ended up creating over 175,000 uniquely personal videos and shared them to over 450,000 friends in just a handful of weeks.We set out to tell exciting new stories that took place in the Assassin’s Creed universe that fans could feel were their very own. We created diverging storylines with branching voiceovers and inserted deeply personal information to make each user experience unique. Working closely with the client’s digital marketing team, we blended expert storytelling and inventive technology to create something we were all proud of. Using Facebook’s Open Graph API, we pulled in targeted bits of information including the user’s religion, age, gender and we even used our own algorithm to identify the user’s best friends. We added our creative vision to the storytelling, which made fans feel like the Assassin’s Creed universe was coming to life in their own family tree. The resulting videos were both surprising and unsettling, making them supremely shareable. 100,000 people shared their videos within the first few days alone, which encouraged secondary viewers to create their own video experiences. The campaign was an overwhelming success for our client. Over 175,000 unique videos were generated by Assassin’s Creed fans and nearly a half million videos were watched on Facebook. Even more interesting is that the campaign spread beyond Facebook as fans of the series worked together on forums and chat rooms to build out detailed Wikia entries for all six storylines and the new characters introduced through the campaign. This level of enthusiasm can only be sparked through expert storytelling, innovative use of video technology and our creative spin on highly personalized online content. Assassin’s Creed: Discover Your Legacy ended up making Assassin’s Creed: Revelations one of our clients’ most successful game releases of 2011. 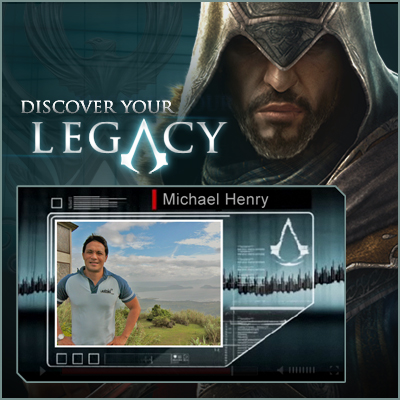