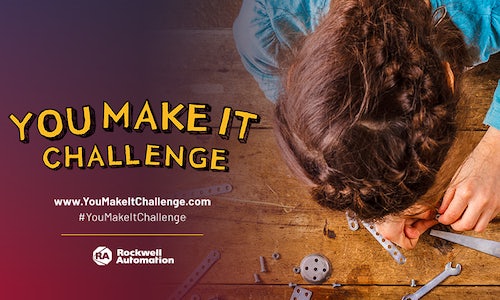 You Make It Challenge

With the STEM skills gap in our future, this program was launched to inspire students to explore their STEM imagination with a chance to solve real world problems. The goal of the You Make It Challenge was to engage the next generation of innovators, builders and makers with a challenge to submit their ideas to make the world better. We asked students aged 8-17 in the U.S. to submit their big idea in any format they chose for a chance to be selected as one of three finalists who win a grant toward a FIRST program of their choice and an all-expenses-paid trip to Chicago. The three finalists were paired with a Rockwell Automation mentor to help them present their idea to industry leaders at Automation Fair®, the premier industrial automation event. One grand-prize winner will then receive a personal Maker Space Kit worth ~$7,500.

The You Make It Challenge strategy was to capture the attention of youth who have imaginations in high demand for tomorrow’s STEM careers. By running this campaign, we inspired young minds to imagine the world-changing possibilities in their future as a builder, innovator or maker.

We partnered with companies like FIRST Robotics and BattleBots® to help spread the word about the challenge to uniquely similar audiences. These partnerships allowed us to collaborate through social media engagement to amplify the message beyond our own social media reach. The engagement tactics used included content tagging, likes, comments, shares and close collaboration between social media departments.

One additional element that makes this campaign stand apart is the balance between differentiating the campaign from our ongoing social media content while tightly aligning it with our overall social media voice. This campaign helped Rockwell Automation exercise a new brand voice, with emphasis on our brand promise of Expanding Human Possibility. In short, we were able to share a very important message that will impact the entire industry in the form of an engagement campaign to the perfect future social media audience who have the power to help solve the problem.

With 34 entries to the challenge, we exceeded our target entry goal by 70%. Our You Make It Challenge video was viewed over 300,000 times. The challenge garnered 300,000+ impressions on social media, 1,500+ clicks, 11,000+ engagements and drove 15,000+ new followers on all social media platforms as well as 400 print, online and broadcast television media placements.

Additionally, an employee activation strategy was implemented resulting in reaching a new audience of 125,000+ people through the use of LinkedIn resulting in an additional 60 shares of the You Make It Challenge video.

Our goal of reaching a new audience of young builders, innovators and makers was met not only by exceeding expected challenge participation but also by further amplifying the message to the social networks of the participants and their friends and families.

Video for You Make It Challenge 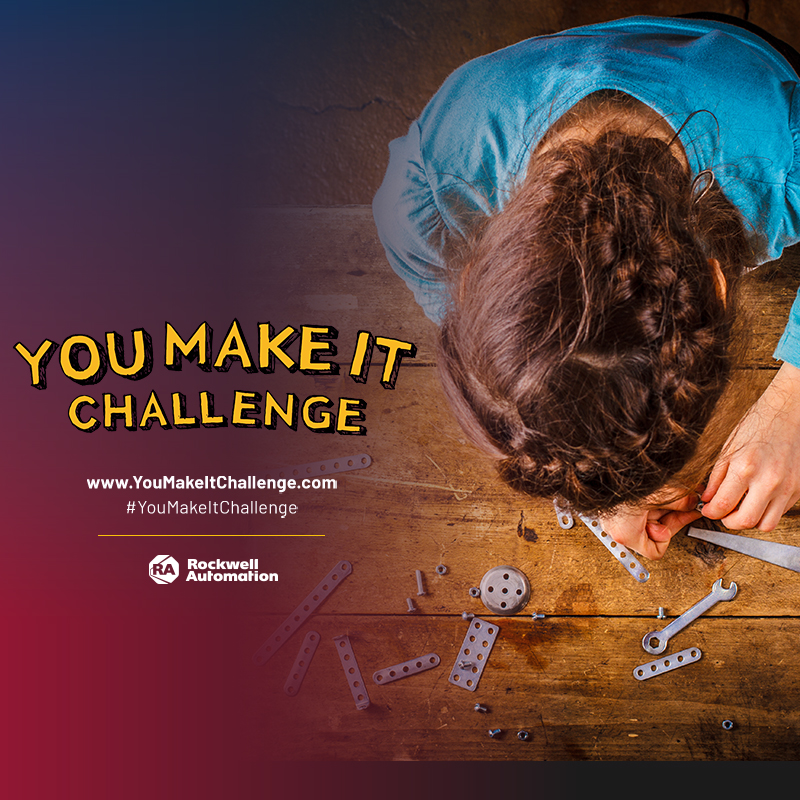